The Plumber, the Lawyer and the Carpenter 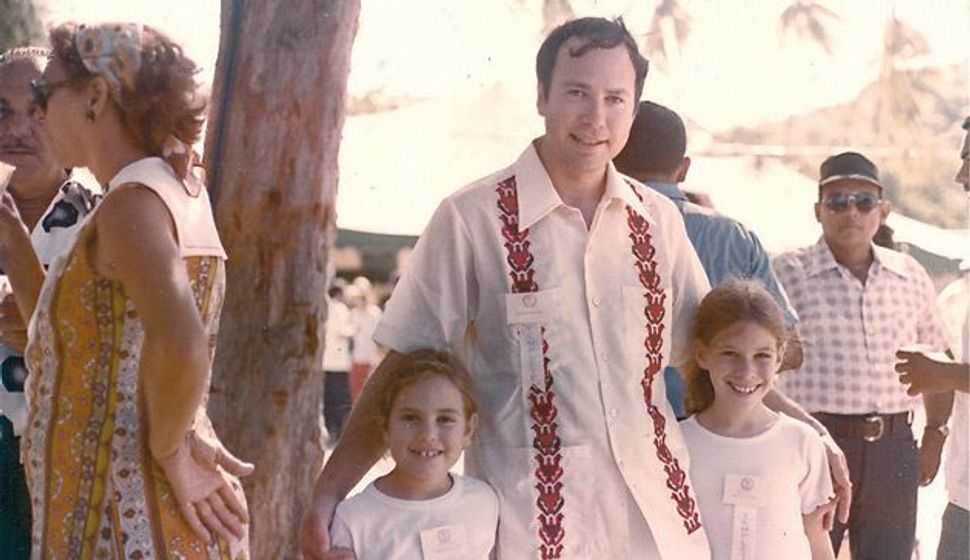 A few days after my father was diagnosed with pancreatic cancer, Harold the plumber came to fix my parents’ toilet. Mom told Harold about the cancer. Harold told Dad that surely it was Jesus who had sent him to fix the toilet, to help my father get right with him before he died. Dad didn’t have the heart to tell Harold that he was a Jew and an agnostic and that, furthermore, he was certain he’d be one of the small percentage of people diagnosed with stage-four pancreatic cancer who would survive, because that’s the kind of person he was: an odds-beater. 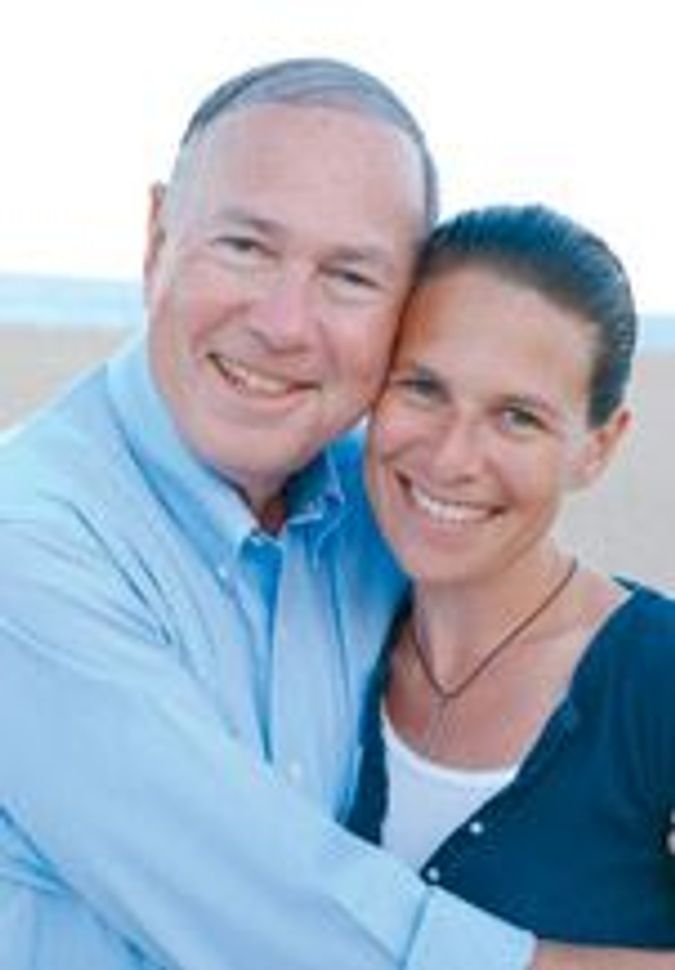 All Grown Up: Deborah Copaken Kogan with her father in summer 2008.

He’d just finished writing a book — his very first, at age 67! — about defeating the odds: in this case, the U.S. Navy, which was using the inhabited island of Culebra, off the coast of Puerto Rico, for target practice. The book, describing his legal odyssey to rid the island of mortar fire, was finally coming out, 37 years after he’d tapped out its first sentence. He had a lecture to deliver to a bunch of Caribbean scholars in San Juan in March at a celebration planned in his honor. And he’d be damned if he would miss the party.

Harold stood his ground and begged my father to take Jesus into his heart before it was too late. Damnation on earth, the plumber explained, was the least of his worries. My father smiled, paid the plumber and promised to think about it. That night, on the cancer blog we created for him, Dad described his conversation with Harold. “Whether it was Christ’s will or just Harold’s plumbing skill,” he concluded, “the toilet now flushes beautifully.”

As the weeks wore on and Dad grew sicker, he decided to take Jesus and Buddha and Vishnu and Yaweh and any other god ever invented by man into his heart as a simple precautionary measure. A lawyer who’d won most of the battles he fought, he knew the value of covering all bases. He’d kick himself, he told me, if after he died he found out there really was a heaven and a bunch of gods up there actually listening to sick people’s pleas.

But the day after Thanksgiving, Dad was rushed to the hospital. Eleven days later he was dead. His gods, all of them, had failed him, a mere three months before his book’s publication.

He did get to see a few early copies, however, and in his last act as a sentient being, after we thought we’d already lost him to the painkillers, he suddenly sat up in bed, yelled, “Pen!” and signed the last of his four daughters’ copies, mustering all of his will to write the following to my sister: “Dec. 6, 2008, Dear Jen, I love you so much. We have said what we needed to say last night. All my loe always. Love, Dad.” So what if he left off the “v” in love? The love was there on the page, as it had always been in our lives.

It was decided that I would write and deliver Dad’s lecture for him. The plan was to fly down to San Juan at the beginning of the week, do a bunch of TV, print and radio interviews, then give the lecture on a Thursday night at a celebratory reception whose guests would include Ramón Feliciano, former mayor of Culebra, and Raphael Hernández Colón, former governor of Puerto Rico, both of whom had grown quite close to my father during their mutual battle against the Navy.

I actually was looking forward to the trip. My family had been hit hard by the recession, and with our finances in shambles, I had little chance of traveling to the tropics for years to come. Plus, after all those frigid months, watching my father die and our bank account dwindle, I was craving a little sunshine.

But the gods, once again, refused to cooperate. It rained nonstop during the entire four days of my trip. I had underestimated how emotionally draining it would be to take my dead father’s place. Although I’d studied his book closely in preparation for the interviews, every question posed to me instead of him made my father’s absence that much more palpable. I found myself absentmindedly tapping the first few digits of his cell phone number into my PDA, the only physical place he still exists, as if I could just dial him up, wherever he is, whenever I’d like, and ask him to clarify.

The night of the celebration in his honor, one of the scholars in attendance showed footage of me, age 9, sitting up on a dais watching my father, age 34, waving to the cheering, grateful crowds on Flamenco Beach in 1975, the day the Navy was finally forced off the island. I’d had stars in my young eyes back then, watching my father receive his hero’s welcome, and being reminded of that sunny day long since past made me cry in a way I’d never cried before. Oh, sure, I’d cried at his bedside, as he took his last breath; and I’d wept at his funeral, as I eulogized him on the bimah; and I’d wailed at his gravesite, at the smack and patter of dirt hitting casket. But this was a different kind of mourning. I barely made it through the lecture.

After 12 hours had passed and I still could not stop crying, I went for a walk along the cobblestone alleyways of Old San Juan to try to clear the nimbus clouds gathering between my ears. It was dawn but still dark, still raining hard, and the umbrella I had wasn’t up to the task. I ducked into the nearest building to warm up and dry off.

When I realized where I was — in the vestibule of an empty church — I recalled Harold the plumber’s dire warning to my father: Take Jesus into your heart or face damnation. I am my father’s daughter, a firm agnostic and rationalist, but willing to try anything if it’ll work. So I walked up to the second pew, knelt down and, Jew that I am, prayed to Jesus for a revelation.

But staring up at that wooden man on his cross, my hands clasped together, the only revelation that came to me was this: “I get it. You’re suffering; I’m suffering! No wonder Christianity spread like wildfire.” I suddenly felt ridiculous kneeling there in that church. But I also felt, for lack of a better word, Jewish. More Jewish, in fact, than I’d ever felt. “Sorry, God,” I said, to no god in particular. Then I stood up, walked out of the church and called my doctor. “Help,” I said. “I think I’m having a nervous breakdown.”

A few days later, I took Lexapro into my heart. Though I’m loath to call what followed “divine revelation,” I will say this: In the plagiarized words of my late, great father, whether it was God’s will or just the antidepressant’s plumbing skills, the toilet now flushes beautifully.

Deborah Copaken Kogan is the author of “Shutterbabe” (Villard, 2001), a memoir of her years as a war photographer; the novel “Between Here and April” (Algonquin Books, 2008), and “Hell Is Other Parents: And Other Tales of Maternal Combustion” (Hyperion/VOICE), a forthcoming book of humorous essays on parenting. Richard D. Copaken’s book, “Target Culebra: How 743 Islanders Took on the Entire U.S. Navy and Won” was published in December 2008 by La Editorial, Universidad de Puerto Rico.

If you are having trouble with our audio player, you can download the podcast here

The Plumber, the Lawyer and the Carpenter