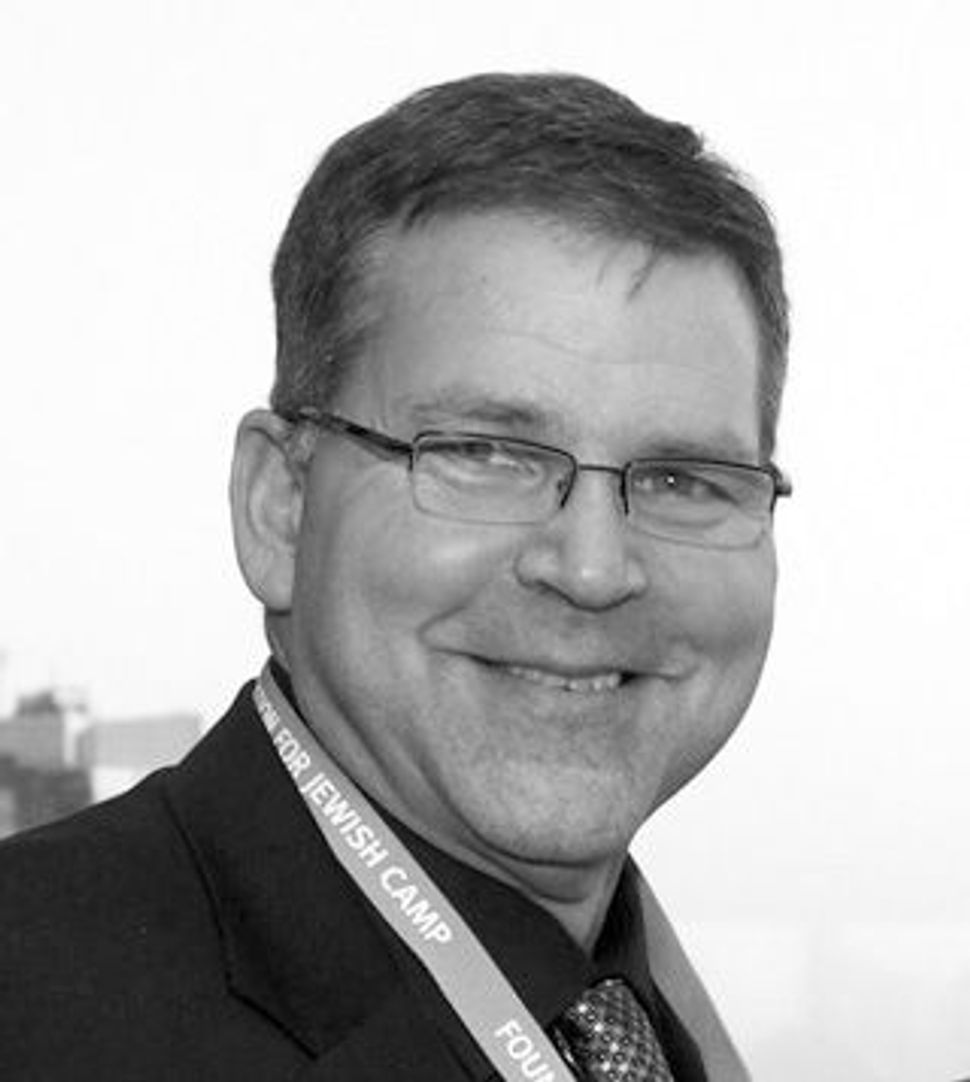 Expectations are running high for Jerry Silverman, incoming president and CEO of United Jewish Communities, and for the troubled organization’s incoming board chair, Kathy Manning. 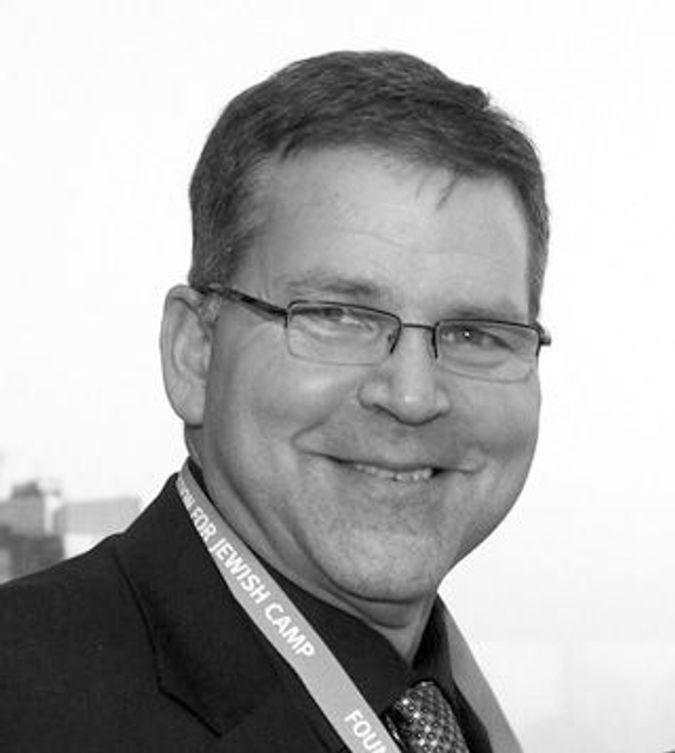 Conceived as the umbrella group, national advocate and central address of American Jewry’s sprawling system of local charity funding bodies known as federations, UJC has cost those strapped community-based groups tens of millions of dollars in annual dues during its 10 years of existence. But by widespread consensus, the national organization has yet to find its footing.

Silverman, whose five-year term begins at the end of September, will be the fourth chief executive at UJC, which boasts an annual budget of $30.34 million. Manning begins her term in November. But already, many see Silverman and Manning’s coming tenures as a make-or-break period for the organization.

“Jerry Silverman represents the federations’ last and best hope for both UJC’s survival and its revivification,” wrote Richard Wexler, a UJC board member and active lay leader of the Jewish United Fund of Chicago, where he is a real estate attorney, on his blog, “UJ Thee and Me.”

Silverman, a former executive at the Stride Rite Corporation and Levi Strauss & Co., has worked for the past five years as CEO of the Foundation for Jewish Camp, where he has been credited with substantially raising the not-for-profit’s profile and, no less important, its revenues. Under his leadership, the once little-known group quintupled its assets to nearly $20 million from $4 million by the end of fiscal 2007, the most recent year for which tax filings are publicly available.

In a joint interview with the Forward, Manning and Silverman deflected invitations to offer specifics on their plans for UJC. Asked what he views as his most important task at the organization, Silverman offered his general approach rather than concrete changes he plans to make.

“Deciding what to do is all about understanding where exactly the federations are; going out and listening to them, given the dynamic changes that have taken place over the last 24 months, and understanding how we can be supportive,” Silverman said.

His “listening tour” plan shows he is clearly aware of one criticism of UJC: that its current leaders are out of touch with their constituents, the 157 local Jewish federations around North America.

These independent federations, with collective annual revenues of $3 billion, including their annual campaigns, endowments and foundations, are central addresses in their communities for funding a sprawl of social service and education needs. Services run the gamut, from aiding the Jewish needy to adult education. Funds also go from the federations to assist Jews in Israel and overseas, and historically these have been funneled through UJC.

But today, federations are struggling with a shrinking donor base and those donors’ increasing age. Research shows that younger Jewish donors generally don’t give to Jewish federations.

“Some federations in the Southwest and West have seen reductions [in income] of over 50%,” Wexler said in an interview. “Those like mine are working real hard to remain flat, but the largest to the smallest have all suffered decreases and are struggling to maintain the integrity of their allocations, without much help from UJC.”

Silverman’s response to critiques like Wexler’s is, once again, general: “UJC needs to work closely with the federations, understanding the power of what’s going on in a regional level, so we can be in tune with the federations and position them appropriately and add value.”

“We not only need to provide valuable services, but the value needs to be measurable and accounted for, so there’s an appreciation of the services being provided,” Manning offered when asked to state her own view of the group’s top priority.

Years ago, Jeffrey Solomon, president of The Andrea and Charles Bronfman Philanthropies, was a consultant on the merger that created UJC out of three organizations: the Council of Jewish Federations, United Jewish Appeal and United Israel Appeal. But today, Solomon sounds uncertain about the results of that historic consolidation.

“Right now, UJC is like a neurotic marriage between the federations and the national system,” he said. “Each blames the other” for their problems.

“I don’t think there’s a divorce in the cards, but there needs to be, as with any major marital intervention, first a decision if this is worth saving and then some changes in behavior,” Solomon said.

In many ways, Solomon said, UJC has become a scapegoat for broader shifts in the world of philanthropy. Comparable non-Jewish charity umbrella groups, such as United Way, are also suffering crises with their local affiliates, he noted. Yet, “their inability to lead at a time when philanthropy is so rapidly changing” has been problematic, he said.

“The biggest change in donor behavior in the last generation is that people used to give to nonprofits to support the mission of the nonprofit,” he said. “Now they give to those nonprofits that help them achieve their personal philanthropic goals. That’s a huge change.” Most individual federations, as well as UJC, have not realigned their focus accordingly, he said.

In Solomon’s view, none of Silverman’s predecessors has stepped back to look at the big picture and ask: “Are there different models of doing business? What’s happening at United Way, at Catholic Charities?” This larger view is a prerequisite to “Get out of this morass we’re in,” he said. “At UJC, it all has become so insular.”

Whether he succeeds or fails, the man carrying these heavy hopes on his shoulders does not come cheap. His reported salary of as much as $750,000 is raising questions during a period of austerity. The questions are heightened by the recent painfully tightened purse strings at UJC itself. At the demand of its member federations, the umbrella group implemented an 8% budget cut last year, followed in April by an 18% cut, which included substantial staff layoffs and a concomitant reduction in dues for most federations.

When Silverman was asked about his UJC salary during the joint interview, Manning quickly interjected: “I’m jumping in and saying we’d rather focus on the skills and focus Jerry brings to the job.”

But it will be in line with what UJC’s current president and CEO, Howard Rieger, is earning: $550,000, plus an additional $150,000 to help defray the cost of living in New York City.

Silverman’s boosters at UJC are banking that his track record at the Foundation for Jewish Camp and in the business world will justify their decision. And indeed, Silverman’s retail background is clearly an influence on his thinking about UJC.

“Retail is all about the customer,” he said. “If we focus on the success of the federations and the consumers in the Jewish communities and enhance individual federations, we’ll really have accomplished what we set out to do.”