A Jewish Mystic Offers Amulets and Predictions, for $180 A Pop 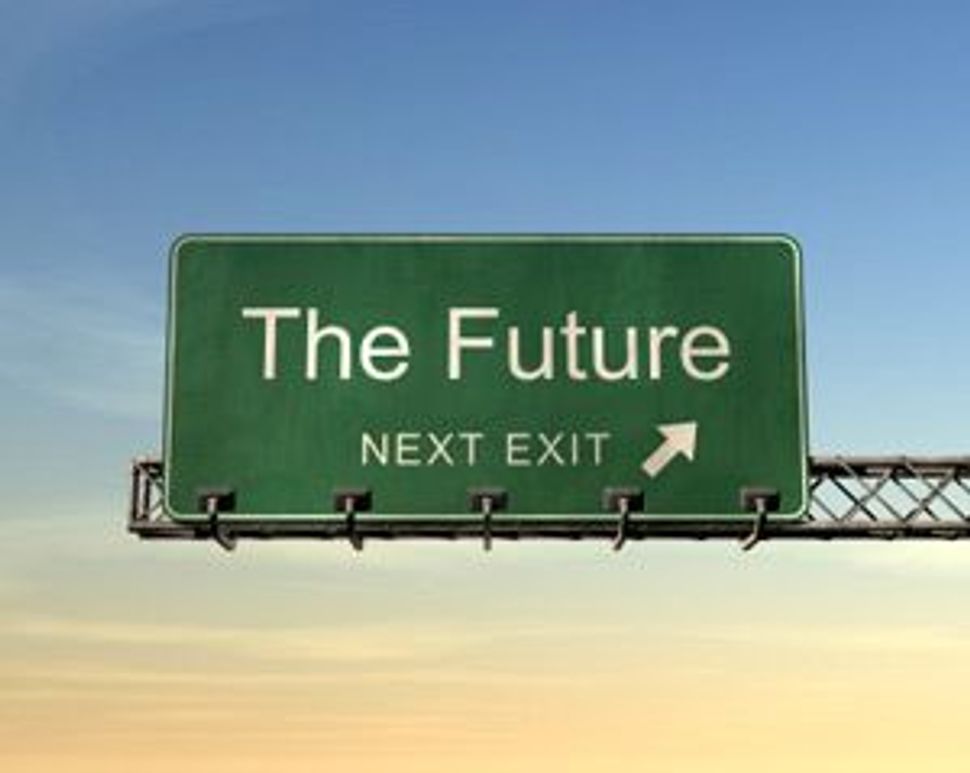 On a recent Monday afternoon in the Boro Park section of Brooklyn, eight women and two men sat patiently in the back room of Neuman’s Optical, tapping their feet, chatting in Russian, reading psalms and occasionally letting out an aggravated sigh. Appropriately, a broken clock hung over the windowless waiting area, where some said they had been sitting for as long as six hours. 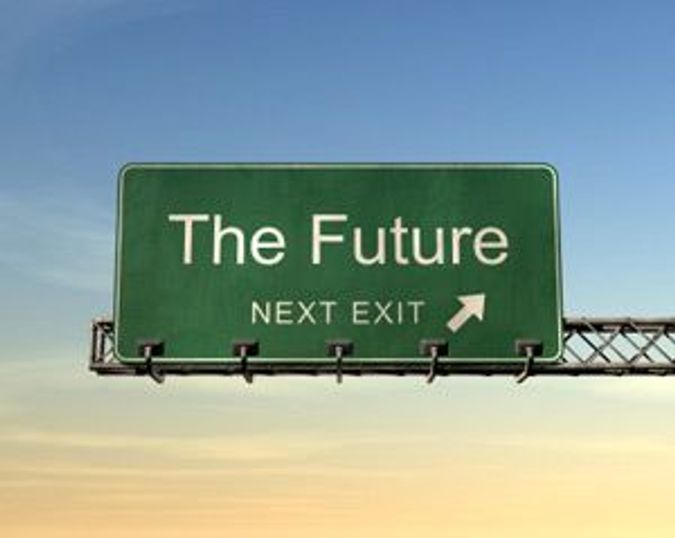 These customers were not in line to have their eyes examined. They were looking forward to improved vision of a very different sort, with an Israeli psychic named Rabbi Chaim Yosef Sharabi. Lately, Sharabi has been giving his readings in a space at the back of the store. His unpredictable schedule, changing venues and sometimes hazy advice keep patrons on their toes and returning for his unusual services.

One of several Israelis said to work in Brooklyn as a clairvoyant, Rabbi Chaim, as his patrons affectionately call him, claims to be the scion of a famous Yemeni family of Jewish mystics. But even as a steady stream of business flows through his door, experts in Jewish law continue to debate the religious status of clairvoyants. And some Brooklyn Jewish community leaders staunchly oppose the practice.

My visit in early August was to follow up on a prediction that Rabbi Chaim made for a Brooklyn relative at a consultation on which I was allowed to sit in a few months ago. We went out of curiosity. I had heard about the rabbi from an acquaintance whose husband’s family — Georgian Jews — visits Rabbi Chaim regularly.

The earlier meeting was conducted in a small office in the rabbi’s own home, an unassuming two-family house in the sleepy southeast Brooklyn neighborhood of Georgetown, a far corner of the borough, unvisited by subways. Framed pictures of North African and Middle Eastern rabbis covered the walls.

Seated behind an outdated schoolroom desk, with a stack of books to his right and an open suitcase full of paper amulets to his left, Rabbi Chaim copied my relative’s birthday and the Hebrew names of her parents onto a yellow writing tablet. Through his wife, who interprets for him from Hebrew, the rabbi asked if she was seeing someone, and she answered that she had just broken off a relationship. Rabbi Chaim said, “Was he born in the third month?” My relative nodded.

Rabbi Chaim then set a laptop-sized book spine-down on the desk and instructed my relative to open the book at random — a clairvoyant methodology known as bibliomancy. After staring at the opened page, full of symbols and dense Aramaic script, Rabbi Chaim announced that my relative would meet her future husband in three to eight months; that he would be born in the third, seventh or 11th month, and that possible names for him would be Avraham, Mayer, Michael and Shmuel. He added this information to the yellow piece of paper and gave it to my friend along with an amulet. The paper was folded to the size of a postage stamp and held with Scotch tape. Though we had been told to have money ready for him, he charged no fee—perhaps because we were younger than his other clients, or because it was our first visit; we don’t know. But we overheard the customer who saw him before us paying for multiple amulets at $180 apiece.

On a recent trip to his Boro Park office I could see Rabbi Chaim moving from room to room at the end of a hall. Occasionally he saw a client. I had come to ask why my relative, who was out of town, had not yet met her future husband in the prescribed time, but he left abruptly in the early evening with no explanation, and without seeing me.

Rabbi Chaim traces his ancestry to Rabbi Shalom Sharabi, an 18th-century mystic from Yemen. Rabbi Chaim said he was trained in Kabbalah by a great-uncle who ran a seminary in Jerusalem. His family had always told him he would become a mystic, the rabbi recalled. “I was born circumcised on Yom Kippur,” he said when asked about his credentials, indicating that this was an early sign of his calling.

The rabbi told me that the book he uses for bibliomancy is 800 years old and was passed down to him by family members. “It doesn’t have a name,” he said, lifting the red facsimile of the manuscript, whose original he says is hidden in a secret location in Israel. “Not everyone can touch a book like that,” his wife added. “This is not fortune telling. It’s between him and God.”

Barukh Berek, an Israeli who counts himself as one of the rabbi’s many helpers, added that Rabbi Chaim once made a mute child speak and has the ability to disappear mysteriously. “He is a malakh,” Berek said, using the Hebrew word for “angel.” “He always comes back. Angels are here to help people.”

But not everyone is ready to attribute supernatural powers to rabbis. Shelomo Alfassa, a Sephardic community activist in Brooklyn, has been outspoken against local rabbis who practice fortune telling. “Judaism expressly prohibits palm readers, fortune tellers and other soothsayers,” Alfassa wrote in an e-mail. “A person calling himself a rabbi, whether he is an actual rabbi or not — does not entitle him to act in any fashion which will allow him to fool people into making donations — all the while providing the eager recipient with junk information about their future.”

Alfassa cited a line from Deuteronomy 18 — “For these nations which you inherit, they listen to fortune tellers and diviners; but as for you, not so has Hashem your God given” — that, he said, made divination a violation of Jewish law, or Halacha. It is also, as it happens, against New York State law, a Class B misdemeanor punishable by up to six months in prison. But the presence of fortune tellers in almost every neighborhood of this diverse city testifies to the unenforceability of this statute.

An expert on Jewish law, Rabbi Mordechai Frankel, was not dismissive of fortune telling. “Halachically, there are ways in which it is permitted,” he said by phone from his Baltimore office, where he serves as director of the Institute of Halakha for STAR-K, a major kosher certification company. “There are methods considered sorcery, and there are methods which have been used extensively over the ages by many great rabbis.

“The question is where is the line between what is acceptable and what is not. There have been many cases of fraud, which has nothing to do with Halacha, and this is another reason for hesitancy.”

Professional magician James Randi, who runs a foundation devoted to debunking paranormal activity, said in an interview: “We hear about this sort of thing just about every day. It’s common to all religions. They all say they have contact with God.”

After hearing about Rabbi Chaim’s practices, Randi concluded: “He’s an opportunist. He sees people will believe it, and takes their money.”

Randi, who authored a book accusing Uri Geller, the Israeli-born self-described paranormal, of fraud, emphasized that there’s no evidence that supernatural practices work. Randi’s foundation offers a $1,000,000 prize to anyone who can demonstrate any supernatural power under controlled circumstances. According to Randi, several rabbis are among those who have attempted to win the prize, and it has remained unclaimed for a decade.

Rabbi Avrohom Holtzberg, who runs a Chabad house out of a trailer in his backyard near Rabbi Chaim’s home, said the two rabbis first met six or seven years ago at an area synagogue. “But I didn’t know his profession yet,” he recalled with a smile.

At first, Holtzberg said, he was skeptical. Then one day, he was present when Rabbi Chaim, provoked by a crowd, correctly guessed the birthdays of 10 strangers at a party. “It’s not that I believe or that I don’t believe,” Holtzberg explained soberly. “A lot of people put on tefillin because of him; a lot of couples live better. What can be more positive than this?”

A Jewish Mystic Offers Amulets and Predictions, for $180 A Pop