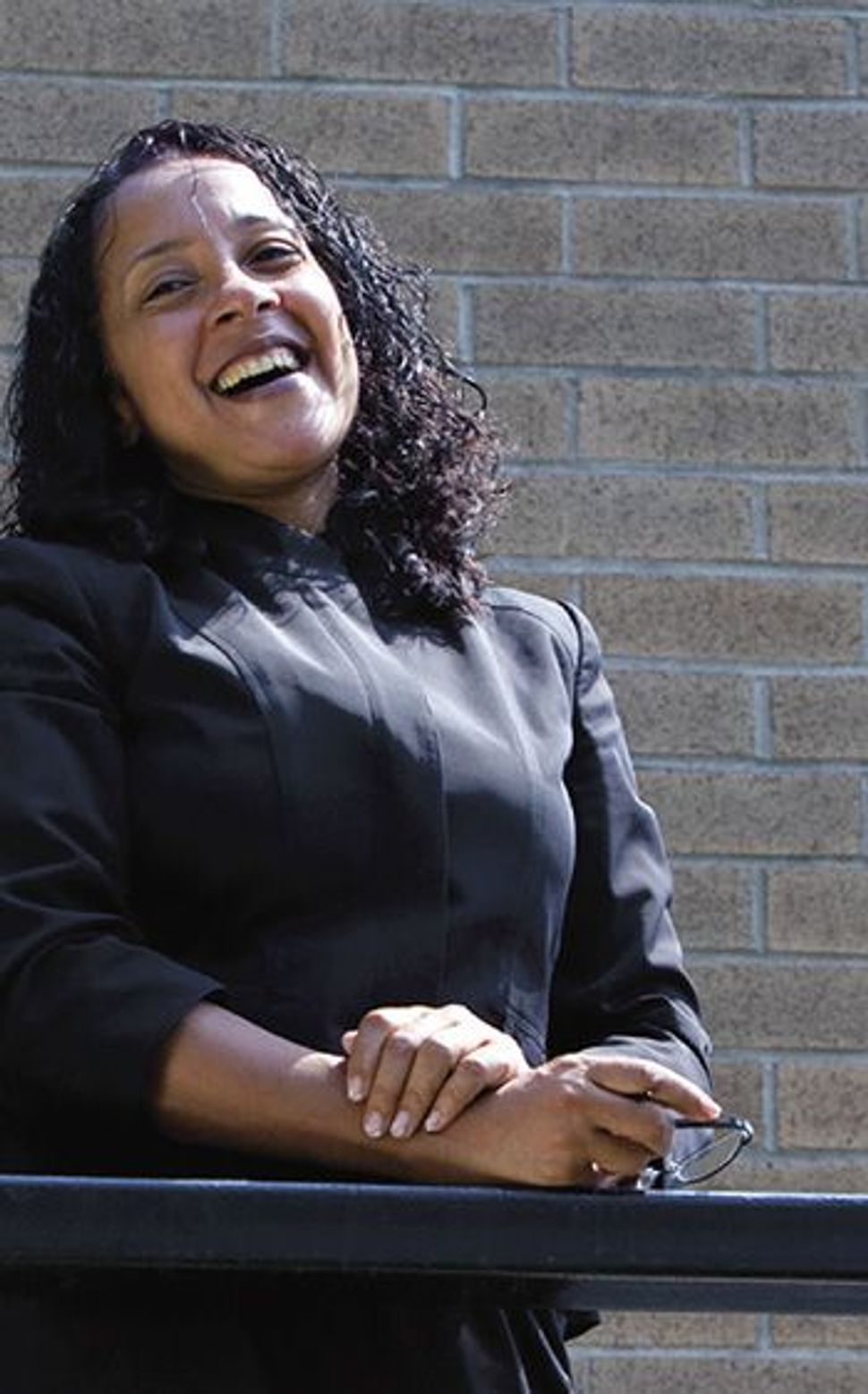 Principal and Student: Maureen Campbell says she is now learning Hebrew for her new job. Image by ARIEL JANKELOWITZ

Standing in the entryway to the building housing the Yeshiva Rambam School in southern Brooklyn, Maureen Campbell was every bit the New York City principal — tough, fast-talking and exceedingly patient. 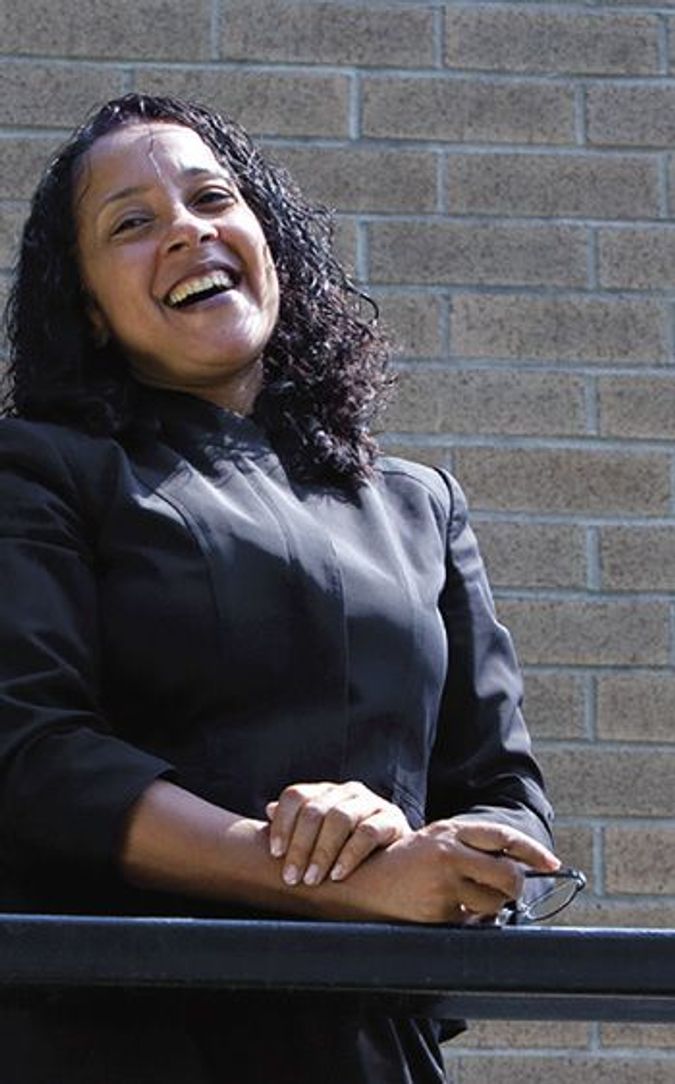 Principal and Student: Maureen Campbell says she is now learning Hebrew for her new job. Image by ARIEL JANKELOWITZ

“Now this is very important. The Rambam Yeshiva will be that way,” she said, waving one arm toward a stairway leading to the second floor. Then she turned around to face the large doors opening to the first-floor hallway. “My kids will go through here,” she said, smiling. “See, that’s the separation of church and state.”

Starting on August 24, Campbell, 49, will be fulfilling the tricky role of principal of New York City’s first Hebrew-language charter school. It is a project already fraught with controversy for the boundaries it pushes. Many organizations, from the American Civil Liberties Union to the Anti-Defamation League, will be watching closely to make sure the school does not become — as its detractors fear — a cover for promoting Jewish identity with public funds. The fact that the school will be housed in the squat, red-brick Zvi Dov Roth Academy, a building that hosts a synagogue in addition to the yeshiva, only adds to the provocative quality of the project.

In the battles that are sure to come, Campbell, who grew up in Manhattan’s Harlem area, the child of Jamaican immigrants, might be the best weapon in staunching the apprehension — a point not lost on critics of the school.

“It’s clearly an effort to defuse criticism,” Marc Stern, who is an expert on religion-state issues at the American Jewish Congress and is also the AJCongress’s acting co-executive director, said of the school’s choice of Campbell. “By picking someone who doesn’t know Hebrew, has no intrinsic reason to teach Judaism, has no specific agenda, they can more easily neutralize opposition.”

Stern said he does not believe that a Hebrew-language charter school inherently poses a challenge to the constitutionally mandated divide between religion and state. But he also said the school would be a fluid enough environment where it would be impossible to distinguish exactly what element might be used “as a means of furthering Judaism.”

Campbell was recruited by the school’s initiators, a group headed by philanthropist Michael Steinhardt’s daughter, Sara Berman. Steinhardt has pledged half a million dollars to the school’s yearly budget. (Another quarter million is being provided by the Charles and Lynn Schusterman Family Foundation). Charter schools are privately run initiatives that make use of public funds.

Berman, a one-time features editor at this newspaper and parenting columnist for the now-defunct New York Sun, conceived of the school and applied for the charter. She insisted that Campbell was chosen because she was the most qualified candidate for the job. “We really just kept our eyes focused on getting the best principal,” she said.

Berman added that Campbell’s answer as to how she would handle being challenged on church-state divide questions was, “I would want your guidance on that.” Berman characterized this deference as a positive attribute.

Stern was not the only person dubious that Campbell was chosen for her credentials alone. Michael Meyers, head of the New York Civil Rights Coalition, said that when he first lodged complaints about the school, he was reassured by its organizers that a principal had already been selected and that he “shouldn’t worry, because the principal will be black.” But this, he said, “doesn’t change anything for me, not at all.” His concerns about the school — that it is using public funds for a project that will be ethnically divisive — still remain. 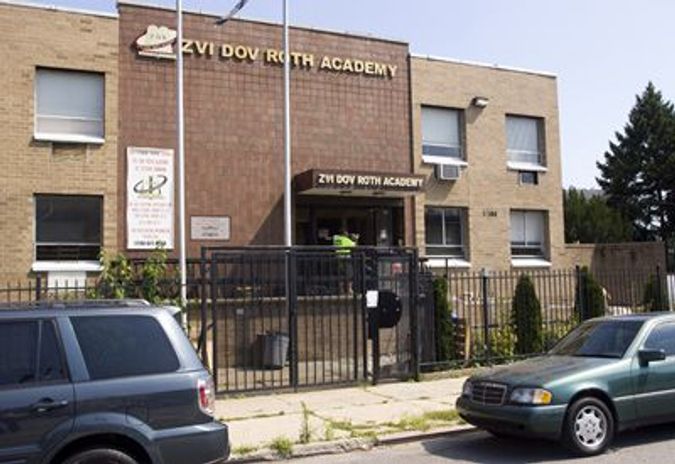 Church and State: A yeshiva in Brooklyn will also house a new publicly funded Hebrew-language school that is creating debate. Image by ARI JANKElOWITz

The choice of principals has been a big issue for similar projects in the past, most infamously the Khalil Gibran International Academy, an English-Arabic public school in Brooklyn. In 2007, the school’s original principal, Debbie Almontaser, a Muslim of Yemeni descent, courted controversy when she defended the wearing of a T-shirt with the slogan “Intifada NYC.” The ensuing public debate led, Almontaser claims, to her eventual resignation. The first Hebrew-language charter school in the country, Ben Gamla Charter School, in Hollywood, Fla., was also subjected to intense scrutiny when it opened two years ago. Its principal was an Orthodox rabbi.

Campbell has been a teacher and administrator in the New York City public school system since 1985, and was most recently deputy superintendent of the Mount Vernon City School District in Westchester. She has an impressive and eclectic background. Her father, George Campbell, was a renowned Jamaican poet, and her mother, Odilia Campbell, was for 25 years the staff pianist for the Dance Theater of Harlem. Campbell attended Vassar, spent a semester studying at Oxford, and began her education career after graduating from Columbia University’s Teachers College.

On a recent tour of the school, Campbell spoke with excitement about the Hebrew language — which she insists she is going to learn. “I’ll tell you something wonderful,” she said. “All the meals, breakfast and lunch, will be entirely in Hebrew.”

She waved to two Orthodox women passing by the school and asked about their families. And on a quick walk through classrooms that are still being remodeled, she maneuvered around the exposed wires and construction workers wielding jackhammers, to breathlessly point out all the small details of the new school. Spotting a stack of blue and white tiles that soon would cover the floors of the classrooms, she said, “See, we’re trying to integrate Israeli colors into the aesthetic of the school.”

As for whether she felt worried about the line between religion and state that critics said the school was toeing: “It’s actually not a thin line,” she said. “It is a line that is very clear. The church and state separation in New York is very clear. You can teach a culture and a language without encouraging the observance of a religion.”

She also had an answer for how to teach Hebrew in a way that would keep it secular: “In teaching a second language, the process of learning about the country and the culture is natural. There’s a natural link to the history of world Jewish communities and the Israeli culture as a culture and the Hebrew language as a language spoken around the world by various peoples.”

The lead contact between the school and the Steinhardt philanthropies is David Gedzelman, a Reform movement rabbi who is the executive vice president of the Steinhardt Foundation for Jewish Life. He appeared to be in touch with Campbell multiple times a day, helping her organize all the details of the school.

Referring to the new principal’s distance from the Jewish community, Gedzelman said: “The benefit associated with [Campbell’s] background is an unintended consequence that is positive. It wasn’t our intention.”

Gedzelman also described the selection process as being carried out in an entirely nondiscriminatory manner. He said the final stages of the process included a woman with a background in Jewish education.

There is sure to be even more skepticism about the school, now that the ethnic makeup of its first incoming class of 150 first graders and kindergarteners is being made public. The school’s charter spoke of expecting the student body to “reflect the population of the target community,” which is 47% black, 13% Asian, 12% Hispanic and only 27% white. But according to statistics provided by the school, 61% of its students are white, and of those, an overwhelming number speak Russian or Hebrew as a first language at home and have parents who were born in the former Soviet Union or in Israel.

These numbers suggest that the school is a big draw for the large population of Russian Jews who live in the local school district, which includes Brooklyn’s Sheepshead Bay and Brighton Beach. Predominantly secular but self-identified as Jewish, the Russian immigrants could see in the Hebrew Language Academy a free avenue for encouraging Jewish continuity.

When the New York State Board of Regents, the body charged with approving charter schools, voted last January to grant the Hebrew Language Academy a charter, the one dissenting vote came from Saul Cohen, a regent since 1993 with a long career in academia. His concern was that the school, appealing mostly to Jewish parents, would end up discriminating against the surrounding area’s minority population.

Told that the Hebrew Language Academy had chosen a principal who has Jamaican roots, and a student body that is 40% non-white, Cohen was still not convinced.

“If their objective is Jewish continuity, in some ways it makes it worse,” Cohen said. “Now they have to bring in students for whom the issue of Jewish continuity is peripheral in order to create something for those few for whom it does matter.”

The charge that the school will create an ethnically white enclave in an otherwise multiracial district is challenged vigorously by the school’s defenders. They claim that the Hebrew Language Academy actually will be the most diverse primary school in the district. School District 22 is otherwise extremely segregated, school supporters argue, pointing to two primary schools within a few miles from each other, P.S. 195 and P.S. 194, which have student bodies that are 93% and 8% white, respectively.