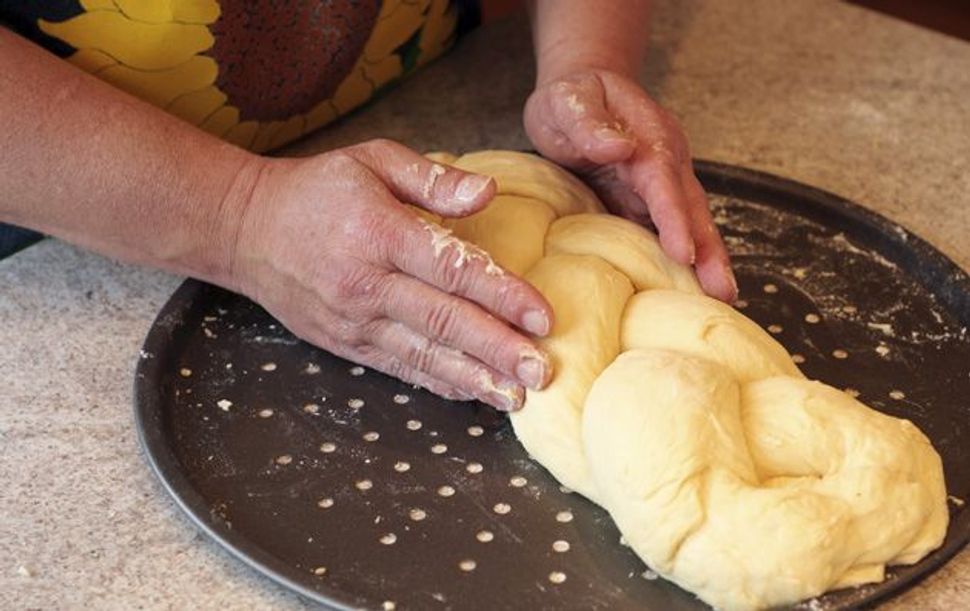 The other night I had eggs for dinner. Two of them fried over easy, slipped onto a slice of toast and plopped next to some sautéed zucchini with garlic. My total cooking time clocked in somewhere around 12 minutes — about as much energy as I had on a muggy summer evening after a day spent prostrating myself in front of a laptop. There was nothing gourmet about what I ate, except perhaps the pinch of za’atar that I sprinkled over the eggs en route to the table. But according to a recent New York Times Magazine article by Michael Pollan (author of “In Defense of Food” and “The Omnivore’s Dilemma”), my dinner practically qualified for a James Beard award, the food world’s most prestigious prize.

Why? Because, as unfussy as my meal was, I cooked it. From scratch.

According to Pollan’s article, “Out of the Kitchen, Onto the Couch,” the average American today spends very little time preparing food — just shy of half an hour a day. When we do find ourselves in the kitchen, he says, chances are it is to heat up a can of soup or microwave a few frozen burritos rather than to assemble a dish from raw ingredients. The country’s collective shift toward convenience foods and processed snacks comes with some unfortunate consequences. Pollan writes:

A 2003 study by a group of Harvard economists… found that the rise of food preparation outside of the home could explain most of the increase in obesity in America…. As the amount of time Americans spend cooking has dropped by about half, the number of meals Americans eat in a day has climbed: Since 1977, we’ve added approximately half a meal to our daily intake.

My first reaction to the article was one of satisfied smugness. I figured that Jews must be an exception to this trend. As a people, we are practically hardwired to crave a good homemade meal. The dinner table plays a sacred part of Sabbath observance (as the symbolic representation of the sacrificial altar), and food is an integral aspect of nearly every holiday celebration. It is almost as if Jewish tradition specifically developed reinforcements to remind us that, as Pollan writes, “cooking is a defining” — and by extension, important — “human activity.”

And yet, in that same moment of personal and communal congratulations, I realized that the Jewish community has found ways to subvert its own food ideals. For every nourishing, wholesome Sabbath meal I have prepared or attended, there are many others that rely on greasy, store-bought kugels and chicken cutlets with packaged seasoning, followed by a tub of a synthetic ice cream substitute. Meanwhile, the rise in kosher-certified convenience products — from frozen blintzes to fish sticks — now ensures that Jews’ weekday “cooking” can mirror that of the rest of society. Ultimately, it seems that despite the special reverence we hold for bubbe’s cooking, the Jewish diet is not immune to the faux-food slump. “We have it in us — we know how to enjoy food,” Chana Rubin, who is a registered dietitian and the author of “Food for the Soul: Traditional Jewish Wisdom for Healthy Eating” (Geffen, 2008), told me. “Something just gets lost in translation.”

Pollan points to familiar culprits to explain Americans’ stove avoidance: busy schedules, food marketers’ ongoing attempts to seduce our consumption impulses and, most important, a simple lack of comfort and skill in the kitchen. Ironically, he says, the televised food shows on which Americans have become increasingly hooked (think Bravo’s “Top Chef,” or “Chopped” and “Iron Chef” on the Food Network) do more to intimidate and obfuscate than to encourage or instruct. How much can one really learn, he asks, from watching a “blur of flashing knives, frantic pantry raids and more sheer fire than you would ever want to see in your own kitchen?” Even the “dump-and-stir” shows, which are geared toward home cooking (for example, Rachael Ray’s “30 Minute Meals,” and Sandra Lee’s “Semi-Homemade”) “stress quick results, shortcuts and superconvenience” over true technique or the creative satisfaction that comes with pulling a successful dish from the oven.

It is on this last point that I depart from Pollan’s critique. The Food Network may not arouse culinary greatness from the average couch potato, but it has undoubtedly inspired many of its viewers to take that first, crucial step toward the stovetop. This same logic applies to Susie Fishbein of the wildly popular “Kosher by Design” cookbook series. I used to dismiss Fishbein’s recipes for relying so heavily on prepackaged ingredients (for example, frozen challah roll dough as the base for chocolate babka). Yet her books also include many simple, fresh-ingredient dishes that have motivated kosher cooks to think beyond the kugel pan. And if the ultimate goal is as Pollan writes, to “rebuild a culture of everyday cooking,” then it should not matter whether a recipe has three steps or 20, or whether it results in a soufflé or just plain old eggs.

Still, it has become clear that Americans (both Jewish and otherwise) need a serious dose of culinary literacy — an “Our Bodies, Ourselves”-style reintroduction to the kitchen and its many beautiful parts. Because while schedules will always be too busy, we make time for the things that we love. So start with the Sabbath or with a random weeknight. Sign up for a cooking class, dig out (or go purchase) a copy of “Joy of Cooking” or offer to play sous chef for a friend and learn through osmosis. And if you maintain an obsession with the Food Network, go ahead and enjoy it. Just make sure to turn off “Chopped” from time to time and get chopping.

Leah Koenig writes a monthly column on food and culinary trends. She lives in New York City. She can be contacted at ingredients@forward.com.