With Each New Assessment, Iran’s Nuclear Clock Is Reset 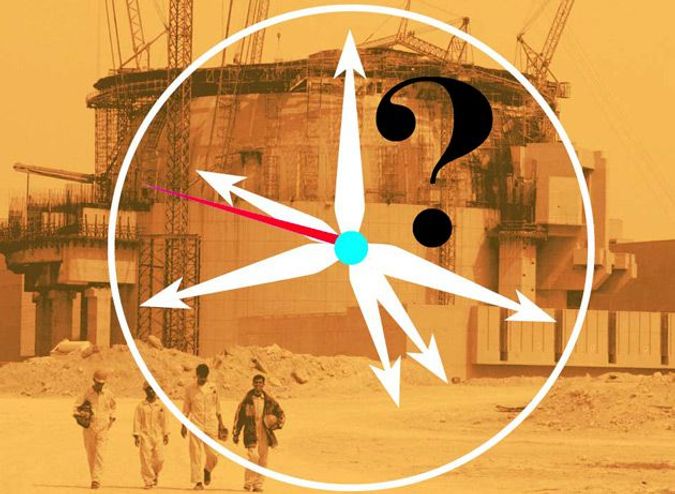 The senior Israeli official’s tone was dire. In only a few years, the Iranians would be ready to launch a nuclear bomb. He minced no words. “If Iran is not interrupted in this program by some foreign power, it will have the device in more or less five years.” 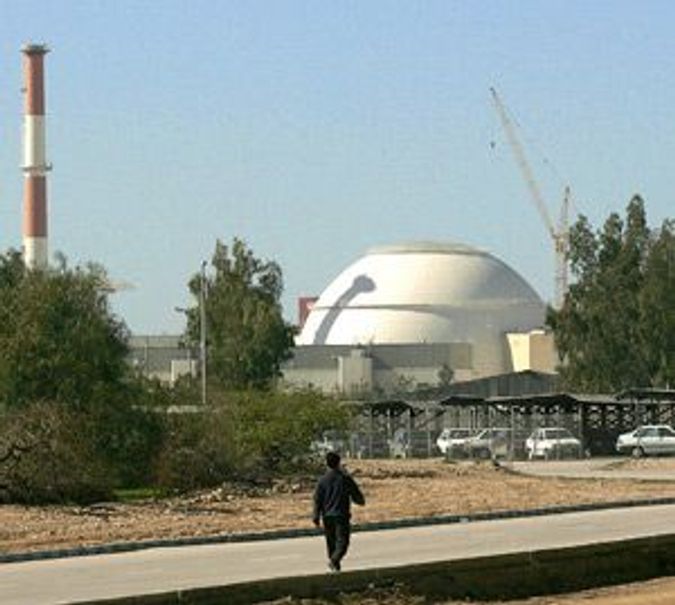 The year this apocalyptic prediction was made: 1995.

As we all know, Israel survived the year 2000. Iran did not get the bomb. And earlier this month, it was revealed that the State Department’s Bureau of Intelligence and Research’s latest estimate has pushed that dreaded date back to 2013, when it posits that Iran will finally be able to produce highly enriched uranium, a key ingredient in any nuclear weapon.

Then again, the State Department could be as wrong as that Israeli official back in 1995. To listen to the drumbeat emanating from Tel Aviv, the Iranians are much, much closer. In March, Amos Yadlin, the head of Israeli military intelligence, announced that Iran had “crossed the technological threshold.” In only a year, they would be equipped with what they need to build some kind of crude nuclear device. 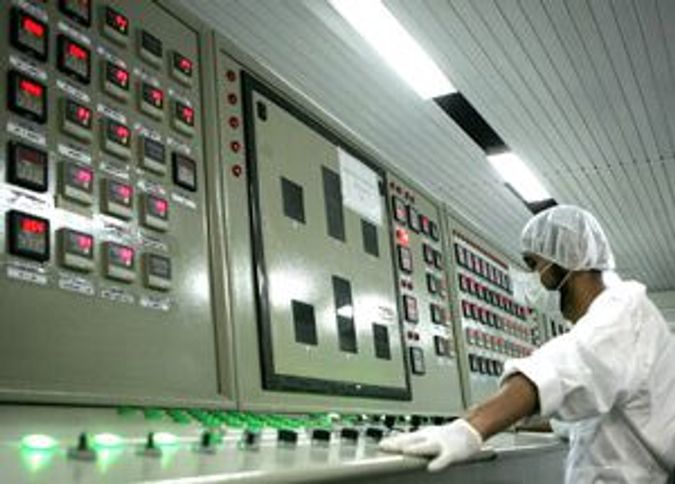 It’s hard to know how to make sense of all these divergent estimates. Though they have become more numerous and more conflicting since the beginning of this year, analyses of Iran’s nuclear capabilities have always been a matter of broad interpretation. From the moment that Iran announced in the mid-1980s its intention to launch a nuclear program, intelligence agencies in Israel and the United States — which analysts agree both look at the same raw data — have set and reset the nuclear clock over and over again.

Israeli intelligence, in particular, has announced a “point of no return” almost every year, a continually unfulfilled prediction that some say erodes the credibility of its analysts.

What some see as the fine point of when exactly Iran gets the bomb is not inconsequential. The time frame for both diplomacy and a military response that would have serious ramifications hinge on this question. It is for this reason, a wide range of independent observers agree, that politics has played the most central role in how intelligence on Iran and its nuclear program is interpreted and packaged for the public.

“Clearly the fact that some of these assessments seem to change rather rapidly has fueled the suspicion that much of it is actually politically motivated,” said Trita Parsi, president of the National Iranian American Council.

The problem, according to Parsi and others, is that the elements that make up any assessment of Iran’s actual progress can be read differently.

From a technical standpoint, there are a series of steps on the path toward making a bomb, each of which can be interpreted as the menacing “threshold.” Beginning with building large quantities of centrifuges to producing low-enriched uranium and then more highly enriched weapons-grade uranium to finally having a device to launch a bomb, the red lights could start flashing at any point.

By all accounts, Iran has managed to produce low-enriched uranium, possibly enough to make a crude bomb. Low-level enrichment for civilian nuclear uses is legal under international law. But based on its incomplete answers to the International Atomic Energy Agency, world leaders, neighboring countries and many security analysts are deeply concerned that this is not all Iran has in mind. The question of Iranian nuclear weapons development remains murky. According to the 2007 National Intelligence Estimate, Iran stopped all work on a nuclear weapons program in 2003. But this piece of intelligence is also disputed.

“This is one of these cases that where you stand determines to a large extent what is your assessment,” said Shlomo Brom, a former Brigadier General in the Israeli Army and now senior research fellow and director of the Institute for National Security Studies at Tel Aviv University. “If you are at the possible receiving end of this thing — and that is the feeling of most Israelis — then you don’t want to take chances. You look at the worst possible scenario. It’s only if you’re in an institute somewhere in the Western world then you can make sober analysis and make predictions based on the more probable assumptions.”

Further underlining the degree to which politics plays a role in these predictions is the long history of unrealized Armageddon scenarios — and it is not Israeli intelligence alone that has sounded the alarms.

In 1992, Robert Gates, then director of the CIA, pointedly upended conventional thinking about Iran’s nuclear progress when he gave a much shorter time span for attainment of the bomb. “Is it a problem today?” he asked at the time, “probably not. But three, four, five years from now it could be a serious problem.”

Another rash of predictions arrived in 1995. When Israeli government officials were quoted in American newspapers talking about a five-year timeline, officials with the Clinton administration quickly countered with qualifications and their own counter predictions. The small conflict led to a meeting in Jerusalem between William Perry, the defense secretary and Prime Minister Yitzhak Rabin. They emerged from their discussions to announce that they were in agreement — Iran would get the bomb in seven to 15 years (next year, that is, at the latest).

Much of the speculation about Iran throughout the 1990s had to do with the possibility that its nuclear program was being boosted with outside help, from Russian loose nukes to technical help from North Korea. At least one of these outside elements did evade American intelligence, the Pakistani scientist A.Q. Khan who is known to have aided the Iranians in advancing their program at least twice, in the late 1980s and mid 1990s.

This unknown variable of outside help also allowed for a wide range of timelines.

Throughout the last decade, the warnings have become more dire at the same time that it has become harder to see into what David Albright, a physicist who is president of the Institute for Science and International Security, called “the black box of Iran’s decision making.” This further unknown — what Iranian leaders intend — is one more fluid element that gives both the skeptics and alarmists an opportunity to project their own thinking and come up with independent predictions.

Israeli leader Benjamin Netanyahu, for one, views Iran’s leadership as “a messianic apocalyptic cult” who will not be deterred by Israel’s own nuclear weapons capability. “When the wide-eyed believer gets hold of the reins of power and the weapons of mass death, then the entire world should start worrying, and that is what is happening in Iran,” he told the Atlantic’s Jeffrey Goldberg in May.

In contrast, Anthony Cordesman, a widely respected Middle East strategic analyst who has worked for both Democratic and Republican administrations, and Abdullah Toukan, an adviser to the late King Hussein of Jordan, present an Iran that is a rational, if hostile, actor, influenced by concrete geopolitical perceptions of its own. These include “unfriendly neighbors surrounding them, including nuclear tipped Pakistan” just to Iran’s east; the “grave threat to its security” that Iran sees in America’s military presence in Iraq immediately to its west and the presence of the American Fifth Fleet in the Persian Gulf waters lapping its south, the two men wrote in a recent study. This is seen also in the context of what was, until recently, America’s declared policy of “regime change,” they note. Finally, say Cordesman and Toukan, Iran’s fear of “Israeli intentions to destabilize Iran and attack its nuclear facilities,” drive it to develop its capabilities all the more.

“The Israelis always like to posit that Iran is one year away,” Albright said. “There is an honesty to these assessments because they do have technical analysts in Israel who are looking very closely. They could be talking about a certain number of centrifuges built, a certain type of covert facility, various other things, but it’s always one year away.”

Many American analysts think these Israeli nightmare scenarios are distracting from what might be the most plausible explanation of Iran’s intentions.

Gary Sick served on the National Security Council staff under Presidents Ford, Carter and Reagan and was the principal White House aide for Iran during the Iranian Revolution and the hostage crisis. He believes that Iran has been slowly engaged since the 1970s in building a peaceful civilian nuclear program that has what he called “surge capacity” of 18 months. That is the amount of time it would take for Iran to boost low-enriched uranium for power plants and other non-military uses to highly enriched, weapons-grade uranium and deploy this as an atomic bomb, Sick said.

According to Sick, this interpretation is shared by many other analysts and backed up by statements from those who began the program under the Shah in the 1970s. But others warn that Iran may be developing a nuclear weapon capability secretly that it could deploy much more quickly.

Either way would mean that Iran is seeking a kind of nuclear ambiguity. It wants to be threatening without actually publicly introducing another nuclear weapon into the Middle East — a clear turning point likely only to set off a race by its neighbors to obtain nuclear weapons of their own. It is a position not dissimilar from the one now held by Israel, which still does not publicly disclose that it has the bomb.

Asked why this more nuanced scenario — one that would do nothing to assuage or discredit Israeli fears — is not more widely discussed, Sick answered, “It doesn’t sell newspapers.”

With Each New Assessment, Iran’s Nuclear Clock Is Reset