‘Crazy’ Eddie’s Cousin, a Former Fraudster, Speaks Out on Syrian ‘Subculture of Crime’ 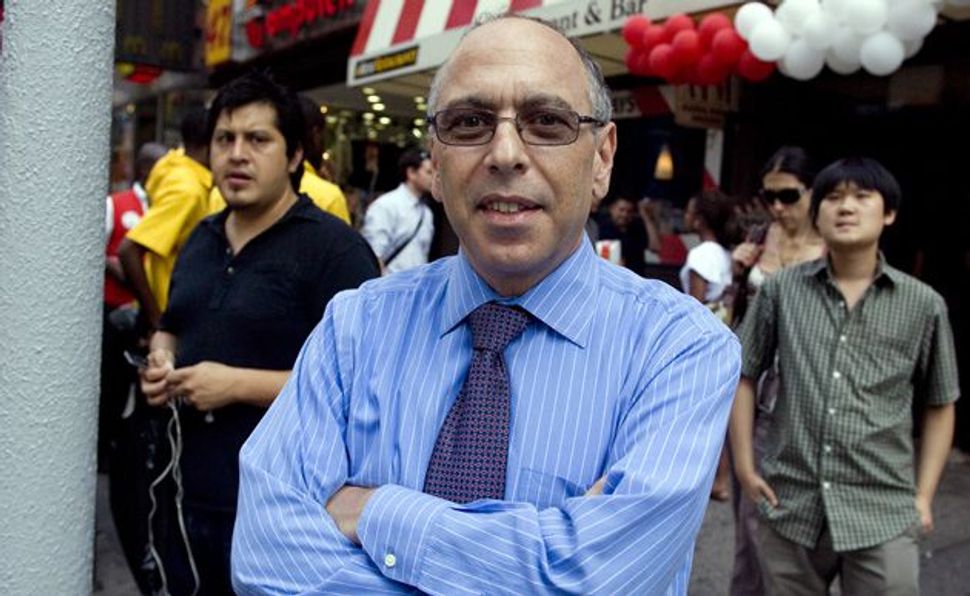 Sam E. Antar wants you to know up front: He’s no hero.

The former chief financial officer of Crazy Eddie Inc. whose testimony helped convict his cousin, Eddie Antar, in 1993 takes an almost gleeful tone when confessing his sins. He lied. He committed fraud. He skimmed money. He misled investigators. And when he came clean, providing the information and testimony that helped topple the fraudulent Crazy Eddie empire, he did so only to save himself from prison.

“I committed my crimes, and I did it for fun and profit,” Antar, 52, said in a recent interview with the Forward at a diner in midtown Manhattan. “And if I stopped committing my crimes, it was only because I got caught. So I’m not going to pretend to you to be some kind of born-again moral person.”

Still, as a reformed criminal — he teaches seminars to the IRS, the Justice Department and other organizations on how to combat white-collar crime — as well as a lifelong member of Brooklyn’s Syrian Jewish community, Antar offers a unique perspective on the current scandal involving allegations of money laundering by three prominent Syrian rabbis, part of an FBI investigation that led to 44 arrests in July. And he’s not shy about sharing his opinions.

“You have to understand something — the way this community survived when they got expelled from Spain in 1492 was to maintain insularity,” Antar explained. “The same insularity also protects a subculture of crime that goes on…. People use religion as a shield; they use it as a wall of false integrity to enable crime to exist.”

Until this summer, the rise and fall of Crazy Eddie had been the most infamous criminal enterprise of the New York-area Syrian Jewish community. Antar was the government’s key witness in both the criminal and civil prosecutions against members of his family, including his cousin, “Crazy” Eddie Antar, and his uncle, family patriarch Sam M. Antar. Crazy Eddie was a New York-based chain of more than 40 electronics retail stores, known for its bombastic television commercials (“His prices are insaaaane!”). The stores were successful through the 1970s and ’80s, but the success was built on a foundation of skimmed cash and cooked books that ultimately collapsed.

Antar says he began cooperating with the government only because he feared that the rest of the family was plotting to blame him and Eddie for everything — and because he knew that Eddie was planning to flee the country, which would leave him to take the fall. (Eddie Antar fled to Israel as investigators closed in, and was extradited to stand trial in the United States.) Eddie pleaded guilty to racketeering conspiracy and served six years in prison; he made an unsuccessful comeback attempt as an electronics retailer in 2001, and has kept a low profile since then.

Sam E. Antar pleaded guilty to securities fraud, mail fraud and obstruction of justice, and was sentenced to six months of house arrest. He worked in real estate after the trial, and now he is concentrating mainly on his white-collar crime educational seminars. In conversation Antar repeats that he became a government witness only “to stay out of prison,” he said. “I didn’t do it because I wanted to help the government… I did it for self-preservation.”

So Antar can relate to what Solomon Dwek must have gone through. Dwek, the son of a prominent Syrian rabbi from Deal, N.J., was charged with bank fraud three years ago after trying to pass a bad check for $25 million. Then, apparently, he became a “cooperating witness” for the FBI’s investigation of political corruption and money laundering. His recorded conversations led to the July arrests.

“Him, like me, the only reason we cooperated is to save our own rear ends,” Antar said. “I’m not criticizing the United States government, but they know how to make you feel the fear of God. I can understand, having gone through it myself, the fear that Solomon Dwek felt of going to prison.”

Attempts by the Forward to reach Dwek through his attorney, Michael Himmel, were unsuccessful; however, Dwek’s role in the sting operation has prompted a very different reaction in the community than Antar’s decision to testify against his family and co-conspirators. Dwek has been vilified as a moser, a Jew who informs against other Jews, and various bloggers and commentators have suggested that he be killed. Speaking from the pulpit, his own father, Rabbi Isaac Dwek, said his son was no longer welcome at his home.

In contrast, after Antar turned government witness, he lived and worshipped comfortably in the Syrian Jewish enclave in Brooklyn where he grew up, though he recently moved to Manhattan following a divorce. The difference, he said, may be that while Dwek’s recorded conversations cast a wide net, Antar told the government about only the crimes in which he’d been directly involved, and those whom he implicated were mostly members of his own admittedly dysfunctional family.

That family no longer speaks to him, but Antar said he’s never been ostracized by the general Syrian community. An intense man with close-cropped gray hair, Antar is a voluble conversationalist who doesn’t shy away from controversial topics.

Though he’s no particular fan of Dwek, Antar said he finds the vitriol against the rabbi’s son to be “repulsive.”

There’s a lot to celebrate in the Syrian Jewish community, Antar said, but the good has been overshadowed lately. The crime no one is talking about, Antar complained, is the damage that a few rabbis might have done to the reputation of all the good rabbis in the community, as well as the majority of Syrian Jews who are law-abiding, upstanding citizens.

“The main pillar that supported the insularity of this Sephardic community with great success for 600 years has been the rabbis extolling religious virtues, condemning intermarriage and generally telling people to live a legitimate, pious, religious life,” Antar said. “Now what happens if in fact these rabbis get convicted? Then you have a shattering of confidence.”

Antar said he realizes that his opinions may not be popular in the Syrian Jewish community, where, until recently, he made his home. But having made many powerful enemies in his lifetime, he seems unfazed by the prospect of adding a few more.

“I don’t care. What are they going to do to me, kill me?” Antar said, shrugging over his cooling cup of coffee. “There’s about a 10-year waiting list of people that want me dead, so they’ll just have to wait in line.”

‘Crazy’ Eddie’s Cousin, a Former Fraudster, Speaks Out on Syrian ‘Subculture of Crime’