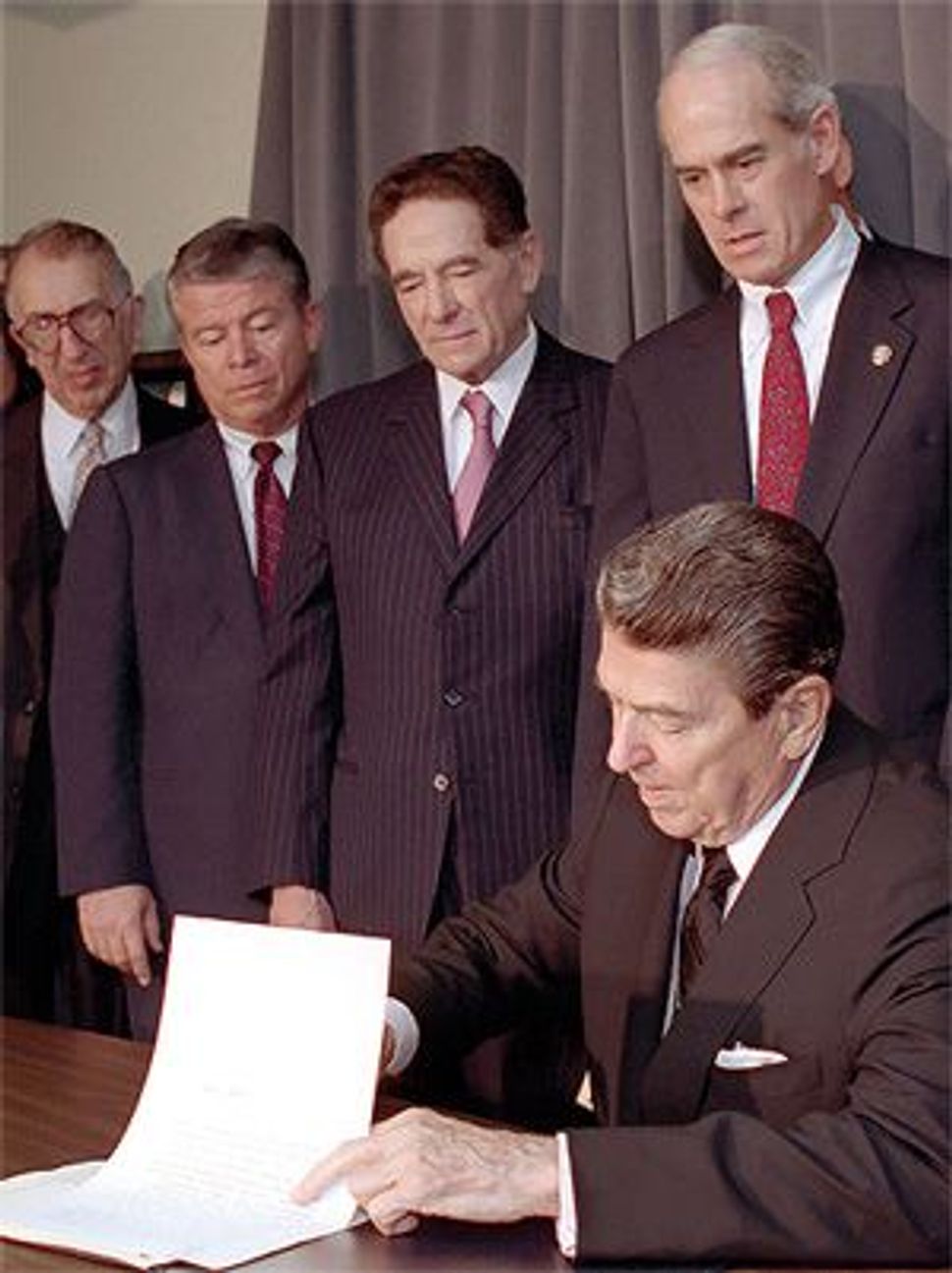 William Korey spent more than 30 years of his life deeply involved with the struggle to allow free emigration for Soviet Jews. But when I interviewed him in his Queens apartment a few years ago, he did not hide the fact that he never liked to work on individual cases. “There would be no end to it,” he told me. 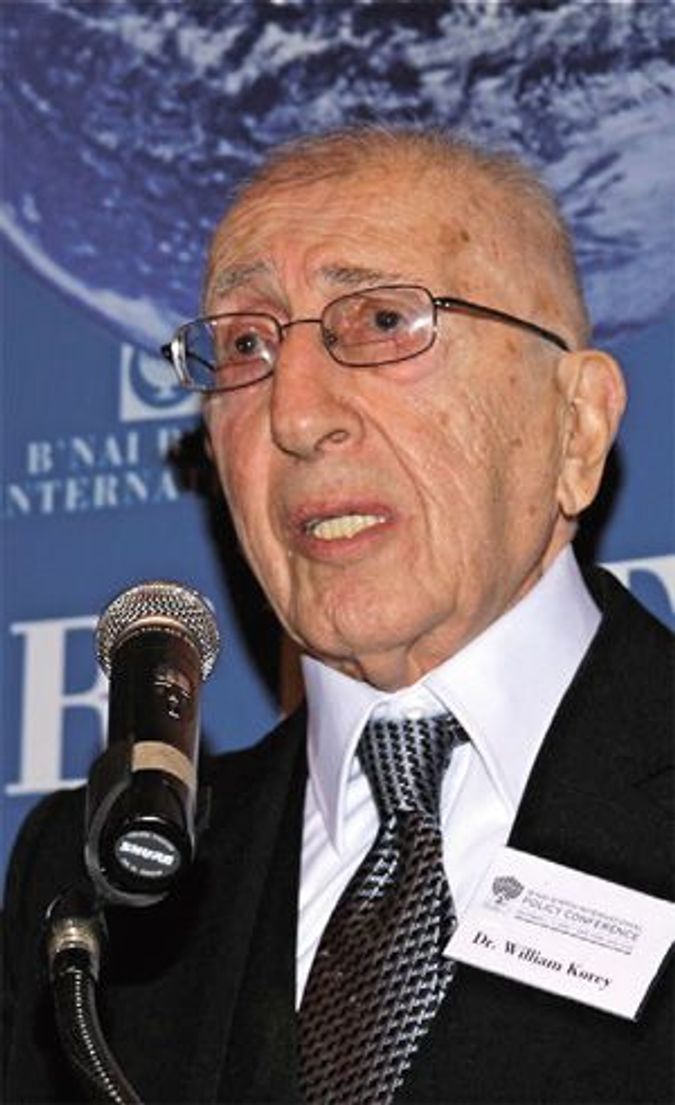 This was typical for a man who consistently offered a scholarly, objective eye on an issue that was otherwise an emotional flashpoint for American Jewry. Spend all your energy dealing with individual cases, his thinking went, and there would be no time left for taking a step back and calmly, soberly analyzing the problem.

And that’s exactly what Korey did. He became the intellectual heavyweight of the movement. His analysis — delivered in hundreds of essays and op-eds over his lifetime, as well as in a half-dozen books, including 1973’s influential “The Soviet Cage” — provided just the right counterpoint of precision and erudition to match the mass rallies and hunger strikes.

Korey died August 26 at 87. He never held an official position with any of the establishment or grass-roots Soviet Jewry organizations that sprung up in the 1960s to rally around the issue. But from the very beginning, it was his coolly reasoned arguments and clear-cut writing on which the movement was able to build.

A graduate of the University of Chicago, Korey marched into Berlin in 1945 with one of the first American Army units to enter the city, newly liberated by the Soviets. His encounters with Russian soldiers inspired him to pursue a doctorate, and he joined the first class of 50 students at the Russian Institute (later the Harriman Institute) at Columbia University, the influential academic center that would become an important source of research during the Cold War. After graduating, he taught for a few years, some of them at the City College of New York, but soon he was working in the Jewish world, first for the Anti-Defamation League and then for B’nai B’rith International.

In 1960, Korey was transferred to New York to open up an office for B’nai B’rith at the United Nations. It was there that he began working on the problem of Soviet Jewry, which interested him first as a violation of the Universal Declaration of Human Rights. It was then, too, that he made contact with the “Office Without a Name,” the top-secret Israeli bureau working out of the Israeli foreign ministry and answering to the prime minister. Also known as the Lishka, its goal was to trigger a Soviet Jewry movement in the West, and it recruited Korey to the cause. The agents of the Lishka, working undercover in the Soviet Union — the Israelis then still had an embassy in Moscow — managed to get out information on the lives of Soviet Jews, which Korey molded into articles and speeches. 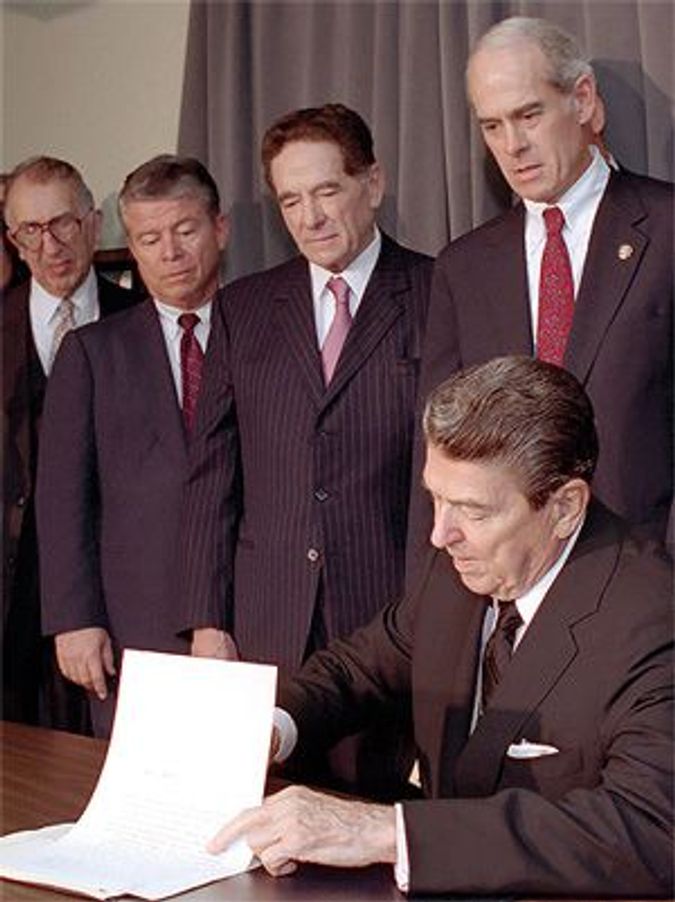 Over the next 26 years at B’nai B’rith, he continued to work constantly on Soviet Jewry, functioning as an adviser at various times, and organizing an academic committee during the 1960s and ’70s that recruited hundreds of professors and intellectuals in support of the cause.

In the battles that often raged between the more activist elements in the movement and those who preferred cautious steps, Korey usually sided with the establishment. Throughout the 1960s, when these debates over tactics first emerged, he took the position that the Jewish community had to be careful not to alienate the Soviets. It should simply point to international law and leave it at that. As the 1970s progressed and Korey saw that the Soviet Jewry cause had become a matter of deep concern for the entire community, he felt more comfortable with activist moves. He supported both the Jackson-Vanik Amendment, which restricted Soviet trade unless emigration increased, and the Helsinki Process, which lambasted, year after year in venue after venue, the Soviets’ human rights record.

When the situation called for it, he could also wield his opinion with force. In 1980, writing in his typically clinical style, Korey even attacked the overbearing Israeli involvement in the movement. “Israel’s urge to dominate is quite natural, and perhaps beneficial in many areas, for a state can do things which individuals cannot — yet in the Soviet Jewry movement, that urge is nothing less than catastrophic, for here, individuals and groups possess certain inherent advantages over states — especially spontaneity. Israel should provide information and resources to the movement; its shading into guidance and control cripples the movement. Activist resources, instead of addressing Soviet oppression, must be squandered on squabbles with the Israeli government. If this continues, the Israeli ‘Office Without a Name,’ not the Soviet regime, may well destroy the Soviet Jewry campaign.”

After retiring from B’nai B’rith in 1986, Korey wrote a series of methodically researched books chronicling the progress of the human rights movement. His 1993 tome, “The Promises We Keep: Human Rights, the Helsinki Process, and American Foreign Policy,” is still the most comprehensive account of the Helsinki Process, which arguably played a central role in prying open the Soviet Union. The foreword, written by then-senator Daniel Patrick Moynihan, commended Korey for not allowing “his trenchant analysis to become captive of any single viewpoint.” His account is, instead, one of “nuance and complexity” noting “the importance of both individuals and structures.”

Korey cared about the structures. And this is why he spent most of his professional life trying to get the United States to ratify the Convention on the Prevention and Punishment of the Crime of Genocide. When it was finally signed, in 1988, he was one of a select few invited by President Reagan to attend the ceremony.

And yet, despite his commitment to the bigger picture, when he sat with me in his apartment, close to the end of his life, he kept steering the conversation to the individuals he had helped. These were the memories that had stayed with him. He remembered with relish the role he played in the emigration of Valery Panov, a Jewish dancer with the Kirov ballet who was fired when he applied for an exit visa in 1972. Korey told the head of Columbia Artists, which contracted the Kirov for performances in the West, that the ballet would be met with massive protests if Panov and his wife, ballerina Galina Ragozina, were not released.

The Panovs were finally allowed to emigrate, partly because of this pressure. And in 1975 they put on a performance in Philadelphia, organized by local Soviet Jewry activists, as a form of thanks. Korey remembered that it was the middle of winter and he had to drive through snow flurries from New York. He described the excitement he felt when he walked into the 20,000-seat Spectrum auditorium and saw it filled with chanting activists — and the satisfaction of finally seeing Panov appear in the white circle of spotlight.

“That was certainly one of those small occasions,” he said, “when really, I really felt tremendously exhilarated.”

Gal Beckerman’s book on the Soviet Jewry movement will be published next year. He can be reached at beckerman@forward.com.