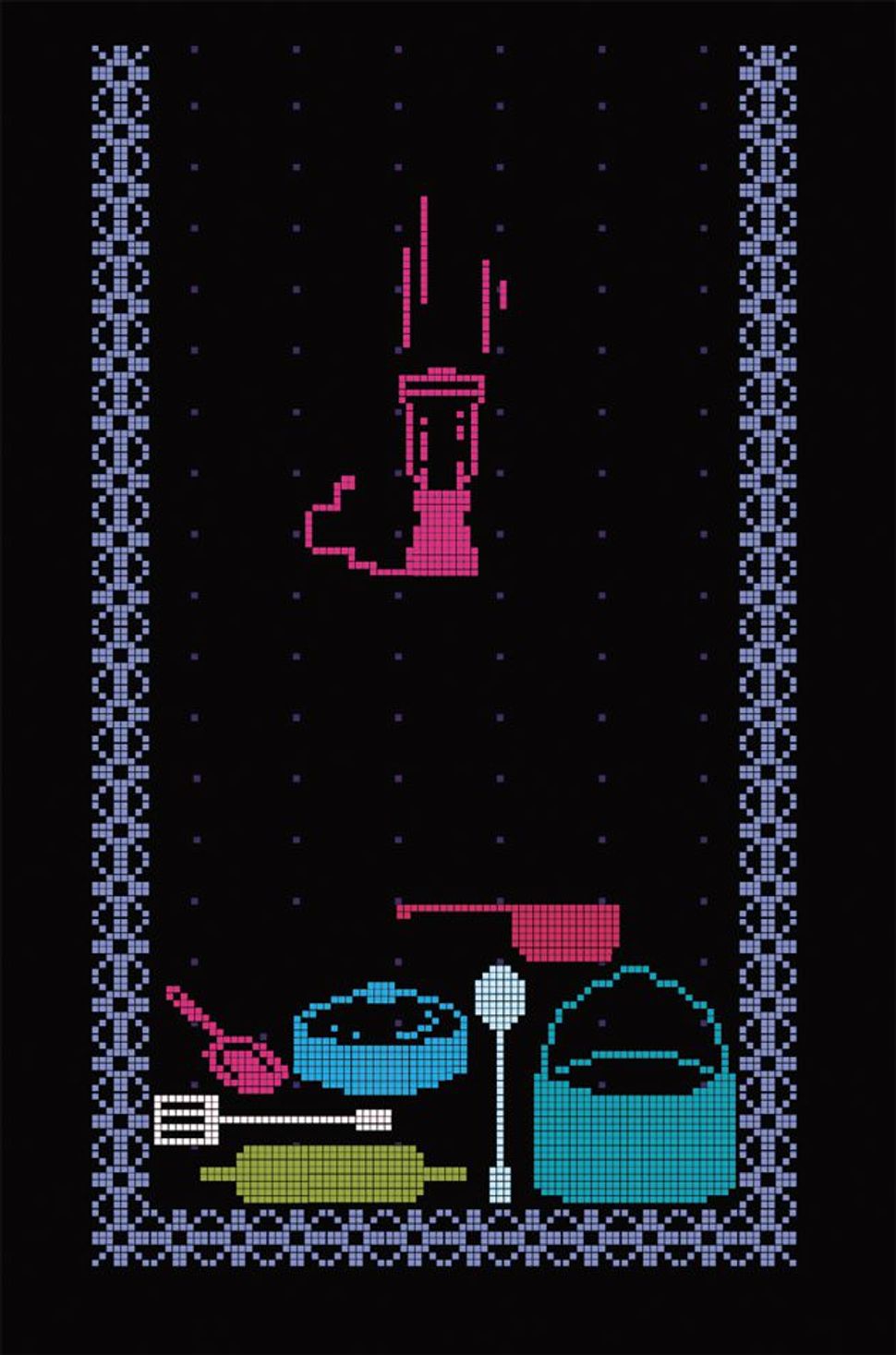 Lately, my weekends invariably include a round or two of Tetris: Kitchen Edition. 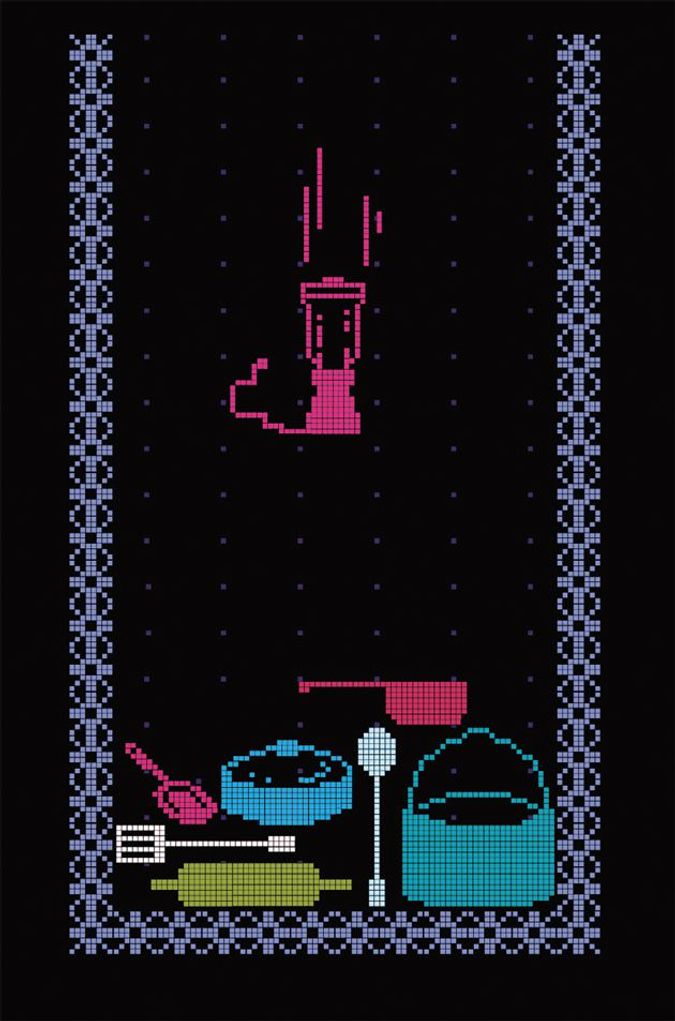 The object of this game is to fit all the new pots, pans, casserole dishes and kitchen appliances — big ones, the kind that come with scary-looking attachments and instructional DVDs — into my cupboard- and countertop-deprived Manhattan kitchen.

While I’ve spent hours sizing up these wedding gifts and rearranging my apartment to accommodate them, nearly three months into my marriage I’ve spent almost no time using them. Shiny cookware plus marriage license does not a dinner make.

After one particularly challenging game of Tetris, involving a new set of mixing bowls, my husband and I decided that we’d give ourselves a deadline to do something with the All-Clad other than stare at it: We’d host a Rosh Hashanah meal, complete with homemade brisket and kugel.

While I love to entertain, I have always thought of myself as one of the kitchen’s more hopeless cases — burning the eggs, breaking the George Foreman Grill.

So I sought guidance from Jamie Geller, the 31-year-old author of “Quick & Kosher: Recipes From the Bride Who Knew Nothing” (Feldheim, 2007). Eager to demystify holiday cooking for another know-nothing bride, she offered to come over and shepherd me through a dry run. From her cookbook, I chose two recipes that seemed Rosh Hashanah-appropriate: brisket in wine sauce and cran-apple crunch kugel. The pareve cran-apple dish, from the recipe, appeared better suited to the crumble family than the kugel one; but it sounded delicious, and — canned apples, frozen cranberries — it sounded easy.

Geller arrived at my apartment a few days later, and while we preheated the oven, she told me about her own (steep) learning curve in the kitchen. Reared in a Conservative Jewish household in Philadelphia, she became Orthodox in her 20s. She met her husband through a traditional matchmaker; two weeks later, they were engaged; two months later, they were married. In short order, Geller, who lives in the heavily Orthodox enclave of Monsey, N.Y., was making Sabbath meals for up to 20 people. “I grew up ordering takeout, and here I was, expected to host large Shabbat meals from the get-go,” said Geller, who is pregnant with her fourth child.

Those early meals were full of culinary mishaps, she said: There was the time she served her guests raw-at-the-center chicken, the time she left whole peppercorns floating in the chicken soup and the time she scrapped plans to make a broccoli kugel because the recipe called for “separating the eggs” and she didn’t know what that meant. “I was scared to go shopping; I was scared to pick out a melon; I was totally lost in every aspect of getting food to the table,” said Geller, a former segment producer for CNN and HBO.“I would have these panic attacks.”

She went from panicked to proficient and way beyond by collecting simple “dump-and-serve” recipes from friends and family and, when necessary, adapting them to suit her palate and her kosher lifestyle. “Starting so easy gave me the confidence to go forward,” she said.

It also gave Geller the raw material for her cookbook. And within a few short years, she was being dubbed the “Kosher Rachael Ray” and hosting Internet cooking shows for the Orthodox Union’s Web site. More recently, Geller was named vice president for content and marketing at kosher.com — the recently re-launched online supermarket — where she is responsible for generating magazine-style articles and producing video segments about kosher cooking.

As we bustled around my kitchen on a recent morning, Geller explained that brisket is the perfect dish for remedial cooks, because its preparation involves no trimming, cutting or bones, and because it is difficult to overcook. “The longer it cooks, the more tender it gets,” she said.

The straightforward prep work involved in making the quintessential holiday dish — rubbing spices onto the meat; pouring a ketchup, wine and water mixture over it, and surrounding it with garlic cloves and onion slices — took less than 15 minutes, including lessons on shopping for meat and safely chopping onions.

And with that, my roasting pan was on its maiden voyage into the oven, where it would remain for the next three hours.

Next, Geller walked me through the kugel recipe, which involved little more than stirring together a can of apple pie filling and a bag of frozen cranberries, and topping off the mixture with a sugary dough that took about three minutes to make.

That evening, I served up a tender Syrah-infused brisket and a tart fruit crumble that my husband said rivaled the brisket and crumbles my mother makes — a tremendous compliment.

It’s going to take many more hours, maybe years, of practice before I’m comfortable with all the new cookware and appliances crowding our apartment. But the brisket tutorial, coupled with Geller’s message about building a foundation on the easiest of recipes, gave me newfound confidence in the kitchen.

And now, the prospect of hosting a Rosh Hashanah meal is a lot less terrifying. I’m looking forward to revisiting the brisket recipe in the coming weeks; I’ve already drawn up the Rosh Hashanah guest list. George Foreman isn’t on it.

4) Scatter onions and garlic over meat.

5) In a medium bowl, mix ketchup, wine and water. Pour over brisket.

6) Cover pan tightly with aluminum foil, tenting so that the foil does not touch the meat.

7) Bake at 325° for 3 hours, or until an instant-read digital meat thermometer inserted into the center of the brisket reads 190° for well done.

8) Let stand 5 to 10 minutes before slicing diagonally, against the grain. Serve warm, and pass pan juices in a sauce bowl.

2) Place apple pie filling and cranberries in prepared dish, mix to combine and smooth into an even layer.

3) In a small bowl, mix together sugars, flour, margarine and cinnamon until crumbly. Sprinkle over apple-cranberry mixture.

4) Bake, uncovered, at 375° for 45 minutes or until crumbles are golden brown. This is best served right out of the baking dish.