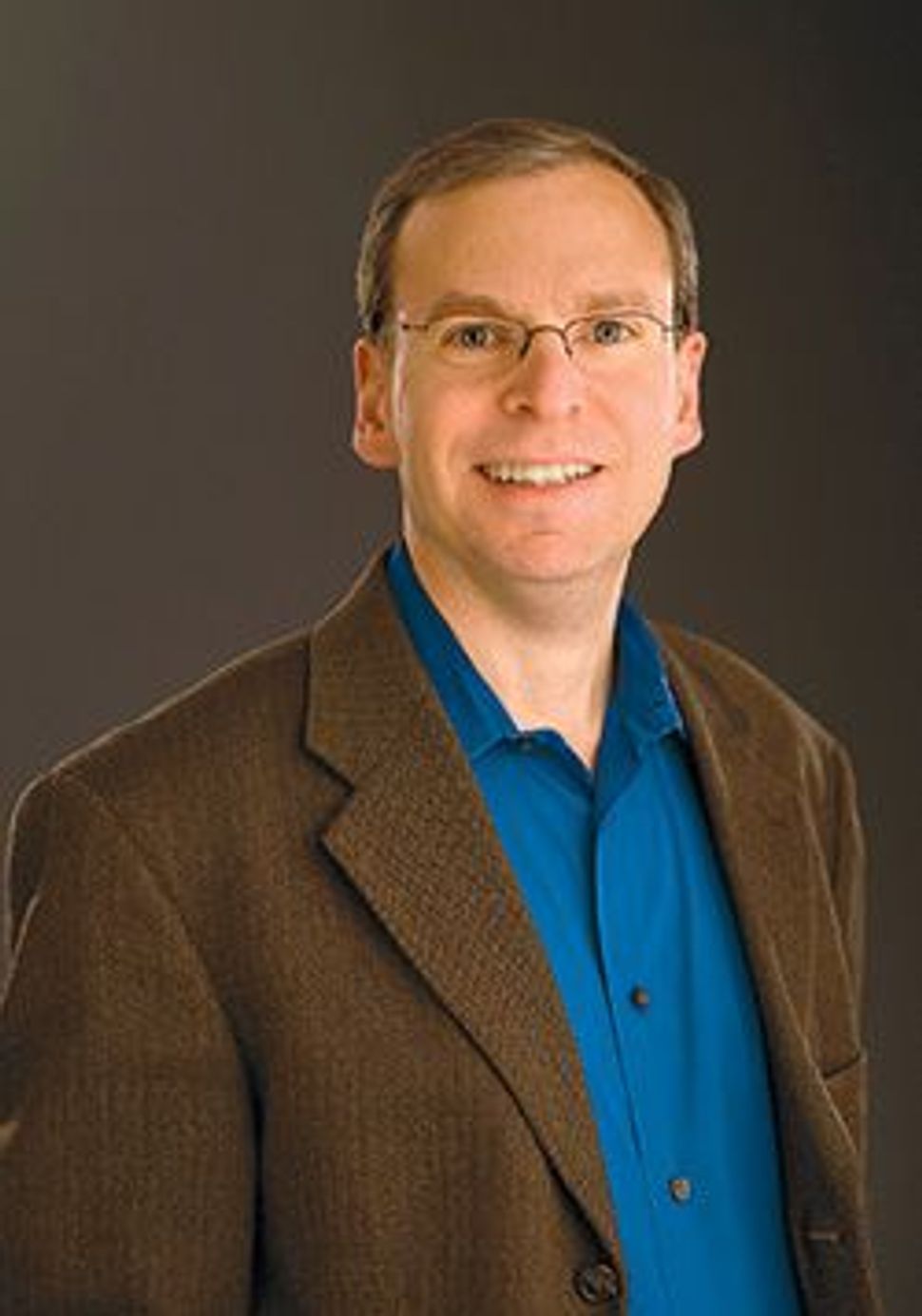 The dovish Washington-based Israel lobby J Street is about to take over the Jewish community’s largest likeminded grassroots organization. 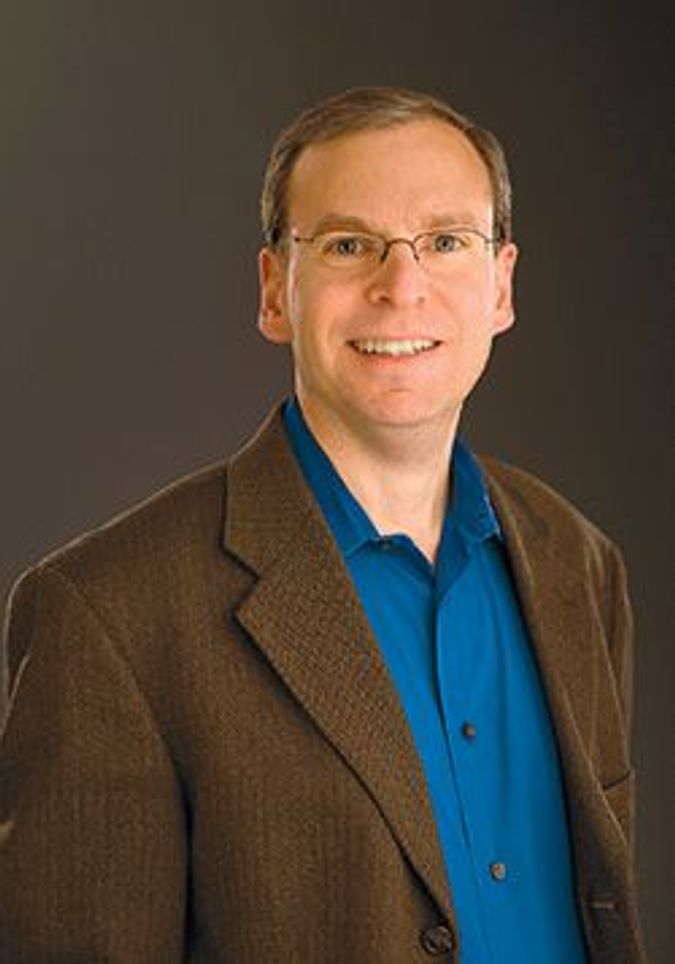 The anticipated merger of Brit Tzedek V’Shalom with J Street will give the lobby its own national network of volunteers. It is the latest in series of seemingly strategic acquisitions through which J Street — which calls for increased U.S. involvement in the Middle East peace process — is seeking to develop a multi-tiered operation mirroring that of the American Israel Public Affairs Committee, its much larger, mainstream rival.

According to unofficial accounts, J Street and Brit Tzedek V’Shalom are in advanced talks that are expected to lead to the latter’s absorption by J Street to become the lobby’s field operation branch.

The move is yet another demonstration of how the 18-month-old lobbying group has been changing the political landscape on the Jewish left and consolidating its power at a time when other groups are struggling to survive.

Brit Tzedek officials have stressed that talks with J Street are only at their initial phase and will probably be concluded by October, in time for J Street’s first national conference. But the emerging bottom line is clear: Brit Tzedek’s operation will become part of J Street, although the groups will not formally merge and they will not have a joint board.

“We always believed that in order to have a greater impact we need to be as big as possible,” said Steve Masters, Brit Tzedek’s president. “That’s why having an opportunity to work together is important.” The two groups already have some joint programs and, according to Brit Tzedek leadership, there is full agreement on the political line, which supports a two-state solution, opposes settlement activity and advocates greater U.S. involvement in the Middle East peace process.

Still unclear is what, if anything, will be left of Brit Tzedek once the cooperation agreement is finalized. “We’ve not reached any conclusion yet,” said Diane Balser, the group’s former executive director, who is now consulting on the cooperation talks. “We don’t know if the brand will remain,” she added.

Jeremy Ben-Ami, J Street’s executive director, made clear that any future cooperation would be within the framework of his organization. “They [Brit Tedek activists] will have to decide how they’d like to become active with us as individuals,” he said.

J Street currently has a budget of approximately $3 million and 22 employees on staff. This is dwarfed by AIPAC’s $70.6 million budget, of course. But it represents a solid financial base for a new group on the dovish end of the spectrum. Americans for Peace Now, for example, a much older, well-established group, worked on a budget of just $2.4 million last year.

Ben-Ami believes that his group’s financial base is the main incentive for Brit Tzedek to enter a cooperation agreement. “It gives them access to funding that Brit Tzedek could not achieve on its own,” he said. “They’ve gone as far as they could and now they need us if they want to move to the next level.”

Brit Tzedek distinguished itself from other dovish Jewish groups by developing a massive grassroots operation. It claims 48,000 volunteers across the country who take part in local pro-peace activity, lobby their elected representatives and work with communal institutions to promote their agenda.

The group has a budget of less than $900,000 and a staff of five, but what makes Brit Tzedek attractive for a J Street takeover is its active network of local chapters and organized supporters. Even more significant is the group’s rabbinical outreach operation, which maintains close ties with likeminded rabbis in pulpits throughout the country.

“It’s a huge asset,” said Ben-Ami of J Street. “I am very impressed they have more than 1,000 members of clergy in their network.”

The acquisition of Brit Tzedek is expected to help J Street reach beyond what Ben-Ami calls the “click activists” — supporters whose activism is conducted mainly while sitting at their computers. The Brit Tzedek grassroots operation is known to be active in organizing meetings with representatives and showing up at political gatherings to make a statement.

But the prospective cooperation agreement is just one of several recent moves by J Street intended to broaden the group’s scope of operation and reach out to areas and audiences beyond the Washington-based political advocacy crowd.

J Street’s takeover last October of the Union of Progressive Zionism was also seen as step in this direction. The tiny left-leaning campus organization was merged into J Street in order to serve as the group’s outreach arm to another key audience: young Jewish students.

Another crowd the lobby has in its sights is mainstream Jewish activists who have, up to now, largely stirred clear of J Street due to its leftist image. J Street’s latest recruit — director of policy and strategy, Hadar Susskind — is hoping to reach out to these activists and make them “look at it differently.” Susskind comes to J Street after serving as vice president and Washington director of the mainstream Jewish Council for Public Affairs, the organized Jewish community’s umbrella group for advocacy on domestic issues.

Susskind’s previous role not only earned him a reputation as a savvy political hand; he also became a well-known figure in the federation system and in local Jewish community relations councils. “The fact that I am lucky to be in a position to know many people in the community across the country will hopefully help,” he said. “I hope that people who had never looked deeply at J Street will now do so.”

Susskind’s personal background could also help — he grew up in Israel and served in a top combat unit of the IDF, a far cry from the stereotype of the Jewish peacenik.

As J Street grows by leaps and bounds, other groups in the Jewish left are struggling. With resources limited due to the financial downturn and with J Street attracting many of the remaining resources, organizations such as the Israel Policy Forum and Americans for Peace Now are trying to adjust to a new reality. For Brit Tzedek, the cooperation with J Street is seen as a way of ensuring the group’s survival and of adding another dimension to its advocacy work. Americans for Peace Now is thought to be in a stable financial position, although it is not growing in staff or budget.

The Israel Policy Forum is trying to explore its own merger possibilities, as insiders say the group is “on the brink” and is maintaining itself “from month to month.” On Sept. 3, IPF lost one of its key employees, MJ Rosenberg, who wrote the group’s popular opinion column and served as its face in the national media. With Rosenberg leaving IPF to join the Media Matters, a liberal media monitor website, the group’s Washington office will be left with only two staffers. According to tax records, IPF has seen a steady decline in donations in the past years and received only $1.7 million in 2007.