An $800,000 Israel Ad Campaign to Save ‘Lost’ Diaspora Jews Falls Flat And Dies 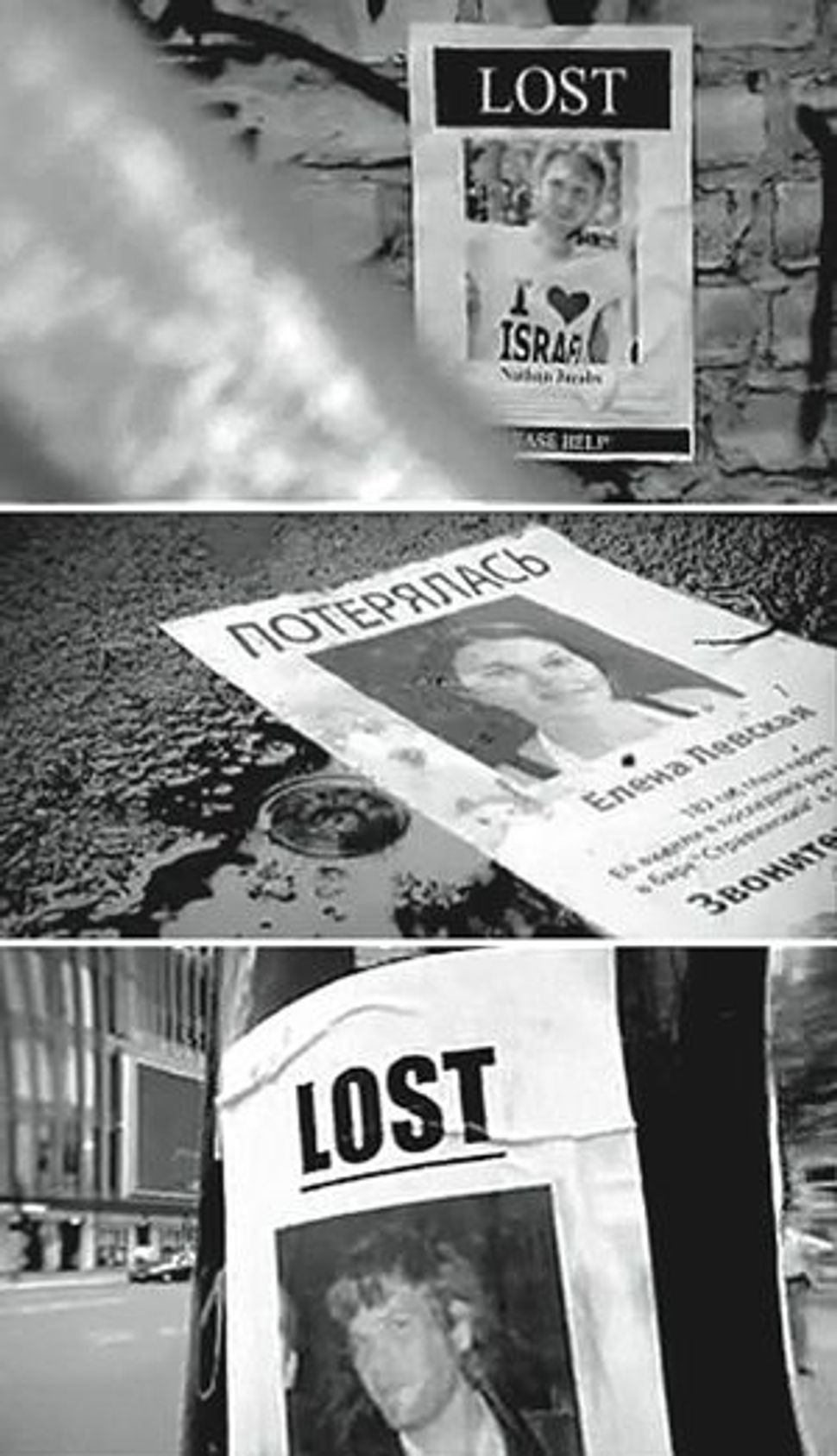 Killed: A TV spot by Masa, funded by the Israeli government and the Jewish Agency, that urged Israelis to call a hotline with details on individual Diaspora Jews in danger of assimilation.

A bungled ad campaign that urged Israelis to phone a hotline and report details on individual Diaspora Jews whom they fear will assimilate involved an outlay of around $8,000 per name received, the Forward has learned. 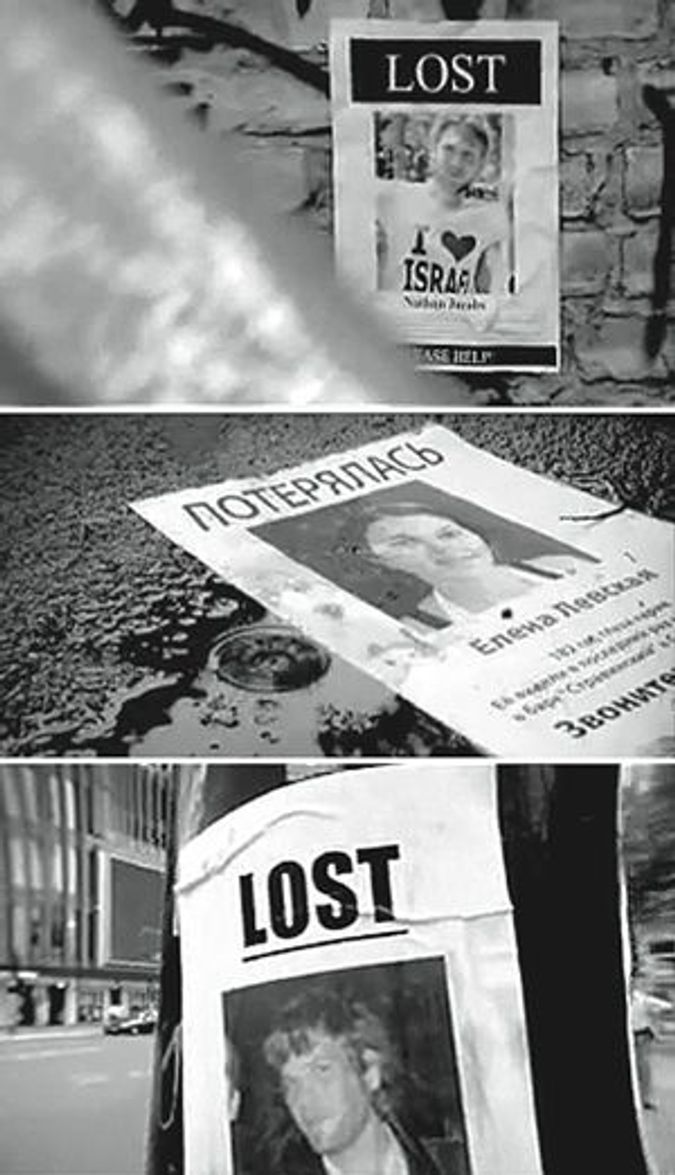 Killed: A TV spot by Masa, funded by the Israeli government and the Jewish Agency, that urged Israelis to call a hotline with details on individual Diaspora Jews in danger of assimilation.

On September 2, Masa, an Israeli government and Jewish Agency-funded organization, began a 10-day advertising campaign on Israeli television. It hoped to harness the Israeli public in recruitment for its programs, which bring young Jews to Israel for subsidized yearlong or semester-long trips. But its campaign caused international outcry, and on the sixth day it was dropped.

In the wake of the debacle, experts in Israel’s relations with world Jewry are shaking their heads over the depth of the chasm it revealed.

In the advertisement, missing-person signs showed Jewish names and faces posted at a train station as grim-looking trains departed, while a narrator, speaking over haunting music, intoned: “More than 50% of young Jews overseas are assimilating, and we are losing them. Do you know a young Jew overseas? Call Project Masa, and together we will strengthen the tie to Israel so we won’t lose him. Masa — a year in Israel, a love for a lifetime.” The ad gave viewers a hot line to contact.

No source was cited for the 50% assimilation figure, but it is widely believed to reflect the much discussed finding of the 1990 National Jewish Population Survey, sponsored by the Council of Jewish Federations, which reported a 52% annual rate of intermarriage.

As soon as the ads went on air, they drew fire from Diaspora Jews who condemned them as insulting and patronizing. People in mixed-faith relationships and their children — who, in the United States, often retain a significant sense of Jewish identity — took particular offense at the notion that the purported rate of intermarriage represents the rate of people “lost” to Jewish life. The scant trickle of calls in response to that ad seemed to underline a basic flaw in the concept.

“The advertisement just does not resonate with the Israeli mindset,” Haifa University professor Oz Almog, widely considered one of the most authoritative sociologists on Israeli society, told the Forward.

A Masa source told the Forward shortly before the campaign was dropped that the hot line had taken 200 calls. Half the callers registered names and contact details for Jews abroad in danger of being lost to assimilation, the source said in a background briefing given on condition of anonymity. This meant the outlay for each lead was around $8,000 for the $800,000 ad campaign. Marketing experts believe it optimistic to think that more than one out of 20 among those identified will ultimately respond to a follow-up appeal from Masa.

The advertisement was produced by Drori Shlomi Advertisers, a successful Tel Aviv agency with a client list that includes Alfa Romeo and the large cleaning product and toiletry brand Sano. The company was sub-contracted by Masa’s public relations agency, Motti Sherf.

A creative team led by Drori Shlomi CEO Ofer Feldman came up with the missing-person concept and did not expect to cause significant controversy in doing so. Motti Sherf and Masa CEO Ayelet Shilo-Tamir gave the advertisement the green light.

But Almog claims they should have known better. After watching the advertisement, Almog, who heads a project chronicling contemporary Israel, and who this fall will give a series of lectures on “the Israeli mentality” at New York University, commented, “This is such anachronistic thinking, it is unbelievable.” He said that the response it would evoke from the average Israeli, if it registered at all, would be, “Who really cares?”

Almog added: “It’s such a simplistic way of thinking. If you are concerned about Jewish assimilation, you must work very carefully through what are the causes and reasons for social processes. To ‘save’ Jews from assimilation, you need to use sociological tools and analysis. Does this?”

According to Almog, the advertisement reflected the “unfortunate reality” that Jewish Agency-linked organizations fail to take advantage of research. “I have begged [the Jewish Agency] again and again to meet with me so they will understand what Israeli society is today, but they won’t,” he said.

Eli Shaked, who works on the Masa account at Motti Sherf, refused to comment on market research for the advertisement or on response rates. “The reason for this campaign,” he said September 7, the day before it was dropped, “was to create public discourse regarding one of the most serious issues in the Jewish world — assimilation — and there is indeed a public debate around this issue because of the advertisement. And in respect of this, I don’t want to comment further.”

Unfortunately for Masa, the public debate was almost exclusively critical of its ad. And on September 8, Shiloh-Tamir announced it was to be spiked immediately.

“While this campaign attempted to motivate the Israeli public to be more involved in this collective enterprise, the images that were chosen touched many raw nerves,” Shiloh-Tamir admitted in a publicly released letter.

Conspicuously absent was any climb-down from the idea of having Israelis report Diaspora Jews at risk of assimilation, or distancing from the idea that intermarried Jews are “lost.” Instead, Masa was presented as misunderstood. There was “some misinterpretation on the part of the Israeli press about the actual content of the ads, which also impacted this sense of misunderstanding,” Shiloh-Tamir wrote.

In the preceding six days, the Israeli public greeted the advertisement, which aired on all the major Israeli TV stations, with a collective shrug. But many Diaspora Jews were up in arms. As links to a video version of the advertisement spread on the Internet, it was Jewish bloggers who spread the word.

The influential Los Angeles writer Esther Kustanowitz slammed the use of missing-person signs because of their September 11 association. “Invoking that image to refer to people who are not dead, but presumed ‘lost to Judaism’ because they ‘married out,’ seems somewhat inappropriate,” she wrote.

“This isn’t Anatevka, people,” she inveighed, invoking the storyline of the famous play “Fiddler on the Roof,” which chronicled how the daughters of Tevye the Milkman defied their father’s wishes and tradition in their marriage choices in an early 20th century Eastern Europe shtetl. “If your daughter runs off with a Perchik, or even a Fyedka, don’t cut them out. If people are treated as if they’re lost to Judaism, they will be lost to Judaism.”

In Britain, Jonathan Romain, one of the country’s best-known Jewish leaders, voiced his concerns while the ad was still running. “It’s a bit insulting to label all intermarried Jews as lost to Judaism,” said Romain, a Reform rabbi who runs programs for mixed-faith couples who want to be involved in the Jewish community.

Romain also questioned the Israel-centric model of Diaspora-Israel relations that the campaign invoked. He wondered if many Israelis “aren’t also lost to Judaism; maybe it should be a two-way process, and vibrant Jewish communities in the Diaspora can remind secular Israelis about the Jewish values from which they have become divorced.”

Both Kustanowitz and Romain favor taking identity-building trips to Israel.

Through most of the criticism the Jewish Agency kept quiet, saying that while it funds Masa, the organization is free to spend its budget as it sees fit. Speaking to the Forward when the ad was still airing, spokesman Michael Jankelowitz tried to stress the positive. “Who had heard of Masa before they ran this campaign?” he asked.

However, in the hours before the campaign was spiked, even the Jewish Agency turned against Masa. Paula Edelstein, chair of the Jewish Agency’s aliyah department, wrote a joint letter with Gilad Kariv, head of the Israel Movement for Progressive Judaism, criticizing the way the ad drew a “fierce contrast between the Israeli reality and that of the Diaspora through the portrayal of the latter as an existential threat that leads Jews to the loss of their identity.” The implication of the ad, they said, was that Masa “is meant to stop assimilation through the negation of the Jewish life of Diaspora Jews.”

An $800,000 Israel Ad Campaign to Save ‘Lost’ Diaspora Jews Falls Flat And Dies