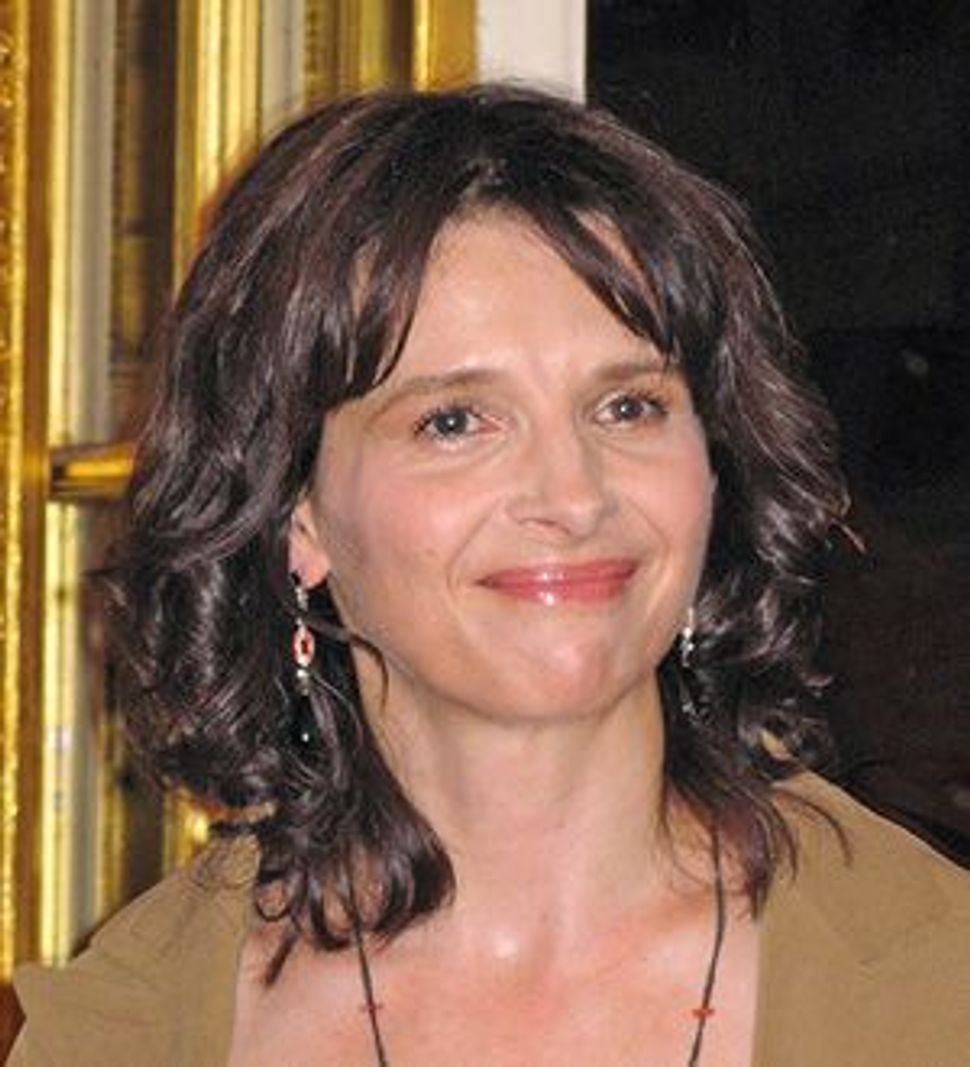 Artist Binoche: The actress spoke at an exhibition of her work at the French Embassy. Image by KAREN LEON

Not until after I had met the stunning French film star Juliette Binoche at the September 9 preview of the exhibition of her latest book, “Portraits In-Eyes” at the Cultural Services of the French Embassy did I learn of her maternal grandparents’ imprisonment at Auschwitz. Pity. Our chat would have had a different context. 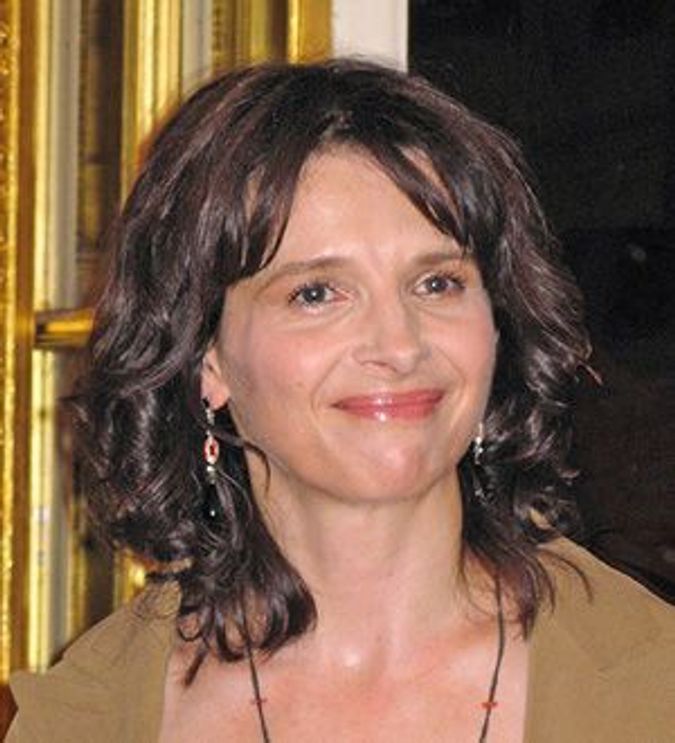 Artist Binoche: The actress spoke at an exhibition of her work at the French Embassy. Image by KAREN LEON

Though there are several French-Jewish film directors among the 33 to whom she pays homage in the exhibition of her graphics and emotion-wrenched poetry in English and French, I was particularly interested in her relationship with Amos Gitai, who directed her in the 2007 film “Disengagement.” In the movie, she portrays Ana, a dissolute European woman who is reunited with her abandoned daughter, Dana (Dana Ivgy), now working in a Gaza settlement. The reunion takes place amid the rage and pain of the eviction of religious settlers by uniformed fellow Jews who obviously do not relish the assignment.

At the reception, a now very svelte Binoche (sizes smaller than in “Disengagement”) spoke briefly and never stopped smiling. Adding a new talent/skill to her repertoire, she is dancing with British choreographer Akram Khan at the Brooklyn Academy of Music from September 15 to September 26 .

With a nod to the famous slogan, you don’t have to be Jewish to love “The Rashevski Tango,” a delicious Belgian film that opened on September 11. In French, with English subtitles, and a sprinkling of Yiddish, director Sam Garbarski puts the spotlight on a family in Belgium whose Jewish identity — or lack of it — is something of a mish-mash: uncircumcised, living a “Jewish lite” life, intermarried, heavy-duty Orthodox and more. The death of Rosa, Holocaust survivor and Rashevski matriarch, sets in motion her family members’ introspective dialogue about their Jewish identity. Rosa’s mantra, that the tango solves all problems, becomes the transcendent glue that intercepts difficult moments.

There’s Dolfo, Rosa’s secular brother-in-law, who is a camp survivor and still has an eye for the ladies; her estranged husband, Shmuel, who is now an embittered Orthodox rabbi in Israel; her two adult uncircumcised sons and grandsons, and a gentile daughter-in-law who is more concerned with Jewish tradition than her husband and their daughter Nina are: Though halachically not Jewish, decides she wants to raise a Jewish family. Add the “goy” Antoine, who is willing to go all the way for love, and an Arab-Jewish romance, and you’re in for a tasteful treat enhanced with humor and enough sex to garner an R rating. And then there’s the tango!

Garbarski treats his characters with respect and sensitivity. Despite differences of opinion, the Rashevski clan never fractures. There’s a lot of hugging, warmth between the brothers and family members. Even a disrupted Seder scene is handled with insight and a lack of acrimony. When I returned for a second “tasting” of the film, I was rewarded with a few overlooked details: one of Rosa’s sons putting cornichons (miniature pickles) on ham canapés as he plays chess with his brother. This buffet of a film has something for everyone to nibble on.