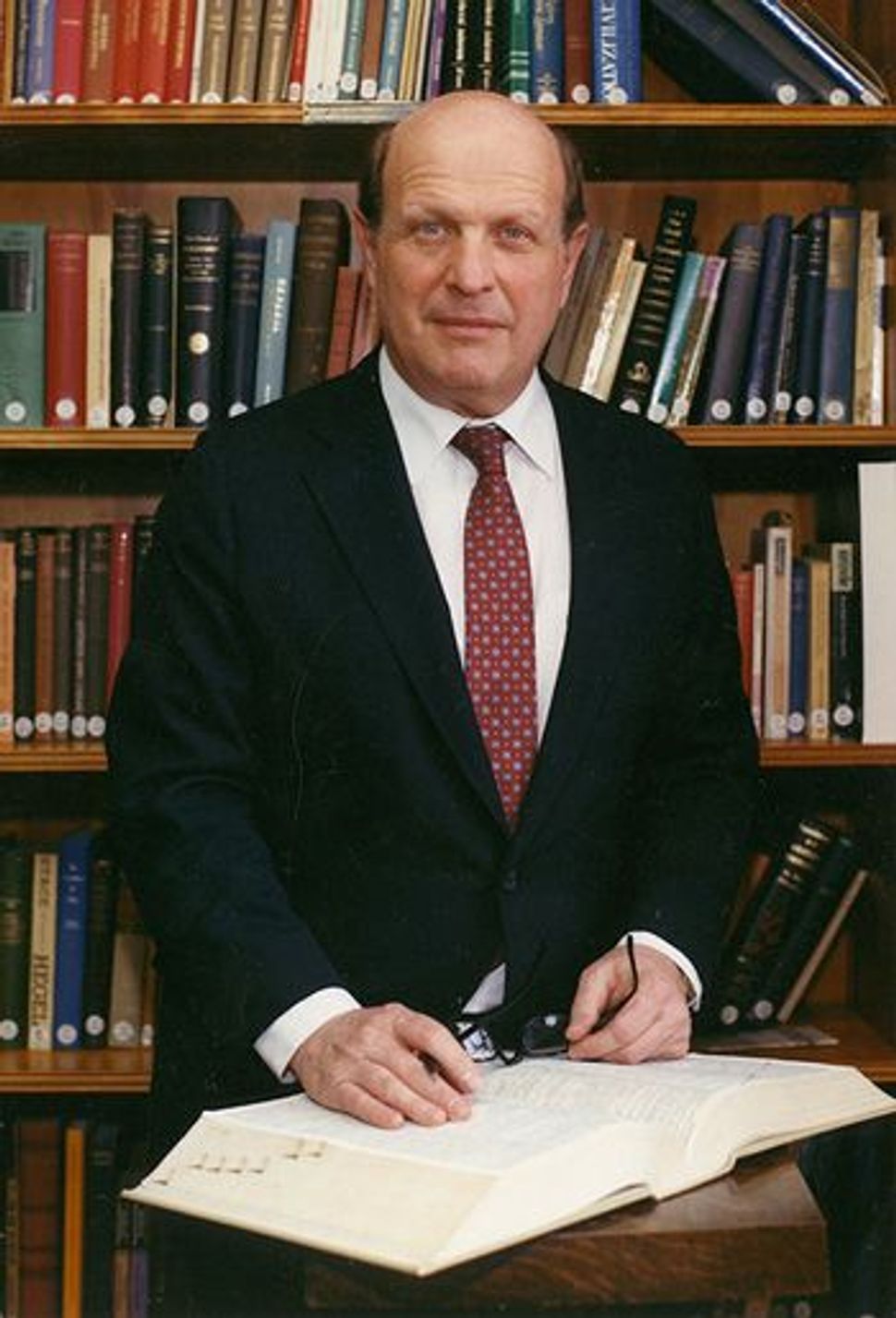 Each year, the day before he was to ordain them as rabbis, Rabbi Alfred Gottschalk told students at the Reform movement’s Hebrew Union College-Jewish Institute of Religion about an experience he had as a young boy in Oberwesel, Germany. 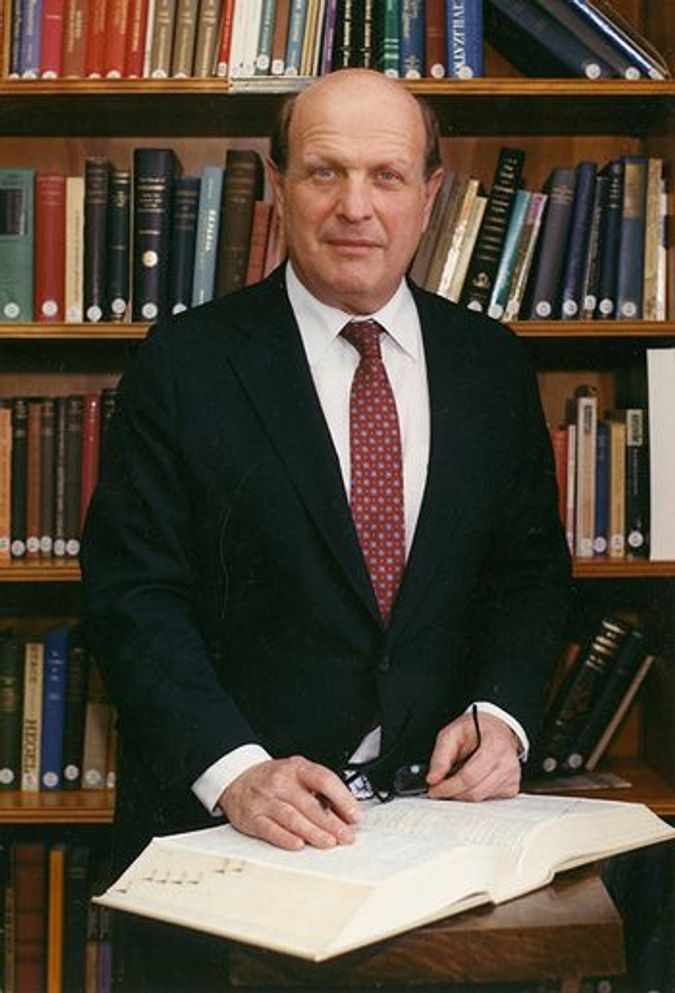 The day after Kristallnacht, the November night in 1938 when the Nazis rampaged through synagogues and Jewish-owned businesses, his grandfather took him down to the river where they gathered the torn, sodden pieces of the Torah scrolls, which had been discarded like so much garbage.

His grandfather then told the 8-year-old boy that it was now his job to preserve and protect those pieces of parchment and stitch them back together.

“This story provides the trope for understanding the shape and direction of his life,” said Rabbi David Ellenson, president of HUC-JIR, in the eulogy he gave for his predecessor and mentor on September 14 at Cincinnati’s Plum Street Temple.

Gottschalk died September 12, at age 79, 10 months after suffering grave injuries in a car crash. He was buried in the same cemetery as Isaac Mayer Wise, founder of American Reform Judaism, and other former presidents of HUC-JIR.

First as dean of the Los Angeles campus, and then, from 1971 through 1996, as president of the entire HUC-JIR, Gottschalk built and expanded the Reform movement graduate schools that have trained thousands of Reform rabbis, cantors, Jewish educators and communal service workers on its four campuses.

Among other things, Gottschalk established schools of education and Jewish communal service in Los Angeles, and in the 1970s, in the heart of a recession, envisioned vastly expanded centers for Reform Judaism in Jerusalem and New York. In 1979, he moved the New York school, which was in a small Upper West Side space, to the campus he built adjacent to New York University in the West Village.

His early childhood was shaped by the Nazi persecution that forced his father to flee the Rhineland, where his family had lived for generations, just ahead of Nazi arrest. When he was 9, a Nazi entered his classroom and screamed: “Jews, raus! [out], raus! RAUS!”

“So much of his life’s work on behalf of the Jewish people and humanity was motivated and had its source in this incident,” said Ellenson, who recalled the tone of “sadness, humiliation, and fury of 50 years” with which Gottschalk recounted the story at a conference years later.

Soon after that, the young Gottschalk and his mother joined his father in America, settling in Brooklyn. “Fred” Gottschalk, as he was called, became a semiprofessional football player after graduating from Boys High School, earning money that helped support his mother and an aunt and uncle.

But he decided to become a rabbi at age 15, influenced by the guidance he found from rabbis and by the anti-Nazi speeches of Rabbi Stephen Wise, a renowned Reform rabbinic leader.