Women Take Kashrut Out of the Kitchen 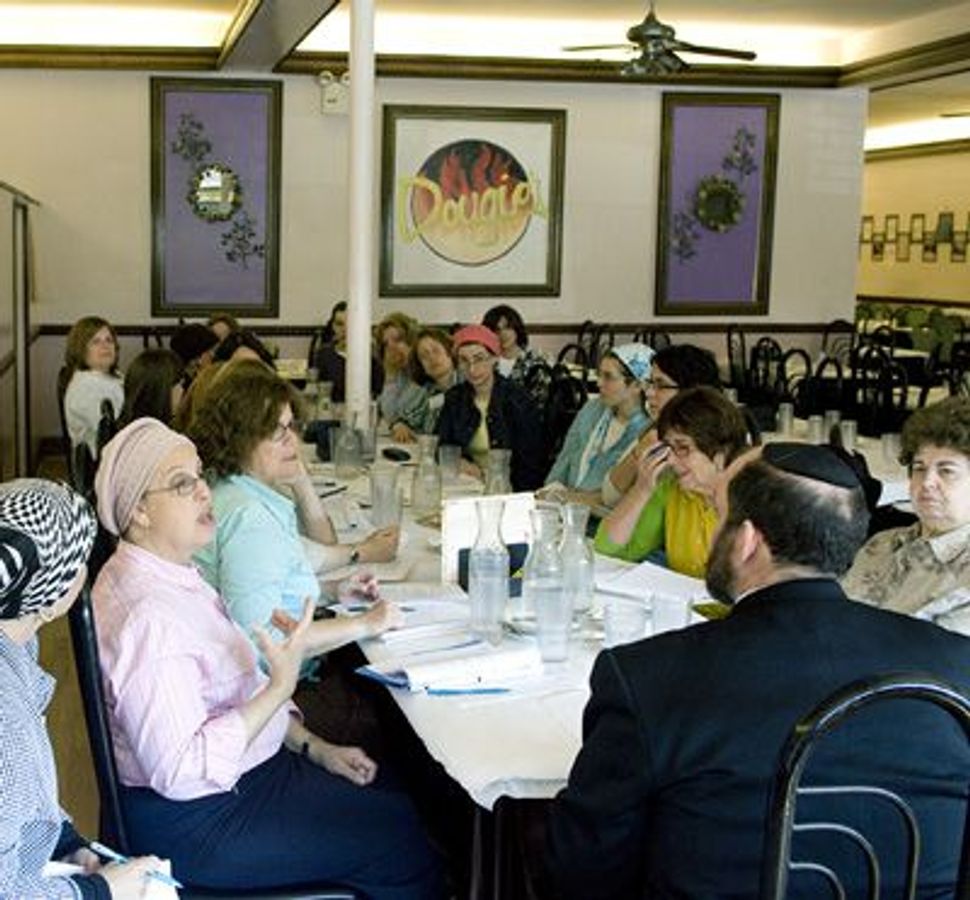 Class in Session: Orthodox women meet in a Brooklyn restaurant with a rabbinic coordinator to study the details of kashrut. ?This is a stepping stone,? one of the participants said. Image by ARIEL JANKELOWITZ 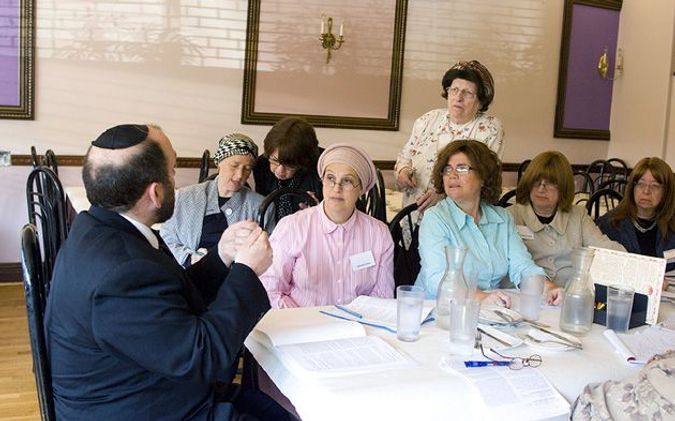 A Seat at the Table?: Rabbi Dov Schreier leads a class at a kosher restaurant in Brooklyn. Image by ARIEL JANKELOWITZ

Religious Jewish women, the primary cooks in Orthodox families, have long ruled kosher kitchens and served as crucial, informal kosher watchdogs for their families and guests. But those women are rarely trusted with the even more powerful, formal task of professionally supervising the production of kosher food.

This may be starting to change. For the first time, both the Orthodox Union and Star-K, two large Orthodox kosher agencies, are offering courses for women in the Jewish dietary laws of kashrut this year. Neither course will explicitly train women to be mashgichot, official kosher supervisors, even though there is no religious prohibition against it, and the move has caused some debate and friction within religious circles. 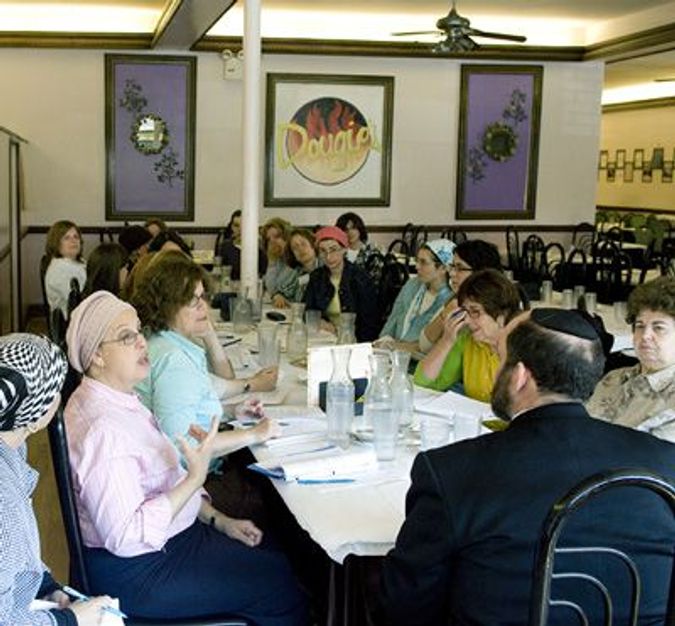 Class in Session: Orthodox women meet in a Brooklyn restaurant with a rabbinic coordinator to study the details of kashrut. ?This is a stepping stone,? one of the participants said. Image by ARIEL JANKELOWITZ

Still, around 25 women came to the New York area in August to attend a five-day advanced course organized by the O.U. that included visits to industrial kosher kitchens and classroom sessions intended to provide “a comprehensive, in-depth overview of the entire kashrut industry, including the home kitchen,” said Rabbi Yosef Grossman, education director of the O.U., which is the largest kosher-supervising body in the United States

Star-K will offer for the first time a two-day course in the fall “to women who are already in the kashrus field, a chance to enhance their knowledge,” said Rabbi Mayer Kurcfeld, Star-K’s assistant director of supervision. He said that about 20% of Star-K’s mashgichot, in local businesses such as restaurants and hospitals, are women.

In fact, women are employed by a number of traditional agencies, but not as supervisors, nor are they being trained for those more powerful positions. In Star-K, for instance, the women’s course is clearly a shortened version of the course that is offered for men, which is run over a five-day period.

“The course given to women is geared towards doing local kashrus…. We won’t go through all the halachic long, lengthy analysis and all the origins of every rule. Our intention here will not be ‘go here and make a halachic ruling’ it is to enhance abilities to do their job,” Kurcfeld explained. The women students will also not visit a slaughterhouse, as Star-K has no women serving as kosher slaughterers, or as supervisors at large food plants.

In contrast, the O.U. offers two courses for men, one lasting a week and another more in-depth course that runs for three weeks. While neither provides the entire course of study to become a mashgiach, a large percentage of the men go on to become professional supervisors in their communities.

When asked whether women could ever serve in those roles, Grossman immediately and curtly deferred to his superior, Rabbi Moshe Elefant, the O.U.’s executive rabbinic coordinator and chief operating officer, who told the Forward: “We currently do not have any women in that role, but that doesn’t mean that they are unable or that that has to be that way. We are not adverse to considering a woman for such a position.”

There certainly are women interested — such as Ruth Greiter, a formally trained chef who is now a stay-at-home mother and who frequently entertains large groups of guests. “This is a stepping stone,” she said of the O.U. course. “I’m hoping to find more.” When asked if she would enroll in a course to become a mashgicha, she responded, “I would do it at the drop of a pin.”

Another participant, who withheld her name for fear that it would affect her business negatively, said, “Kashrut is very much a male world, and it will be very interesting to see if women are let in.”

There are Orthodox women who argue that, in fact, they are better equipped to serve as supervisors, bringing more kitchen experience to the job than their male counterparts. “There are oversights that a man can make because he doesn’t know what to look for, because they’re not raised in a kitchen. My daughters know it instinctively. The men have to be told. A woman knows that,” Greiter stressed.

Her fellow students in the O.U. course echoed that sentiment while at Dougies Barbecue, a kosher restaurant in the Orthodox Brooklyn neighborhood of Boro Park where the O.U. course met one morning in late August. The group of 25 women clad in long skirts and modest hair coverings listened intently as Rabbinic Coordinator Dov Schreier sat at the head of a long table telling of an oversight by one male kosher supervisor.

One woman interrupted and eagerly asked who the supervisor was, but before the rabbi could respond, two women — nearly in unison — emphatically commented: “This is where having a woman would have made a difference.”

Women Take Kashrut Out of the Kitchen