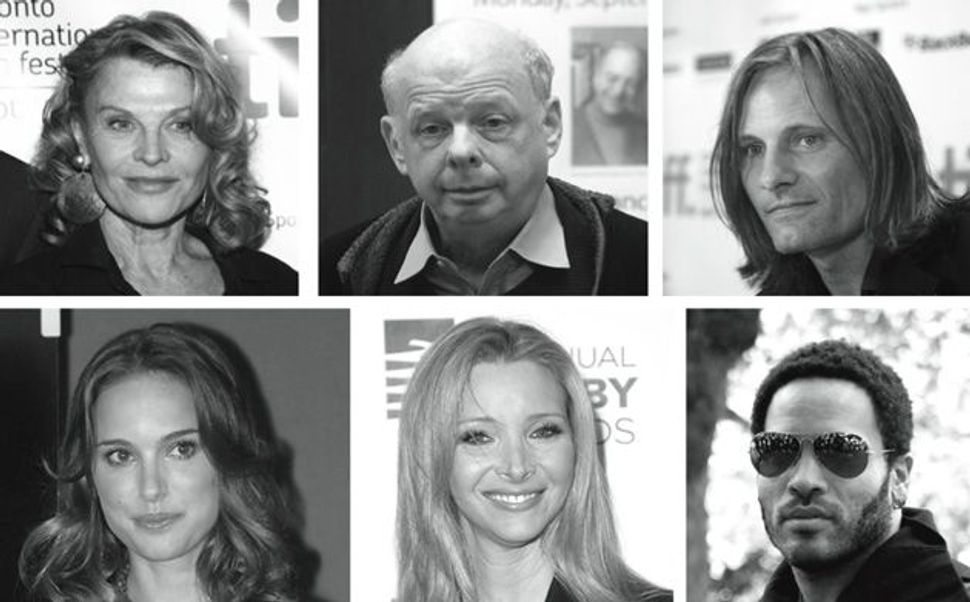 A celebrity face-off over Israel at the Toronto International Film Festival in September marked the latest skirmish in a long-percolating Palestinian effort to promote an artistic and cultural boycott of Israel.

On one side, a lineup that included Viggo Mortensen, Wallace Shawn, Danny Glover, Julie Christie, David Byrne and Naomi Klein signed a protest letter against the festival’s decision this year to partner with the city of Tel Aviv on the occasion of the Israeli city’s 100th anniversary.

The war of celebrity words had no impact on the festival itself, which was scheduled to run through Sept. 19. Talk at the glittering parties that brighten Toronto during the festival was more concerned with Drew Barrymore’s new hairdo – and occasionally, the actual films – than the Israeli-Palestinian conflict. But among activists, the Toronto film festival fracas marked yet another opportunity for disseminating a message that has grown louder since the military campaign in Gaza last winter.

What happened in Toronto was not intended to be a boycott, per se. In their letter objecting to the Tel Aviv program, the signers stressed, “We do not protest the individual Israeli filmmakers included” in the festival, “nor do we in any way suggest that Israeli films should be unwelcome at TIFF.”

Indeed, the Israeli film “Lebanon,” a brutal depiction of the experiences of four Israeli soldiers in the 1982 Lebanon War, was one of the festival’s most popular entries this year.

But the letter-signers publicly registered their view that by forging the celebratory Tel Aviv partnership, “TIFF, whether intentionally or not, has become complicit in the Israeli propaganda machine.”

“The emphasis on ‘diversity’ in [the Tel Aviv partnership program] is empty given the absence of Palestinian filmmakers in the program,” they

wrote. “Furthermore, what this description does not say is that Tel Aviv is built on destroyed Palestinian villages, and that the city of Jaffa, Palestine’s main cultural hub until 1948, was annexed to Tel Aviv after the mass exiling of the Palestinian population.”

Supporters of the film festival quickly shot off their own letter. The response, however, appeared to be focused on the boycott that the protesters disavowed. “We don’t need another blacklist,” declared the rebuttal letter, distributed by the Jewish federations of Toronto and Los Angeles. “Anyone who has actually seen recent Israeli cinema, movies that are political and personal, comic and tragic, often critical, knows they are in no way a propaganda arm for any government policy.”

The flap in Toronto is just the latest in an ongoing culture war over Israel’s public image, and one small branch of the larger movement to boycott Israel. That movement, with both cultural and economic fronts, seems to be gaining strength since Israel’s military campaign in Gaza last winter.

Israeli officials are well aware of this. After the Gaza War ended in January, the Israeli government embarked on a not-at-all-secret $2 million image rebranding. But the organizers of the Toronto film festival say they chose Tel Aviv as a spotlight city based on its vigorous cultural life and artistic ferment, not because of political pressure, and there’s no reason to disbelieve them. After all, the films included in the festival’s City-to-City program portray a complex, sometimes harshly critical view of Israel’s military operations. Festival organizers say they received no financial support from Tel Aviv or Israel government sources, though Israel’s film fund did pay for some filmmakers to travel to the festival in Toronto, which is standard practice in many countries.

Regardless of the festival organizers’ motives, the Israeli government has been open about its goal of promoting culture to counter images of war and Palestinian suffering.

“We will send well-known novelists and writers overseas, theater companies, exhibits,” Arye Mekel, the Israeli Foreign Ministry’s deputy director general for cultural affairs, told The New York Times in March. “This way, you show Israel’s prettier face, so we are not thought of purely in the context of war.”

Even before Operation Cast Lead and the backlash it provoked internationally, Israeli officials were working on rebranding. Amir Gissin, the Israeli consul general in Toronto, cheerfully chatted with the Canadian Jewish News in August 2008 about plans to promote Israel’s cultural and scientific achievements.

“The way to fix negative images of Israel is to present Israel in a positive light elsewhere,” Gissin said.

Supporters of the Palestinian cause have been paying attention, and are determined to cast a shadow on that positive light.

Led by prominent Canadian author and activist Naomi Klein, the filmmakers, artists and writers opposed to the festival’s partnership with Tel Aviv wrote, “Looking at modern, sophisticated Tel Aviv without also considering the city’s past and the realities of Israeli occupation of the West Bank and the Gaza strip would be like rhapsodizing about the beauty and elegant lifestyles in white-only Cape Town or Johannesburg during Apartheid.”

Jane Fonda initially signed the protest letter, which was published September 3, but apparently she had second thoughts. On September 14, the actress and longtime activist issued a statement saying she had not read or considered the original letter carefully enough.

“Some of the words in the protest letter did not come from my heart, words that are unnecessarily inflammatory: The simplistic depiction of Tel Aviv as a city ‘built on destroyed Palestinian villages,’ for instance, and the omission of any mention of Hamas’s 8-month-long rocket and mortar attacks on the town of Sderot and the western Negev to which Israel was responding when it launched its war on Gaza,” Fonda wrote.

More and more artists may find themselves in Fonda’s shoes as the cultural war continues. Toronto is only the latest battleground; film festivals in Edinburgh, Melbourne, London and Tel Aviv itself have all been targeted by pro-Palestinian boycotters. And film isn’t the only medium being scrutinized: A Toronto museum’s exhibit of the Dead Sea Scrolls this past summer drew protests from Palestinian supporters who claim that the scrolls were looted, and critics unsuccessfully tried to pressure Madonna not to perform in Israel.

Meanwhile, singer Leonard Cohen is going ahead with his September 24 concert in Tel Aviv, despite protests that have dogged his world tour. Cohen plans to make the concert a fundraiser for Israeli and Palestinian groups working for peace.

Even that gesture, however, was not without controversy, as Amnesty International recently withdrew from its agreement to administer the Cohen concert funds, in response to Palestinian complaints.