The Power of Theater 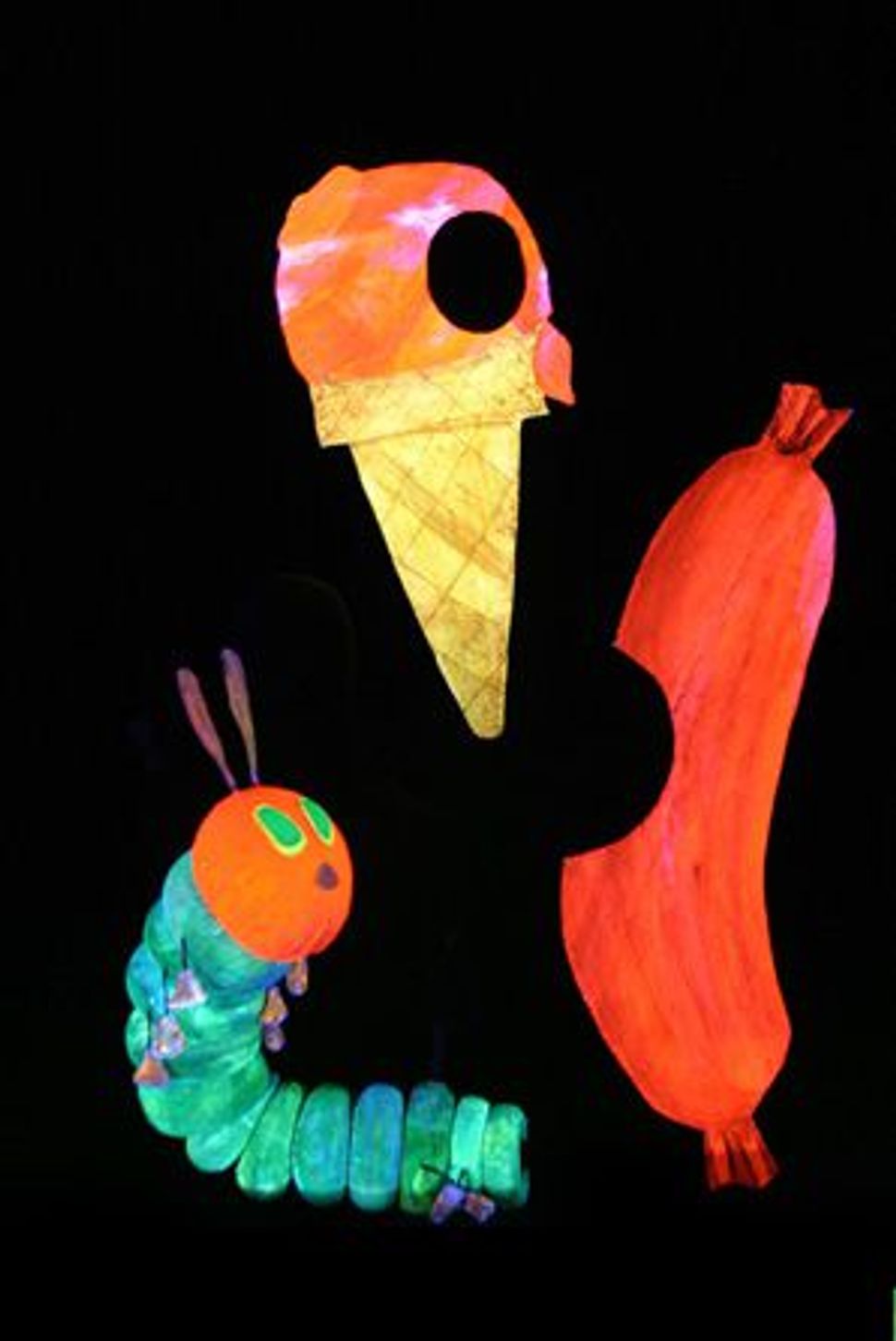 I watched Josie watch the stage. Lucy was entering Narnia for the first time. The furs in the wardrobe were becoming trees. The mothballs, crunching beneath her feet, were becoming snow. Suddenly she was in a strange new land, and there was a faun. 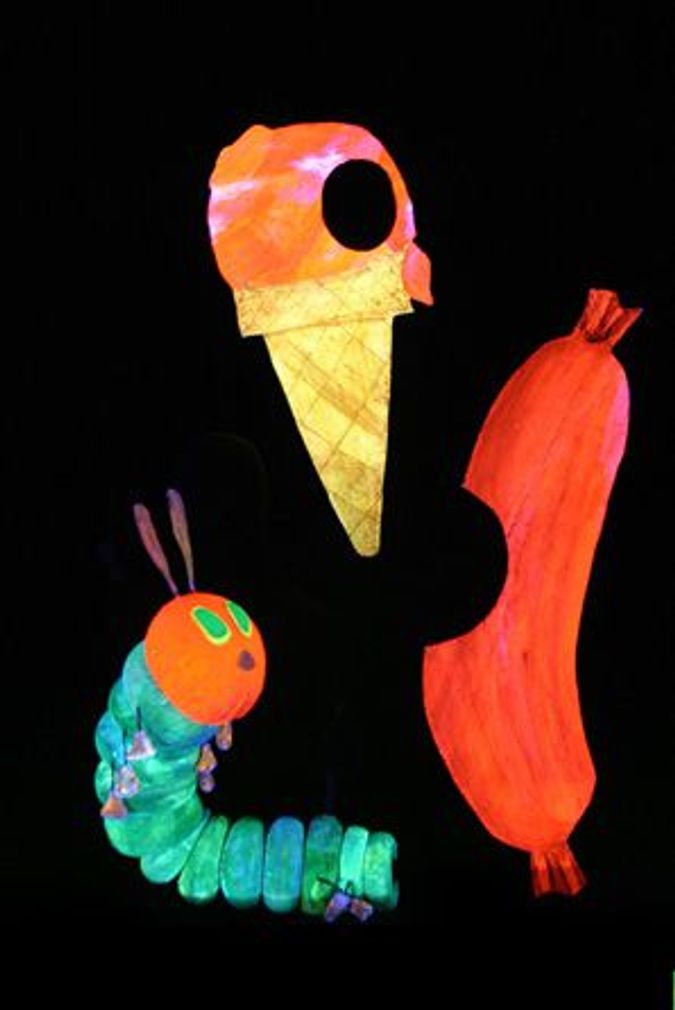 Josie was just as transported. In this children’s theater production of “The Lion, The Witch and the Wardrobe,” the wardrobe was played by a coat rack. The actors pushed it around in a circle to indicate their journey from a British country house to a magical land. There were no sets; the props and costumes were minimal. Adult actors played the children, each taking on multiple roles. But the faces of the children in the auditorium proved that the story felt utterly real and immediate. Sure, some of them were fidgety and loud, but more were wide-eyed, open-mouthed, thrilled.

Theater can be magic. There’s something about the group experience, the dark space, the mystery, the shared adventure, the temporary community you create with your fellow audience members. Together, you agree to take a trip into another world.

As a kid, I remember going with my school to productions at Trinity Repertory Company in Providence, R.I. The show I remember most clearly is “The Tempest.” The actor playing Caliban wore a costume of tall kitchen stools strapped to his feet; Ariel was a man in a tutu swinging on a wire. Goofy! Accessible! Gifted actors made Shakespeare’s language comprehensible; on the page, the text would have been impenetrable to us. But we understood. It was funny; it was sad; it was way more brain-tickling than “Joanie Loves Chachi”!

Thank heavens for programs that introduce school children to theater, especially now that classroom arts instruction is evaporating. For kids who have trouble reading or focusing, acting and playwriting as a means of storytelling can be revelatory. Brian Jacobson, a Manhattan clinical psychologist in private practice and at New York University Counseling Service said, “Theater offers children a wonderful opportunity to see things happen in real time. It’s a venue that embraces spontaneity and idiosyncrasy — every performance is unique in a way a movie can’t be. An abstract set or performance lets them play and imagine, free-associate and see what comes, project onto the objects onstage and see it as they’d like to. That kind of creativity gets the juices flowing, whereas TV can be numbing.”

Theater also teaches kids how to share a group experience while being respectful of one’s neighbor. Just as one has to learn not to leave toothmarks in one’s playmates and to refrain from throwing rigatoni at fellow restaurant patrons, there’s an acculturation process to theatergoing. (Admittedly, it’s not always easy to internalize when the adults in the auditorium talk on their cell phones and unwrap candy that clearly has been implanted with a crumple-magnifying microchip.) Kids learn to delay gratification, holding off until intermission to discuss what they’re seeing. They marinate in a broader vision of the world than the one they see on TV. On stage, beauty comes in all shapes and sizes; families can consist of people of different races, thanks to race-blind casting; adults can play children and hat racks can play wardrobes and make real children suspend their disbelief.

Josie and Maxine are privileged to live in New York City, where there’s a lot of affordable theater. We split a membership at the New Victory Theater with another family; every year we get non-condescending, often strange and thrilling kid-friendly productions from countries as far-flung as Australia, China, France, Israel and the Czech Republic. The cheapest ticket costs about as much as a movie. For even less (five bucks per kid!) we’ve seen Bread and Puppet Theater’s fabulous agitprop at Theater for the New City. Josie doesn’t understand much of it, but what kid doesn’t love spectacle, slapstick, cymbals and giant puppets? (And she does comprehend some of the political ideas — about the perils of consumerism and of having a leader who can’t admit when he’s made a mistake — when we talk about them afterward.)

Josie and Max are also privileged to have grandparents who can treat them to less affordable theater. For Hanukkah, Bubbe got us tickets to “Mary Poppins” on Broadway (the very concept of which probably horrifies the hippies of Bread and Puppet, but oh, well). Josie danced in her seat, laughed, wriggled with joy. For the duration of the production, her face was lit up like a menorah.

Even at 2, Maxine could appreciate the Mermaid Theatre of Nova Scotia’s black-light puppet musical version of Eric Carle’s children’s book “The Very Hungry Caterpillar,” at Symphony Space. With puppeteers in black, against a black screen, the psychedelic-colored puppets seemed to move of their own accord. She was hypnotized. And at puppet shows, like the Mermaid Theatre, Bread and Puppet or Central Park’s Swedish Cottage Marionette Theatre, it’s okay to bounce and yell, to appreciate art like a kid.

Finally, seeing theater is a great way to encourage little hambones. Josie has always wanted to perform. She finally had her chance in a dance production at her school this past year. She came home from the first rehearsal gasping, “Mama, they want to control you!” This was her discovery of choreography. She’d always thought ballerinas just improvised! Eventually, she submitted to being controlled and learned a hip-hop routine with her fellow pre-K and kindergartners. This summer, she’s been singing “Tomorrow” in front of the bathroom mirror, making Keane tragic-eyes at herself, just as I did as a little girl! Traditiooooon! Tradition!

If she continues on this trajectory, she’ll learn collaboration, patience, and that there are no small parts, only small actors. She won’t always be Annie; sometimes she’ll be the 7th orphan on the left. She’ll have to take direction. And for my little perfectionist, live theater may prove a tonic. Unlike TV, theater is different every time; there are no retakes. If someone misses a line, you learn to go with the flow. It’s okay not to be perfect. And hey, the audience may never notice your mistakes.

Perhaps most importantly, as Jacobson pointed out, “Performing encourages a degree of empathy. You bring a character to life by calling up a personal experience to inform the character. The actors and actresses I work with often speak of the need for openness and emotional access; tapping into that can be a wonderful experience.”

The Power of Theater