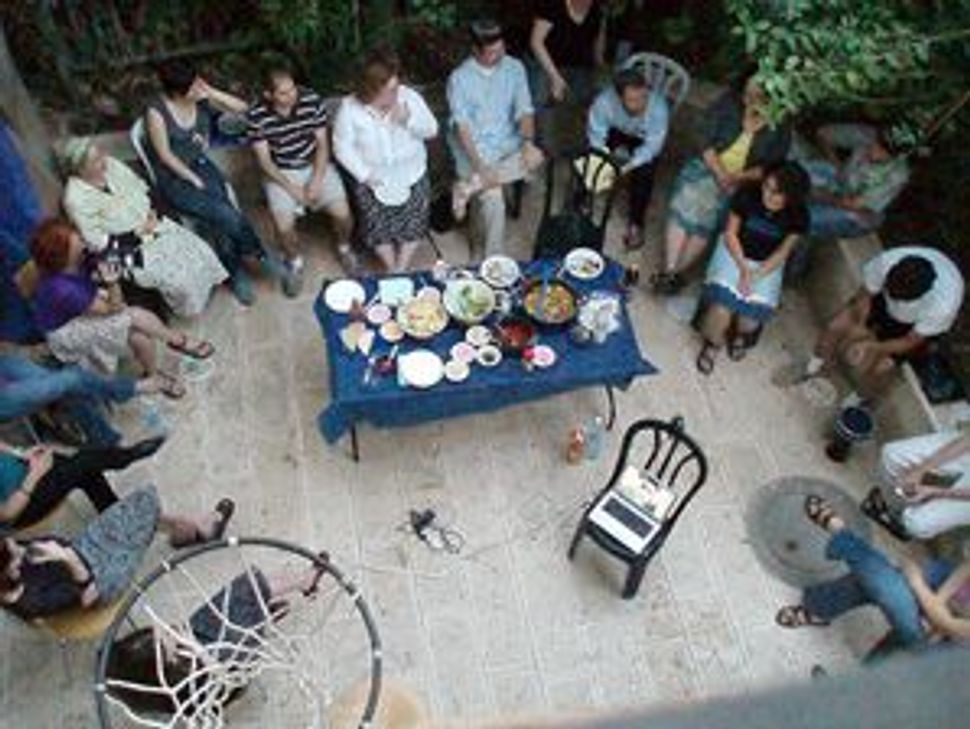 Young innovators who participated in the PresenTense House program worked together for six weeks on a variety of projects, many of which are geared toward bringing about social change

Being a Zionist on an American college campus can get lonely. 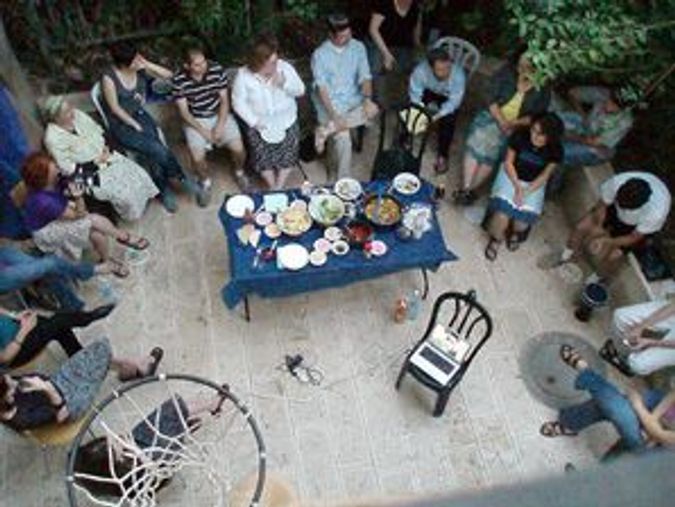 Young innovators who participated in the PresenTense House program worked together for six weeks on a variety of projects, many of which are geared toward bringing about social change

On one side, there are overwhelmingly liberal campuses, teeming with student groups who equate Zionism with racism. On the other, there is the Republican right, which often qualifies its love for Israel with hints of evangelism, or ties it to a right-wing social agenda. In the United States today, the simple act of wearing an Israeli flag T-shirt can be read as politically charged at best and controversial at worst.

Ariel Beery and Aharon Horowitz want to change that.

Longtime friends and partners in a number of projects — including the consulting firm ThumpThumpGuerillas, and the Manhattan-based free-for-all discussion group Creative Zionist Circle — Beery (a former Forward intern) and Horowitz conceived of a space where young Jewish innovators could come together, feed off each other’s ideas and collaborate.

And thus the PresenTense House for Creative Zionism was born. Located in the Rechavia district of Jerusalem and named after Beery’s magazine, PresenTense — a New York-based periodical that focuses on social activism and Jewish culture, displaying a high degree of Israelophilia — the PresenTense House was created to actualize the magazine’s themes.

In order to fund the house, Beery and Horowitz took profits from their current gig — consulting and publishing materials for the Schusterman Foundation’s ROI 120 summit for young Jewish leaders — and invested them into the house. That covered rent. Participants had to find their own way of getting to Jerusalem. A few paid for their flights; others, encouraged by Beery and Horowitz, applied to other summer programs (including ROI 120), which covered their airfare.

The group that finally moved into the house was a mixture of people with no prior PresenTense background; people whom Beery and Horowitz already knew and actively recruited, and some unexpected guest stars.

For American self-described folk-rapper Matt Bar, the PresenTense House was supposed to be a brief stopover on his trip to Israel. “I thought I only needed to be put up for two weeks,” he said. “They made some room for me in a corner with a little mat to sleep on. After my time was up, I didn’t want to leave… being a resident was integral to the [PresenTense House] experience and added to my productivity.”

Bar is currently working on a Hebrew school curriculum structured around hip hop, and he plans to write a song for each of the 54 weekly Torah readings. Before the program began, he had written three songs. By its conclusion he had not only written seven or eight more, but also found two collaborators (including Hasidic M.C. Y-Love, a sporadic guest at the House) and a producer (PresenTense participant Ori Salzburg, who runs the music label Doogree Records).

Another participant, Eli Winkelman, was already working on a project in Israel, and the PresenTense House happened to fit into her plans. The founder and director of Challah for Hunger, a national group of college students who bake and sell challah to raise money for relief organizations in Sudan, Winkelman developed her newest project to be more Israel specific: She arranged civilian escorts for Sudanese refugees in Israel who were barred from leaving refugee camps alone because of concerns of terrorism. Winkelman recruited volunteers and set up a network so that refugees could go to work, shop and simply have a change of scenery.

The physical living structure at the PresenTense House was orchestrated to invite collaboration. One room adjacent to the living room was filled with everyone’s computers, set up like a press room; it even had a makeshift recording studio in a corner.

The six-week program concluded July 31 with a graduation ceremony in which each participant gave a presentation on the future of his or her program. Bar is gearing up to record his album. Jason Lustig, another participant and a senior at Brandeis University this year, is getting ready to take his networking Web site, MavenHaven.com (a kind of business-oriented, Jewish Facebook), live.

And Beery and Horowitz? They’re already planning next year’s house, discussing location, candidates and expansion. “We’re envisioning a network of houses spread across the world with a spiritual and creative center in Jerusalem,” Beery said. For next year, however, he is certain that there will be another installment of the PresenTense House for Creative Zionism — which is one good reason to feel hopeful about the state of the State.

Matthue Roth is the author of “Never Mind the Goldbergs”(Scholastic/PUSH, 2005), a novel that follows a TV sitcom about an Orthodox family, and the memoir “Yom Kippur a Go-Go” (Cleis Press, 2005).