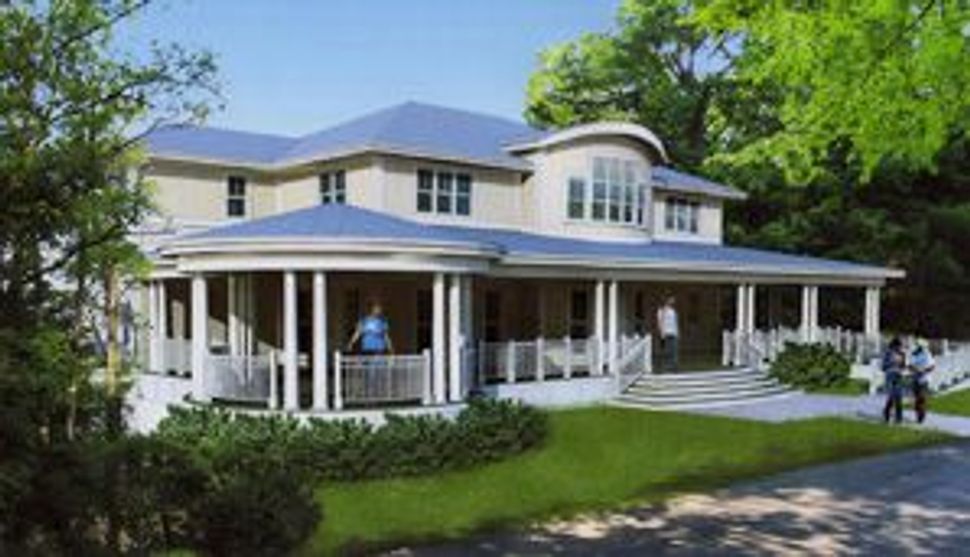 Construction on the first Jewish house is about to begin in the town of Chautauqua, which has long been defined by its Christian tradition.

When they initially visited Chautauqua 30 years ago, Joe Rait and his family were among the very few Jewish people vacationing in this mainly Christian community of southwestern New York State. Now, not only has the number of Jews in Chautauqua increased, but Jewish residents are also about to get a space to call their own. 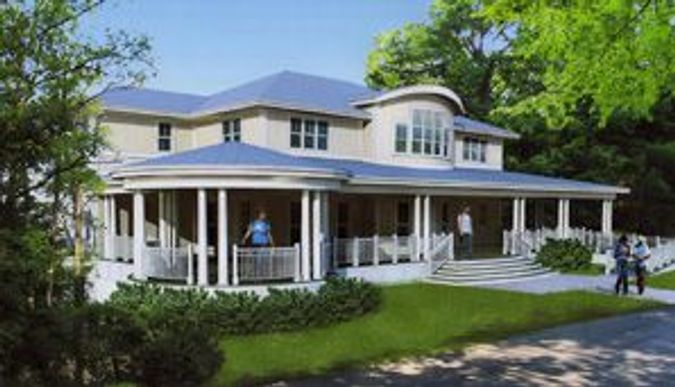 Construction on the first Jewish house is about to begin in the town of Chautauqua, which has long been defined by its Christian tradition.

Built as a training institute for Protestant Sunday school teachers in 1874, the Chautauqua Institution is now an adult education and vacation center with a strong Christian heritage. But while some of the 15 Protestant denominational houses have existed for more than a century, the institution’s latest architectural addition will be its first Jewish House, a symbol of the changing demographics in this intellectual enclave by the Chautauqua Lake.

“We are not intruders anymore,” said Rait, a father of four who lives in Seattle during the year. “Like the other religious groups, we will have our own House.”

Philanthropist Edith Everett, who has spent many summers in Chautauqua, decided to dedicate $1.5 million to the construction of a Jewish House in memory of her husband, Henry Everett, who died in 2004. Construction of the Everett Jewish Life Center is expected to start next month, in preparation for a summer 2008 opening. The center will be set in a three-story house where visitors can gather for lectures, discussions and movies, and socialize on the porch. There also will be a library and a kosher kitchen. The Chautauqua Chabad congregation will use the house for the Sabbath, but Everett insists that this Jewish center is nondenominational.

“It’s like a Hillel for adults; that’s the way I think of it,” Everett said.

For many, Chautauqua’s allure comes from its concentration of cultural events. Within walking distance, residents have access to lectures, concerts, tennis and golf, as well as to the oldest book club in America. There are about 7,500 people in residence during the nine-week season, and a total of more than 142,000 who attend one of the thousands of events offered during the summer. Lecture themes change each week, with topics ranging from the future of the Middle East to “healthy aging.” Previous guests have included Franklin Delano Roosevelt, George Gershwin and Bill Clinton, and this month, Governor Eliot Spitzer and former Supreme Court Justice Sandra Day O’Connor, among others, were speakers.

In the past 20 years, these events have attracted an increasingly diverse audience, but the Christian presence remains strong, with summer days starting with a short religious service led by a different minister each week.

“My first impression was that it is a very goyish place,” said Ari Goldman, a professor at Columbia University’s Graduate School of Journalism who gave a lecture at the institution last June. “You walk around, and you see a Methodist House, a Presbyterian House, a Lutheran House….”

In fact, Chautauqua is not as “goyish” as it might seem: With its daily lectures and concerts, summer programs attract an audience that is estimated to be 25% Jewish. Indeed, as it turns out, Jews have been coming to Chautauqua since it was founded in 1874. The Chautauqua movement’s philosophy of lifelong education — its assemblies traveled around the country to bring arts and culture to rural areas — appealed to Henry Berkowitz, a Reform rabbi who worked in cooperation with the Protestant founders of Chautauqua to create the Jewish Chautauqua Society in 1893. The original institute inspired the JCS, but the new organization has no formal links to it. The JCS’s first mission was to educate immigrant Jews from Russia and from Eastern Europe; it still exists today, and sends rabbis to teach about Judaism at Christian colleges and seminaries.

But the history of Jews and Chautauqua is marred by a period of exclusion in the 1950s, when Jews were not welcome to buy property. While there was no written policy on the issue, there was de facto discrimination.

“It really isn’t until after World War II that I see evidence of a collective desire to keep Jews out, and it seems to center on property ownership,” wrote Chautauqua’s archivist, Jon Schmitz, in an e-mail message.

After the 1960s, though, Jewish presence in Chautauqua grew healthily. Today, the Hebrew Congregation organizes religious services that attract some 100 participants for the Sabbath. Services are conducted either outdoors by the lake or in the sanctuary of a Presbyterian church converted into an ecumenical space.

The groundbreaking ceremony for the Everett Jewish Life Center attracted around 400 people last month. “Chautauqua is really a home for culture, and it will now be a home for Jewish culture, too,” said Carolyn Hessel, director of the Jewish Book Council. The council is serving as a partner in the creation of the House’s library.

Everett is still raising funds for operational expenses, but visitors have already congratulated her on the House’s development.

“People tell me that it is long overdue,” she said, “that they had been waiting for this for a long time.”