Safire: Corned Beef And Counsel With A Stooped But Street-Smart Mentor 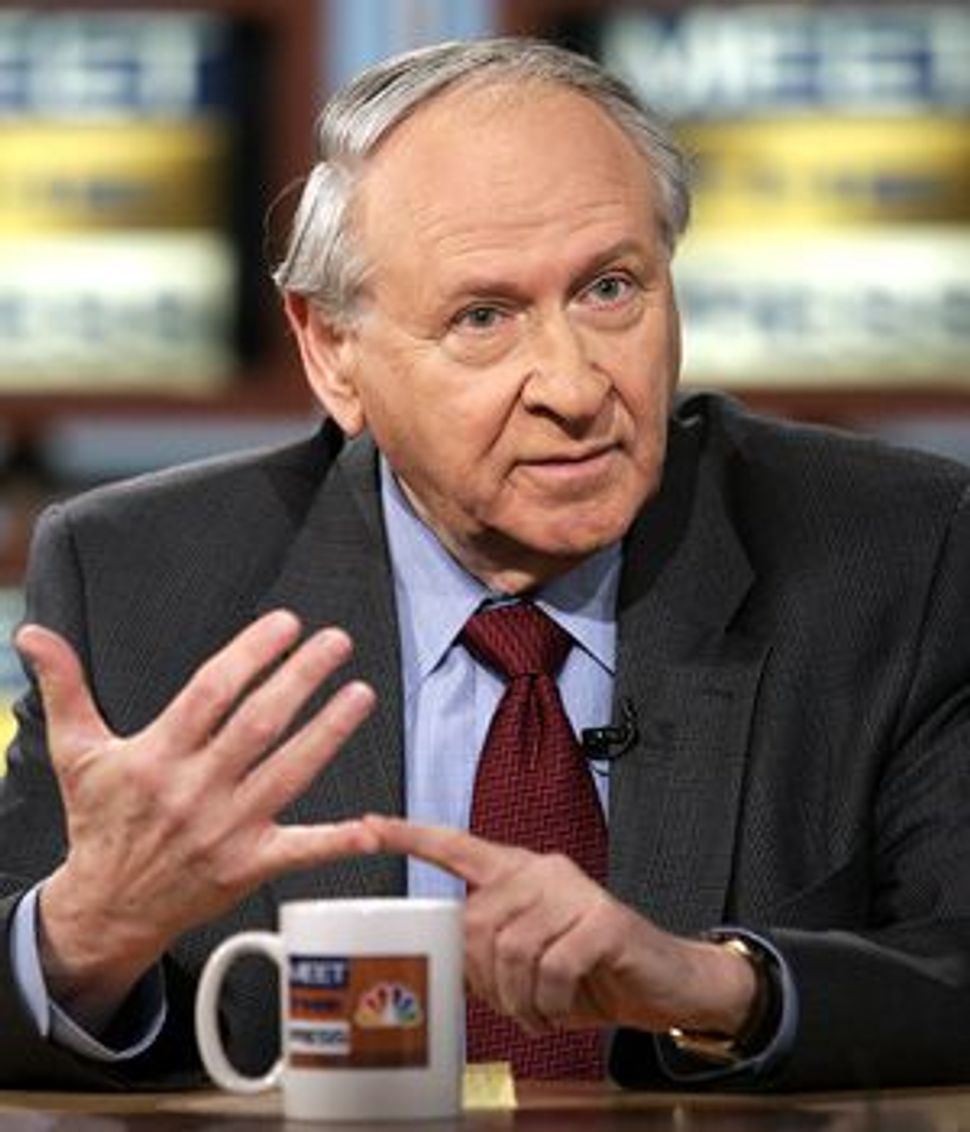 Safire: The wordsmith passed away on September 27. Image by GETTY IMAGES

“I hope you have a notebook where you take down anecdotes,” William Safire told me the first time we met. I muttered something about how, on Bill Clinton’s speechwriting team, we had several researchers who compiled loose-leaf binders with stories about people who’d met the president, told him about their problems, or thanked him for proposing policies that would improve their lives. 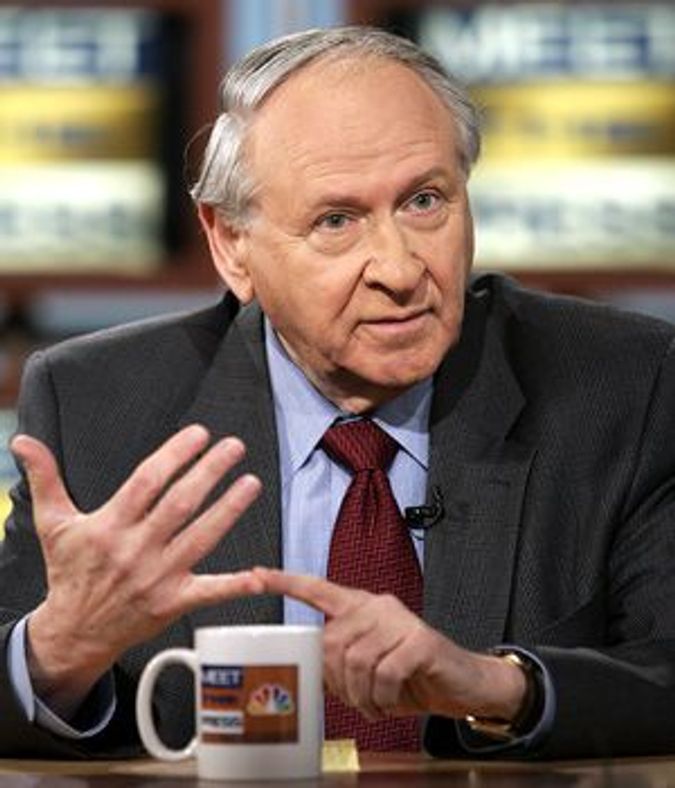 Safire: The wordsmith passed away on September 27. Image by GETTY IMAGES

Safire looked down on me through his horn-rim bifocals with an expression that said “shmuck.”

“I don’t mean anecdotes for speeches — I mean anecdotes for the book you’re going to write when you leave,” he said. I may have muttered that nowadays someone would subpoena a notebook with White House anecdotes. But the former Nixon speechwriter — who often boasted that no wordsmiths were ever indicted in the Watergate scandal — wouldn’t accept that excuse. “Call me when you’ve written your resignation letter and your book proposal,” Safire added.

Safire, who died on September 27, served as mentor and occasional tormentor to several generations of presidential speechwriters — a job title that he and his colleagues in the Nixon administration were the first to publicly proclaim. While almost every president relied on advisers to draft at least some of his speeches, those from Franklin D. Roosevelt through Lyndon Johnson disguised their speechwriters under loftier titles such as “counselor” or simply “special assistant.” In fact, many presidents’ speechwriters, such as Theodore Sorensen and Arthur Schlesinger, Jr., during the Kennedy Administration, really were policy advisers. Richard Nixon was the first to create an “office of speechwriting,” which included the pugnacious Pat Buchanan (who had written editorials for the St. Louis Globe Democrat), the statesmanlike Ray Price (who had been editorial page editor for the New York Herald Tribune) and Safire, who had been a publicist in New York.

For all his failings, Nixon appreciated public rhetoric and understood writers. He developed working relationships with each of his speechwriters and made assignments based on their views and skills. The conservative Buchanan wrote the stump speeches that roused the rightwing base. The moderate Price crafted the presidential addresses that tried to appeal to elite opinion-makers. The ideologically indeterminate Safire was assigned an equally daunting task: explaining complex economic issues, such as wage-price controls and international currency exchange rates, to regular people.

Nixon knew his man. Safire’s greatest public passion was for language that enlightened and entertained everyday Americans. In his second career as a New York Times columnist, historical novelist, TV commentator, and, above all, a language maven, Safire explored the evolution of everyday expressions. Seeing himself as a champion of a craft whose first commandment is “a passion for anonymity,” Safire founded a club of current and former White House speechwriters, the Judson Welliver Society. The group was named after Warren Harding’s ghostwriter who was placed on the federal payroll with the unprepossessing title of “literary clerk.”

Attending these speechwriters meetings can be a study in the occupational sociology of aging professionals, most of whom have already done their most important work. Some carry the dignity of their proximity to history; others have ascended to media celebrity; most are still struggling to earn their livings, albeit with the advantage that they can tell colleagues about the time that their President took them aside and praised the toast they’d written for the prime minister of Portugal.

Safire himself, for all his own accomplishments, still seemed the wordsmith-as-working-stiff. Tall, stooped, with his collar unbuttoned and tie askew, he had the mannerisms of a fast-talking, street-smart New Yorker. His loyalties were fierce, but his views were eclectic. Years after Watergate, he would defend Nixon by appending the suffix “gate” to every ensuing presidential scandal, major or minor, real or imagined. In his columns about the Middle East, he would channel and champion Ariel Sharon. But, as a teenager in New York, he had also admired the oratory of the radical East Harlem Congressman, Vito Marcantonio (whom Nixon had mendaciously linked to Jerry Voorhis and Helen Gahagan Douglas, his early Democratic opponents for a seat in Congress). Safire was also a fierce advocate of civil liberties and eclectic on economic issues. And he voted for Clinton in 1992 before “gating” him for the next eight years.

I can hardly claim to have been a confidante of Safire’s (and I emphatically deny having been a source), but he did take me out twice for lunch (corned beef sandwiches at Loeb’s deli, near the Times’ Washington bureau). It turned out we had gone to the same high school, Bronx Science, and had turned to writing because we couldn’t do calculus or lab work.

On Labor Day weekend in 1993, Safire called me at home to learn why Clinton’s radio speech that Saturday, which I had written, included the exhortation “Forward together” (apparently a favorite phrase of Nixon’s, although I had hoped that it would echo Walter Reuther). “Was Clinton going to keep using that phrase,” Safire asked. “Probably not,” I responded, although who knew what Clinton (whom Safire knew to be a textual deviate) would say.

For his part, Safire authored one of the most influential presidential Labor Day addresses. Concerned about winning working class voters in the 1972 election, Nixon asked Safire to spend much of August 1971 traveling the country, talking to people about their jobs. In his 1971 Labor Day address about “the work ethic,” Nixon stoked resentments against welfare programs but also spoke of the need to provide workers with training and re-training, reward employees who learn new skills, and ensure that new technologies humanize rather than merely mechanize workplaces. This speech led to visionary reports about “work in America” by the departments of Labor and of Health, Education and Welfare that, in turn, inspired the growth of employee involvement and quality of work-life programs in many industries. Retaining his interest in work-life years later, Safire advised me that, in this uncertain economy where workers have to, or choose to, change jobs more often than in the past, the labor movement would do well to promise not “security” but “portability” – health and pension benefits, training and credentialing, that workers can take with them from job to job.

But when it came to Democratic presidents, Safire, appropriately, was a critic, not a counselor. Once over corned beef and rye, I asked Safire how Clinton could explain some complex economic issue. “No freebies,” he replied, always the street-smart New Yorker.

David Kusnet was chief speechwriter for former President Bill Clinton from 1992-1994. He is a principal at the Podesta Group and author of “Love the Work, Hate the Job: Why America’s Best Workers Are Unhappier than Ever” (Wiley, 2008).

Safire: Corned Beef And Counsel With A Stooped But Street-Smart Mentor