A ‘-palooza’ for the Rest of Us 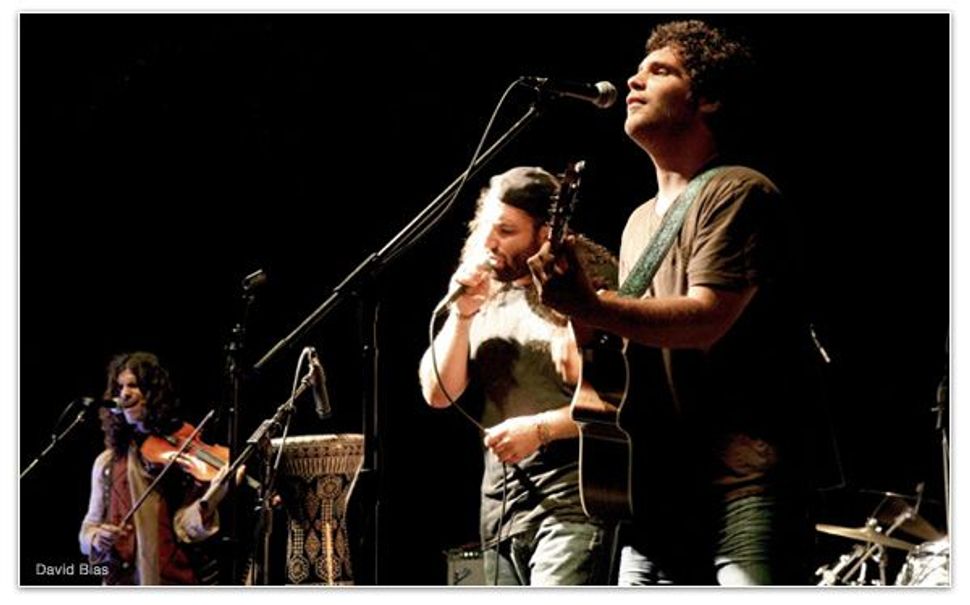 What can you say about a Jewish music festival that rounds up nine eclectic musical acts, puts them on the same 9-hour bill and then holds the festival the Sunday before Rosh Hashanah? Ambitious, to say the least. When you attract over a thousand people to a festival that combines the Do-It-Yourself aesthetic of the Warped Tour and the oy-vey aesthetic of New York Judaism, your event is an unqualified success. When dusk fell on Riverside Park, against the backdrop of hundreds of bodies swaying, a single yarmulke was lifted into the air like a lighter, and it was clear that Michael Dorf and his Oyhoo Festival achieved something far more elusive with Jewzapalooza: They had put together Jewish concert that spoke to the zeitgeist.

Etymologically, Jewzapalooza’s name comes from Lollapalooza, an alternative music festival curated by Jane’s Addiction singer Perry Farrell (a Jew who performed at another “-palooza” event recently — the Chabad-run Purimpalooza). Launched amid the 1990s arena rock and metal tours, Lollapalooza helped give form to and popularize the emerging alternative music scene. Jewzapalooza has played a similar function for today’s Jewish music culture. It has become the biggest game in town and New York only annual Jewish music festival. As such, performances at Jewzapalooza have an aura of definitiveness and canon. (And certainly there is no better setting in the city for a musical cotillion than Riverside Park.) 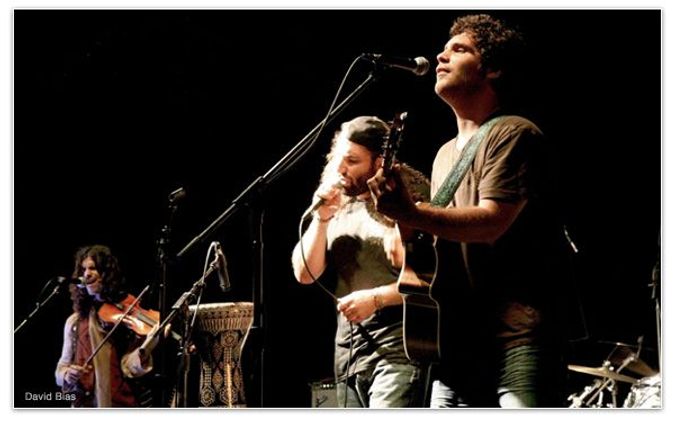 Chana Rothman was the biggest surprise of this year’s festival. The sunny songwriter’s first album doesn’t come out for another month, but Rothman’s compositions were already toned and sharp — she has one of the most seductive rhyme flows in the crowded field of hip-hop-inspired Jewish artists. Her lyrical content is relentlessly cheery (her upcoming album is called “We Can Rise”) and her performance was only marred by occasionally amateurish freestyling.

Other performers included Dan Zanes and Friends (who won a Grammy this year for Best Children’s Album); the New Orleans Klezmer All Stars, who performed a no-frills klezmer set complete with entreaties to move to New Orleans and help rebuild; the always stellar Pharaoh’s Daughter; a six-minute set from Hasidic rapper Y-Love, and DJ-ing from my new favorite cultural curator, Balagan. The final three acts held the unusual distinction of containing four Solomon brothers between them: Hamakor, Soulfarm and the Moshav Band all played various forms of jam-band Dave Matthews-styled guitar rock.

By the time headliners the Moshav Band performed, a pseudo-mosh pit had formed in front of the stage and impromptu crowd-surfing was attempted (the three attempts I witnessed all failed to reach the front of the stage). The lead singer of the Moshav Band, Yehuda Solomon, wore a backward baseball cap over his long, curly black hair. When he sang “I See Angels,” and the band’s cadre of fans screamed, Jewzapalooza could have been any concert with any teenagers anywhere. It might have been the definitive moment of Jewzapalooza — it reflected the transformation of contemporary Jewish music from a cult experience into a true pop movement. It was the sound of a scene gelling.

To hear some of the music from the artists who performed at Jewzapalooza, click on the band names above to visit their MySpace pages.

A ‘-palooza’ for the Rest of Us