Growing Number of Professionals Turning to a More Holy Pursuit 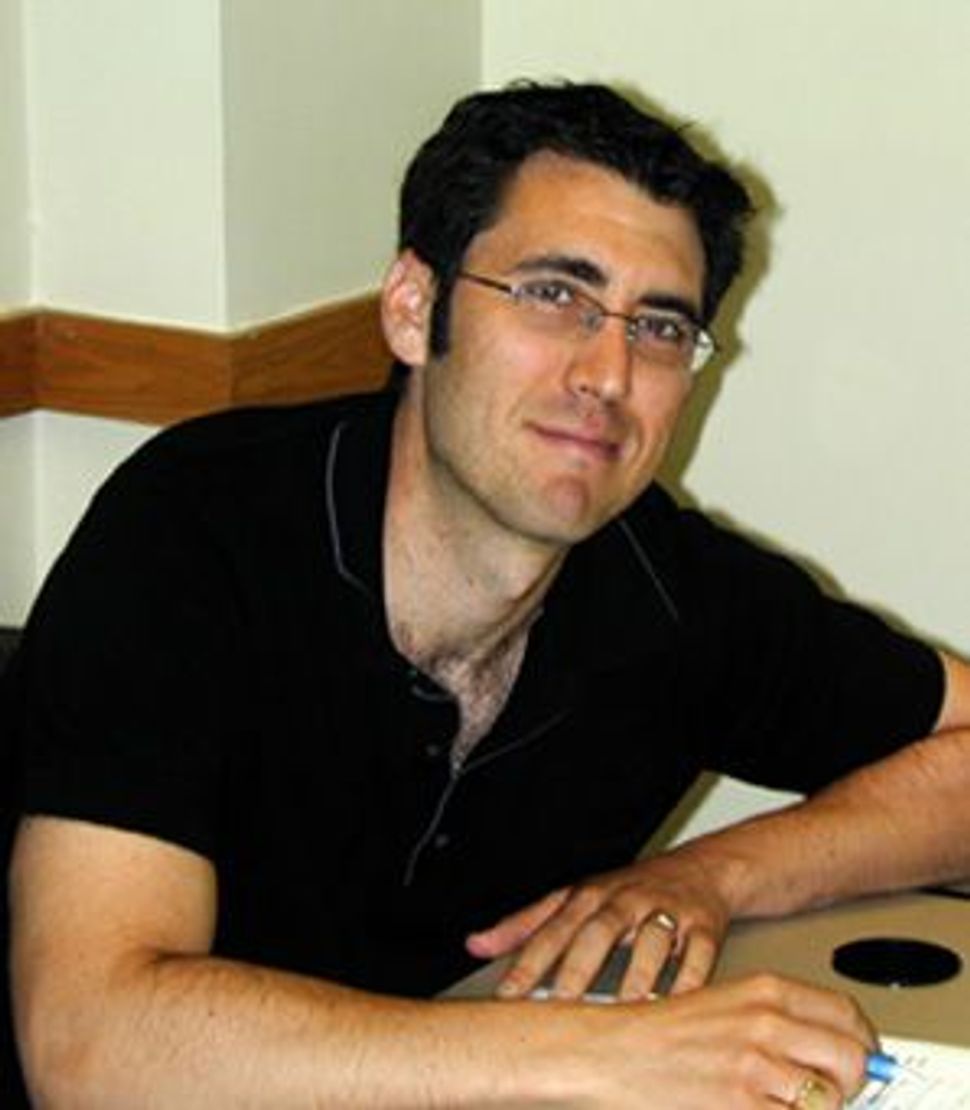 Josh Ratner, a former lawyer, begins his studies for the rabbinate at the Jewish Theological Seminary

After spending seven years as an undergraduate and law student at Columbia University, Josh Ratner is certainly no stranger to the Manhattan neighborhood of Morningside Heights. But when the 31-year-old former lawyer reported for his first day of school last week — at the Jewish Theological Seminary, just steps away from his alma mater — he couldn’t quite tell if it was the neighborhood or himself that seemed different. 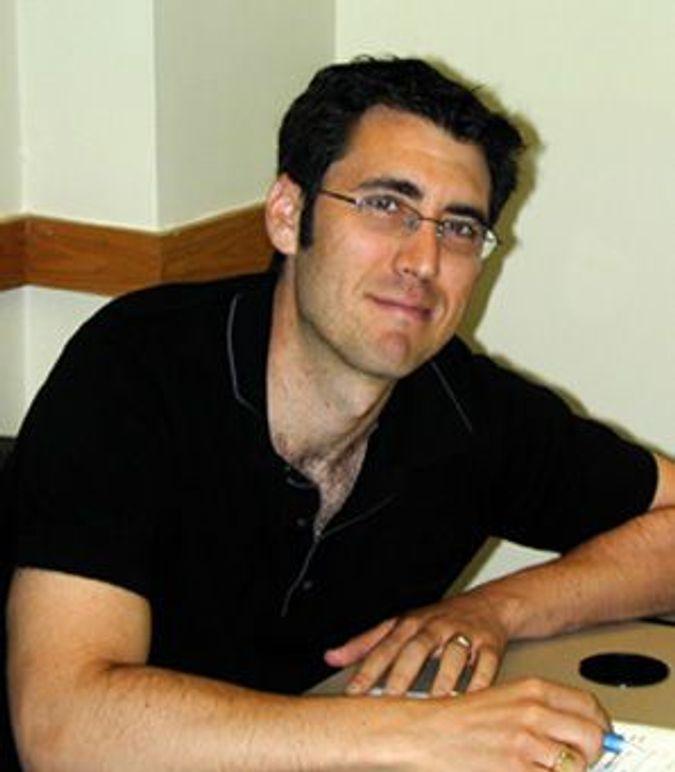 Josh Ratner, a former lawyer, begins his studies for the rabbinate at the Jewish Theological Seminary

I went “to go buy school supplies, and I was walking up Broadway and wearing a kippah for the first time when I wasn’t coming back from services,” said Ratner, who in a newfound quest to become a rabbi has traded in the courtroom for the classroom. In class at JTS last Tuesday, Ratner looked the part of a happily recovering litigator, with closely clipped hair and a button-down shirt. He had, he said with a grin, finally returned to New York “with a little bit more of a plan of what I want to do with my life.”

While it may sound like a setup fabricated by a writer for network television — tagline: Lawyer Meets God — the number of second-career rabbis has, in fact, grown significantly over the past 10 to 15 years, according to leaders of America’s liberal synagogue movements, and lawyers appear to be leading the way. At JTS, the flagship seminary of Conservative Judaism, this year’s 28-member incoming class includes five former lawyers and one former professor of political philosophy, according to associate dean and director of admissions Charles Savenor. Savenor said he remembered at most one or two career changers in his own rabbinical class of 1996. At the Reform movement’s Hebrew Union College-Jewish Institute of Religion, career changers now account for 15% of rabbinical students, and this year’s incoming class includes two former lawyers, a former not-for-profit lobbyist in Washington, a former CPA and a former personal trainer.

Observers attribute the rise of second-career rabbis to a confluence of factors, including soul-searching by aging baby boomers, the growth of spirituality in the wake of the September 11 attacks and a general increase in the number of female students, who are more likely to have delayed their studies while raising families. Whatever their backgrounds, mainstream seminaries have embraced the career changers as worldlier, and often wiser, bearers of real-life experience.

“They bring a maturity, they bring a wealth of vision, they bring a depth of living experience that I think is really invaluable to the entire school and the rabbinate,” said Rabbi Bradley Shavit Artson, dean of the Ziegler School of Rabbinic Studies at Los Angeles’s American Jewish University (formerly the University of Judaism).

“They bring a maturity, they bring a wealth of vision, they bring a depth of living experience that I think is really invaluable to the entire school and the rabbinate,” said Rabbi Bradley Shavit Artson, dean of the Ziegler School of Rabbinic Studies at Los Angeles’s American Jewish University (formerly the University of Judaism).

“These aren’t people who haven’t made it in the world and are trying to find something else,” said Adina Newberg, an associate professor of the Reconstructionist Rabbinical College in Wyncote, Pa., who has studied second-career rabbis for the past decade. “They are people who for one reason or another have felt that their career path is not what they wanted or not how they wanted to see their future.”

In conversations with the Forward, a half-dozen second-career rabbis and rabbinical students confirmed this view, with life stories that consistently included professional success and searches for greater spiritual meaning.

“I loved the law; it’s not like I didn’t love it,” said Uhrbach, 44, who had made a name for herself as a specialist in copyright and First Amendment law. “It was really a values question. My sense was that there was ample space for my intellect to exercise itself, but in terms of my emotional and spiritual sides, check it at the door. I needed to live in a way that more of me would be more integrated more of the time.”

While Uhrbach says she rarely looks back, traces of her old professional self sometimes emerge from the pulpit, as when congregants chide her that a sermon “sounded like a summation to the jury.”

To be sure, for all the rewards of life in the pulpit, second-career rabbis say they also face unique challenges. Along with hefty tuition costs, older rabbinical students often find themselves juggling family, study and a commute. For Ratner, attending JTS requires a daily 90-minute commute from Fairfield, Conn., a place of residence selected solely because it is equidistant from New York City and New Haven, where Ratner’s wife, Elena, is completing a fellowship in gynecology.

When it comes time to apply for jobs, second-career rabbis often have a leg up at small congregations with only one rabbinical slot, due to their greater life experience. They have a harder time, however, securing assistantships at large congregations, according to Rabbi Suzanne Singer, who heads a task force on second-career rabbis for the Reform movement and was, in her former life, an Emmy-winning producer for PBS.

This year, with fewer job openings than usual and one of the largest graduating classes ever, the dozen second-career rabbis graduating from HUC found themselves shut out of the available assistantship positions, according to Rabbi Arnold Sher, director of placement for the Central Conference of American Rabbis.

“Truth be told, a lot of assistant rabbi positions are pigeonholed for youth work, so if they see someone who’s been a lawyer or something else, who graduated college 20, 25 years ago, they don’t feel it’s going to work for them,” Sher said.

One of those who failed to land an assistantship was Rabbi Ann Folb, a 62-year-old former social worker who decided to enter the rabbinate after her husband, Rabbi Howard Folb, died nine years ago. With her two children now grown, she has decided there is no time like the present for a new adventure. As soon as her work permit comes through, Folb is slated to travel to Pretoria, South Africa, for her first pulpit.

Growing Number of Professionals Turning to a More Holy Pursuit