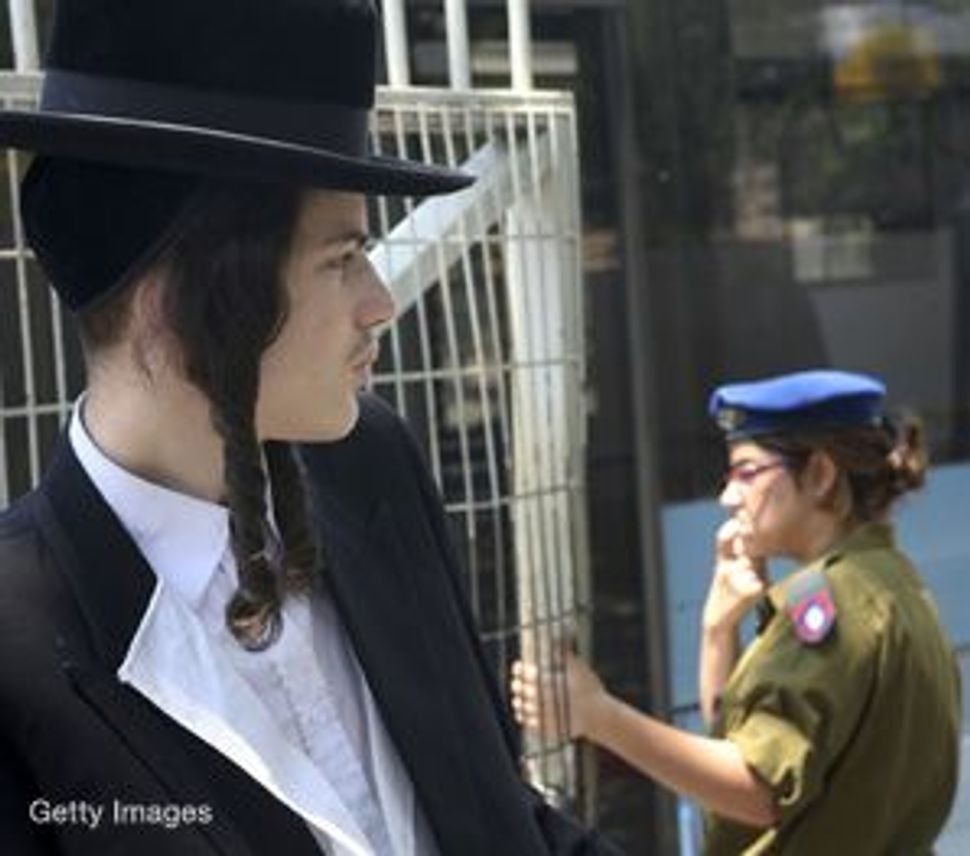 The growth in the number of Israelis avoiding military service, including the ultra-Orthodox, has led to the creation of a new program allowing for a year of national service.

Jerusalem – In a dramatic reconsideration of a pillar of Israeli society, Prime Minister Ehud Olmert has announced plans to offer Israeli youth a nonmilitary option for serving the country. According to the prime minister’s office, a new Civilian Service Administration will offer draft-age Israelis who are exempt from military service the opportunity to contribute a year or two of their lives “to strengthen society as a whole and the weak sectors especially, enforcing the connection and identification of the young citizens with the community, society and state.” 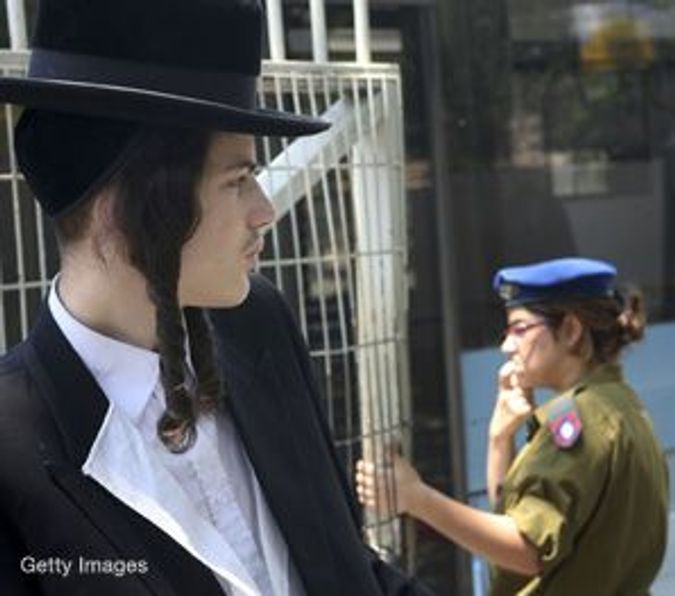 The growth in the number of Israelis avoiding military service, including the ultra-Orthodox, has led to the creation of a new program allowing for a year of national service.

The announcement comes amid growing public concern about the number of Israelis avoiding military service, which the army puts at a quarter of young men and as many as two-fifths of young women. In a country where donning the uniform has been among the most sacred of obligations to society, Olmert’s plans for a civilian alternative to military service has sent a message to young Israelis that while serving the country is a serious obligation, such “service” can take many forms.

David Baker, a spokesman for the prime minister, stressed that the program is not a replacement for mandatory military service, which the prime minister views as incumbent upon those able to enlist. At the same time, Baker said, many young people who are exempt from military service for a variety of legitimate reasons, including health issues, religious conviction and family circumstances, would welcome the opportunity to serve the country out of uniform.

“We are losing good people because they think that if they don’t serve in the IDF, then they have nothing to offer the country,” Baker told the Forward. “Nothing could be further from the truth.”

Army service has long been considered a unifying experience for the diverse immigrants who have made Israel their home. Plum jobs in the army, such as combat, intelligence and air force positions, have traditionally been seen as steppingstones to high-paying civilian jobs.

Draft dodging was rare until the past decade, apart from the many Arab and ultra-Orthodox Israelis who do not serve in the army for ideological reasons. But in the early 1990s, singer Aviv Gefen, grandson of legendary general Moshe Dayan, made headlines by opting out of the military to pursue his career. In the years since, the list of high-profile draft dodgers has grown to include soccer star Ben Sahar, model Bar Refaeli and even one of Olmert’s own children.

The exact number of draft dodgers is difficult to ascertain, but by most accounts the example set by Gefen and others has caught on in some circles. While certain sectors of Israeli society have retained consistent enlistment figures for decades — virtually all eligible kibbutz members serve in the army, as do most national religious men —as many as one-third of urban, secular Israelis now opt out of military service, according to a number of sources.

“First of all, it is easier to get out of the army now than it was 30 years ago,” he said. “The Russian aliyah of the 1990s gave the army all the manpower it needed, giving the IDF the ability to be a bit selective of who it takes. But that also creates an opening for kids to ask themselves, ‘Hey, do I really want to give up two or three years of my life?’ Now, if someone goes to an army psychologist asking for an exemption, he barely has to make up any reason to get it. The army doesn’t want people that don’t want to be there.”

Reuben Gal, the man appointed by Olmert to head the new administration, went a step further, arguing that for decades, the military has had an over-dominant role in shaping Israeli society.

“For three generations, all Israelis understood that the question ‘Where did you do your service?’ meant ‘Where did you serve in the army?’” said Gal, who formerly served as the military’s chief psychologist. “For some people, the environment, demands and overall climate of the military are not appropriate, but that doesn’t mean they have nothing to offer the country. They could be very effective serving the country in schools, kindergartens, old-age homes or hospitals.”

Roughly 10,000 volunteers, mainly girls from the national religious sector, are currently enlisted in national service. Most of them work in such traditional volunteer areas as health, education and social welfare.

Gal said that his administration would add an additional 500 volunteer spots by mid-2008, and that the program would expand the range of volunteer possibilities, adding positions related to traffic-safety education, Holocaust survivor groups, environmental organizations and more.

Nevertheless, it remains to be seen whether large numbers of young Israelis will embrace the new program.

Netanel Weinstein, a 19-year-old resident of the West Bank town of Efrat who is now studying at the Ma’aleh Gilboa pre-army preparatory academy, assumed growing up that he would serve in the military. But shoulder surgery while he was in high school knocked him out of contention for a combat position, and a diagnosis of uveitis, an eye condition that places black dots in his field of vision, may result in the military’s medical corps granting him a complete exemption.

“If my options are ‘serving’ in the army by making coffee for some general, then no thanks,” Weinstein said. “But if national service means I’d be sweeping streets somewhere, I’d also give that a pass. One way or the other, I’ll find something valuable I can do to serve the country, either in the IDF or in another framework.”

Weinstein said that many young Israelis who avoid the army do so because they do not want to serve the country, not because they are worried about the dangers that come with being in uniform.

“The kids who look to avoid the army aren’t doing it because they are scared,” Weinstein said. “Most people do want to do the army, but some kids are just not interested in the country. A lot of them want to go to America and work, and they’ll probably stay there if they manage to go. Those guys aren’t going to do national service just because there’s no uniform or guns involved.”

But Avital Leibovich, head of the international press branch in the military spokesman’s office, insists that young Israelis’ overall motivation to serve the country remains high.

“Look, you have a few high-profile cases that have successfully managed to avoid serving,” she said. “But the numbers speak for themselves: Seventy-five percent of eligible men do serve, and there are three applicants for every combat position available. Even for those who don’t serve, 11% are ultra-Orthodox, and approximately 7% are granted medical exemptions. That means less than one in 10 men is opting out of the army. To me, that says motivation is still very high.”

Leibovich points to the flourishing of pre-army colleges and programs like Ma’aleh Gilboa as proof that young people continue to appreciate both the necessity to maintain a strong military and the army’s central role in Israeli society.

“It’s not just that kids are coming; many of them are also taking a year off to study before they enlist, and they are paying a lot of money to increase their chances of getting a ‘good’ placement once they are drafted,” she said. “That’s not a sign of apathy.”