Historic Community Celebrates Its Past 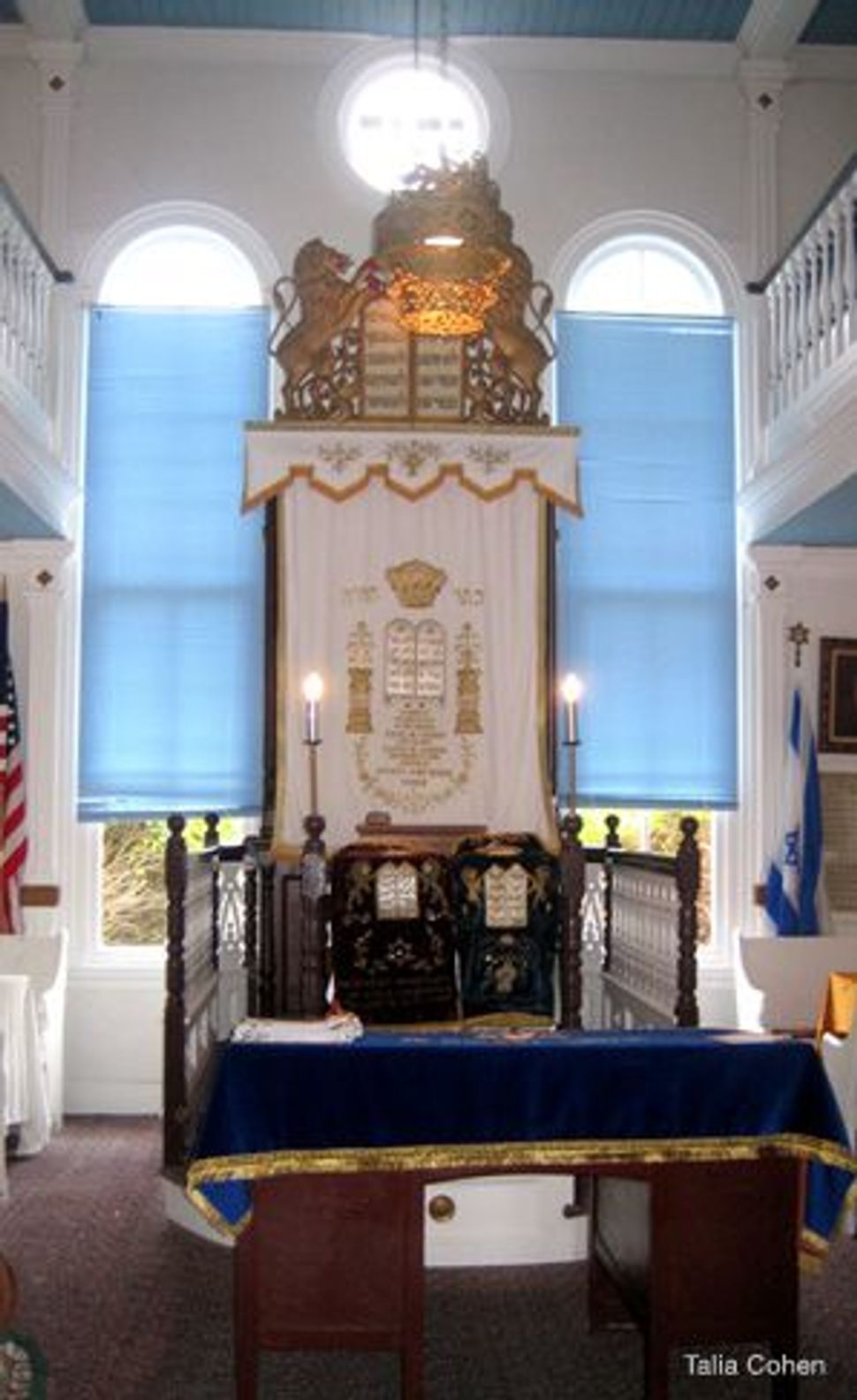 The interior of Tiferet Israel synagogue, the oldest shul in Alliance, built in 1884-1885. The author's great grandfather served as rabbi there for nearly 40 years.

You know you’re in for it when you’re still in New Jersey but you’re not on the map. 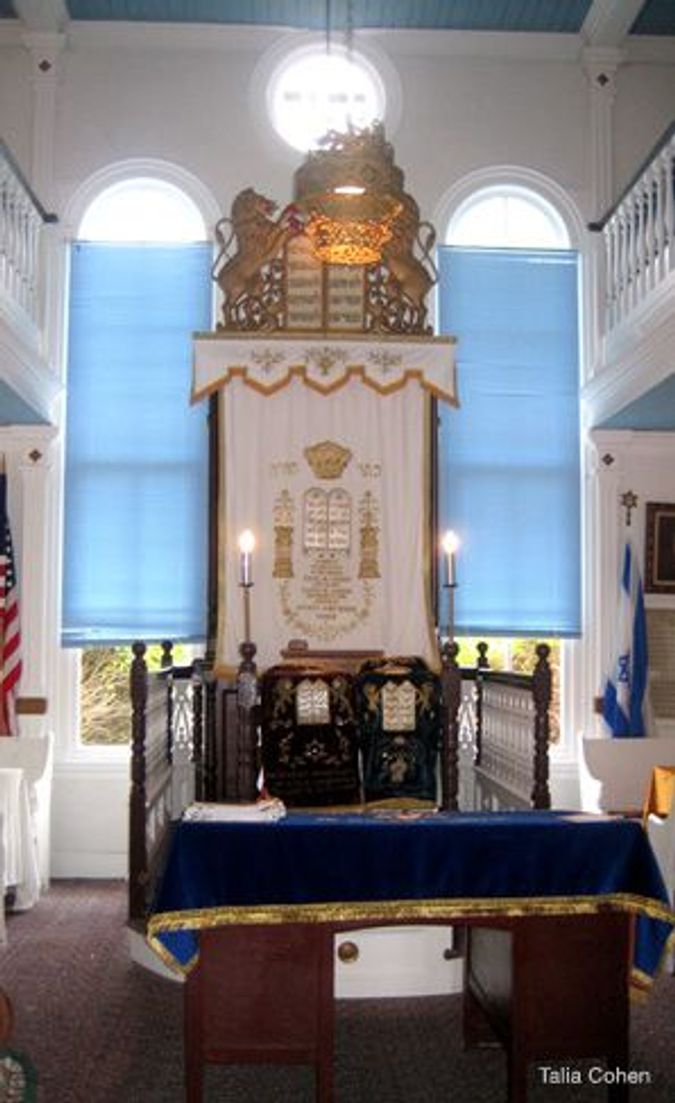 The interior of Tiferet Israel synagogue, the oldest shul in Alliance, built in 1884-1885. The author's great grandfather served as rabbi there for nearly 40 years.

The highway gave way to smaller streets with curious names: Gershal Avenue turned onto Eppinger, then Rosenfeldt, Shiff Avenue, then Isaacs, and, as Norma, N.J., gave way to Alliance, gave way to Brotmanville, there was narrow Brotman Avenue, and standing just a little ways off, in a field turned parking lot, was an eponymous Brotman, and a family of Eppingers, Rosenfeldts, a Shiff and an Isaacs. The Brotmanville Shul had become Mt. Moriah Baptist. It was a hot Sunday. Black families headed to church. Both parties — us, the churchgoers — couldn’t help but stare.

On August 26, Alliance, Norma and Brotmanville, known as the Alliance Colony, celebrated its 125th anniversary. A festschrift published to mark the occasion described it as a yoval, or “jubilee” in Hebrew, of the type biblically declared every 50 years. “We cannot, however, afford to wait that long,” the stapled booklet reads, “as memories fade and familiar faces disappear.”

In May 1882, 43 families arrived in Alliance — refugees from Russia’s pogroms. They were resettled by France’s Alliance Israelite Universelle, an organization founded with the support of the Baron Maurice de Hirsch (Baron Moritz von Hirsch auf Gereuth, to be Germanically precise, born 1831), scion of a banking family with interests in sugar, copper and railway concessions scattered throughout Austro-Hungary. Alliance’s ideal was to transport the Ostjuden to western safety while also reeducating them, socially and practically: In southern New Jersey’s Pine Barrens, amid the scrub oaks and sandy soil, they became farmers, kibbutzniks attempting local socialism in the heart of a Puritan polis. As Palestine was then under Turkish rule, America seemed the golden land for these immigrants; and just as they once escaped Russia, they’d escape New York, where they first arrived, and the stifling clamor of the modern city.

The Alliance Colony consisted of a strip of cooperative farms located on the now polluted Maurice River, nearly five miles south of Vineland, N.J. The area is famous for its Vineland Kosher Poultry, which slaughtered chickens raised in neighborhood coops. My grandfather, the son of Jews from Kiev, became a chicken farmer in Alliance. My grandmother was of the latest generation to arrive, having been resettled in 1941 upon her escape from Nazi Germany. Here, America’s melting pot was necessarily a Jewish melting pot first: Jews from the Pale of Settlement instructed recently arrived yekkas, refined German Jews, in the basics of animal husbandry. My great-grandmother did her daily chores still wearing party dresses, her Köln pearls. My great-grandfather served as rabbi of the Alliance Shul, Tiferet Israel, for nearly 40 years. Standing across from the cemetery in which they’re buried, in the community’s Chevra Kadisha, now a museum, my father, wearing a nametag that said Barry, met another man, with a nametag that said Barry, too. They both had grown up here, but neither knew the other. The Barry that wasn’t my father was Barry Kricheff, father of Sarah Kricheff, who works at the Forward; she happens to be the editor of this article. Alliance is a creation myth for many, a Genesis in which “Let there be South Jersey” has become, generations on, “Let there be America” — and it was good. We talked for a while. The two Barrys even look alike.

That Sunday, a klezmer band klezed, and 300 people ate, drank and reminisced, telling tales of such local characters as Old Mister Levin, Spittin’ Sam Rothstein and the neighborhood spool peddler, known to my aunt Bea Metzman only as “Chaim in America.” A dance troupe performed in pasted-on beards; offstage they were indistinguishable from the area Mennonites, who wandered among the festivities amazed.

Henny Padawer, an Alliancer born in Germany, was happy but fretting: “The day was beautiful,” she said, “until a bee flew up my skirt.”

I hitched a ride with Mrs. Padawer back to Brooklyn. We got lost getting to the Turnpike. But as she told me stories about my grandparents, not even the traffic through Staten Island mattered.

Historic Community Celebrates Its Past