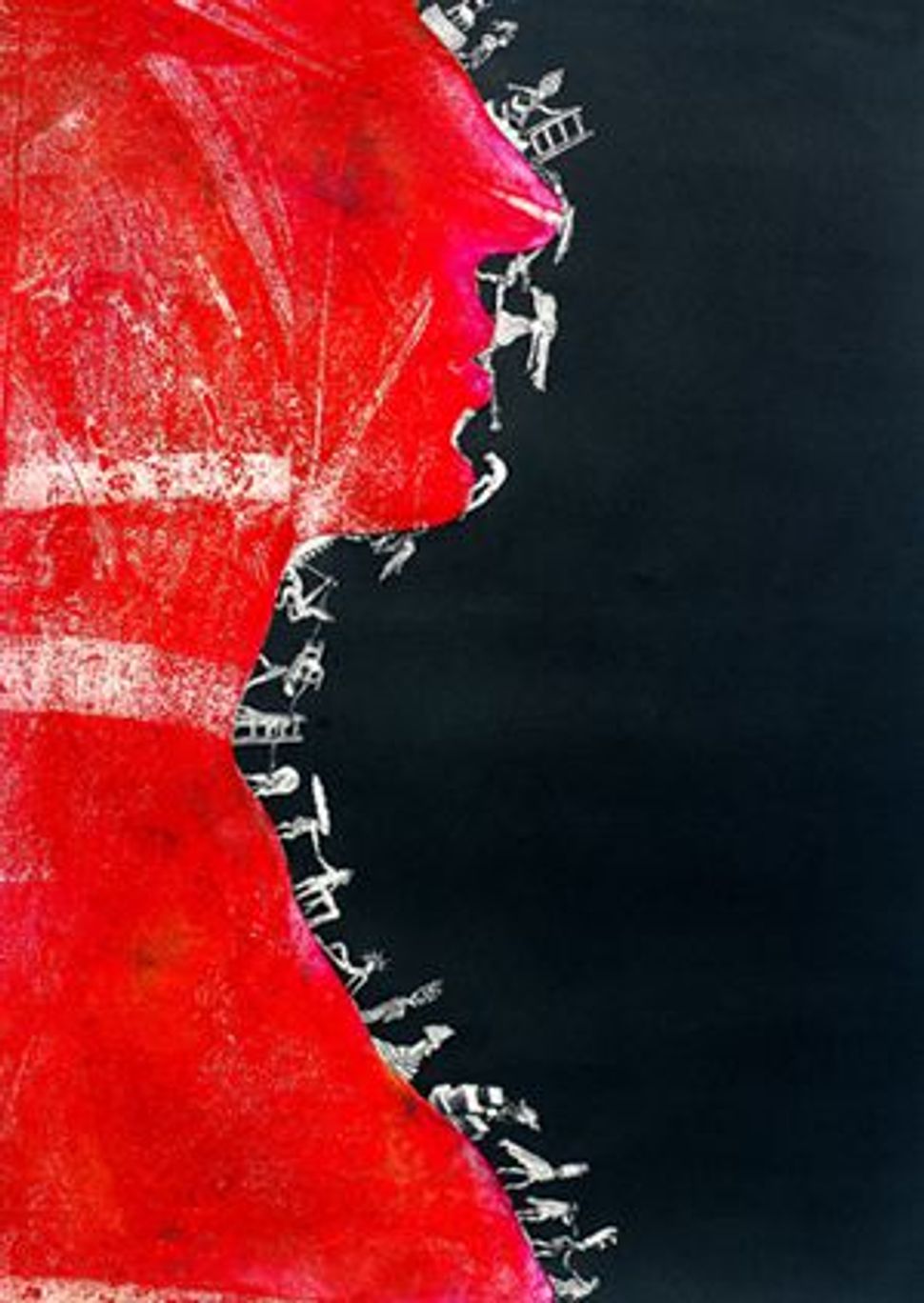 Freelance writer Beth Levine intended to marry a Jewish man and raise “nominally Jewish children,” although she could not define what being a Jew meant. But, after marrying Bill Squire, a gentile, in 1991, she was forced to become more knowledgeable about her own religion. 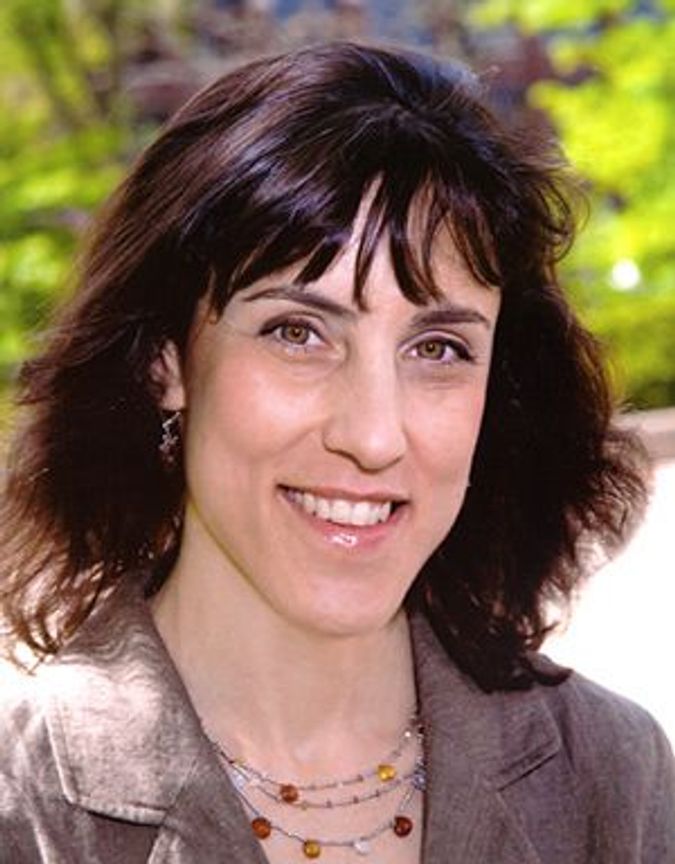 Still More Jewish?: Keren McGinity makes a provocative claim about how cultural identity is passed along. Image by D.C. GOINGS

“More so than anything else,” she wrote in a Reform movement magazine a decade later, “marrying Bill has opened the door to my Jewish spiritual home.”

According to Keren McGinity, a Mandell L. Berman Postdoctoral Fellow in Contemporary Jewish Life at the University of Michigan’s Frankel Center for Judaic Studies, the key to understanding Levine’s religious progression is that she is a woman. In her new book, “Still Jewish,” she traces the attitudes of intermarried women toward Judaism throughout the 20th century, based on interviews with 43 women from the Boston area, and archival research about three women who are deceased. As the century progressed, she argues (sometimes quite dryly), women became significantly more likely than men to retain their Jewish identity and bring up their children as Jews.

It is an ambitious thesis, which, if true, would have enormous practical implications for the “intermarriage crisis,” which is only rarely analyzed by gender. But McGinity — a Jew who was herself married to a man of Irish-Catholic background for nearly 14 years — overstates her case.

Before 1930, less than 3.2% of American Jews married ‘out.’ Three of the most prominent were Mary Antin Grabau, Rose Pastor-Stokes and Anna Strunsky Walling, women from working-class, immigrant backgrounds who married into wealthy Protestant families. For these three political activists, intermarriage was a way of moving into mainstream American society. While they never explicitly renounced their Jewishness, they moved into their husbands’ spheres of influence and two of them experimented with other religions. When their marriages broke down, however, the catalysts were not religious, but political and economic differences. 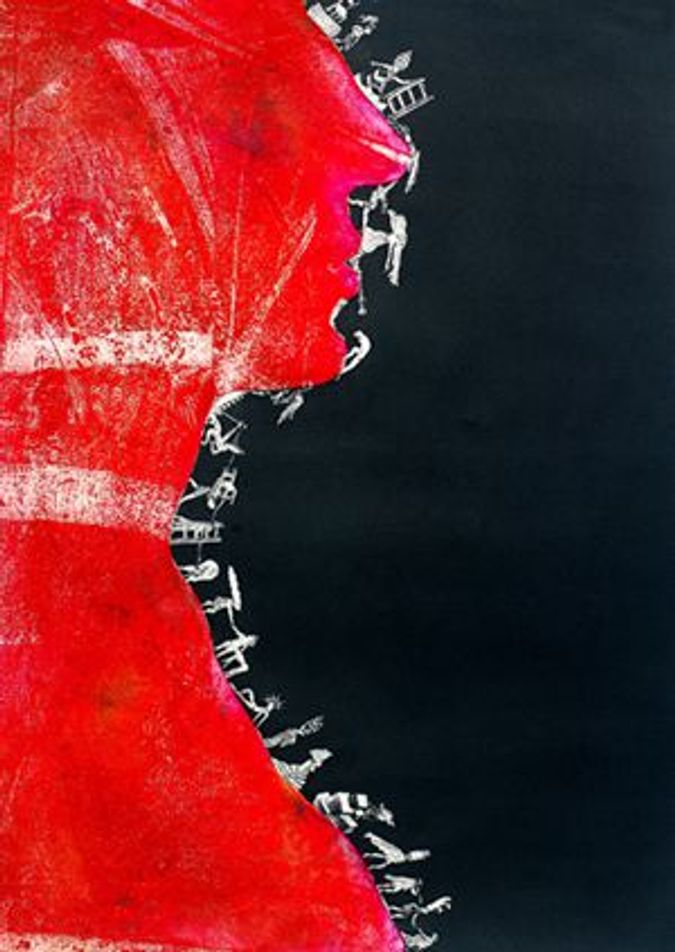 By 1960, intermarriage had doubled to 5.9%. Although there was still strong communal opposition to intermarriage, women had more opportunities to meet non-Jewish men because they increasingly went to college and to work, and as American Jews moved from Jewish neighborhoods to the more religiously heterogeneous suburbs. Many were also looking for a way to escape antisemitism.

Despite marrying out of the faith, many of the women in McGinity’s study continued to see themselves as Jewish, particularly in racial and/or cultural terms — even if they became, as was common, devoted Unitarians. A few even identified themselves as “more Jewish,” once they married out — a significant change from earlier in the century.

This reluctance to drop their Jewish identities, whether religious, ethnic or cultural, became far more pronounced in the 1960s and 1970s, when the civil rights movement, which encouraged people to overlook racial and religious differences, led to a spike in intermarriage. The feminist movement encouraged women to take a more equal role in their marriages, so women were less likely to give up their own religious identities, and more likely to take an active role shaping family life, rather than deferring to their husband.

Between 1980 and 2004, women, for the first time, were intermarrying in similar numbers to men (33% to 29%, according to the 2000-2001 National Jewish Population Survey). Political liberalism continued to make intermarriage easier to do, but ethnic revivalism meant more women wanted to maintain their Judaism. This was more feasible than ever, because for the first time, many of the men they married had no faith at all.

Of the 15 women in McGinity’s sample who intermarried in this period, 13 described intensified Jewish identities, religious practices, or both — particularly after the birth of their children (this is, presumably, often the case among in-marrieds too, but no comparative data is given). McGinity describes women who deliberately kept their Jewish-sounding surnames, for example, or began to light Shabbat candles or attend synagogue. Increasing numbers wanted to give their children more Jewish education than they had received, and — strikingly — felt strongly that they wanted their children to marry other Jews.

“Marrying someone of another faith cast women’s Jewish identity into high relief and made the women more consciously Jewish than had they married endogamously,” said McGinity.

Is the threat of intermarriage exaggerated, then — at least when it comes to women?

More fundamentally, it remains unclear what McGinity’s interviewees mean when they say they are “still Jewish.” While clearly, there is great value in a subjective feeling, empirical evidence shows that Jewish survival and continuity rests on an active Jewish lifestyle. How many of these women send their children to Jewish camps? Have Friday night dinner? Visit Israel? There are anecdotes, but no hard statistics.

Similarly, while readers are told that all of the women in her sample who had children between 1980 and 2000 brought up their offspring “as Jews,” there is very little serious analysis of what this means in practice, how the children see themselves, and how many of them choose to bring up their own families as Jews.

McGinity does try to argue that the definition of Jewishness must be expanded to include “Jewish identities that were personally meaningful” to her subjects, but this is unsatisfyingly vague for those interested in the implications for Jewish continuity. Clearly, there is a phenomenon here that is interesting and should not be neglected or ignored. Whether it is substantial enough to warrant a communal re-think, however, is not yet really proven; more facts, please.

Miriam Shaviv is the foreign editor of the Jewish Chronicle in the United Kingdom.