Jewish Leaders, Israel at Odds Over Ties With Muslim Group 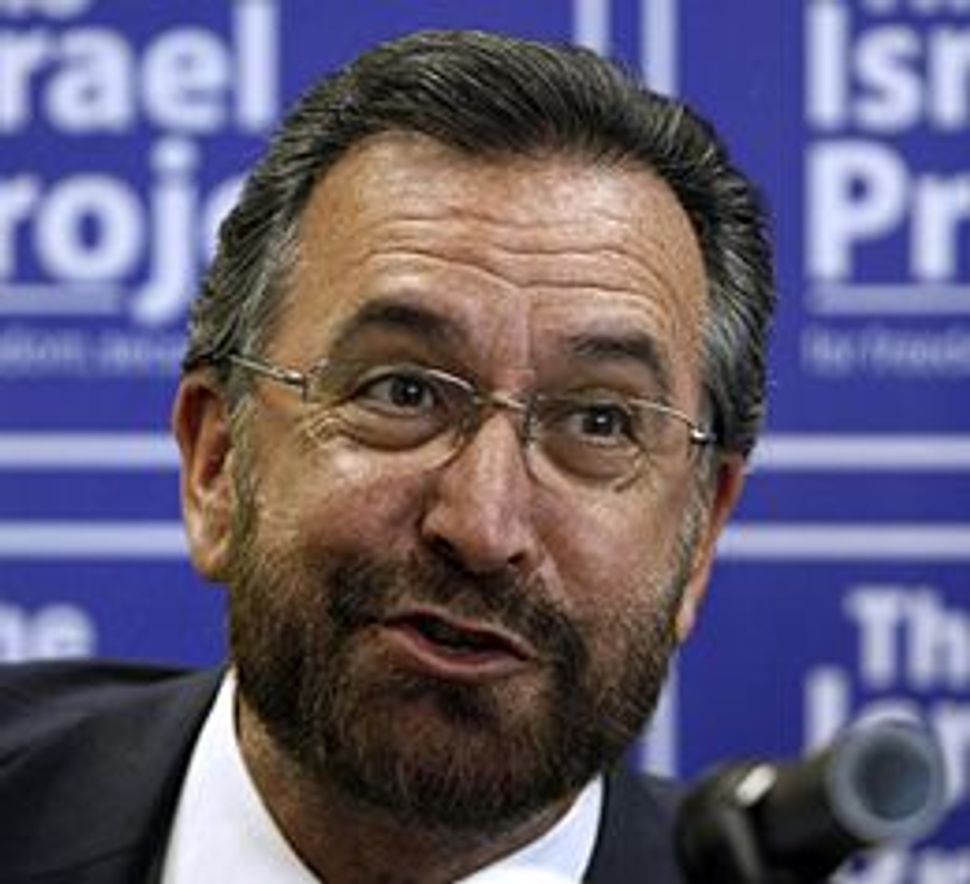 Stayed Away: Rabbi David Rosen of the American Jewish Committee, which heeded the call to boycott the Geneva meeting. Image by GETTY IMAGES

The Muslim World League, an organization emerging as a ubiquitous presence on the interfaith conference circuit, boasts close ties to the Saudi monarchy and produces a magazine that has published antisemitic screeds. 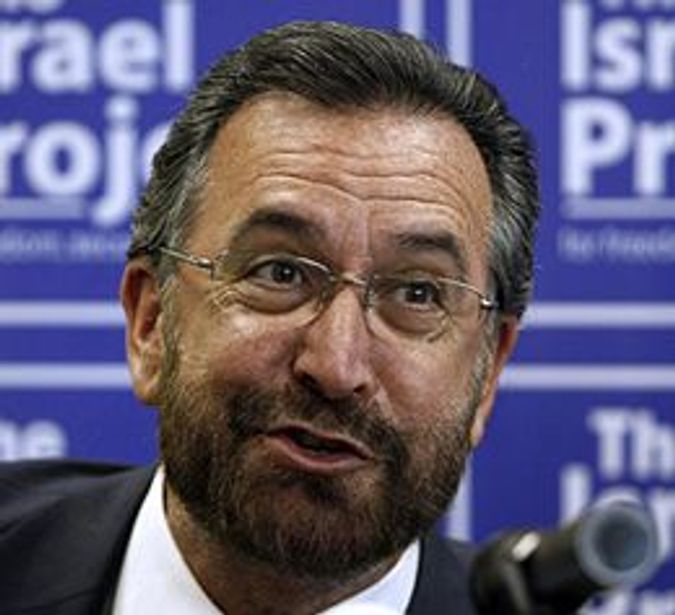 Stayed Away: Rabbi David Rosen of the American Jewish Committee, which heeded the call to boycott the Geneva meeting. Image by GETTY IMAGES

That dual identity has put Jewish groups in a bind in deciding how to relate to the group and the widely attended, high-profile interfaith forums it is producing on behalf of the Saudi king, Abdullah bin Abdul Aziz.

In September, Jewish groups abruptly withdrew their participation in one of those interfaith conferences after the league’s magazine published an article depicting the world media as under total control of the Jews.

But now, in part at Israel’s apparent behest, one of the Jewish community’s primary umbrella groups for interfaith affairs plans to proceed with an unprecedented trialogue this December involving world Jewry, the Vatican and — representing Islam — the MWL.

The dilemma reflects diverging interests of Israel and the U.S. Jewish community on the issue of ties with Muslim groups. While Jewish organizations focus on their Muslim counterpart’s actions and statements, the Israeli government has also been looking at the diplomatic benefits that can be reaped from tightening ties with a group closely affiliated with the Saudi leadership.

“Israel is sometimes more sensitive to antisemitism and sometimes less sensitive,” said Michael Berenbaum, a Jewish scholar who has been among the leaders of interfaith dialogue. “There is a structural tension between Israel and the Diaspora Jews,” he said, a tension that at times leads to differences of approach toward relations with other religious groups.

The article that catalyzed the current controversy was published in the May issue of the Muslim World League Journal, a Mecca-based English-language monthly distributed worldwide. The publication’s cover depicts a globe covered by a baseball cap with the Star of David symbol under the title: “Control of World Media.”

“One might conclude that the sheer number of different newspapers across America would provide a safeguard against Jewish control and distortion,” the article states. “However, this is not the case.” Jewish control of the U.S. media, states the article, “illustrates the insatiable appetite Jews have shown for all the organs of opinion control on which they could fasten their grip.”

An accompanying editorial, written by Hassan Al-Ahdal, the publication’s editor-in-chief, endorses the antisemitic conspiracy theory. “In this issue,” Ahdal writes, “we carry an article that exposes the myth of neutral journalism. Through deception and deceit the world media is controlled by the few and what gets printed is what they want.”

According to the Anti-Defamation League, the article includes some paragraphs that are identical to an article published widely on antisemitic Web Sites.

The Saudi-based MWL, which claims 36 branch offices worldwide, including in New York and Washington, has been on the radars of watchdog groups for years as an alleged purveyor of extremist ideas and antisemitic and anti-Israel rhetoric.

Despite this background, it was the MWL that King Abdullah entrusted with the task of turning an interfaith initiative he launched last year into an ongoing reality by organizing a series of international meetings. The first meeting held outside Saudi Arabia took place in Madrid in July 2008 and was seen as a major breakthrough toward religious openness by Saudi Arabia.

While a number of other major Jewish groups attended the earlier gatherings sponsored by Abdullah, the ADL has protested the MWL’s role in them. Last month, the ADL called on interfaith leaders worldwide “to condemn the antisemitism of the MWL and to not participate in their interfaith gatherings.”

“This is not the kind of group we should be having an interfaith dialogue with,” said Eric Greenberg, director of interfaith policy at the ADL.

Repeated attempts to reach the MWL by phone and email for comment on this issue went unanswered.

After Jewish activists protested the publication of the May MWL Journal article claiming Jewish control of the media, the MWL issued a clarification stating that it was not responsible for the article’s content since it was copied from another source. ADL National Director Abraham Foxman called this “a pathetic attempt to deflect responsibility.”

Others agreed. For the first time, representatives of other major Jewish groups, including the World Jewish Congress and the American Jewish Committee, joined the ADL in refusing to attend a two-day Saudi initiative gathering in Geneva that began on September 30.

“In the first [Madrid] event you could argue that they are so new to this and were not adequately informed,” Rabbi David Rosen, director of inter-religious affairs at the AJC said. “But now they already know and still have problematic issues for us.”

Rabbi Marc Schneier, vice president of the World Jewish Congress, cited other issues. One was the participation in the conference of William Baker, former head of the extreme right-wing Populist Party who has authored many antisemitic writings. “The straw that broke the camel’s back was when I looked at the schedule of the Geneva conference” and saw he would be speaking on a panel with Baker.

“I’m very saddened and disappointed,” he said, “but there’s just so much I can take.”

Now, the MWL dispute is spilling over to a Catholic-Jewish-Muslim meeting planned for December in Seville, Spain, unrelated to King Abdullah’s interfaith initiative. A product, instead, of the world Jewish community’s ongoing dialogue with the Catholic Church, the Vatican chose the MWL to participate in the meetings.

The Jewish community’s representative will be the International Jewish Committee on Interreligious Consultations (IJCIC) —a consortium of the three major Jewish denominations and large Jewish communal organizations that is organized Jewry’s designated representative for relations with the Vatican.

Twice in recent months, IJCIC debated whether to participate in the December trilateral meeting and finally voted to go forward with it despite calls from the ADL to withdraw because of the MWL’s presence. Israel, apparently seeing value in opening a channel of communication with the Saudis, strongly backed the umbrella group’s decision.

Rabbi Richard Marker, chairman of IJCIC, said the group was entering the dialogue with open eyes. “It is not as if we are naive about MWL or any other group,” Marker said, warning that “the idea of having organizational purity doesn’t work in real life.”

Supporters of attending the trilateral cited the government of Israel’s support for going ahead with the meeting as a significant factor in the group’s decision. According to two participants in the IJCIC discussions, Israeli Foreign Ministry officials conveyed their government’s view that the MWL has changed course and that Israel believes engaging with it would benefit the Jewish community and Israel. “They unequivocally endorsed” the idea of attending the Seville meeting, said Marker.

The ADL’s Eric Greenberg disputed this. A letter presented from the government of Israel at one of the IJCIC meetings was a not a specific endorsement of the Seville meeting, since it was undated and spoke generally of Israel’s favorable view of King Abdullah’s initiative, he said. But this argument failed to sway other IJCIC members when Greenberg made it at their meeting.

“IJCIC requested and received a written message of support for this dialogue” from the person in charge of religious issues at the Israeli foreign ministry, said Rabbi Rosen.

An Israeli diplomatic source confirmed that talks took place between IJCIC leaders and the Israeli government, but said Israel did not issue an official opinion on the question of participation in the Seville meeting.

Jewish Leaders, Israel at Odds Over Ties With Muslim Group