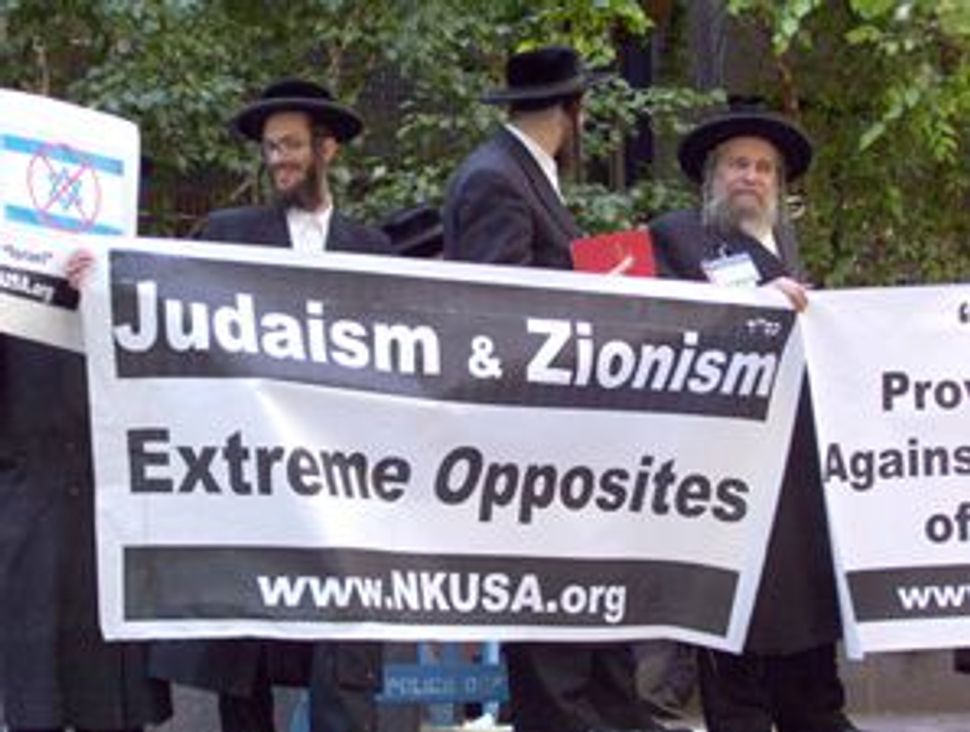 Fringes: The Neturei Karta sect protested against Jewish protestors outside the UN and a day later met with Iran's president

While most of the Jewish world was protesting Iranian President Mahmoud Ahmadinejad’s visit to New York, at least one Jewish group, albeit an outcast one, invited the leader for a private meeting. 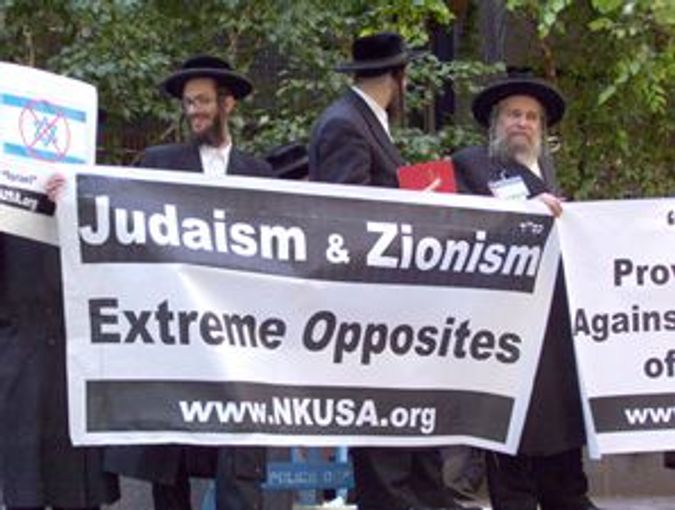 Fringes: The Neturei Karta sect protested against Jewish protestors outside the UN and a day later met with Iran's president

The most extreme faction of Neturei Karta, an ultra-Orthodox sect that believes the State of Israel to be illegitimate, had a personal meeting with Ahmadinejad on Monday.

“We want to meet with the man who has proven again and again that he is interested in the welfare of the Iranian Jewish community and that he has a deep respect for the Jewish world,” Naturei Karta spokesman Dovid Weiss said in a statement.

“The Zionist attempt to isolate this man and his people is immoral and tragic,” he said.

The group has allied itself with the cause of Palestinian sovereignty and has become a fixture of dissent at pro-Israel rallies. A meeting Monday would have been the groups’s third with Ahmadinejad. It drew immediate outrage from a wide array of Jewish observers.

“There’s nothing these people have in common with Ahmadinejad except a level of deceitfulness,” said Samuel Heilman, a professor of sociology at Queens College and an expert on ultra-Orthodox sects.

“Ahmadinejad uses them to show that he’s not an antisemite, and the Neturei Karta use him to show that they’re so fiercely anti-Zionist, their stance on Israel trumps other Jewish concerns.”

Neturei Karta’s politics have alienated the group within the Orthodox community. After members met with Ahmadinejad yesterday, the Orthodox Union sent out a press release calling the group “a disgrace to the values and history of the Jewish People.”

Neturei Karta believes that Jewish exile from the Land of Israel is divinely ordained and that Jews should wait for the messiah to lead them into a heavenly Jerusalem.

The extremist branch of Neturei Karta estimates its current membership to be in the thousands, though Heilman guesses the number is no more than 1,000.

According to Nathan Diament, a director of the Orthodox Union, Neturei Karta is alone among Jewish groups in its beliefs.

“There are other [Orthodox] groups that are philosophically anti-Zionist, but they don’t go around meeting with people who want to wipe out the Jews,” Diament said.

Indeed, even many Neturei Karta adherents were appalled when a radical delegation began courting Ahmadinejad in 2006. The delegation’s second meeting with the Iranian leader took place at Iran’s now-infamous conference on the Holocaust.