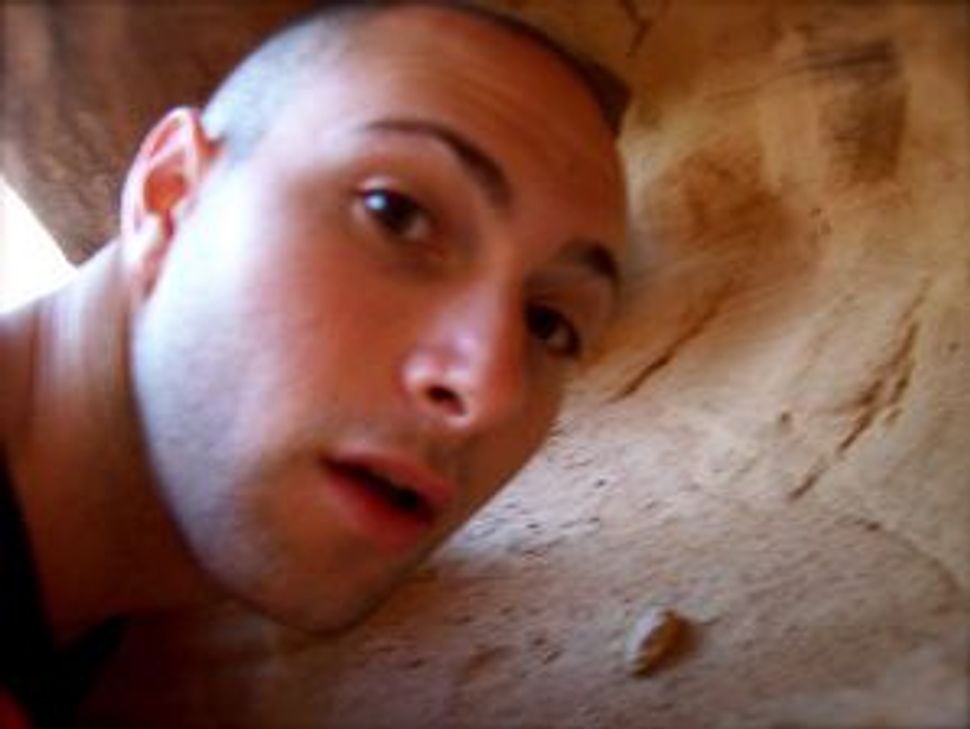 Sam Hopkins, aka DJ Balagan (Balagan is Hebrew for tumult), is a mixer, drummer and producer. His newest album, “Funny Accent,” is a mix tape in the most classic sense. Rather than simply sample older songs for his own aggrandizement, Hopkins removes himself from the process — acting more like a museum curator than an artist. The result is one of the most fascinating documents of 2007. Funny Accent is the statement of a fan toting around a crate of LPs, and in the process of showing them off, Hopkins tells the story of a Jewish musical history. 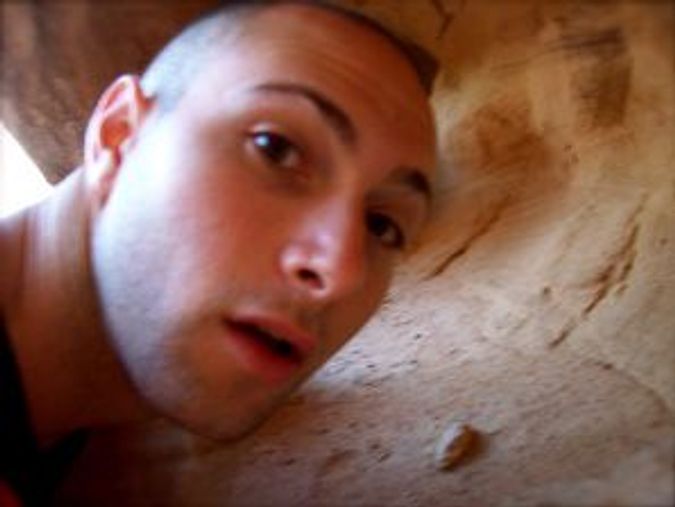 Hopkins, 24, studied linguistics when he attended the University of Kansas (his family has been from Kansas going back a century) and speaks numerous languages with varying levels of proficiency. He says he’s fluent in English, Hebrew, French, Spanish, German, Yiddish and Portuguese, and speaks some Arabic, Chinese and Russian as well. That eclecticism is well represented on Funny Accent, where one track can skip across several continents.

The album’s mission statement is best articulated on the opening track, “Funny Accent Intro,” which opens by sampling instructional record Hopkins found in a thrift store. “Experts agree that everyone is born with a gift for languages. You have this gift,” a British-accented voice says, while Hopkins mixes in an Egyptian song and original beats. By the end of the track, we’ve heard a Yiddish clip from Shalom Dzigan, an Israeli comic. “Yiddish is important to me,” Hopkins explains. “The way it nurtured Jewish culture for so long but got cast to the wind after the war by so many people.”

Like many mix tapes, “Funny Accent” leaves feeling the promise of the artist is yet unfulfilled. It is built to increase anticipation for future releases, and Hopkins promises a proper release by next year. He says he looks forward to doing original material.

Hopkins broke down for us one of the tracks on his mix: “Breakdancing at the UN.”

0:00: “The first song is from Cameroon, a guy called Sam Fan Thomas. It’s a take on an older style called Makossa, called Makassi here. [It] has sort of a Prince feel, obviously African, but from the 80s. There’s an element of time to the music, not just place.”

3:01: “Yeah, that’s Rodney Dangerfield. That was actually in the original of the song that follows – Chuck Chillout and Cool Chip’s ‘Rhythm is the Master.’ That itself is made from samples, Talking Heads and Strafe-Set It Off. That song is sort of a relic because the samples are so obvious, people would be less inclined to make that beat for release these. The late-80s string of lawsuits made producers more sheepish on that.”

10:01 “The last track is a B-Boy Jam by Yellow Magic Orchestra from Japan.”