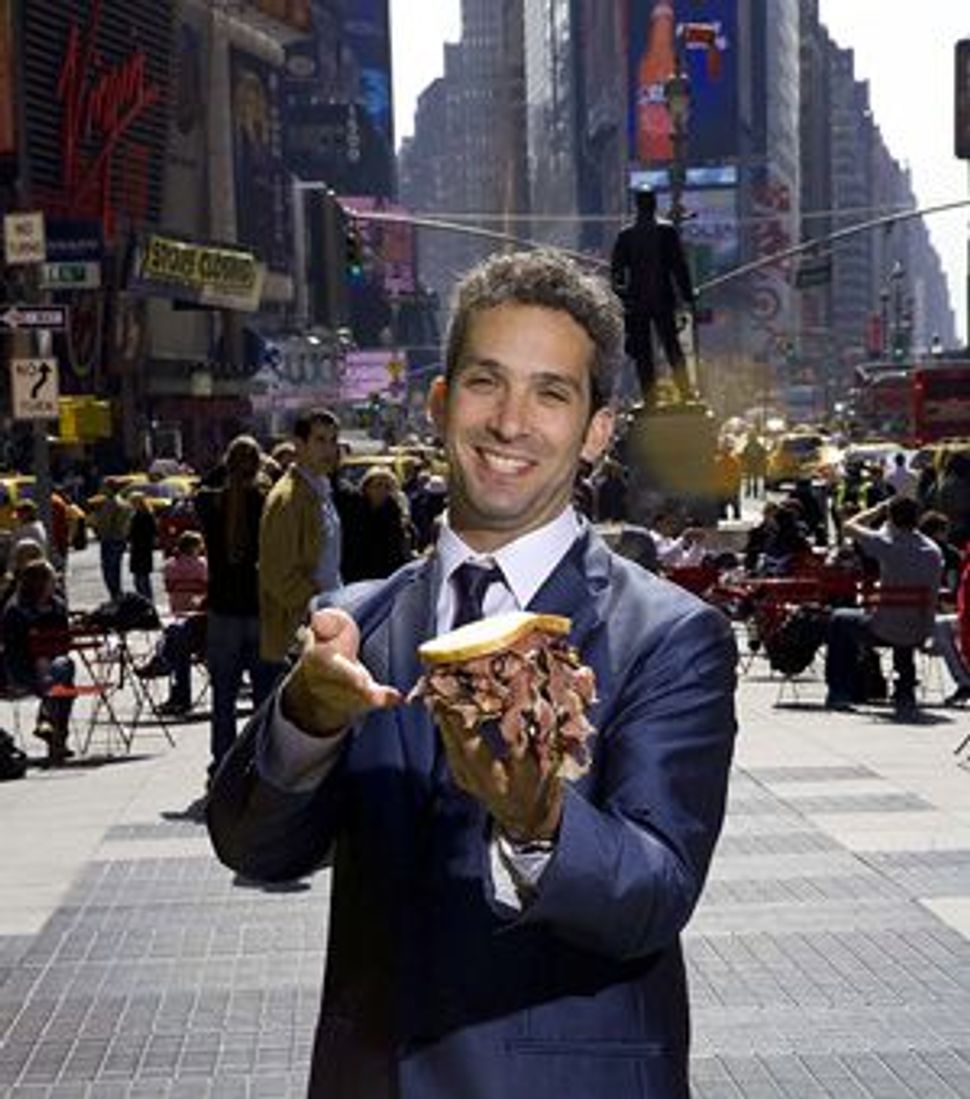 Comfort Food: His new book ?Save the Deli? aims to quell the ?deli Diaspora? one sandwich at a time. Image by CHRISTOPHER FARBER

Nearly 80 years after their heyday — when they numbered roughly 2,000 in New York City alone — delis have found an unlikely young advocate in David Sax, the 30-year-old author of the newly published “Save the Deli.” 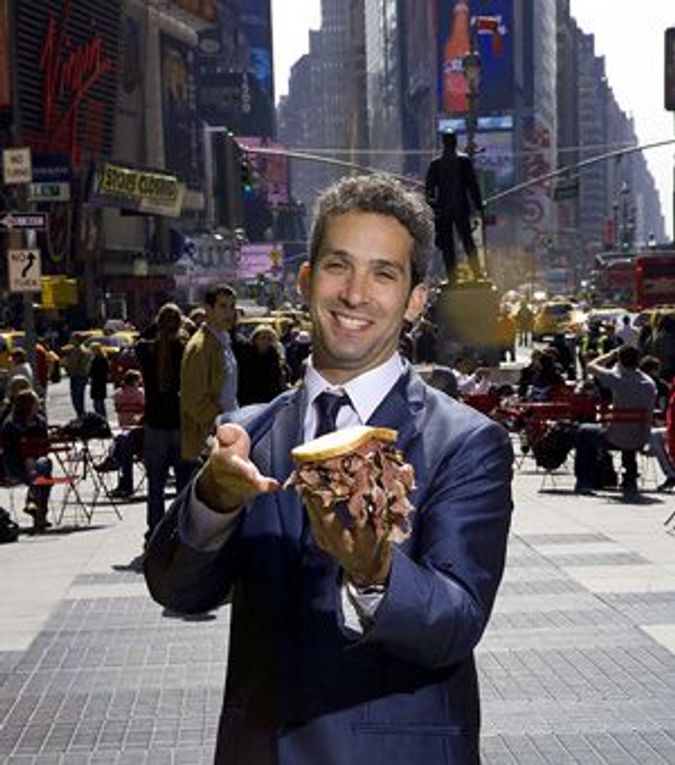 Comfort Food: His new book ?Save the Deli? aims to quell the ?deli Diaspora? one sandwich at a time. Image by CHRISTOPHER FARBER

Subtitled “In Search of Perfect Pastrami, Crusty Rye, and the Heart of Jewish Delicatessen,” the book, published by Houghton Mifflin Harcourt, is a passionate cri de coeur for a cuisine in jeopardy, one that has long suffered the ravages of suburbanization, gentrification and the rise of fast food and sushi. In a bid to preserve the deli’s place in history, Sax visited nearly 200 Jewish soup-and-sandwich shops across the United States and Europe, an area he calls the “deli Diaspora.” Combining his gastronomic journey with serious historical research, Sax traces the etymology of the word “pastrami” (it may have originated in Turkey) while making the surprisingly persuasive argument that the story of the deli is in many ways the story of the Jewish people.

Nathan Burstein: You’re a self-described “lifelong deli obsessive,” but at what stage did you decide to share your enthusiasm in a full-length book?

David Sax: It started out back in 2000 or 2001, when I was at McGill University in Montreal and I took a course on the sociology of Jews in North America. You could choose any topic, and a friend and I chose to write about deli because we both love eating deli and Montreal’s a big deli city. We thought it would be more fun than writing about assimilation and the Holocaust, which I think most of our friends were writing about…. Through the process of doing research for that … we discovered …that the deli was in fact in danger of dying. It was shocking, the number of delis that had disappeared and the dire state of the business…. So that really planted the seed in my head even before I graduated.

N.B.: You write that “Save the Deli” started out essentially as a eulogy for the cuisine but that the reopening of New York City’s 2nd Avenue Deli helped to change your outlook. What are your hopes for American delis in the future?

D.S.: My hopes are that they enjoy a renaissance and flourish… for people to eat deli not just as a nostalgic thing.… What I’d really love to see is people take the food and move it forward…. [The thinking should be,] how can we make it new? How can we make it speak to people today? It’s really the idea of taking pride and making the things yourself, and I think that will make it a lot more relevant for a lot of people who wouldn’t normally eat deli. If you look at the growth of Southern barbecue in the last couple of years, this is a food that’s similar to Jewish deli: It has its roots in another culture, and it coalesced here in North America. It’s very heavy and very fatty, but it’s done incredibly well.

N.B.: There seems to be tension between a desire for “authentic” deli and the need to change with the times. What’s your take on this?

D.S.: [Deli] is an analogy for everything in our modern Jewish life. We’re a people that’s very rooted in the past… but at the same time, I believe… we need to move forward. I think ultimately the way for delis to do it is just to put the food first, to put as much care and love into the food as possible. I think people respect that, that if you make something that’s ultimately delicious, and you use the best knowledge and ideas and sourcing, that’s what’ll make it work. If people are eating at your deli because they love the food, then you’re going to get everyone — not just Jews, but a broader group of people, and [the food] will blend into the broader society.

N.B.: In many ways, you write, deli is the cuisine of the poor and often oppressed inhabitants of shtetls and tenements. Is it really so sad if the deli fades away?

D.S.: We could all live on diets of foie gras and filet mignon if we wanted, or on entirely sushi diets… but the fact of the matter is that the great foods of the world are comfort foods, and they are the foods that come out of poverty because necessity is the mother of invention. If you only have this part of the chicken or you only have this part of the beef that you can only keep for two weeks, well, okay, let’s [make use of] it. Let’s smoke it to make it taste a little better, because we have to preserve it…. It goes beyond Jewish culture — there is a tangible benefit to eating foods that bring you pleasure.

N.B.: You note that London has “the worst rye on earth,” but in general you disdain regional chauvinism when it comes to deli food.

D.S.: I generally find that [regional supremacists] have never actually eaten in these other places.… One of the things that just continuously fascinated me as I was going around to close to 200 delis was that I would get surprised in the most pleasant way in places where I didn’t expect it. I could have the most fantastic noodle kugel in Boulder, Colo., or the most fantastic tongue sandwich of my life in London, or incredible, incredible chopped liver and homemade brisket in Portland, Ore. Great deli isn’t confined to one place. [Coming from] a nomadic people, it shouldn’t be.

N.B.: How do you stay abreast of deli-related news for your Web site, savethedeli.com?

D.S.: There wasn’t really a central place where deli owners and deli lovers could meet and get information. Since the Web site started, whenever anything happens in the deli industry, I’m generally contacted… the deli owners are fantastic people and let me know [about openings and closings]. Meeting these people and getting to know them — I guess almost haphazardly building a community of deli lovers — has been one of the best parts of the experience.