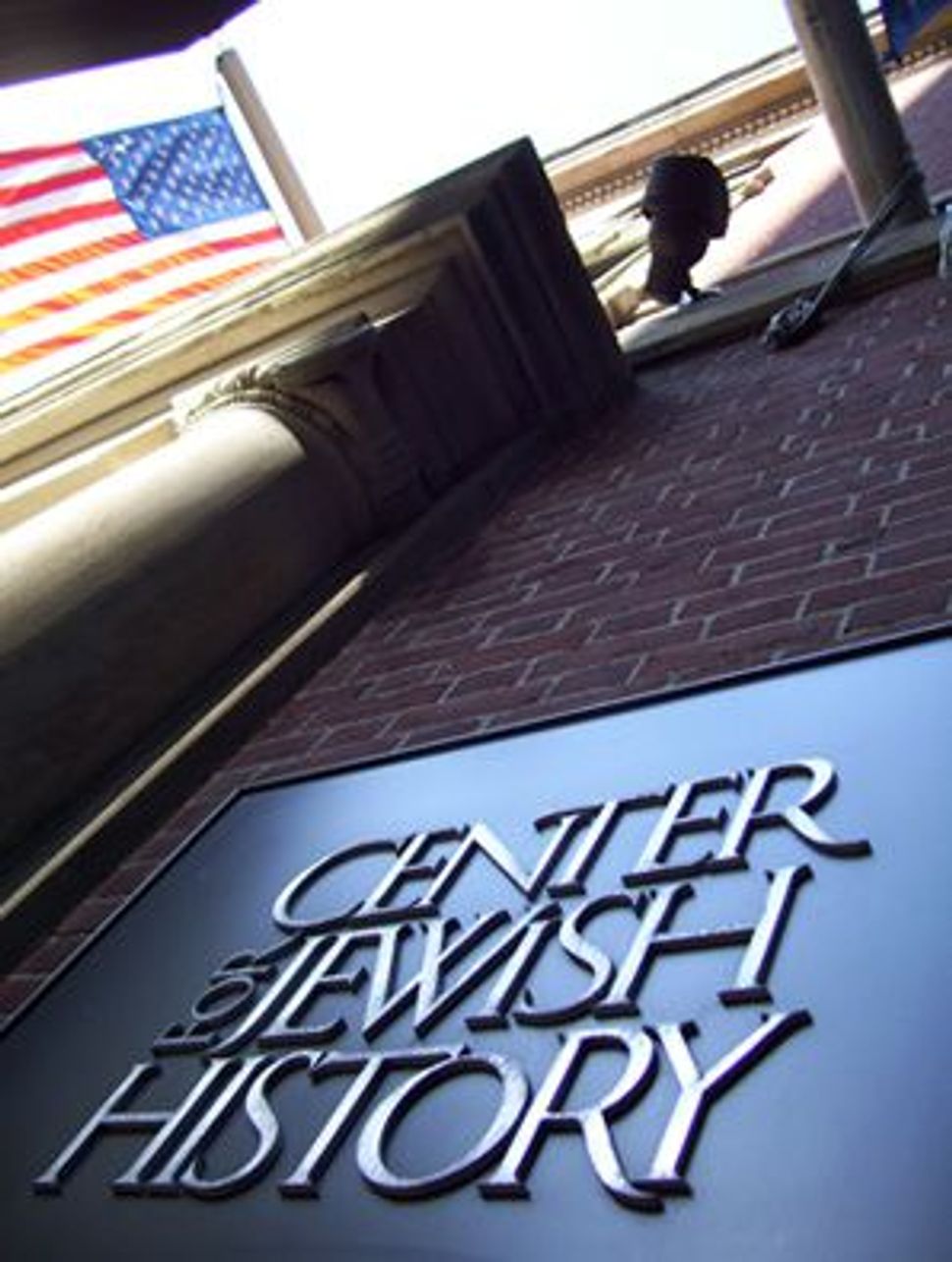 In a bid to create the largest institution for Judaic research outside of the State of Israel, New York University is seeking to combine forces with the long-beleaguered Center for Jewish History. 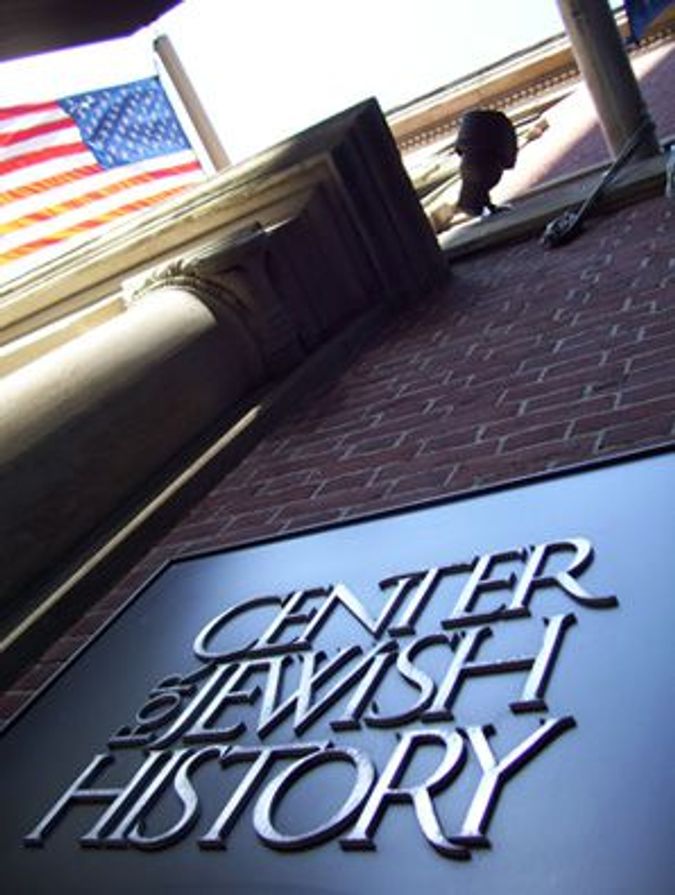 A written proposal — developed by officials at NYU and slated for delivery to the center this week — envisions a merger between an academic department, the Skirball Department for Hebrew and Judaic Studies, and the center, a consortium that unites under one roof the wide-ranging archives of five independent historical societies. The plan includes physically relocating the NYU department from its current home in the heart of the university’s Greenwich Village campus to CJH’s building off Union Square, and creating a center for advanced studies that would host scholars from other institutions.

A partnership promises considerable reward for both parties. NYU — which in recent decades has climbed into the most elite tier of American universities — stands to gain invaluable resources and buzz for one its flagship departments, as well as a valuable piece of New York City real estate. For the Center for Jewish History, which has experienced financial problems since its 2000 opening, a new collaboration promises a much-needed infusion of cash.

At the same time, an agreement is complicated by the unique operating structure of the center, which is currently owned jointly by its independent member groups, including the YIVO Institute for Jewish Research, the premier archive of Eastern European Jewry, and the Leo Baeck Institute, which documents German-speaking Jewry. Any partnership that seems to compromise the independence of the member groups or bring them closer to ceding ownership of their valuable archives would almost certainly be opposed by the groups’ current board members as well as Jewish scholars.

“[The deal] would be a great coup for NYU, which would be able to say that it has incomparable resources in Jewish history, with perhaps the exception of Hebrew University,” said Jonathan Sarna, a prominent professor of American Jewish history at Brandeis University who in the past has suggested that the members dissolve the center and relocate separately. Sarna said he would worry if “the treasures previously owned by the Jewish people should be moved to a private university. Yes, the current [NYU] administration is deeply sympathetic, but who knows what will be in the future?”

At its founding, the goal of the Center for Jewish History was to create synergy among its five member organizations — YIVO and Leo Baeck, along with Yeshiva University Museum, the American Sephardi Federation and the American Jewish Historical Society. But almost from the outset, the center has labored under the debt assumed in buying and renovating the West 16th Street site, while its members have struggled to meet their own increased operating expenses. The issue came to a head in early 2006, when representatives of the American Jewish Historical Society — which was formerly located in Waltham, Mass. — felt compelled to sell a number of colonial-era portraits to the owners of Wal-Mart for several million dollars in order to plug its operating deficit.

Later that year, the member groups approved a change to the center’s by-laws that increased the maximum size of the center’s board from 19 to 35. According to a member of YIVO’s board of directors, who did not want to be named because of the sensitivity of the negotiations, the change was pursued as a way of enlarging the center’s base of major donors.

At NYU, the proposed collaboration comes amid a period of growth. One of the largest private universities in the United States, the school is more popular than ever among the nation’s high school seniors —it has been ranked as America’s “#1 dream school” by the Princeton Review for four consecutive years — and working on a strategic plan to add 6,500 students and 6 million square feet of space over the next quarter-century. Outside New York City, administrators are pursuing an aggressive plan for global expansion, with a new campus slated to open in Rome in 2008, and deals for developing new sites in both Abu Dhabi and Tel Aviv.

NYU has also paid particular attention to bolstering its Judaic studies department, one of the highest ranked in the country. In recent years, the university has opened a Center for Israel Studies, a Center for American-Jewish History and a new program in Near-Eastern studies, and has added five members to its full-time Jewish studies faculty over the last decade, according to professor Lawrence Schiffman.

Schiffman, a Talmudic scholar who chairs the university’s Hebrew and Judaic studies department, said the creation of a new center for advanced Jewish studies follows a trend throughout the field, and would help attract new fundraising dollars to NYU.

“We also have an expansion plan for our department, and to some extent, that expansion plan is contingent on this thing happening,” Schiffman told the Forward. “Clearly, it makes it a lot easier to explain to supporters why it’s worthwhile to help us do the things that we’ve wanted to do for quite a while.”

Stressing that NYU’s proposal was preliminary and subject to change, Schiffman declined to elaborate on its specifics, or say how much money the university might offer the Center for Jewish History. But, he said, two things were certain: Any deal NYU would propose would maintain the independence of the member groups and their archives, while ensuring a long-term financial commitment from the university.

The chairman of the Center for Jewish History, Bruce Slovin, declined to be interviewed by the Forward.

According to the member of YIVO’s board, the group’s leaders have been updated about a possible NYU deal in recent weeks and were told that the university had a potential commitment from a single donor for $50 million, with a second donor committing an additional $10 million.

Conceding that a partnership with NYU would help rescue the center from its current financial difficulties, the YIVO board member said he worried that bringing in yet another marquee institution above YIVO and the member groups would make it even harder for them to raise money independently— and pave the way for NYU “to get their nose under the tent” and gain ownership of the archives in the long-term.

Schiffman countered that outright ownership of the archives was something that NYU had “never wanted from day one,” and planned to assist the member groups in fundraising efforts. But he acknowledged that NYU would also offer itself up “as a security blanket for these materials” and would be willing to “maintain the materials forever” should any of the groups one day shutter their doors.

“We are stating to them that if they go out of business and so desire, we would take over maintenance of the materials, but this is a highly undesired situation that we hope would never happen,” Schiffman said.