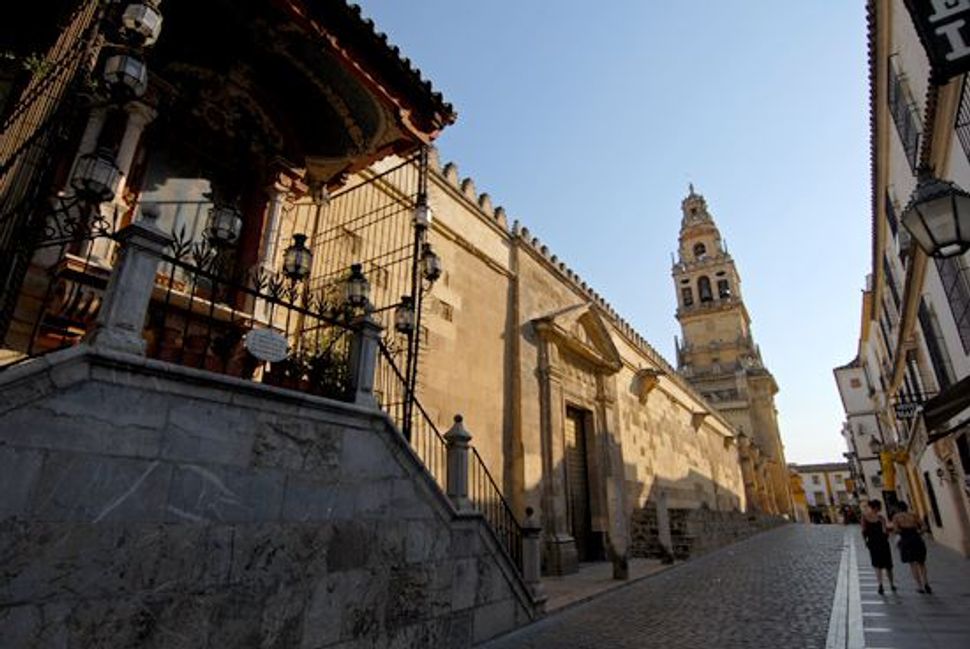 The southern Spanish city of Córdoba represented the height of Western civilization from the 11th century to the 13th, when the ruling Arabs and great Jewish scholars coexisted. But the modern urban center has not folded into the past. 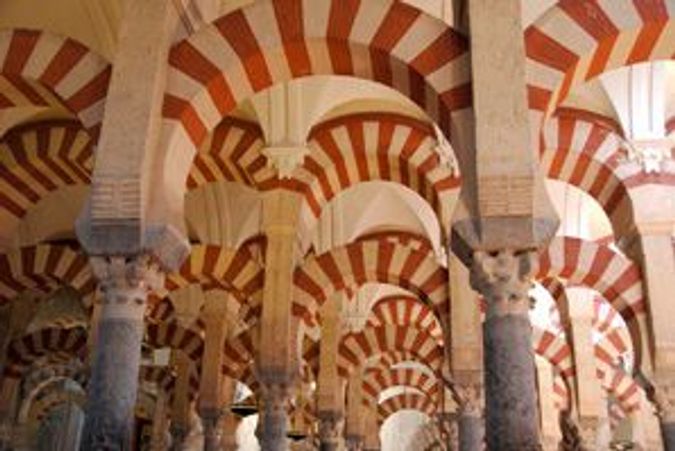 In the Mezquita (“mosque” in Spanish), Moroccan tourists are as likely to be seen as American Jews. Córdoba’s largely intact old center and the sprawling, narrow streets of the Jewish quarter make it a perfect place for day trippers or for a weekend retreat from the capital, Madrid.

Visigoths, Romans, Muslims and Catholics ruled the city at separate times. During each period, the site of the Mezquita was adapted to suit new demands, and it saw many transformations over the years. It was originally the location of a Roman cathedral and then a Visigoth temple, but in 711 Moorish conquerors took control of Córdoba and spent 200 years building on the site the second largest Mosque in the Islamic world. In 1236, Spanish Catholics reclaimed Córdoba and gave the edifice its most recent and, at this point in time, final transformation. It is now the cathedral of Córdoba.

Had the Mezquita been destroyed at any moment, civilization would have lost as much as when the Taliban dynamited the Buddhas of Bamiyan in 2001.

Despite the fact that the Mezquita, with its Roman pillars buttressing candy-striped arches, is a UNESCO World Heritage site, the city is often overlooked among a jumble of other Islamic remains spread across southern Spain — most notably, the crown jewel of them all: the Alhambra of Granada.

The narrow streets of Córdoba’s Jewish quarter reveal a side of the city that expulsion in 1492 did not erase. This is the neighborhood where great Jewish scholars like Hasdai Ibn Shaprut established an academy for talmudic study and his protégé, Menahem Ibn Shaprut, devoted himself to compiling the first dictionary of biblical Hebrew and Aramaic.

Only one synagogue from the period, a pint-sized room, remains, at 20 Judíos Street. The synagogue is the city’s single most important monument to the legacy of the great Jewish scholars who flourished under the inclusion of the city’s Muslim rulers, but it is not the only one.

A statue of the Jewish philosopher and legal scholar Maimonides stands around the corner from the synagogue in a small, contemplative square, and the charming garden of the city’s old souk (“El Zoco” in Spanish) nearby is still used by local artisans who craft leather goods and ceramic wares.

These photographs offer a glimpse of modern-day Córdoba. 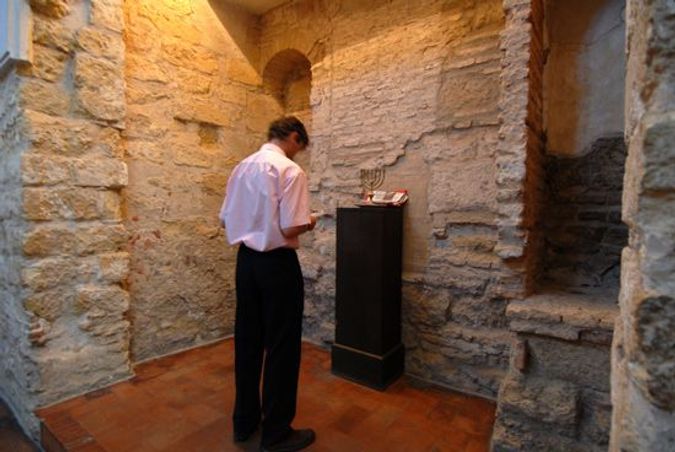 An Italian tourist prays inside the only remaining synagogue in Córdoba’s jewish quarter. 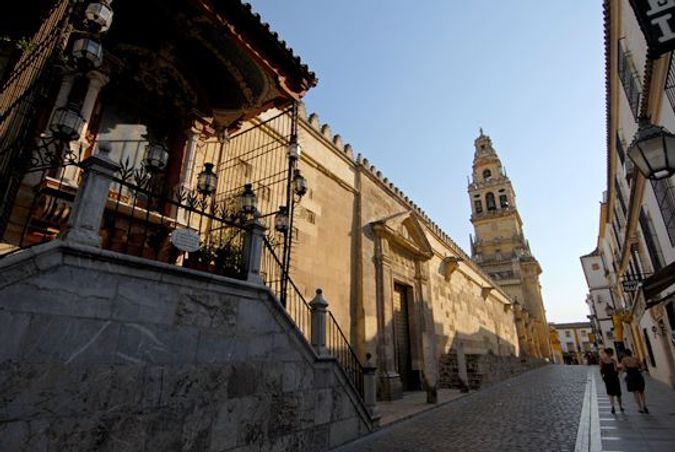 The women walk beside the Mezquita in the heart of the old city in Córdoba, Spain.