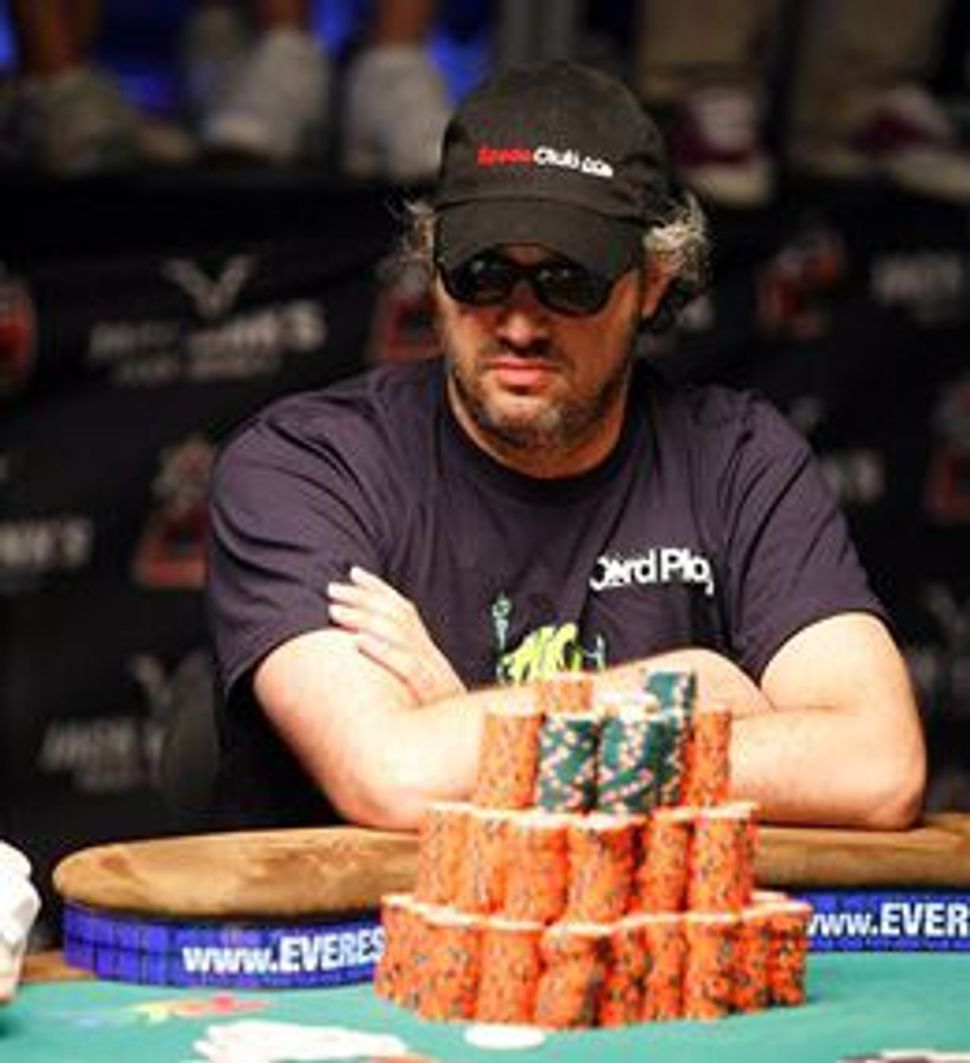 An Ace: Jeff Shulman of Las Vegas is one of the ?November Nine? who will be vying for the $8.6 million top prize in poker. Image by COURTESY OF CARDPLAYER.COM

In defiance of the odds on a scale of, say, holding a royal flush, four of the nine players who will be sitting at the final table at the World Series of Poker in Las Vegas are Jewish. 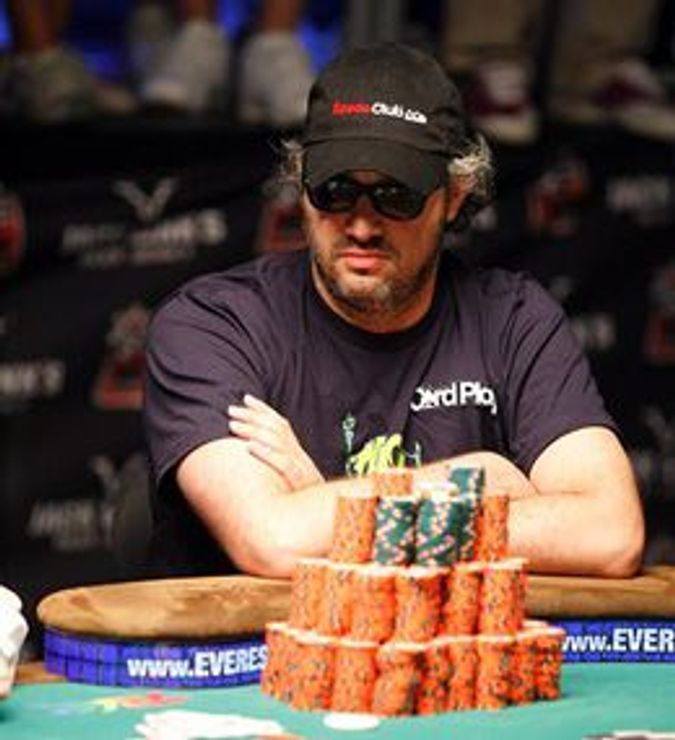 An Ace: Jeff Shulman of Las Vegas is one of the ?November Nine? who will be vying for the $8.6 million top prize in poker. Image by COURTESY OF CARDPLAYER.COM

“It’s probably a fluke,” said Jeff Shulman, one of the competitors vying for the $8.6 million top prize in the competition, which begins on November 7.

Shulman, of Las Vegas, and three other finalists, Steven Begleiter of Chappaqua, N.Y., Eric Buchman of Valley Stream, N.Y. and Kevin Schaffel of Coral Springs, Fla., are the latest members of the tribe to ascend the ranks of a game that boasts a disproportionate number of Jewish standouts. They’re among the nine players left standing out of the 6,500 entrants from 115 nations who entered the competition months ago.

Jews have made a heavy impact since the Internet poker boom exploded in the early part of the decade. Jamie Gold, a Hollywood agent, captured $12 million at the 2006 World Series Main Event. Barry Shulman, Jeff’s dad, pocketed $1.3 million October 2 at the World Series European Championship, a London tour stop that was halted for a day in observance of Yom Kippur. Erik Seidel, a multiple World Series bracelet winner, has amassed more than $9 million in career earnings. Michael Mizrachi, the 2006 player of the year, has collected nearly $7 million.

Among the historical influences is David Sklansky, a World Series titleholder who has written definitive books on poker theory. Howard Lederer and Annie Duke, a brother and sister who have won World Series events, continue to play at an elite level. Stu Ungar, a cocaine-addicted math genius considered the Babe Ruth of the sport, won three World Series main events before his premature death in 1998. Actor-comedian Gabe Kaplan raised poker’s profile before it became a TV mainstay.

“I’d say that there is reason to believe that Jews have a higher rate of participation in gambling than their neighbors,” said Giora Rahav, a University of Tel Aviv sociologist. “As for making money by gambling, the only thing I can think of is that the [Jewish] tradition of well-controlled drinking applies here as well. If they are well controlled, they lose less.”

Martha Frankel, who was eliminated early in the tournament, was among those who have noticed the tribe’s representation in the competition. “You look around that room at the World Series of Poker,” she said. “If somebody started speaking in Yiddish, half of us would have looked up.”

Frankel, 59, wrote a well-received 2008 addiction memoir, “Hats & Eyeglasses: A Family Love Affair With Gambling,” about growing up in a gambling Jewish household. Her parents’ generation was part of the first wave of middle-class immigrants after World War II, and that meant disposable income for gambling, she said. Card games for money were routine in many Jewish homes.

She believes that many Jewish players are profitable because they are good at calculating the probabilities needed to make certain decisions. “Jews like numbers,” she said. “Does that make us shylocks? No.”

Shulman, 34, learned the basics of poker at B’nai B’rith summer camp in Neotsu, Ore. He quickly parted bunkmates and their money. “It was fairly natural for me,” he recalled. He studied under his father to master the nuances of high stakes, and qualified for the World Series championship table in 2000, finishing seventh.

“I’ve always looked at myself as a good money manager,” he said. “I don’t think of it as Jewish.”

Begleiter, 47, said he played in middle school but didn’t accelerate his commitment until he became a suburban dad, matching wits in a basement poker league with friends. All agreed that the winner would plunk down the $10,000 purse on the buy-in for the World Series’s Texas Hold ’Em, the premier event. Begleiter promised to share 20% of his winnings. Given that he pocketed $1.2 million for reaching the final, that’s already more than $200,000 to be divvied up for college tuitions, he said.

It was a blessed windfall for an executive who served as Bear Stearns’s head of corporate strategy during the financial institution’s downfall. He plans to keep his current day job at a private equity firm no matter the outcome of the poker championship.

But if he should triumph, he remarked, it won’t be because he’s Jewish. He describes the high ratio of the tribe as pure coincidence in a sea of randomness. Too many players are drawn to the game for too many reasons, he said, to link it to culture.

“There could just as easily have been four Asian guys,” he added.

Among the Jewish entrants, 29-year-old Buchman is one of the more experienced, having played eight years professionally and earning $900,000 before his $1.2 million award for climbing to the championship round.

Rounding out the table this year are Phil Ivey of Las Vegas, an African American who many observers believe is the best player to never have won the Hold ’Em title; Antoine Saout of Saint Martin des Champs, France; Joseph Cada of Shelby Township, Mich., and James Akenhead of London. Darvin Moon, a logger from Oakland, Md., will begin play as the chip leader for what the industry calls the November Nine.

Binding every player, no matter what nationality or religion, Begleiter pointed out, was luck. “We all had our share of good fortune in getting here,” he said. “The Red Sea definitely parted for me a couple of times.”