Losing Support and Suffering Defections, Labor Party Is in a ‘Struggle for Life’ 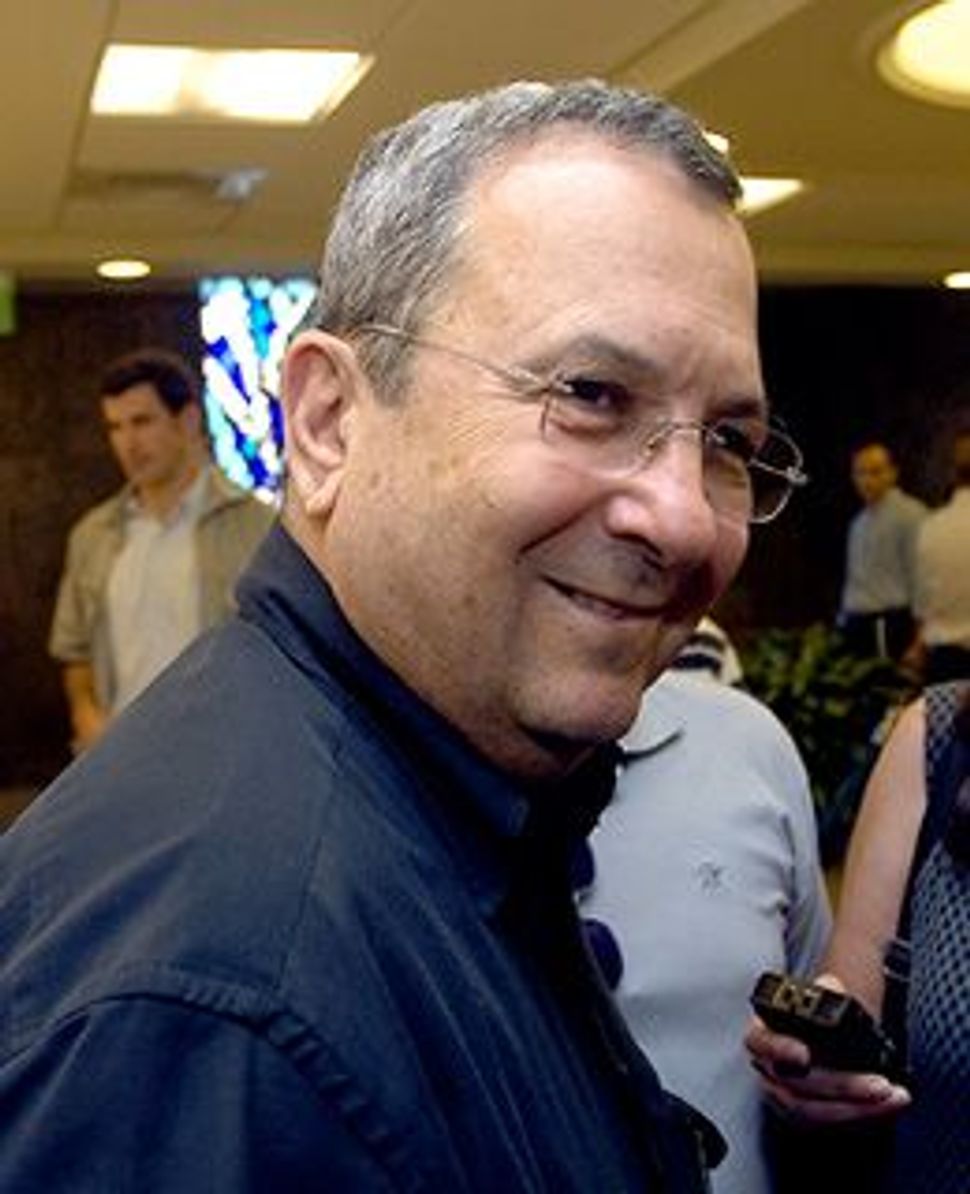 Struggling: Labor leader Ehud Barak is increasingly isolated in his own party. Image by GETTY IMAGES

With a new poll putting its support at an all-time low, and its leader, Ehud Barak, more isolated than ever, Israel’s Labor Party is now in for the fight of its life. 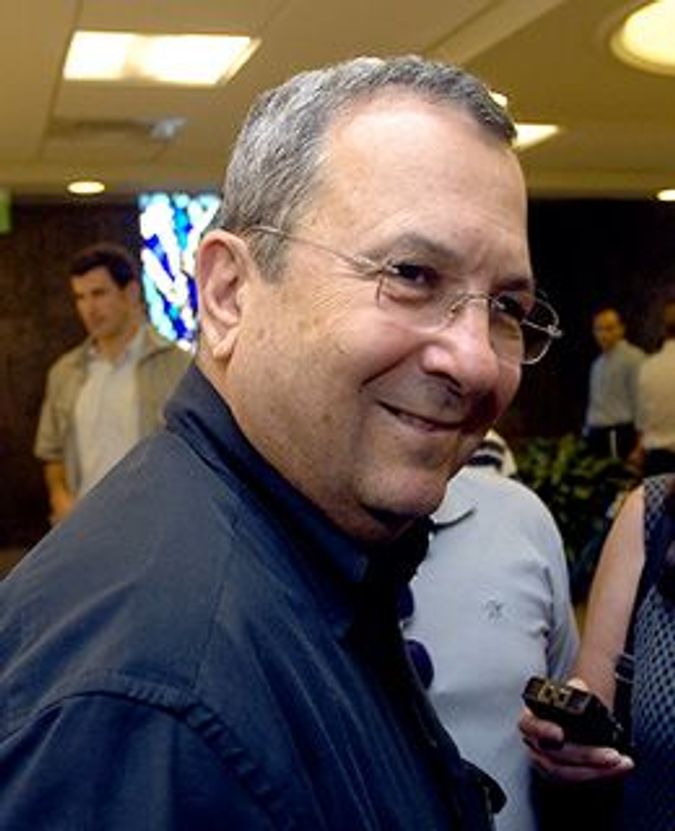 Struggling: Labor leader Ehud Barak is increasingly isolated in his own party. Image by GETTY IMAGES

The dominant political faction for the State of Israel’s first three decades, Labor was embarrassed by its performance in February’s general election — with its representation dropping to 13, from 19, of the chamber’s 120 seats.

According to an October 23 survey published in the Israeli daily Yediot Aharonot, the party’s support is nearly half of what it was when Israel went to the ballot box in February. If the elections were held today, pollsters reported, Labor would win just seven seats.

Barak is reeling after Daniel Ben-Simon, chair of the Labor Knesset faction, turned on him. Ben-Simon was responsible for trying to get the lawmakers — many of them ill-disposed to take orders from Barak after he ignored their objections and joined Benjamin Netanyahu’s hawkish coalition — to vote according to his instructions. But on October 18, Ben-Simon resigned from his position as faction chairman, saying that Barak is unsuitable to lead a dovish party.

“The man heading Labor is responsible for the outposts,” Ben-Simon said at the press conference where he announced his resignation. “I cannot accept that.”

Instead of arguing that he is still a left-winger, Barak responded by going after the left, claiming that it has lost sight of the difficulties of reaching a peace agreement. “The left is acting like a small child that says, ‘I want peace,’” he said at an October 26 Labor faction meeting. In a sign of the times, only six lawmakers attended the meeting.

Analysts say that the situation facing Labor is serious. “This is the struggle for life,” said Eran Vigoda-Gadot, head of the political science department at Haifa University. He predicts that the party will go into a state of hibernation for at least four years, lying low as a political force, and playing the role of a minor coalition partner, as it waits for new leadership and an opportunity for a comeback. “This was the party that established the State of Israel, and it is now in one of the deepest crises you can imagine,” he said.

After the general election, seven of the 13 Labor lawmakers were against joining the hawkish coalition, but Barak went in anyway. Four of the lawmakers reacted furiously. One of them, Ophir Paz-Pines, declared that party icons David Ben-Gurion, Golda Meir and Yitzhak Rabin were “turning in their graves.” When it has come to Knesset votes, the four have conducted themselves as independent lawmakers.

Unfortunately for Barak, the breakaway of these four from his authority was just the start of his internal battle. His one-time close ally Eitan Cabel not only became one of the rebel lawmakers, but also one of Barak’s most vocal critics — claiming, in an interview with Israel Radio, that Barak “led the Labor Party to the greatest and most severe failure in its history.”

Last May, Cabel resigned as the party’s secretary general.

Through his growing isolation, Barak could rely on the loyalty of his coalition chairman. But when Ben-Simon announced his resignation, his claims echoed Cabel’s.

Ben-Simon wrote in the Israeli daily newspaper Haaretz, justifying his decision to resign, that he recently said to Barak: “Look, Ehud, there is no peace process, there are no negotiations, there’s no settlement freeze or outpost evacuation. We haven’t done anything we promised the public.”

According to Ben-Simon’s account of the recent conversation: “[Barak] said we have no partner, that there’s no one to talk to. I remembered that nearly a decade before, when we heard similar lines from Barak, they sank the country into despair and brought a series of misfortunes in their wake.”

Inside the Knesset, there are now rumblings of discontent among Labor’s government ministers, who have stood by Barak. Avishay Braverman, initially one of the seven opposed to joining the coalition, eventually supported Barak’s decision after being lured with the post of minority affairs minister. Together with Ben-Simon and Welfare Minister Isaac Herzog, he recently tried to persuade Barak to jump-start talks with the Palestinians. He failed and, on October 24, he declared at a party event in Modi’in, in Central Israel. “With no diplomatic horizon, the party has no right to exist.”

Analysts say that Labor’s downward spiral in the polls, the split between Barak and Ben-Simon, and tension between Barak and other lawmakers are symptoms of the same problem. It is a growing disconnect between Barak, who, as defense minister, directed the military operation in Gaza last winter and has since signed off building permits for the settlements, and his party’s traditional devotees, whether politicians, activists or voters.

Until now, the Labor Party rebels have not had the option of starting their own breakaway faction, as rules stipulate that a breakaway party needs one-third of a faction; however, if the rebels can convince Ben-Simon to go in with them, they will be able to go it alone.

Analysts point to the possibility of a breakaway to form a new party by rebels — or even by Barak. Other options include the defection of some lawmakers to Kadima and the defection of Barak to Likud. Sandler believes that all these are possible, saying that while the last option sounds unlikely, stranger things have happened in Israeli politics. “He’s closer to Likud than to Labor,” Sandler added.

Losing Support and Suffering Defections, Labor Party Is in a ‘Struggle for Life’