Human Rights Watch Debates Its Mission With a Founding Critic 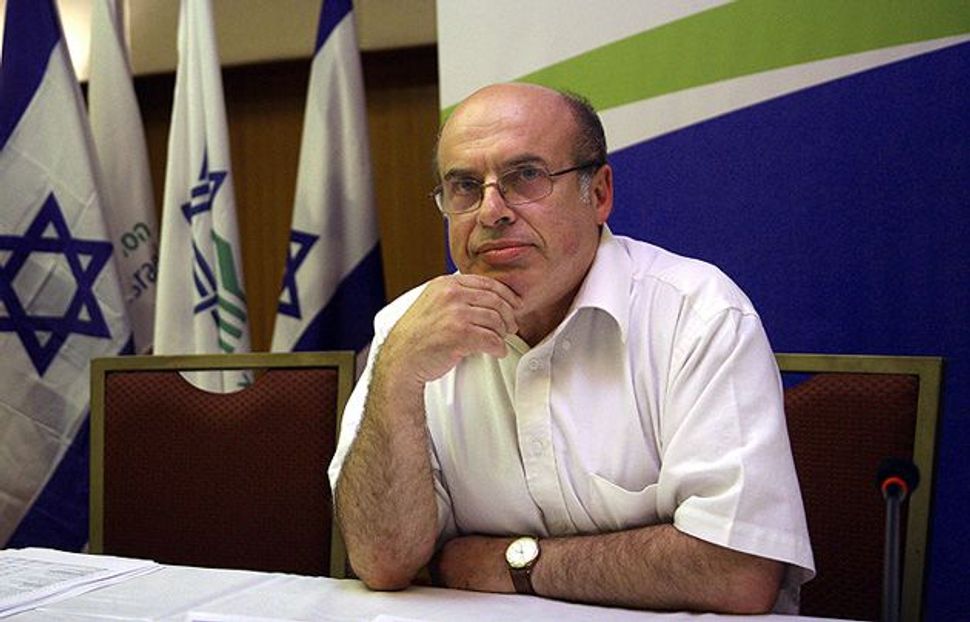 When Human Rights Watch’s founder took to the op-ed page of The New York Times to denounce his own organization’s record on Israel, he provided powerful validation to critics who have been stepping up their attacks on the human rights group over the past year. “I must do something that I never anticipated: I must publicly join the group’s critics,” wrote the former chairman and acknowledged father of HRW, Robert Bernstein.

The content of Bernstein’s critique, however, didn’t come as a surprise to his longtime HRW colleagues, even if some were taken aback by his vehemence and choice of venue. For years now, Bernstein has been defending Israel behind the scenes at HRW board meetings against what he considers to be unfair treatment at the hands of the organization he started.

The crux of Bernstein’s argument is that HRW has betrayed its original mission — “to pry open closed societies, advocate basic freedoms and support dissenters,” as he described it in his October 19 Times essay. There is now, he argued, too much emphasis on scrutinizing open societies, which are capable of monitoring themselves.

According to Bernstein, this trend had particularly skewed the organization’s work in the Middle East. HRW’s reporting was “helping those who wish to turn Israel into a pariah state,” while the “brutal, closed and autocratic” societies of the Arab world were “being ignored.”

“You can’t cover everything,” Bernstein said in an interview with the Forward. “So you have to make choices. Once you make choices, you are political, whether you want to be or not.”

Originally named Helsinki Watch, the New York-based human rights group was founded in 1978 to monitor abuses in the Soviet Union and Eastern Bloc countries. But many of those who started the orga- nization with Bernstein don’t think its guiding principles have changed. In their eyes, it’s Bernstein who has undergone a transformation.

“I think his attachment to Israel has clouded his vision when it comes to Human Rights Watch and its initial mission,” said Jeri Laber, who helped found the group and has served in the past as its executive director.

In April, according to an HRW spokesperson, Bernstein, who remains an emeritus board member, proposed that the group restrict its reporting only to closed societies. The proposal was unanimously rejected. From that point on, Bernstein’s friends say, they assumed it was only a matter of time before he would make his criticism public.

Bernstein’s broadside comes amid heightened tensions between HRW and many supporters of Israel. HRW has been strongly critical of Israel’s conduct of this past winter’s military operation in Gaza. It has also offered its support to the findings and recommendations of the U.N. inquiry led by Richard Goldstone into the Gaza conflict — a report that Israel and its allies have adamantly denounced.

The charge against HRW has been led by the Jerusalem-based NGO Monitor, which has alleged a pattern of bias in HRW’s reporting on Israel and has pointed to the past pro-Palestinian activism of some of the staffers in the group’s Middle East/North Africa division. Last month, HRW suspended Marc Garlasco, a senior military expert, when it was revealed that he is an avid collector of Nazi memorabilia.

Bernstein, a New York publishing eminence, and editor in chief of Random House for 25 years, started Helsinki Watch along with Aryeh Neier and Orville Schell.

The 1975 Helsinki Accords had committed all signatories (including the Soviet Union and its satellite states along with Western Europe and America) to respect certain human rights principles. When a group of Moscow dissidents, including refusenik Natan Sharansky, started a group called Moscow Helsinki Watch to catalog the many violations of the accords, most of the activists were exiled or imprisoned for years.

Helsinki Watch began partly as a response to this suppression. With a grant from the Ford Foundation, the idea was to continue the Moscow group’s monitoring work and to support the embattled dissidents. The organization’s focus grew over the years to encompass a much wider swath of the globe than the 35 countries that had signed onto the Helsinki Accords. In 1988, as the Iron Curtain began lifting, the organization changed its name to Human Rights Watch.

Both Bernstein and his critics agree that the organization started with a focus on closed societies, totalitarian regimes that fundamentally disregarded the principles of human rights. Partly as a response to accusations by the Soviet Union that Helsinki Watch refused to look at abuses in Western countries, the organization began documenting human rights violations in the United States and other open societies.

“Early on Helsinki Watch published reports on the United States,” said Neier, a former HRW executive director. “Part of the reason we did that was so when we were trying to shame the Soviets for their abuses, we could be clear that we were also capable of being critical of our own government, and that there would be no adverse consequences that would come to us.”

Bernstein, Neier added, “was a strong supporter of that strategy.”

Bernstein’s account of HRW’s early days is similar. But he told the Forward that when he retired from the organization’s chairmanship in 1998, its reporting had not yet tipped too far toward looking at free societies that already had the institutions to examine themselves.

HRW’s project director, Iain Levine, disputes Bernstein’s characterization. He said that the year Bernstein stepped down, the organization reported on 77 countries, of which 30 were closed societies and 47 were open or partly open.

“This idea that since he’s gone we’ve somehow turned our back on our founding principles to take on open societies, including Israel, it’s simply not true,” Levine said.

Levine also rejected the notion that HRW focuses disproportionately on Israel. The Middle East/North Africa division, he said, takes up 5% of Human Rights Watch’s budget and reports on 17 different countries or political entities. In the past six years, Israel has been the subject of 15% of the division’s published output, Levine said, which he attributes partly to the two armed conflicts that have taken place in the past few years, in Lebanon and Gaza.

Overall, since 2006, Levine said, there have been nine reports examining Israel. In the same time span, he said, the organization put out six reports looking at Hamas, Hezbollah and the Palestinian Authority, and 10 investigating abuses in Saudi Arabia.

Bernstein, however, is not without his defenders. Sharansky, the former refusenik and Moscow Helsinki Watch activist, told the Forward that he considered Bernstein a “comrade-in-arms” and called his New York Times article an “extremely important statement.”

Sharansky, who was recently appointed chairman of the Jewish Agency for Israel, expressed his disappointment in the human rights organizations that were so supportive of him during his own imprisonment in the Soviet Union. Their initial goal was to help people in “non-democratic countries where people who are fighting for human rights have no voice,” he said, but now human rights have become a cover for undemocratic regimes that claim their democratic adversaries are the ones engaged in violations.

“I don’t mind if you describe all that you believe is a violation of human rights, with a hundred pages for Israel and one line about the other countries,” Sharansky said. “But make clear differences between democratic countries, which have these problems, and non-democratic regimes, which deny the very principles of human rights.”

Among those who started Helsinki Watch with Bernstein, some expressed sadness that this issue had drawn a line in the sand between themselves and an old friend.

“I sympathize with Bob’s feelings about Israel. I share them,” Laber said. “I do not want to see Israel wiped off the face of the earth personally, and I feel very strongly that Israel is in many ways beleaguered and surrounded.”

Bernstein, for his part, said he intends to keep writing about the issues he raised in his Times opinion article. And he rejects the accusation that his devotion of Israel has led him to compromise his principles.

“The easiest way to dispense with an argument is by saying that somebody is either pro-Israel or pro-Palestinian,” Bernstein said. “I’m just going to try and come off as pro-human rights. Simple as that.”

Human Rights Watch Debates Its Mission With a Founding Critic