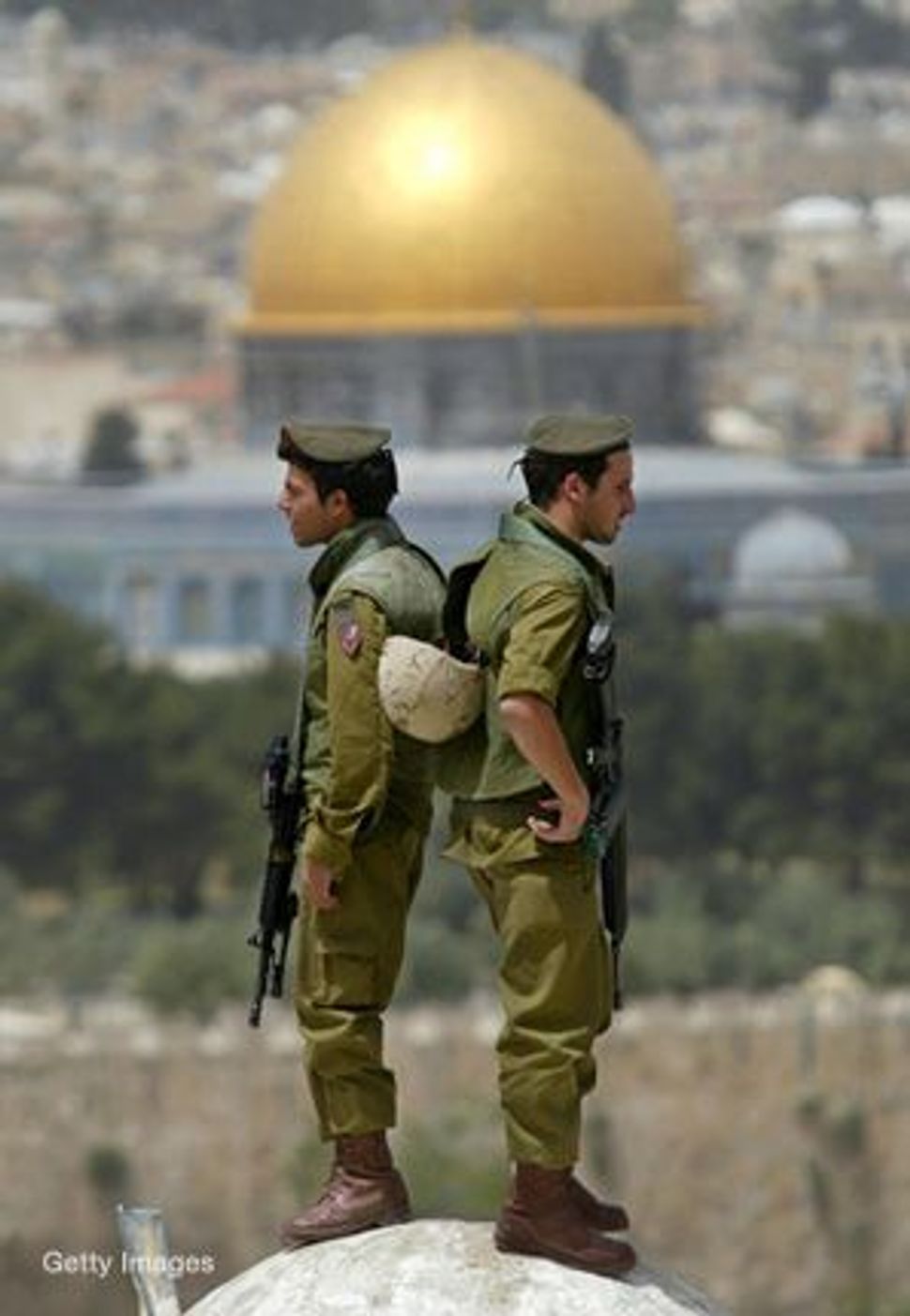 Washington — Jerusalem, the perennially divided city, is again becoming a central point of contention as Israelis and Palestinians prepare for the first serious peace discussions in years. 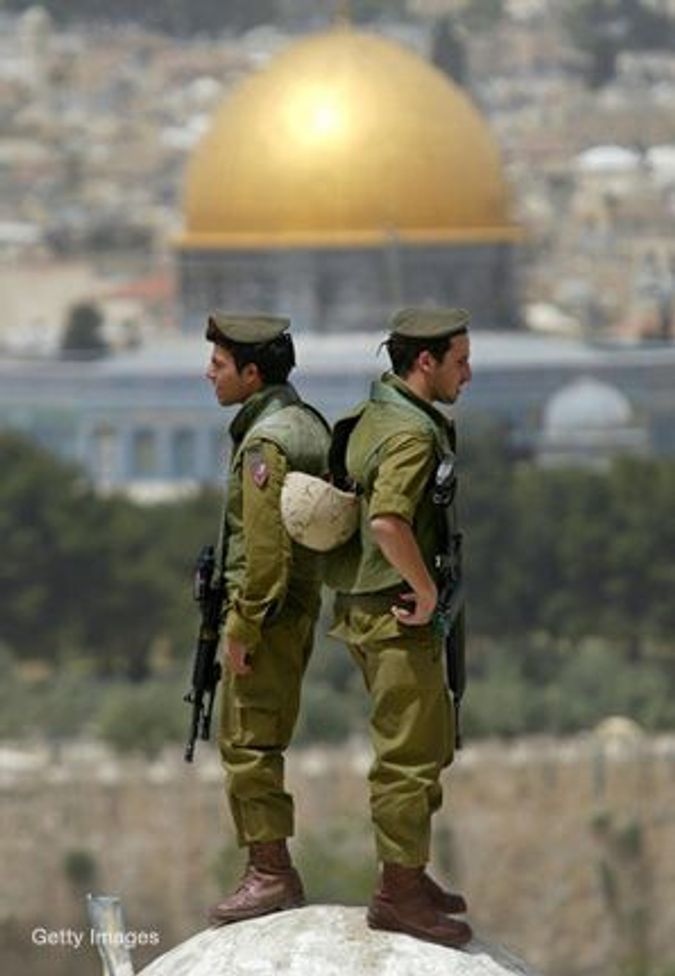 Last Monday, one of Prime Minister Ehud Olmert’s closest allies, Haim Ramon, brought the issue into the open when he suggested in an interview that Israel would be willing to cede some parts of Jerusalem to the Palestinians.

Ramon’s move inflamed hawkish Jewish activists in Israel and America, but it comes after months of behind-the-scenes activity. Sources told the Forward that over the past few months, American officials have pressed Israel on the issue of settlements around Jerusalem out of fear that they could hinder the peace process.

Ramon’s comments gave some indication that the Israelis have been listening.

“I agree that all the Palestinian neighborhoods except the Arab neighborhoods in the holy basin would be transferred” to Palestinians, Ramon said in a radio interview. The remark was the boldest public statement by an Israeli leader about the future of Jerusalem since the government of Israeli minister of defense Ehud Barak broached the issue in the 2000 Camp David summit.

Ramon’s remarks come as Israel is preparing for a peace conference set to take place next month in Annapolis, Md. Jerusalem is one of a few of what are known as final-status issues that have come up in all past peace talks. Israel has resisted directing the November conference at final-status issues, but Ramon’s comments suggest this may be changing.

The debate over the sovereignty of Jerusalem is millennia old. Israel took control of the eastern part of the city in the 1967 War. In past peace process negotiations, Jerusalem has been a point that leaders have preferred to put off until the last moment. Yitzhak Rabin left it out of the Oslo Accords, and succeeding Israeli leaders have avoided the topic, fearing its political implications. Barak was the first Israeli leader to discuss the future of the city during the 2000 summit. At the time, it was proposed to split up Arab and Jewish neighborhoods and make special arrangements for the Holy sites in the Old City. The United States has already stressed its wish to see the conference deal with all “core issues” of the conflict, including the future of Jerusalem. Washington has indicated that it will not allow either side to delay entering discussions over final-status agreements.

Sources told the Forward that as recently as last month, American diplomats have told Israelis that Jewish construction around Jerusalem could have the effect of “impeding Palestinian contiguity” and will complicate future negotiations between Israelis and Palestinians. In particular, American officials raised concerns with the route of the separation barrier around Jerusalem and with plans to build in the E1 corridor, connecting Jerusalem with Israel’s biggest settlement, Ma’ale Adumim. The diplomats also raised their concern over a recent approval of the Matityahu East settlement, which was made retroactively by the Israeli civil administration.

Similar concerns, regarding both the building in Jerusalem and illegal settlements, were also raised by Undersecretary of State Nicholas Burns when he met with Barak this past summer. In recent meetings between the Israeli and Palestinian leaders, Palestinian President Mahmoud Abbas has demanded that the document being drafted before the Annapolis meeting reflects all the core issues of the conflict, including the status of Jerusalem, and that the summit will end with a timetable for opening discussion on all the final-status problems.

“I believe that Jerusalem is one of the easiest issues to be resolved among reasonable people,” Ambassador Afif Safieh, the Palestine Liberation Organization representative in Washington, told the Forward.

According to Safieh, the basic outlines of a settlement on Jerusalem were already agreed on in the 2000 summit: two capitals for two nations with arrangement for the holy places and a land swap that will enable Israel to keep part of the settlements around the city.

“A formula is doable, and I believe we can move fast toward that,” Safieh added.

Last week, Americans for Peace Now hosted Israeli lawyer Danny Seidmann. He is consul to Ir Amim, a group working for an agreed settlement between Israelis and Palestinians in Jerusalem.

In a series of meetings on Capitol Hill and with administration officials, Seidmann, a leading expert on settlement activity in and around Jerusalem, spoke of the need to provide Palestinians with practical steps toward the division of the city.

Seidmann suggested the reopening of the Orient House, which used to house the Palestinian offices in Jerusalem. He also said Israel should allow Abbas to hold political and diplomatic meetings in Jerusalem.

“If measures like this are taken in Jerusalem, it will echo throughout the Palestinian Authority and will take the wind out of Hamas’s sails” Seidmann said in an interview last week.

The Israel Policy Forum, a dovish group, sent Secretary of State Condoleezza Rice a “guide for a successful November international conference,” which recommends that the statement coming out of the conference include a call for the division of Jerusalem. The paper is signed by four former American ambassadors who played key roles in shaping American policy toward the Middle East in the past decades.

The discussions about dividing Jerusalem, though, have not gone over well with hawkish Jewish groups.

The Orthodox Union wrote a letter to Olmert expressing “deepest concerns” over Ramon’s suggestions regarding the future of Jerusalem.

“We cannot state strongly enough our belief that the government and people of the State of Israel hold Yerushalayim in trust for the Jewish people no matter where they live,” read the letter, which also ran as an ad in The Jerusalem Post.

Rabbi Tzvi Hersh Weinreb, the O.U.’s executive vice president, told the Forward that the group is now considering what additional steps to take. “Unfortunately, the Jewish public is not well-enough informed on Jerusalem,” Weinreb said. “We will try to educate people on this issue.”

The biggest problem for Olmert and Ramon is not Jewish groups but the Israeli public. A Yediot Aharonot poll published Tuesday found that 63% of Israelis believe their government should not compromise on Jerusalem. This poll seems to contradict previous public opinion polls showing a growing willingness among Israelis to reach a deal on the future of the capital. A New Wave poll in July found an overwhelming majority of Israelis supporting the transfer of Arab neighborhoods in Jerusalem to Palestinians and a division deal based on Israeli control over the holy basin.

In an effort to close some of the gaps, Rice is expected to embark on another round of talks with Israelis and Palestinians next week. President Bush, according to Palestinian sources, told his Palestinian counterpart, Abbas, when the two met in New York last month, that he is “growing increasingly impatient” with the lack of progress in the peace process.

As Rice prepares to leave for the Middle East, sources informed on the content of American-Israeli talks said that she is not pressuring Israel on the issue of Jerusalem but is rather more generally stressing the need for both sides to take on the fundamental issues of the conflict.

Rice already held several meetings with Jewish leaders and is scheduled to meet other individuals and groups in the upcoming weeks. In these meetings, according to sources in the Jewish community, Rice is outlaying her expectations from the Annapolis summit without going into the details of the agreed document that is expected to precede the meeting. “She’s trying to calm people’s concerns,” one Jewish official said.