The Teapacks Push the Envelope 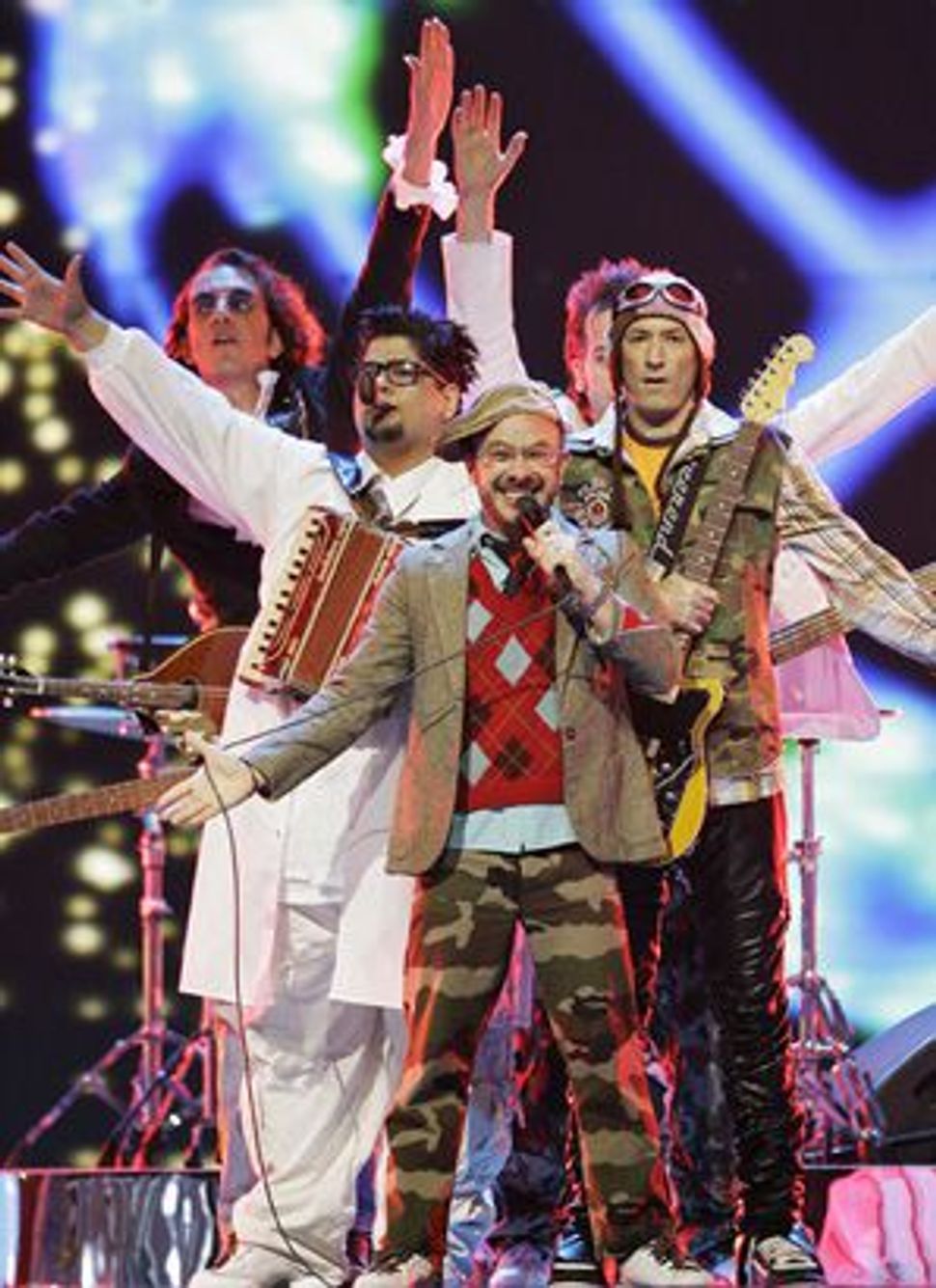 This past May, the Israeli band the Teapacks were eliminated in the semifinals of the Eurovision song competition, along with bands representing 17 other countries. Their elimination capped a months-long saga in which pop music collided with geopolitics, garnering international headlines for the six-member, ska-inflected group originally hailing from the now-embattled town of Sderot. 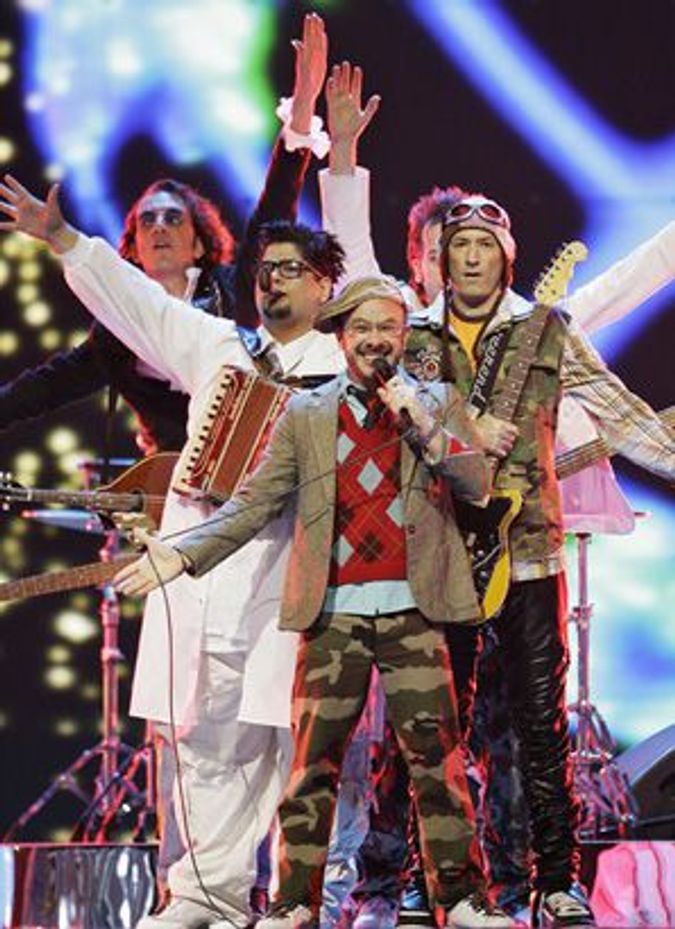 Some Eurovision organizers had initially threatened to ban the Teapacks, Israel’s entry in the international song contest contest, due to the content of the band’s nominated song, “Push the Button.” The multilingual song seemed to reference Iran and its nuclear ambitions with its verse, “There are some crazy rulers/They hide and try to fool us/With demonic, technologic willingness to harm.” And then the chorus: “They’re gonna push the button, push the button!” One organizer cautioned, “It’s absolutely clear that this kind of message is not appropriate for the competition.” Ultimately, however, the band was allowed to participate.

The song is a frantic hodgepodge of hip-hop, klezmer and French cabaret sang in French, English and Hebrew. The band’s aesthetic consists of bright red sweaters, brown tweed jackets and matching caps. The song is delivered with an explosive sound that calls to mind the best bands on the Warped Tour.

While the band’s frontman has protested that the song is “apolitical,” the comments left on the band’s YouTube page suggest that few people see it that way. They read like a virtual fight club, complete with hundreds of unpublishable explicatives.

Neko6: “The song seems to be pacifist, I wonder how it can even be interpreted to be pro-war – he’s crying about how he doesn’t wanna die, but all sorts of crazy leaders in the world can push the red button and kill him.”

Francogiovanni: “no, these political songs belong elsewhere. NOT in the Eurovision song contest! Familys watch this program their small children. its not right!”

Golfertig: “great song! And all you muslim terorists [sic] can shut up!”

Hatemyneighbors: “You can just read the hatred between the people here.”

Although they failed to win Eurovision, the Teapacks may have unwittingly accomplished something else entirely — they started a discussion. While that interaction is often adversarial, and not infrequently vicious, it’s still the rare pop song that gets people thinking, and debating, across hostile frontiers. That’s why, to quote YouTube poster Telitothejudge, “This song is a breath of fresh air.”

The Teapacks are playing October 21 at New York’s Highline Ballroom as part of the Oyhoo Festival. Watch the Teapacks Eurovision performance here:

The Teapacks Push the Envelope