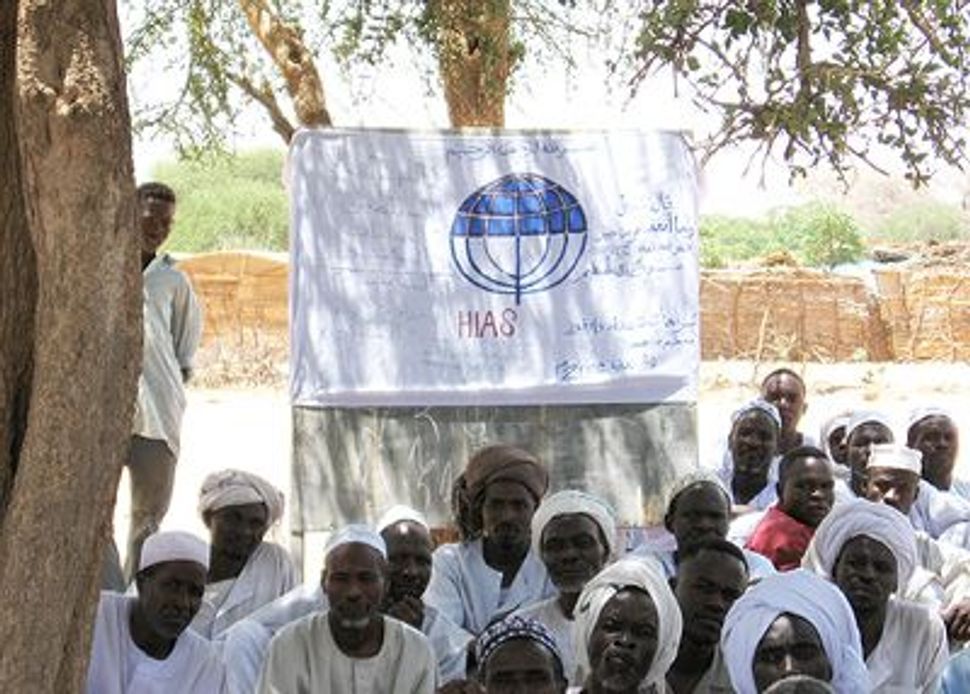 Refugees: The Hebrew Immigrant Aid Society runs programs and classes at its five camps for Darfuri refugees in Chad. Image by COURTESY Of HIAS

When Sergey Brin, co-founder of Google and now the 26th richest man in the world, left the Soviet Union as a 6-year-old Jewish refugee in 1979, it was the Hebrew Immigrant Aid Society that secured American visas for him and for his family and settled everyone into a new home. 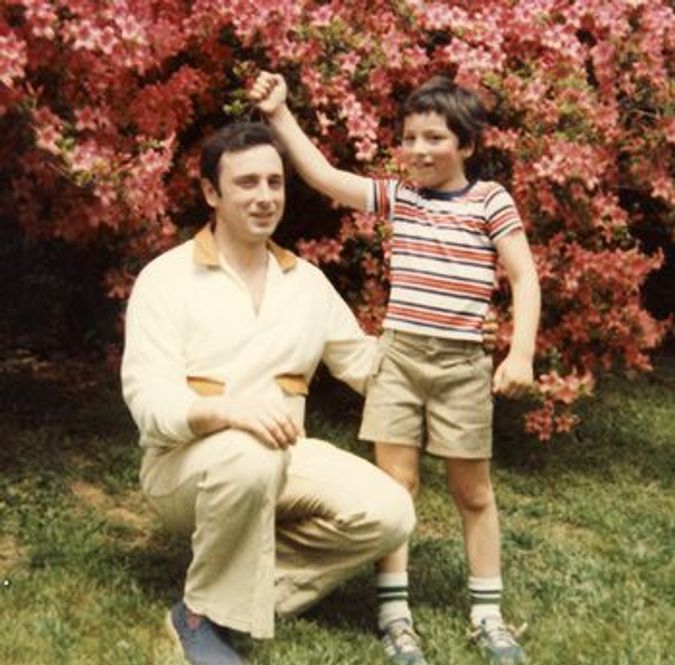 Welcome to America: Sergey Brin, 6, poses with his father, Michael, in Washington during the spring of 1980. Image by COURTESY OF THE BRIN FAMILY

What HIAS did for Brin, it did for tens of thousands of Soviet Jews. It was another twist in the life of an organization that has been around since 1881 and has transformed over the decades to meet the changing needs of Jews running away from persecution — from those who fled czarist Russia to those escaping today from Mahmoud Ahmadinejad’s Iran. As Brin announced recently, it is for helping his family to, as he wrote in his blog, “start life anew in this land” that he is giving HIAS an unrestricted gift of $1 million on the 30th anniversary of his own arrival in the United States.

The gift has put a renewed spotlight on HIAS. The agency has also been in the news for its role in the controversial resettlement of the last remaining Jews of Yemen. After a turf battle last summer that involved United Jewish Communities and the Jewish Agency for Israel, each claiming authority over where the Yemeni Jews should live, the first group, of about 60, is being resettled, with HIAS’s help, in the suburbs of New York City.

The HIAS of today, however, is very different from the organization that helped Brin. The large-scale migration of Soviet Jews was in fact the last great wave of Jewish refugees that HIAS assisted. Since then, the agency has adjusted its mission and altered itself radically to fit a world without major Jewish refugee crises. In many ways, it has met the challenge — one faced by many Jewish organizations — of staying relevant in the changing realities of the 21st century. In the past few years, HIAS has moved beyond its narrow focus on Jewish refugees alone and refashioned itself into a defender of immigrant rights. 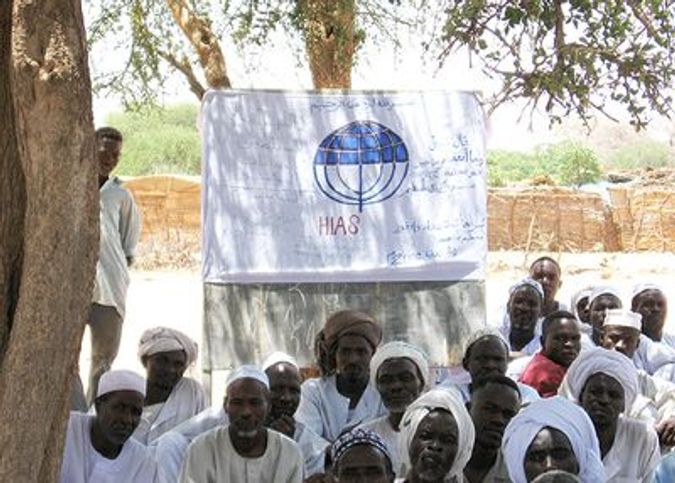 Refugees: The Hebrew Immigrant Aid Society runs programs and classes at its five camps for Darfuri refugees in Chad. Image by COURTESY Of HIAS

Its caseload of immigrants has dropped dramatically from the tens of thousands of former Soviet Jews who arrived in the late 1980s and early ’90s. In all of last year, HIAS added only 2,000 refugees to its files. And, most surprisingly, the vast majority of them are not Jews.

In a departure from its storied history, more than 80% of those assisted and resettled by the agency are now Darfuri and Somali refugees, Burundians and Burmese, persecuted minorities from Iran and a plethora of other nationalities.

“Over the last seven years, the ratio of Jewish to non-Jewish caseload has shifted,” said Gideon Aronoff, who has been president and CEO of HIAS since 2006. “This gives us a chance to serve our community’s values that call upon us to welcome the stranger, while at the same time it’s crucial for us to do this in order to have the capacity to resettle Jews today or Jews that will come in need tomorrow.”

And HIAS spends about as much time and energy these days on Capitol Hill advocating for immigrant rights as it does on resettlement and refugee services. Lobbying for immigration reform — another new role for the agency — is also part of the way the organization is transforming.

HIAS’s objective, according to Aronoff, is to keep itself viable and keep America’s arms welcoming in case it ever again has assist Jews in need. In the meantime, it is applying its skills and network to the refugees of today.

The agency is a much scaled-back version of what it once was. In 1989, according to Roberta Elliott, HIAS’s vice president of media and communications, as many as 350 people worked in the New York office alone, including 80 in the resettlement department. Today, the agency has a total of 65 staffers throughout the United States, and only seven working on resettlement. More HIAS staffers are based in various refugee processing centers all over the world.

The new mission is also one endorsed by Eugenia Brin, Sergey’s mother, who now sits on HIAS’s board.

“Since there is always an unknown in the lives of Jews anywhere but the United States and Israel, I have a feeling that HIAS as an organization has to be preserved,” Eugenia Brin said. “There is no huge migration of Jews right now from anywhere, but in order for HIAS to be ready in case something happens, it really needs to be there. It’s also just a good deed to help other migrants.”

Eugenia Brin is in charge of a new social-networking section of the HIAS Web site devoted to bringing together Soviet Jewish immigrants and giving them a forum to share their stories of struggle and arrival. The files of HIAS are also being digitized.

Sergey Brin’s gift, according to Aronoff, will go to help those parts of the agency’s work that are not funded by such external sources as the United States government or the United Nations, which cover the costs of refugee resettlement. HIAS is one of nine agencies (plus the state of Iowa) that are contracted to do this resettlement work.

A portion of the money will go to help the lobbying effort, which is now sustained by a staff of four in Washington.

According to Greg Siskind, an immigration lawyer based in Memphis, Tenn., who has served on HIAS’s board and is heavily involved with the immigration policy debate, the agency’s role in Washington is significant and growing. “HIAS has an even more considerable impact than its size and budget and refugee resettlement population might indicate,” Siskind said.

Siskind specifically singled out HIAS’s work on the issue of religious worker visas, which provide a means for foreigners involved with religious institutions to stay in the United States. Siskind called this “bread-and-butter Jewish emigration work” because of its role in securing visas for rabbis, cantors and Jewish day school teachers. He said that HIAS negotiated with the government over the regulations for this particular visa, using the credibility it had accrued over the years.

HIAS has a storied past, which Steven Bayme, a Jewish historian at the American Jewish Committee, said was the source of “some of the noblest chapters of modern Jewish history.”

But Bayme said that HIAS, like all Jewish organizations, must adjust to deal with forces of great change. Bayme emphasized that the increased speed of the 21st century demands a shift in tactics, learning how to communicate using new media. But there is also the challenge — a very real one for HIAS, he said — of staying anchored in the Jewish community while still promoting universal principles, such as freedom and human rights.

“HIAS is poised right now, like certain other Jewish organizations, to find a balance between the challenges of the universal and the particular,” Bayme said. “The greatness of American Jewry has always been that we stand at a certain creative edge, being torn between our particular Jewish needs and our universalist imperatives. In terms of our Jewish future, we cannot afford to abandon either one of those poles.”