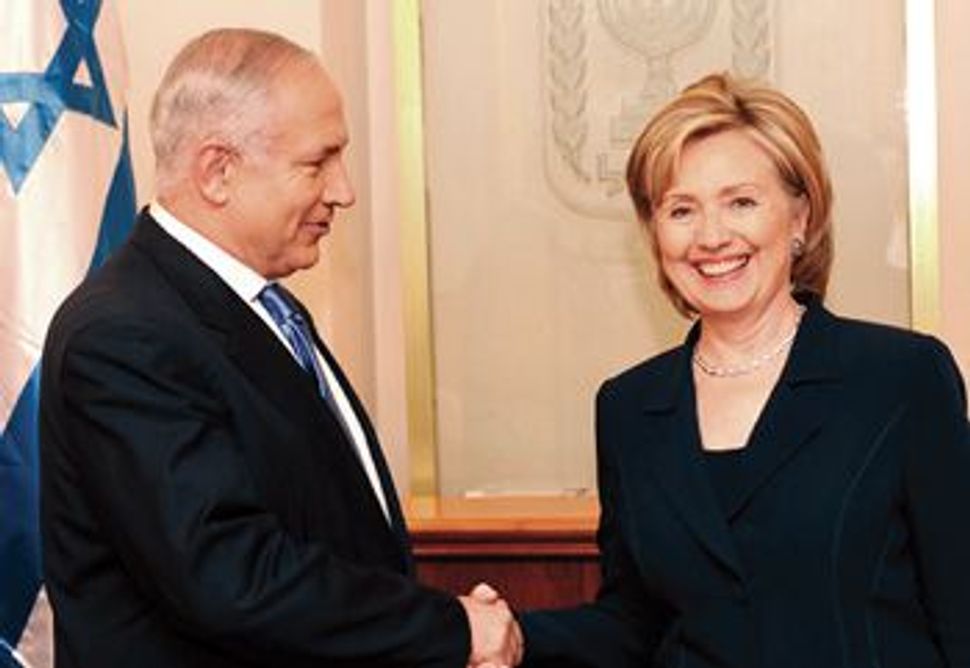 Relations between Washington and Jerusalem are warming, as months-long tensions over West Bank settlements and other issues have gradually eased. 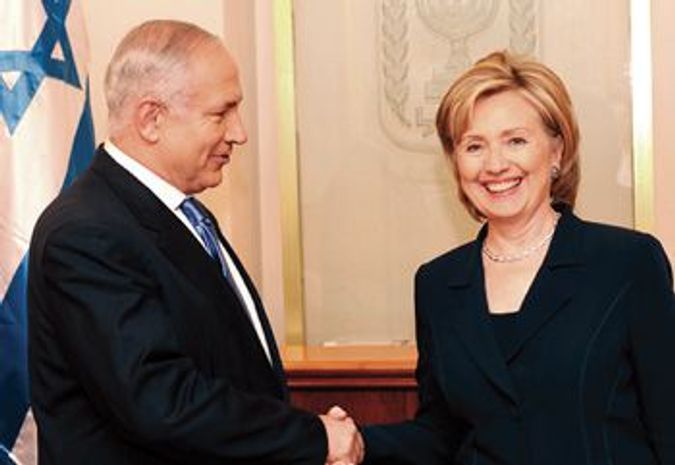 Israeli officials and Jewish communal leaders point to a series of events, including Secretary of State Hillary Rodham Clinton’s praise of Israel’s movement on the settlement issue, and President Obama’s upcoming speech at the General Assembly of Jewish Federations of North America, as signs of softening in the administration’s approach toward the government of Prime Minister Benjamin Netanyahu.

The outreach efforts come as the Obama administration moves away from its initial focus on a settlement freeze and toward a push to re-launch peace talks as soon as possible. This shift takes some of the pressure off Israel and, to some extent, redirects it to the Palestinian side.

“I think they received the message,” said Abraham Foxman, national director of the Anti-Defamation League, of the Obama administration. Foxman, who has been at the forefront of the effort to ease American pressure on Israel, said that “reality has come to Washington” and that Obama and his advisers now understand “that singling out Israel doesn’t work.”

American officials have stressed that the administration’s core opposition to any expansion of settlements has not diminished. But as demonstrated by Clinton’s remarks on the issue, the approach toward a settlement freeze evolved as the administration got deeper into talks with Israelis and Palestinians.

Last May, when the administration’s special Middle East envoy, George Mitchell, intensified his shuttle diplomacy in the region, Clinton described Washington’s demand for a settlement freeze as “a stop to the settlements. Not some settlements, not outposts, not natural growth exceptions.”

On October 31, during her first visit to Israel as secretary of state, Clinton dramatically changed her tone, describing the Netanyahu government’s offer to restrain settlement activity as “unprecedented,” despite the fact that it falls significantly short of her earlier demand for a total freeze. And although two days later in Marrakech, Morocco, Clinton acknowledged that the Israeli offer was not all the United States had wanted, she also stressed that if implemented, it could have a significant effect on restraining settlement growth.

The American Israel Public Affairs Committee issued a statement applauding Clinton for her statements in Israel and accusing the Palestinians of preventing the resumption of peace talks by insisting on a settlement freeze.

The deal proposed by Israel and negotiated with Mitchell in recent months would include a moratorium on new building in all areas of the West Bank settlements for a limited time — probably nine months — and an agreement not to expand the territory of existing settlements or to expropriate land from Palestinians.

An Israeli diplomatic source said that the deal regarding the settlements is “practically done” and that significant progress has also been reached in recent weeks in formulating the terms of reference that would be used when announcing the opening of peace talks with the Palestinians.

But as Israelis celebrate their diplomatic achievement, Palestinians reacted to Clinton’s statements with dismay. Palestinian Authority President Mahmoud Abbas called America’s shift “illogical” and stressed that while the United States may be willing to compromise with Israel on the settlement issue, the Palestinians still view a full freeze as key to entering into negotiations.

“Palestinians are very frustrated,” said Ghaith Al-Omari, advocacy director for the American Task Force on Palestine. “Abbas will have to pay a heavy political price for going into negotiations, and the U.S. needs to find a way to make it more palatable for him.”

Beyond Clinton’s praise of the Israeli approach and the compromise being reached on the settlement issue, Jewish communal officials have noticed a broader pattern of warming toward Israel by the Obama administration. There had previously been a sense among many Jewish communal leaders that the Obama administration was leaning too hard on Israel. That sense was shared in Israel, where an August survey found that only 4% of Israeli Jews viewed Obama as pro-Israel.

“When they saw Obama’s popularity in the Israeli polls plummeting at a time when Netanyahu’s popularity increased, the administration understood this is not the outcome they had expected,” said David Harris, executive director of the American Jewish Committee. According to Harris, Obama was also pushed to change course by senior Democrats in Congress “who very quietly urged the administration to re-tinker their tone.”

Amid calls in both countries for Obama to reach out to the Israeli public, the administration is also ratcheting up its public diplomacy efforts.

On October 21 Obama sent a video greeting to a conference organized in Jerusalem by Israeli President Shimon Peres, and later that month he recorded another video message that is scheduled to be shown during the annual ceremony commemorating the assassination of Prime Minister Yitzhak Rabin on November 7.

In the Israeli press, Obama’s outstretched hand and the administration’s willingness to compromise on a settlement freeze were viewed as a sign of Netanyahu’s ability to stand up to the world’s most popular leader. But Scott Lasensky, senior research associate at the U.S. Institute of Peace, said that Obama’s strength or weakness should not be judged solely on achieving a complete freeze of settlement activity. “An 80% or 90% freeze with some significant monitoring would be unprecedented,” he said.