Jewish Women Lag Behind Men in Promotion and Pay 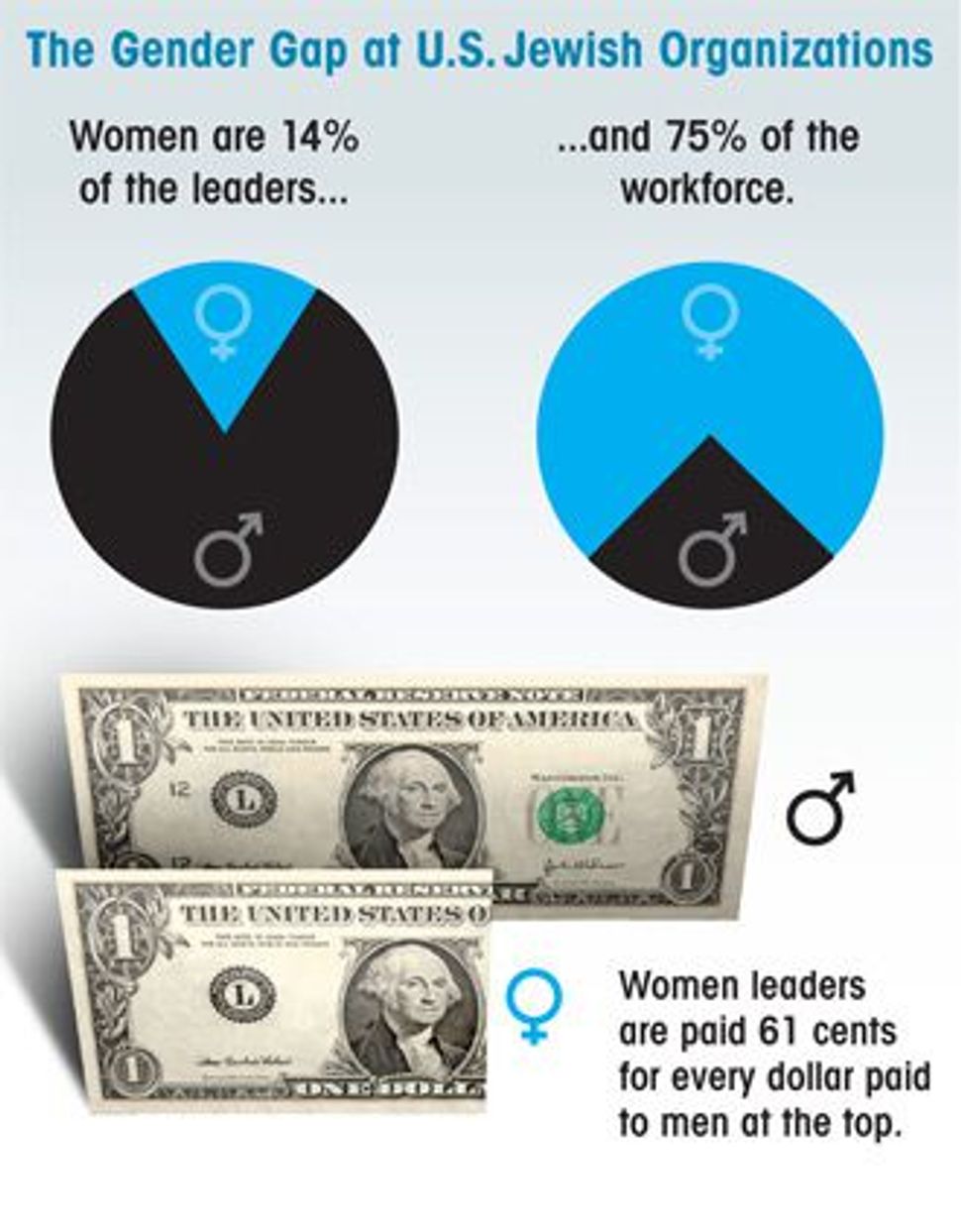 Despite notable gains for women in the past year, a Forward survey of 75 major American Jewish communal organizations found that fewer than one in six are run by women, and those women are paid 61 cents to every dollar earned by male leaders.

The numbers are especially striking when compared with the overall composition of the Jewish communal work force. Women comprise about 75% of those employed by federations, advocacy and social service organizations, and religious and educational institutions, but occupy only 14.3% of the top positions. Of the 11 female leaders identified in this survey, three are in interim roles.

At a time when the American work force is experiencing a dramatic shift in gender composition, and when women are breaking through the glass ceiling in government, business and higher education, leadership of the nation’s charities is still primarily a man’s job. The Chronicle of Philanthropy reported in September that 18.8% of the nation’s 400 largest charities are run by women, even though women make up about two-thirds of the non-profit work force.

“They have a disconnect,” said Shifra Bronznick, founding president of Advancing Women Professionals and the Jewish Community. “We have an even greater disconnect.”

This gap exists despite notable recent breakthroughs. For instance, when Jennifer Gorovitz was named acting CEO of the Jewish Community Federation of San Francisco in October, she became the first woman to lead any of the 18 largest federations in the United States. Since 2008, three other women have become the first to lead their organizations: Rabbi Julie Schonfeld of the Rabbinical Assembly, Ann Toback of the Workmen’s Circle/Arbeter Ring and Sybil Sanchez of the Jewish Labor Committee.

When asked to put these numbers into historical context, Shulamit Bahat, who for decades was in the executive leadership of the American Jewish Committee, said she was “rather stunned” by the statistics. “I thought greater gains had been made,” said Bahat, currently CEO of Beit Hatfutsot of America.

Salary comparisons can be imprecise because no two jobs are truly alike; the size of organizations and the length of service are factors that boards consider when setting compensation for top executives. But these comparisons can serve as a useful window into the level of equal pay and opportunity in the workplace and are a good measure of change over time. 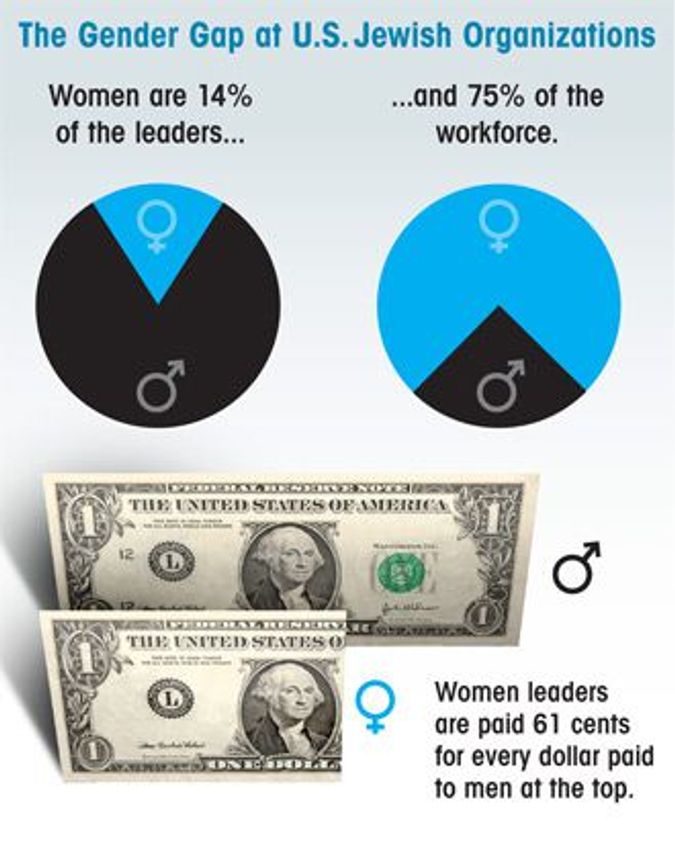 The Forward’s survey was drawn from the most recent public records or, if that information wasn’t available, from the organization itself. The median salary for men was $287,702, while the median for women was $175,211, amounting to a ratio of 61 cents to one dollar. By contrast, the Institute for Women’s Policy Research, in a report last September, found that women working in full-time, year-round positions nationwide earned 77 cents for every dollar a man earned.

Along with the oft-cited reasons for the salary gap — that women tend to cluster in lower-paying jobs, take time off to give birth or to raise children, and are reluctant to demand higher salaries — other factors specific to the Jewish world are cited to explain the difference in pay. One is what communal insiders describe as the familial, sometimes paternalistic nature of Jewish organizations.

Sara Bloomfield joined the United States Holocaust Memorial Museum 23 years ago, and worked her way up to become its director, overseeing 525 employees and an annual budget of $78.7 million. With a salary of $510,798 in 2008, she is the highest-paid woman in the survey. She recalled that in her early days, she had to win over some elderly male Holocaust survivors: “I remember coming up with a solution to a problem, and one of them said, ‘Ah, Sara, you think just like a man!’”

Some observers said there is an assumption that male leaders would be more effective in raising money from Jewish male donors, though others challenged that assumption, especially at a time when donations to federations and to other not-for-profits are down sharply.

“We’ve tended to rely on the same muscle again and again, to talk to the same small number of male donors in the same way,” Bronznick said. “We haven’t learned to talk to those women who have large amounts of money to give away. And not just to talk, to *listen.”

Gorovitz, the first woman to break the glass ceiling in the federation system, concurred, crediting the women who mentored her during her own career. “It is incumbent on us to ensure that we have diversity in our professional ranks, that we are mentoring all our staff equally, so that we have positive role models,” she said in an interview just a few weeks into her new job. “Unfortunately, sometimes the Jewish community is not great at doing this.”

Jewish Women Lag Behind Men in Promotion and Pay