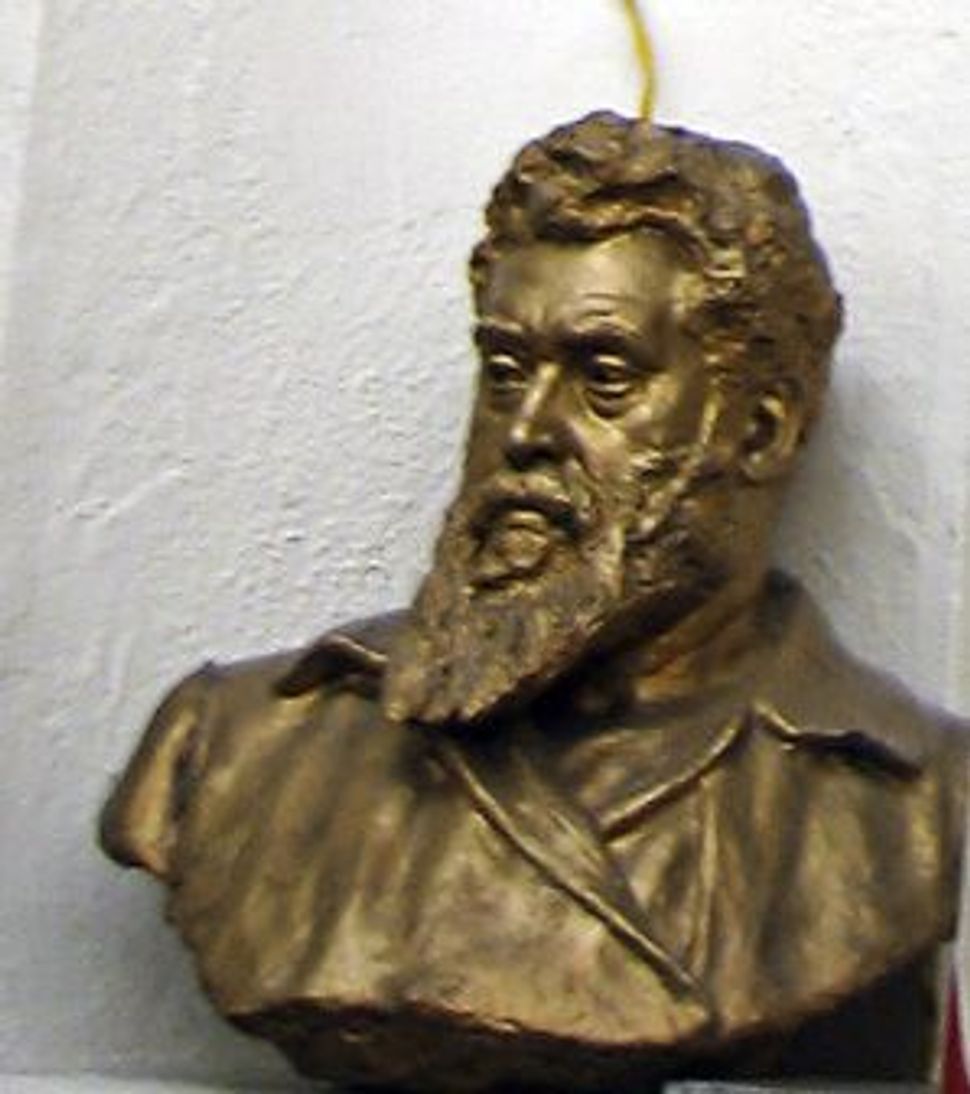 For the past decade, the Yiddish theater district of Manhattan’s Second Avenue has been dark, save for one tiny flicker of activity in a four-story building on East 7th Street. 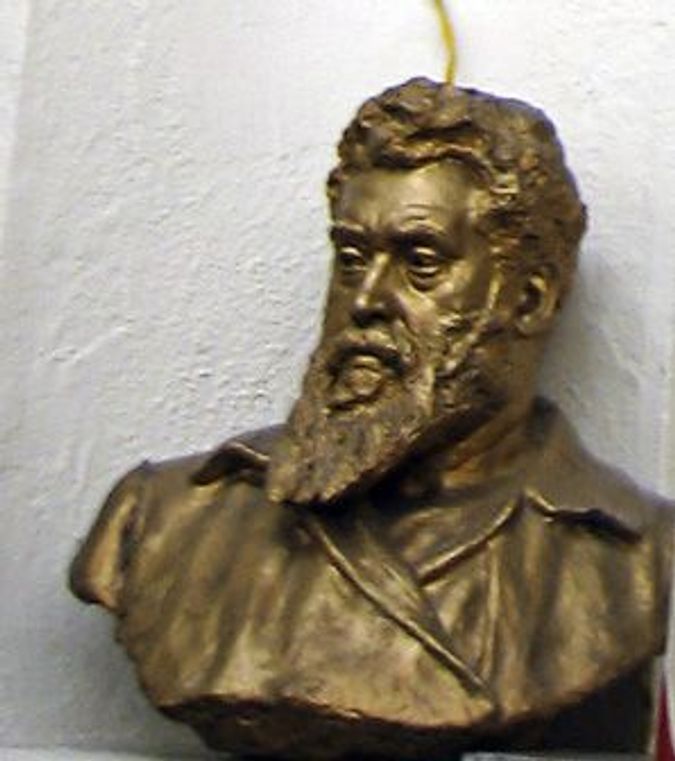 Every few months, the Yiddish Artists and Friends Actors Club would take over the second-floor banquet hall of the Hebrew Actors Union, located on the Lower East Side, serenading the halls with the Yiddish ballads of love and woe once commonly heard in the neighborhood.

But last month, the Hebrew Actors Union told the club that it could no longer use the premises, and Ruth Ellen, the acting head of the union, told the Forward that the building is unlikely to be used in its present form ever again.

“Right now, the building is in very terrible disrepair and it’s going to be sold,” Ellen said. “The whole thing is sad, but everything does come to some kind of end somehow.”

Ellen’s moves toward selling the building have brought to a head the long-standing battle over the modest union headquarters, where generations of actors auditioned for their entrance onto the storied stages of the Yiddish theater. Over the past few decades, most of these former playhouses were destroyed, leaving the Hebrew Actors Union as a lonely remnant.

“The Lower East Side is changing so much,” said Shane Baker, executive director of the Congress for Jewish Culture, while sitting at one of the banquet tables on the second floor. “What’s left? There’s this.”

For years, a group of Yiddish activists and some union members have been pushing to turn the building into a Yiddish cultural center. Now, sparked by Ellen’s latest move, the activists have begun taking their fight into the legal realm.

Hy Wolfe, who joined the union in 1978, has gone to the county clerk to acquire the deeds and title to the building on East 7th Street. The documents he uncovered suggest that the Hebrew Actors Union was somehow unincorporated in the 1950s, raising questions as to whether the union is in any position to sell its own building.

“I will go down fighting,” said Wolfe, who is president of the Central Yiddish Culture Organization. “I will fight them and spend $10,000 on this to make a nickel.”

Ellen acknowledged that there is a legal problem that needs to be overcome before the building can be sold, but she said she is working with lawyers on the matter.

Regardless of the incorporation issue, a number of other members of the union question whether Ellin is in any position to make decisions about the future of the building. Mike Burstyn, who is one of the younger members of the union’s executive board and is also the son of famed Yiddish actors Pesach’ke Burstein and Lillian Lux, said that the union has not had a meeting in years.

“There are members of the union, and we all have to make these decisions together,” Burstyn said. “Nobody appointed her the owner of the building.”

The union has been experiencing a long slide into somnolence. It has not signed on a new member in decades, and in 2005 it was officially decertified by the umbrella organization of theatrical unions. But the union’s treasurer said that the organization still has roughly 85 living members. Ellen said that there is talk of taking the proceeds from the building’s sale and giving the remaining members a modest pension. Given the nature of the real estate market on Manhattan’s Lower East Side — and the dire need for funds in the Yiddish world — the question of where the proceeds will go is a particularly fraught one.

“What I want to know is who will get the money if they sell it,” said Esta Salzman, an actress who joined the union 69 years ago. “Nobody seems to know.”

The passions that have been stirred in this building, and continue to stir today, are evident just up the narrow stairwell inside the modest doorway. The banquet hall is lined with the photographs of the union members who lit up the stage — names like Jacob Ben-Ami and Reyzl Bozik. The front of the room has golden busts of Jacob Gordin and Avrom Goldfaden alongside an American flag with 48 stars. It is here, at the front of the room, that applicants to the union auditioned before the members.

“They wanted a dramatic scene and a comedy scene,” Salzman remembered from her own audition. “In your life, you never met such talent in one place.”

The dispersal of the building’s treasures has been going on for a few years. In 2005, the union’s archives of musical scores and scripts were transferred to YIVO, the Yiddish research institute and archives, with the help of an $186,000 donation from Los Angeles philanthropist Eli Broad.

The archives had been held on the union’s first floor, and today the room looks as though it was hit by bandits in the dead of night. The pedestal where the bust of famed actor Boris Thomashefsky used to rest stands haphazardly in the middle of the room. The cabinets have been left hanging open, and loose sheets of Yiddish script are trapped under the varnish on the wooden shelves. There are still a few stray paintings, and some of the cabinets house orphaned books, including the union’s ledgers and a 1948 Queens telephone book.

But while the Hebrew Actors Union has ceased most of its activity in the building, the Yiddish Artists and Friends Actors Club, a separate entity, has continued to hold quarterly meetings on the second floor. The lectern at the front of the hall still has the notes from the last meeting, in June, detailing appearances by Yiddish legends Fyvush Finkel and Claire Barry. The latter is half of the famed Barry Sisters, and she has continued to perform solo since her sister Myrna’s death in 1976.

“She only moves to one side when she dances — as if her sister is still there,” said Baker, who was at the last meeting.

The club members were in the process of planning for their next meeting, to take place later this month, when they were told by Ellen that the building could no longer host events. Ellen said this week that the union could not fund repairs necessary to make the building safe, and would not be able to until it is sold.

“It’s not for us to run a museum; we can’t even run whatever decrepit place is there,” said Ellen, who played for years on the local stages. In one of her most memorable roles, she played the female lead opposite the famous Maurice Schwartz in his final American appearance before moving to Israel.

Yiddish activists have been talking with philanthropists about putting up money for the building. Burstyn says he has already spoken with Broad, the philanthropist who funded the restoration of the union’s archive. According to Burstyn’s plan, a performance space would be carved out downstairs while the top floors would be reserved for such Yiddish organizations as the Congress for Jewish Culture and the Yiddish Artists and Friends Acrtors Club.

One of the activists involved is Itzik Gottesman, an editor at the Forverts.

While Yiddish theater may be fading, the artists club has actually been drawing growing crowds in recent years. The banquet hall normally holds 90 people, but last Passover, 110 packed the room.

“You cannot believe it, but we’re doing better than we’ve done since I’ve been here,” said Corey Brier, the club’s president.

The primary source of growth is not actors but rather enthusiasts of the Yiddish stage. Brier is in commercial real estate, and Baker is a self-termed “nonpracticing Episcopalian.” Baker first came into contact with Yiddish after stumbling upon a production by the Folksbiene Yiddish Theatre (now known as The National Yiddish Theatre — Folksbiene) soon after coming to New York from Kansas to pursue an acting career.

This being the Yiddish theater, there is a perpetual note of dramatic pessimism even to the young activists. Baker says that one of the stars of the stage, Luba Kadison, used to talk about Yiddish enthusiasts and say, in Yiddish, of course: “They’re rocking a dead child to sleep.”

“Arthur Tracy got up at the ripe old age of 90 and sang ‘Pennies From Heaven.’ That was his last performance,” Baker said. “That’s what you got in this place.”