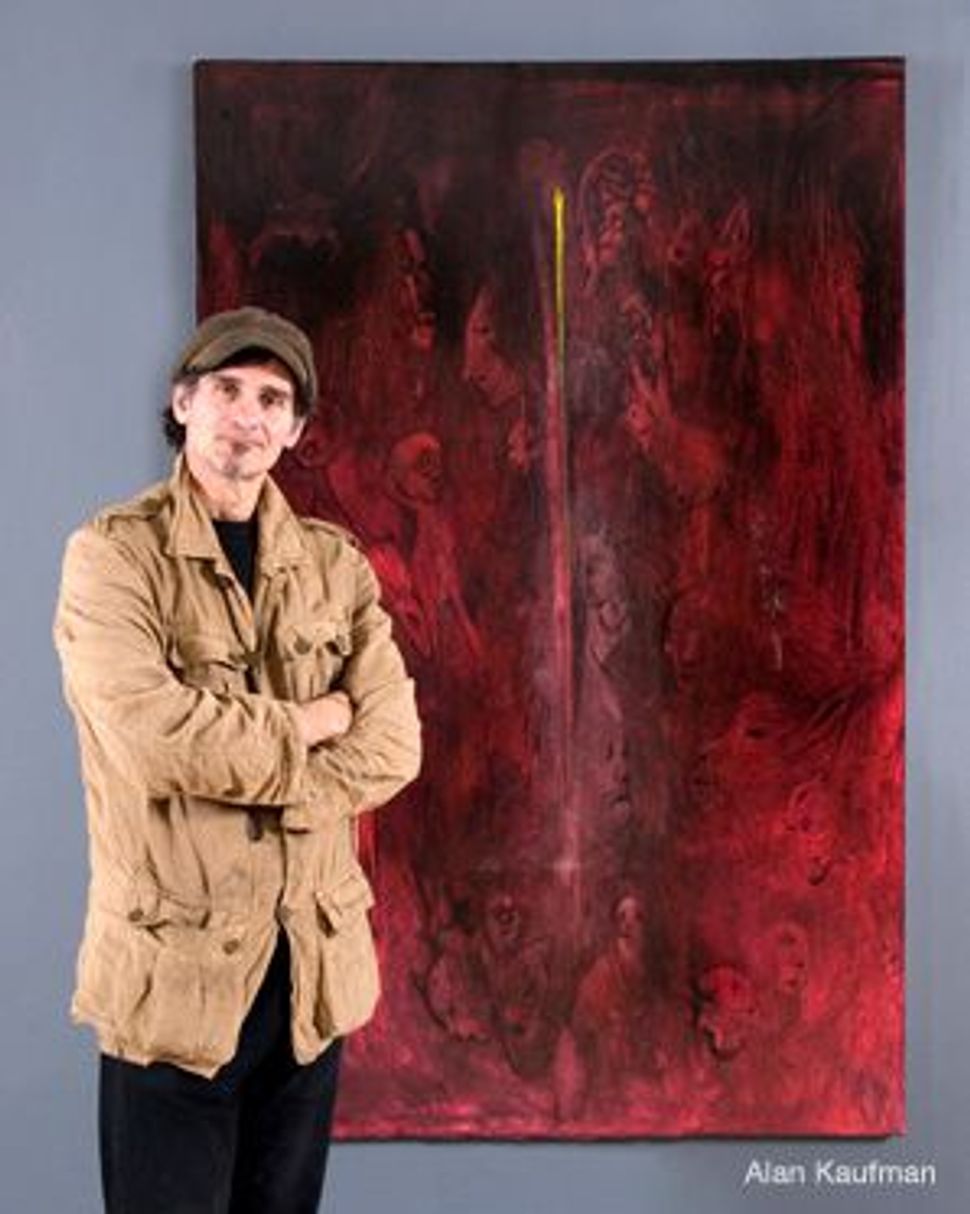 Oakland, Calif. – Over the past few months, the City by the Bay has become the city in the fray. Driven by three separate incidents, a communitywide debate has emerged over the Middle East conflict — and, specifically, how it is expressed artistically, in both public and private spaces. 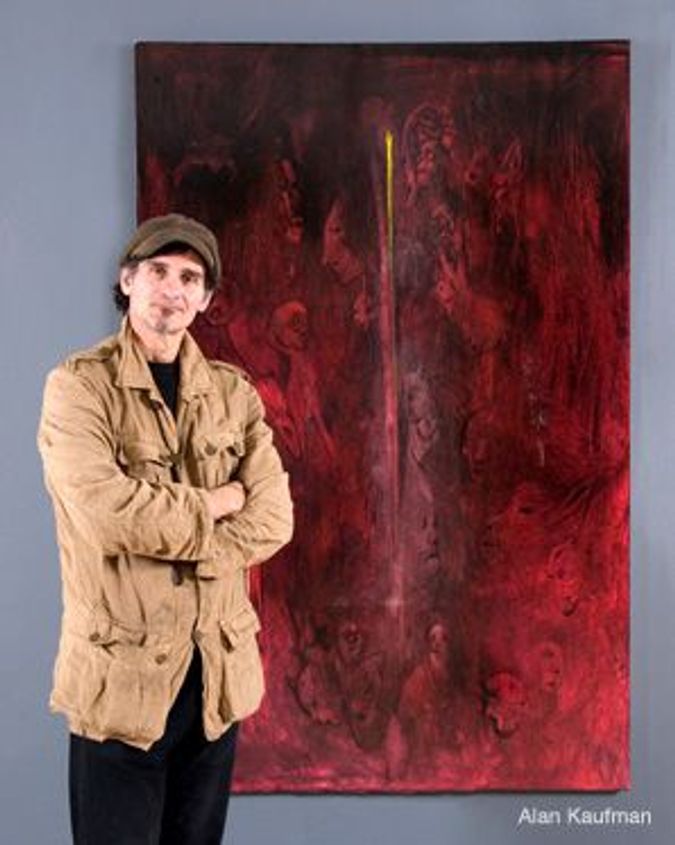 Last August, San Francisco State University approved a mural celebrating the late Palestinian scholar and activist Edward Said, but only after organizers agreed to remove elements identified by Jewish groups as advocating Israel’s destruction. A month later, the city’s arts commission signed off on changes to another public mural that had drawn similar complaints. And now, a Jewish artist is accusing a gallery owner of dropping his contract because of his proposed art catalog’s Zionist theme.

“The Bay Area is a hyper-political environment where community discussions can be very polarizing,” said Abby Michelson Porth, associate director of the San Francisco Jewish Community Relations Council. “Anti-Israel activity and rhetoric is taking place in forums where it was previously denied a presence.”

Artist Alan Kaufman, in the dispute with the gallery owner, spoke more bluntly.

“In the art world in general and in the world of culture, it’s increasingly the case — not only in the Bay Area but everywhere — that Zionism is a pariah kind of philosophy, a shunned, despised kind of philosophy, and any kind of association with it brings immediate, negative repercussions,” he said in an interview with the Forward. “I think this is a case of that.”

In 2006, San Francisco State President Robert Corrigan nixed plans for the Said mural on the campus student center proposed by the campus’s General Union of Palestine Students. He approved a redesign in August of this year that removed the image of the Palestinian cartoon character Handala gripping a key — which Jewish groups said symbolized the Palestinian right of return and destruction of the Jewish state — and what some saw as a sword and others saw as a pen. The new mural is set to be unveiled November 2, and the Palestinian student group plans a daylong series of events in celebration.

Porth said that the Said mural flap wasn’t about “artistic expression or free speech” but rather “how permanent art on public land communicates a message to the population that surrounds that art. The university has long recognized that a university is a place for a free exchange of ideas and deliberation, but that cannot be at the expense of a people or their right to exist in this world.”

Porth and others raised similar objections to a mural in the city’s Mission District, designed by a local artist and painted last summer by more than 200 community members on city property using a neighborhood beautification grant. One section depicted Palestinians — one with a keffiyeh over her face — breaking through an Israel-shaped crack in an Israeli security barrier.

Porth said that the design looked hostile to the city’s Jewish residents. She set out to work with the muralists on tweaking it. Homies Organizing the Mission to Empower Youth, the mural’s sponsor, and artist Eric Norberg agreed to make changes — including altering the crack’s shape so that it didn’t resemble Israel’s silhouette, adding an olive tree to symbolize peace and removing the keffiyeh. A city arts commission panel approved the changes last month.

Porth said she had not heard about Kaufman’s situation until the Forward described it; she called it “very disheartening” but said there’s a big difference between publicly funded and displayed art — like the murals — and decisions made by private gallery owners.

Kaufman said that gallery owner David Himmelberger abruptly dropped plans to publish a catalog of his work after seeing Kaufman’s draft, titled “Visionary Expressionism: A Zionist Art.” Kaufman had solicited brief essays from friends such as David Twersky, a contributing editor for The New York Sun and senior adviser to the American Jewish Congress’s executive director; David Rosenberg, co-author of “The Book of J” and author of “Abraham: The First Historical Biography,” and Israeli author Etgar Keret. Kaufman, author of the memoir “Jew Boy” and the novel “Matches,” also penned an essay for the catalog.

“His reaction to that was immediate and profound. He pointed to the title of the catalog and said, ‘There’s no way I’ll do that, never,’” Kaufman said. He claimed that Himmelberger told him such a presentation was antithetical to the aims of the gallery, which include fostering international understanding by rejecting nationalism.

Kaufman said he considers Zionism “the civil rights movement of the Jewish people” and is offended when people express empathy or support for Jews and even Israel, yet shun the term “Zionism.”

Riva Gambert, director of the Israel Center at the Jewish Federation of the Greater East Bay, said she met with both Kaufman and Himmelberger this past summer and can’t imagine how the catalog could have come as a surprise to the gallery owner.

“It was obvious the purpose of the paintings and the exhibition and any potential programming attached to it would be to bring to people’s attention the threats facing Israel,” Gambert said. “If Zionism is demonized, then the whole basis, the raison d’etre of having a Jewish state, is undermined.”

But Kaufman contends that he and Himmelberger had discussed plans for well into 2008, and Himmelberger pulled the paintings from his Web site only after Kaufman went public with his complaints about the catalog being nixed. Kaufman said he believes Himmelberger’s sudden aversion to the art’s Zionist themes resulted at least in part from the Israel Center’s refusal to shell out the six-figure sum Himmelberger had sought for an installation of the work.

The gallery situation notwithstanding, Porth said the open, frank dialogue created as a result of the murals might leave a more lasting mark on the community than the murals themselves.

“These issues arise in the Bay Area on a daily basis,” said Porth, who added that the way in which the Jewish community responds is perhaps more important than the end result. After all, she said, “these are our neighbors.”