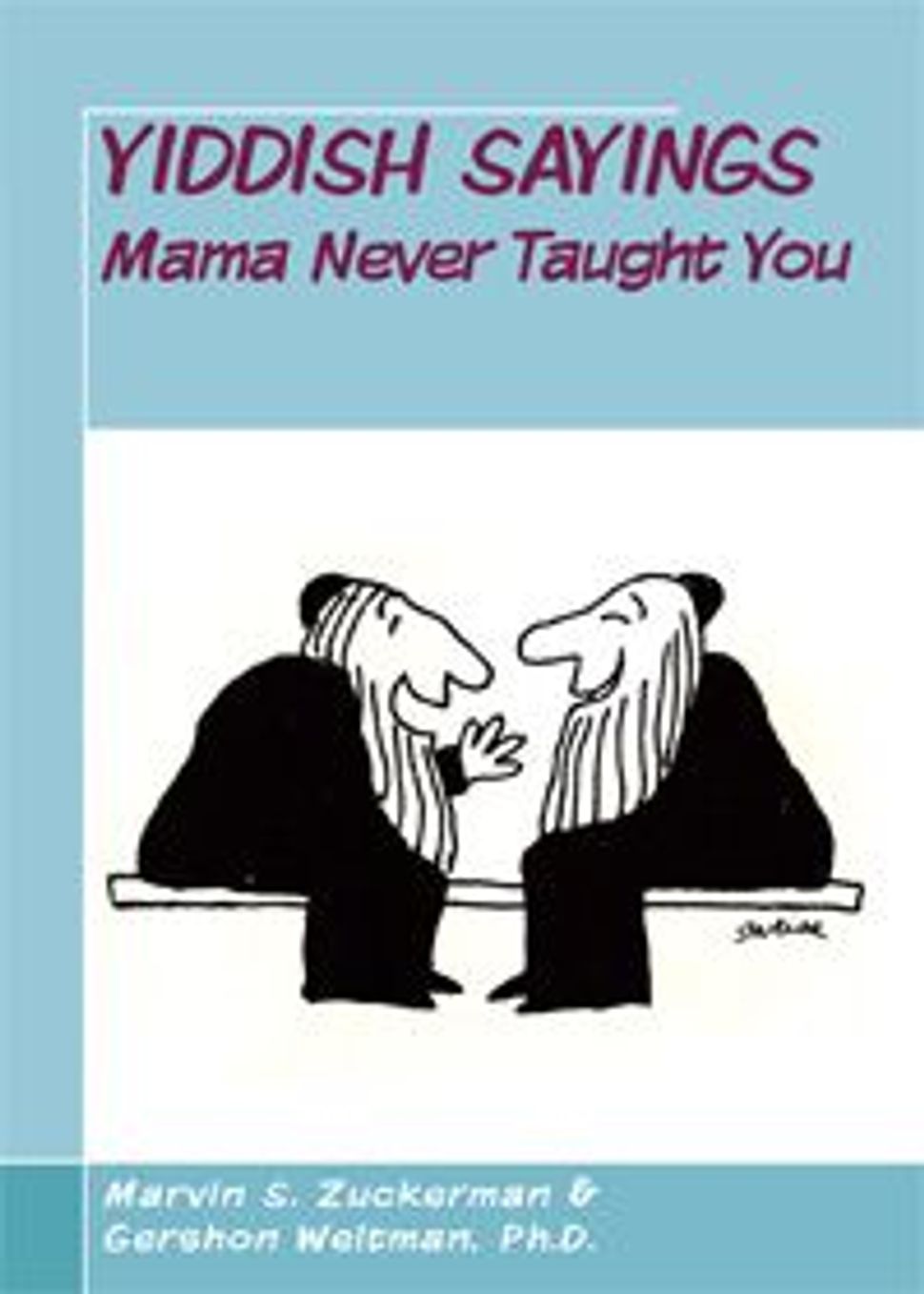 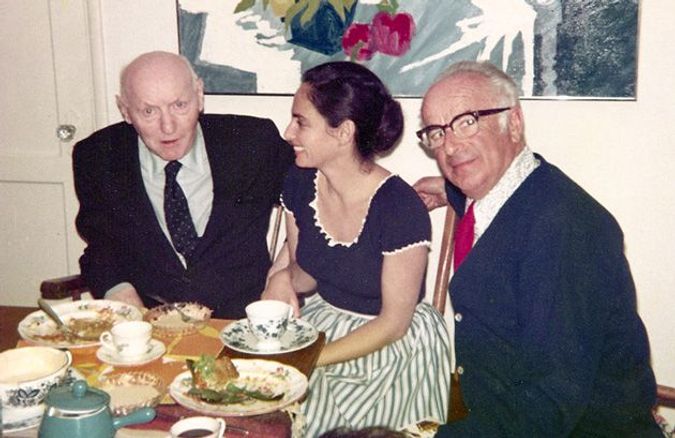 Breaking Bread: After chatting about the book at a conference, Marvin Zuckerman (not pictured) invited I.B. Singer, left, to lunch with Zuckerman?s wife, center, and father-in-law at his Los Angeles home (c. 1974).

In the early 1970s, Marvin Zuckerman and Gershon Weltman, childhood friends from the co-ops of the Bronx, came across a rare Yiddish manuscript. Though they had never thought of putting out a book together, they quickly recognized that there was something in this document that made them want to take up the task of translating and publishing the work ? dirty words.

The result, ?Yiddish Sayings Mama Never Taught You,? was released in 1975 and went through five printings before the press stopped. Now, due to both personal requests and the fact that bootleg copies have been circulating on the Internet, the two men have decided to give the book one more run. 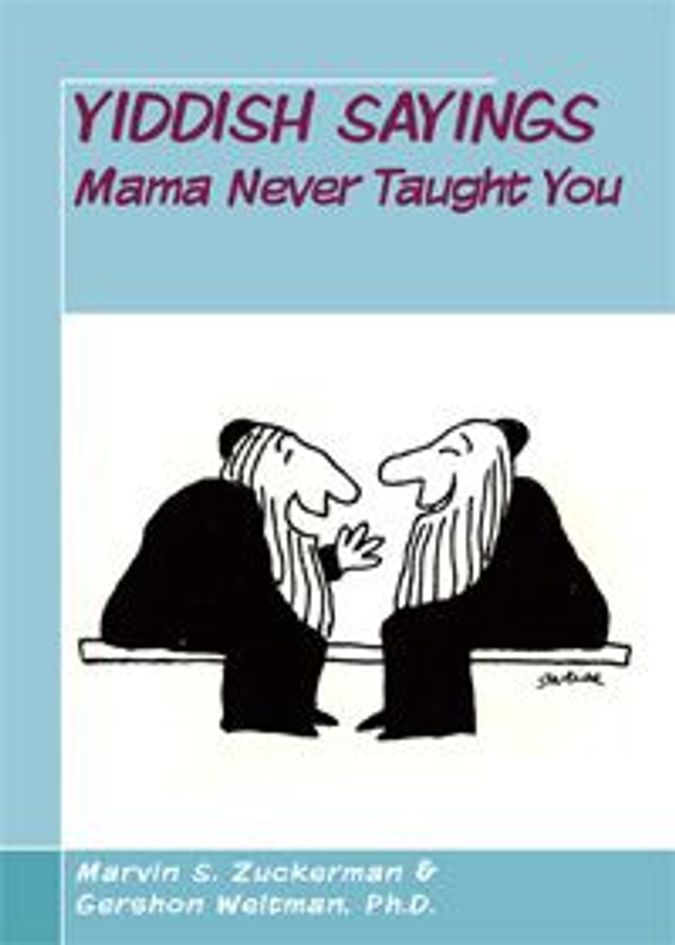 ?We did the book because we were impressed with seeing an aspect of Yiddish life that was unknown to us. Dirty Yiddish! Smut in the shtetl! Who knew?!! And they were so clever, witty and pithy,? said Zuckerman, a Yiddish scholar and former literature professor.

The nearly 230 sayings in the book, which appear in translation and transliteration as well as in the original Hebrew, open up a window into the indecent side of the shtetl, one that has rarely seen light.

Among the pretty dirty, sometimes offensive and mostly clever offerings are:

When you sleep with your wife, you show your behind to the world.

The pelt under a woman?s belly is the world?s most expensive furpiece.

Every pot finds its own lid, every pole finds it own hole.

The source of the material was a transcript by a folklorist named Ignaz Bernstein, a wealthy Ukrainian who collected nearly 5,000 Jewish proverbs at the turn of the century. He published all these in a two-volume collection ? with the exception of 227 sayings that he published separately, for reasons unknown, under the title ?Erotica and Rustica.? Unlike his main work, the proste, or vulgar stuff, had a very small run and remained little known until Zuckerman and Weltman got their hands on it.

?My mother was shocked that we would undertake such a low-life endeavor,? said Weltman, an engineer and lecturer at the University of California, Los Angeles. ?Nevertheless, she was a willing, if reluctant, source for our more esoteric translations, and perhaps a bit proud when it was published. Her attitude was pretty much shared by her social circle, and particularly by the most elegant speakers of Yiddish; but I think the more waggish members of the group were highly amused.?

While some Yiddish intellectuals indeed found it ?a shande far di goyim,? they still sold around 3,000 books and found a fan in Henry Miller, one of the 20th century?s most esteemed purveyors of literary smut, who called the book ?Juicy, savory, spicy.?

Zuckerman also managed to get an early blurb for the book from Isaac Bashevis Singer. The two were presenting at a literary retreat near Ojai, Calif., and they spent some time together. Zuckerman passed Singer the book, then in manuscript form, on a Saturday night and asked the author to look it over. Singer came down to breakfast the next morning, with handwritten notes on the manuscript?s cover. He later joined Weltman and Zuckerman for lunch at the latter?s house in Los Angeles.

Today, though, with formal Yiddish culture dwindling, they think the book might serve a new purpose for young students of the language.

?I believe people are much more tolerant, in part because ? sadly ? virtually all of the old-guard haute Yiddish group is now gone,? Weltman said. ?The academics and their students should be interested because this is original source material; the raffish element remains interested because many of the sayings are as rank and funny now as they were originally.?