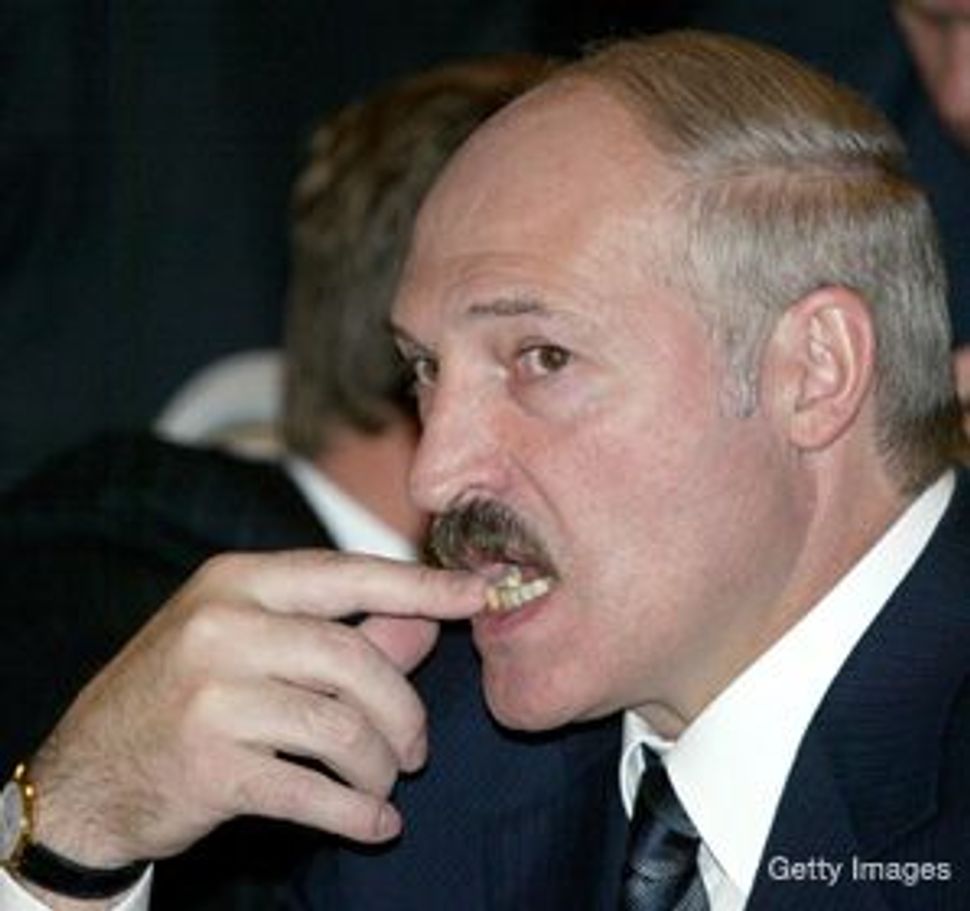 Belarus's president, Alexander Lukashenko, drew fire from many quarters after saying that Jews kept their living areas like a 'pig sty.'

Moscow – After Belarus’s president made a stinging remark about Israel and his own country’s Jewish community, some local Jewish communal leaders say they fear they may be caught in the crossfire of Iran’s growing relationship with their country. 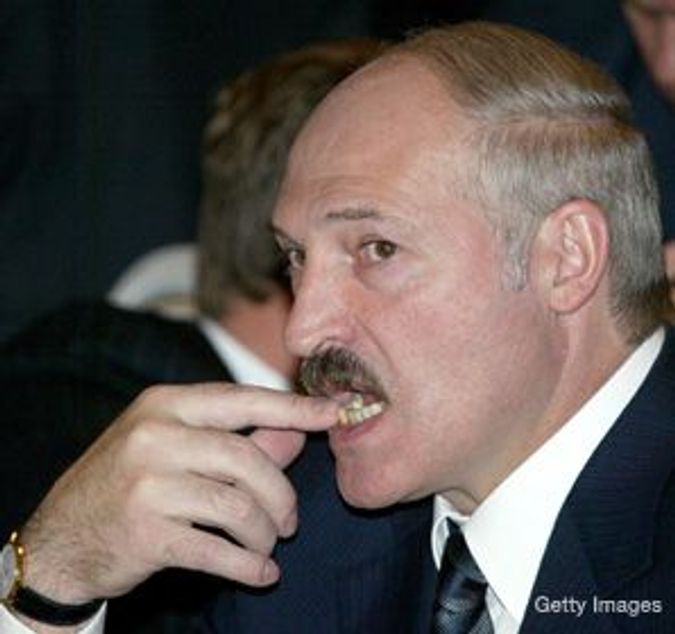 Belarus's president, Alexander Lukashenko, drew fire from many quarters after saying that Jews kept their living areas like a 'pig sty.'

The offending comments came during a live radio broadcast October 12, when the president of Belarus, Alexander Lukashenko, spoke of Bobruisk, a port city, and said: “This is a Jewish city, and the Jews are not concerned for the place they live in. They have turned Bobruisk into a pig sty. Look at Israel — I was there.”

Lukashenko has ruled Belarus with an iron grip for the past 14 years and is often referred to as “the last dictator in Europe.” After his comments, a number of local Jewish communal leaders reacted with surprising equanimity.

“We are not concerned by the statement,” said Yakov Basin, the first deputy chairman of the Union of Belarussian Jewish Organizations and Communities. “What worries us are other things. In 20 years, not a single person has been punished for antisemitic vandalism to the cemetery, etc. The Holocaust is not recognized as a unique historical phenomenon as it is in other countries.”

Behind the scenes, though, Jewish community leaders in Belarus said that the mention of Israel was a calculated message by Lukashenko to the leadership of Iran. Since Mahmoud Ahmadinejad visited Minsk in May, the two countries have reportedly cemented plans for a “strategic partnership” and trade between them has increased dramatically.

A leading communal figure who spoke on condition of anonymity for fear of business reprisals in the repressed former Soviet republic, confirmed that things have changed dramatically since Belarus and Iran became partners.

“Since Iran has linked up with Belarus, there’s been a distinct anti-Israel flavor in Belarus,” the leader said.

Indeed, even as Basin had expressed confidence that Lukashenko’s comments held no foreboding for his country’s Jews, he indicated deep dismay at the geopolitical implications of the speech.

“The problems with Israel could create complications on the Iran question,” he said. “Belarus and Russia are both involved with Iran in a way that’s almost like the Munich Agreement of 1938.”

Still, some community leaders pointed to the fact that Lukashenko has not made antisemitic comments in the past. Maxim Yudin, director of Hillel in Minsk, described the comments as a verbal gaffe. “I’m 100% sure he didn’t realize what he was saying,” he said.

Six days after the broadcast, Israeli Foreign Minister Tzipi Livni sharply rebuked Lukashenko in the press. Israel’s ambassador to Belarus, on vacation last week in Israel, was called to Jerusalem to discuss the issue last Thursday, but he was not recalled.

“It is the responsibility of world leaders to battle antisemitism, which rears its ugly head in various places around the world, not promote it,” Livni said. “Antisemitism reflects first and foremost on the community in which it appears, and on its leaders.”

The comments are not the only recent concern for Belarus’s Jews. Five days after Lukashenko spoke, 15 headstones were desecrated in an attack on the Jewish cemetery in Bobruisk, according to the BelaPAN news agency.

The Union of Belarussian Jewish Organizations and Communities has called a leadership meeting for Monday to discuss a unified response to the statement.