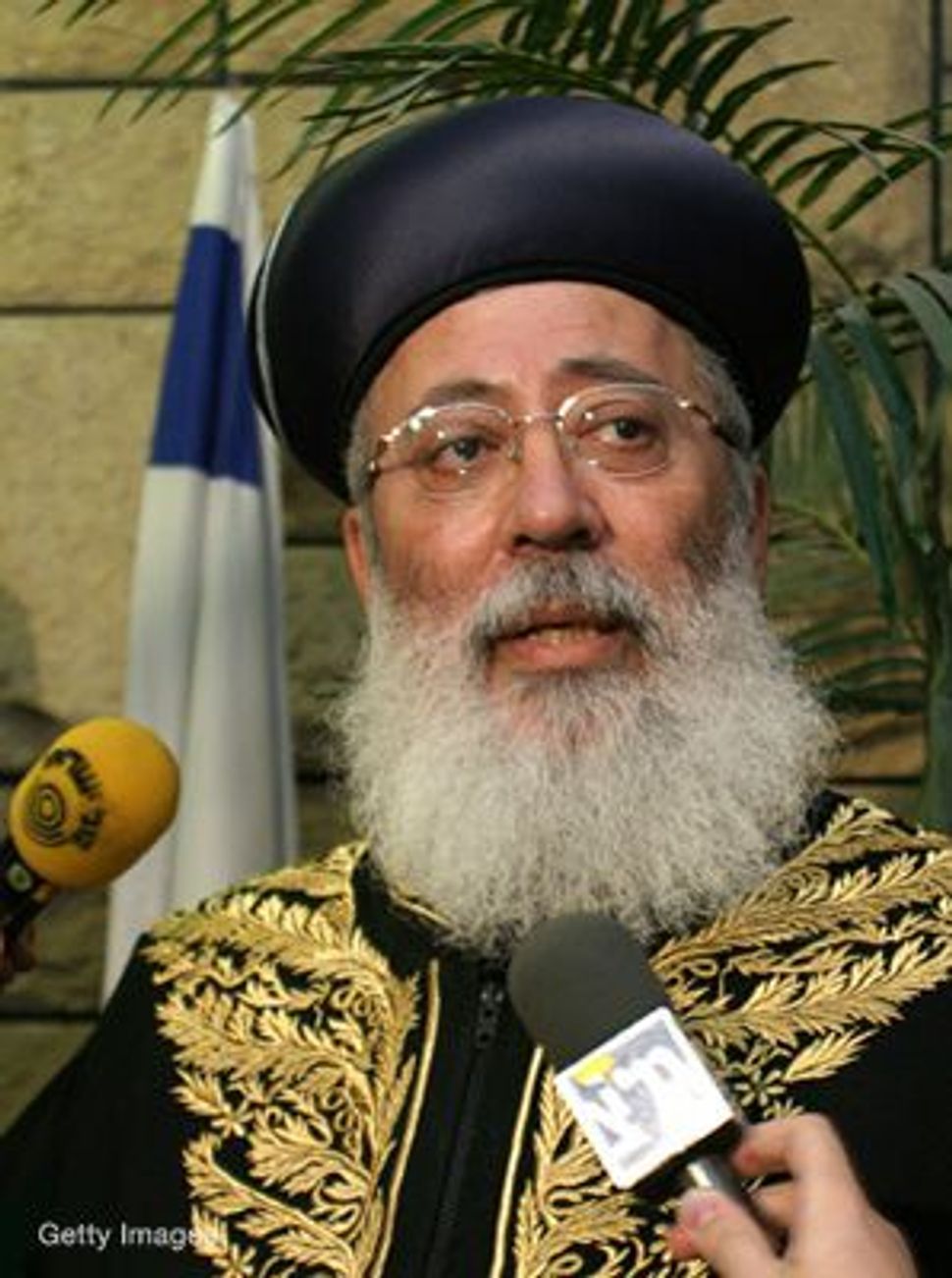 Rabbi Shlomo Amar met with officials of the Rabbinical Council of America.

The Sephardic chief rabbi of Israel traveled to the United States last week to hammer out the specifics of a new agreement on Orthodox conversion practices. 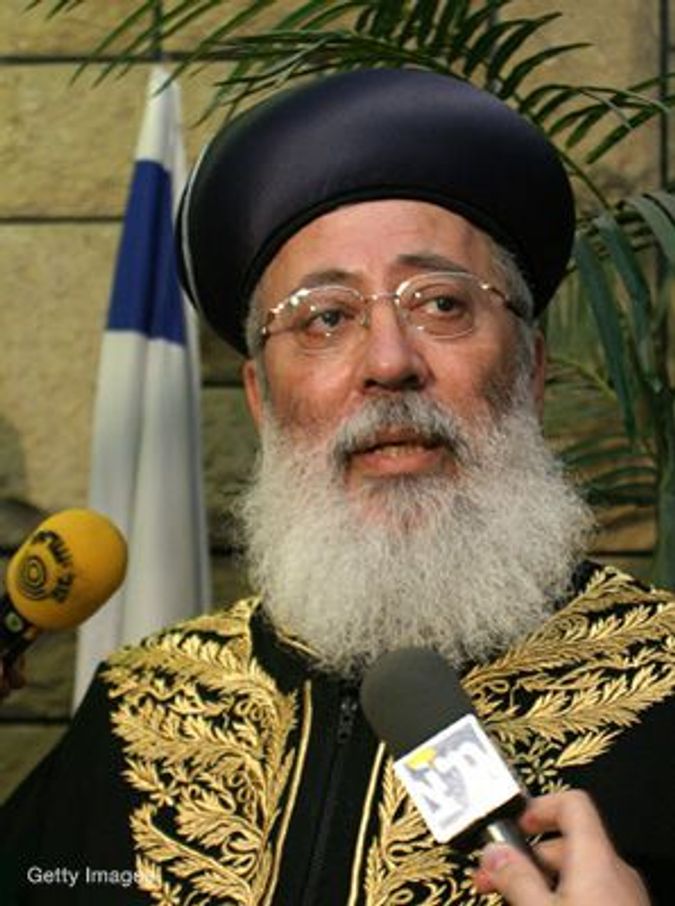 Rabbi Shlomo Amar met with officials of the Rabbinical Council of America.

Rabbi Shlomo Amar met in New York with officials of the Rabbinical Council of America, the largest union of Orthodox rabbis in North America. The meeting was the latest in a series of negotiations held in recent years between American leaders and the chief rabbi, who is seeking the introduction of stricter standards and greater control over American conversions.

The recent talks between Jerusalem and New York come amid a parallel power struggle within Israel, pitting the Zionist, moderate wing of Orthodoxy against the more hard-line ultra-Orthodox community. The Chief Rabbinate, a government institution intended to reflect the Religious Zionist worldview, has of late fallen increasingly under the influence — some say control — of ultra-Orthodox rabbis. Disputes over a variety of issues, including reducing the number of conversions and permitting agriculture during the sabbatical year, are sparking growing resistance from more moderate Orthodox leaders. Earlier this month, 45 rabbis associated with Religious Zionism, which, unlike ultra-Orthodoxy, accepts the Jewish state as a religious entity as well as a political one, volunteered to serve on newly proposed conversion courts that would be independent of the Chief Rabbinate. Their effort is meant to help expedite conversions among Israel’s 300,000 emigrants from the former Soviet Union, many of whom have Jewish familial roots but are not Jewish according to Halacha, or religious law.

American leaders have remained tight-lipped on the details of last week’s meeting, with the RCA releasing a short statement afterward that said the discussions had been “wide-ranging” but contained no information about substantive development.

Rabbi Basil Herring, executive vice president of the RCA, said that his group, along with its affiliated rabbinic court, the Beth Din of America, is moving forward with a plan to create a regional network of conversion courts throughout North America. The plan was developed in consultation with the chief rabbi over the past 18 months. Currently, many local rabbis have been handling conversions independently in their own communities, and some conversions have not been recognized by religious councils in Israel.

Over the coming year, according to Herring, the RCA plans to open 20 conversion courts throughout North America. They will operate according to centralized procedures intended to ensure that all conversions are recognized in Israel, but this will also make conversions harder in many cases. According to guidelines for the courts, released last April, judges will refuse to convert the adopted children of Jewish couples if the parents do not practice a fully Orthodox lifestyle.

“In our view, this is a major step forward,” Herring said in an interview with the Forward. “It provides benefits and a win-win situation” for both rabbis and converts. How rabbis will be appointed to the conversion courts, and what role the chief rabbi will play in approving them, is still the subject of negotiations, according to Herring.

Jewish leaders outside the Orthodox community said they continue to be frustrated by the supremacy of the Chief Rabbinate in Israel and its complete control over such matters as conversion, burial and marriage within the Jewish state. Non-Orthodox Jews, including secular Israelis, often travel outside the country to be married in ceremonies that will be recognized only by the Jewish state’s civil authorities.

“In America, we have about 21% of affiliated Jews who are Orthodox, versus 39% Reform and 31% Conservative, so you can see this is a minority that is claiming authority for the majority,” said Kathy Kahn, director of the Department of Outreach and Membership at the Union for Reform Judaism. “The [conversion] ritual performed [by a Reform or Conservative rabbi] could be completely authentic, but if the rabbi is not recognized, it does not matter.”

During his four-day visit, Amar checked in with Orthodox and Sephardic leaders and groups in New York and Chicago, including students at Yeshiva University and several Orthodox high schools. “One of the things he really wanted to do is really learn about the American Jewish community and the Orthodox Jewish community,” said Rabbi Tzvi Hersh Weinreb, who is executive vice president of the Orthodox Union, the main congregational arm of Modern Orthodoxy in America. Weinreb said he used his own half-hour meeting with the chief rabbi to educate him about the full breadth of the O.U.’s programs.

“I hope I corrected his perspective of the O.U. as just being a kosher supervisory organization,” Weinreb said.