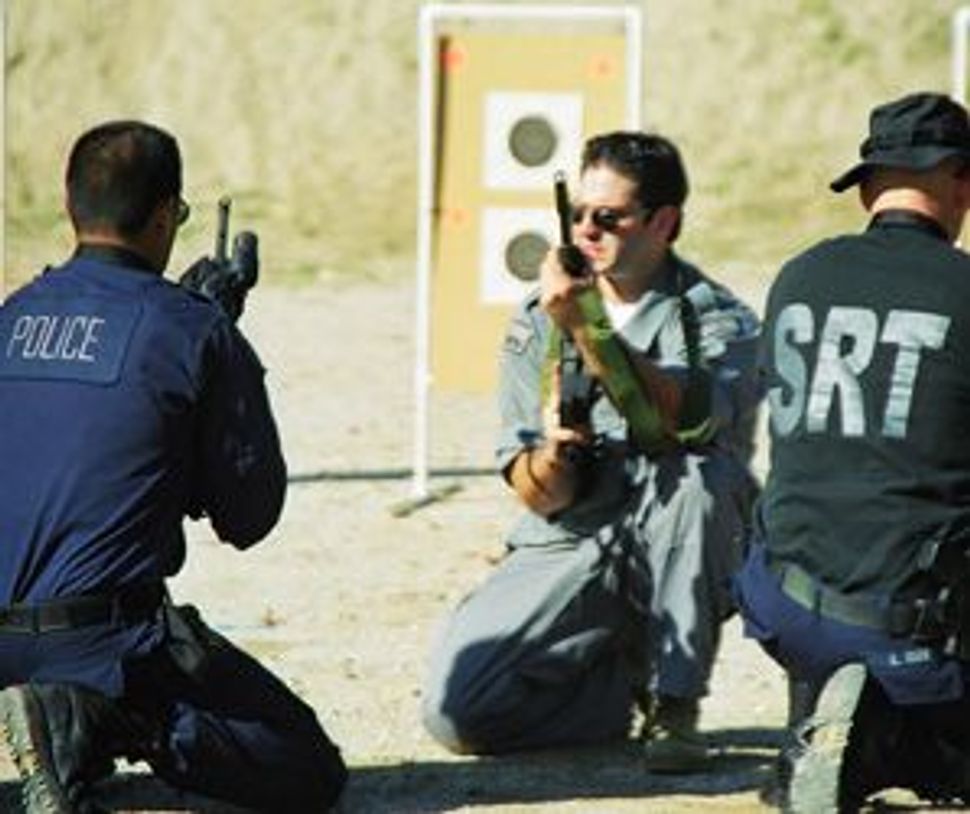 Los Angeles – When Kevin Federline’s lawyer wanted to serve Britney Spears’s closest associates with subpoenas during the ill-fated duo’s recent custody battle, he hired a former Israeli commando to get the job done. 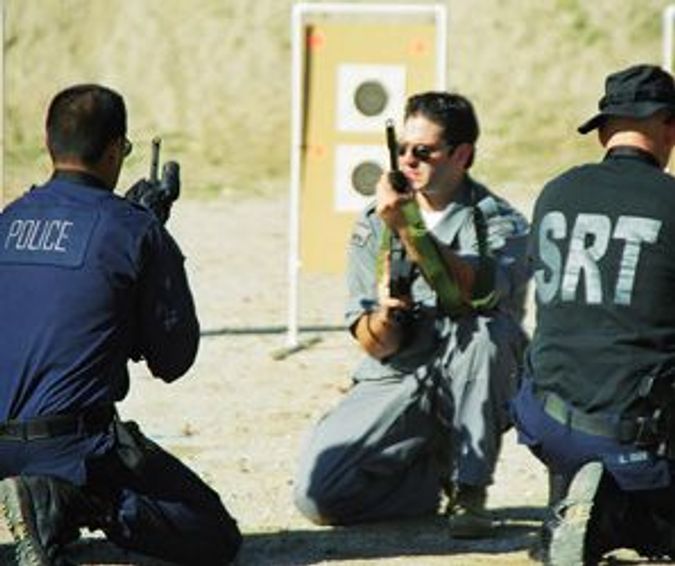 While this service may not have necessitated counter-terrorism expertise, the ex-Israeli operative who carried out the mission, Aaron Cohen, has built a career on the premise that protecting celebrities has more in common with nabbing Islamic radicals than may be apparent. Cohen, 31, is the founder of IMS Security — short for “Israeli Military Specialists” — a Los Angeles-based private security firm operating in the hostile territory of Hollywoodland.

A native of Beverly Hills, Cohen has parlayed his service in Duvdevan — an elite Israeli commando unit responsible for capturing, and sometimes killing, Palestinian militants in the West Bank — into a lucrative, niche business back in his hometown. Hiring Israelis culled exclusively from the Jewish state’s top four special operations units, Cohen oversees the only private security firm specializing in bringing Israeli-style protection to the upper reaches of stardom. Guarding the likes of Brad Pitt, Jackie Chan and Eva Longoria, to name but a few, Cohen — with a minimum retainer fee in the range of $20,000 and a day’s work costing up to $1,000 — has applied the principles he learned detaining terrorists to keeping aggressive paparazzi and the occasional celebrity stalker at bay.

“Stalking is a form of terror,” Cohen explained in an interview in Los Angeles’s Fairfax district, sipping a cup of strong black coffee. “The formula is a lot like counter-terrorism, because you need to see who you’re dealing with before you freak out.”

Indeed, Cohen called the Spears subpoenas, carried out in mid-August, “pure counter-terrorism.” In that case, Cohen said, he was hired by a client, high-profile attorney Mark Kaplan, to track down Spears’s inner circle, including her former manager Larry Rudolph, who had, according to press accounts, gone into hiding. Locating Rudolph, as well as Spears’s cousin and former assistant, Ali Simms, Cohen said, required the same tactics as tracking a terrorist — performing extensive background checks and pinpointing their exact whereabouts.

Exuding the calm confidence of an experienced Israeli fighter, Cohen, in gold-framed aviator sunglasses — prescription glasses, he pointed out, not worn for intimidating effect — a casual white button-down and jeans, recently sat for an interview with the Forward.

His story, soon to be told in a forthcoming memoir co-authored by Douglas Century (a former contributor to the Forward), is one that would warm any Zionist heart. At 18, Cohen made aliyah and subsequently became the only American to finagle his way into the ranks of an elite military unit — a feat, even for those born in Israel. As a member of Duvdevan, created in the wake of the first intifada, Cohen was among those who disguised themselves as Arabs to infiltrate the West Bank. In 1999, after returning to Los Angeles, Cohen was hired as a bodyguard and administered security at the home of A-lister Pitt, who was fending off a stalker.

The following year, sensing a demand for his expertise, Cohen founded IMS Security. In order to recruit his employees, he returned to Israel, where he still owns a condominium in the affluent Tel Aviv suburb Herzliya. Cohen tacked up a note in the lunchroom of his unit, offering high-paying jobs in L.A. to anyone who had finished his service. Cohen now employs a staff of 22, and he rotates in new Israelis every one-and-a-half to two years. It is, he said, a way of returning the favor to those who took him in as one of their own and gave him the experience of being a top Israeli fighter.

Cohen’s competition includes other top private security firms, such as Gavin de Becker Associates, Galahad Protective Services and Screen International Security Services. SISS was founded by another Israeli, Avi Korein, who, in a strange twist, has worked for many years as Mel Gibson’s bodyguard. But Korein’s company, in contrast to Cohen’s, is not made up solely of Israeli military veterans.

“Aaron is definitely unique in the fact that he only uses Israelis,” said Steven Katz, a talent manager who first hired Cohen to protect Chan in 2002. “The majority of firms are about crowd control; they’re not doing real threat assessment.”

In the years since the attacks of September 11, 2001, Cohen has also built a business training American law-enforcement and military units in Israeli counter-terrorism techniques. His client roster includes the Houston Metro SWAT team, the California Governor’s Office of Emergency Services and the Department of Homeland Security’s Los Angeles office. He has also become a pundit, dispensing security acumen on Fox News and Court TV, among other networks.

Cohen is not the first to put his Israeli training to use in America. After 9/11, Rafi Ron, former security chief of Tel Aviv’s Ben Gurion International Airport, was hired by Boston’s Logan International Airport to implement Israeli-style aviation security. Ron, founder of New Age Security Solutions in Rockville, Md., now consults to a wide swath of both private and government-run American transportation authorities. The program he created for Logan, known as “Behavior Pattern Recognition,” has been duplicated in airports around the country and, like Cohen’s force, is based on the central tenet of Israeli security — to focus on the individual in question and profile him.

“The main difference between the traditional American and the Israeli approach is, we try to focus on people,” Ron explained. “A good guy with a weapon does not present a risk, and a bad guy without a weapon still presents a risk.”

Cohen operates on the same principle, even while protecting a celebrity client on a shopping trip (a recent video clip on the celebrity Web site TMZ.com showed him trailing Longoria as she visited L.A.’s trendy Lisa Kline store). The goal, he said, is not to have bodyguards that resemble 300-pound gorillas, as is often the case, but to have a highly trained, less conspicuous sentry who can size up a threat level and respond before a crisis occurs. “We’re experts in defining people really quickly, and knowing what we’re up against,” Cohen said.

As for warding off the paparazzi, many of whom are known for their ruthless tactics, Cohen’s team devised a new approach that has garnered them the name the “Mary Poppins Squad” in Hollywood circles. The tactic? Cohen assigns a staffer armed with an open umbrella to each of the photographers present, thereby keeping their camera lenses covered.

“It’s low tech, cost effective, nonviolent and can control the majority of the environment,” he said. “There are clever, nonaggressive ways to handle things.”