Iran Fights West on Warrants for 1994 Bombing in Buenos Aires 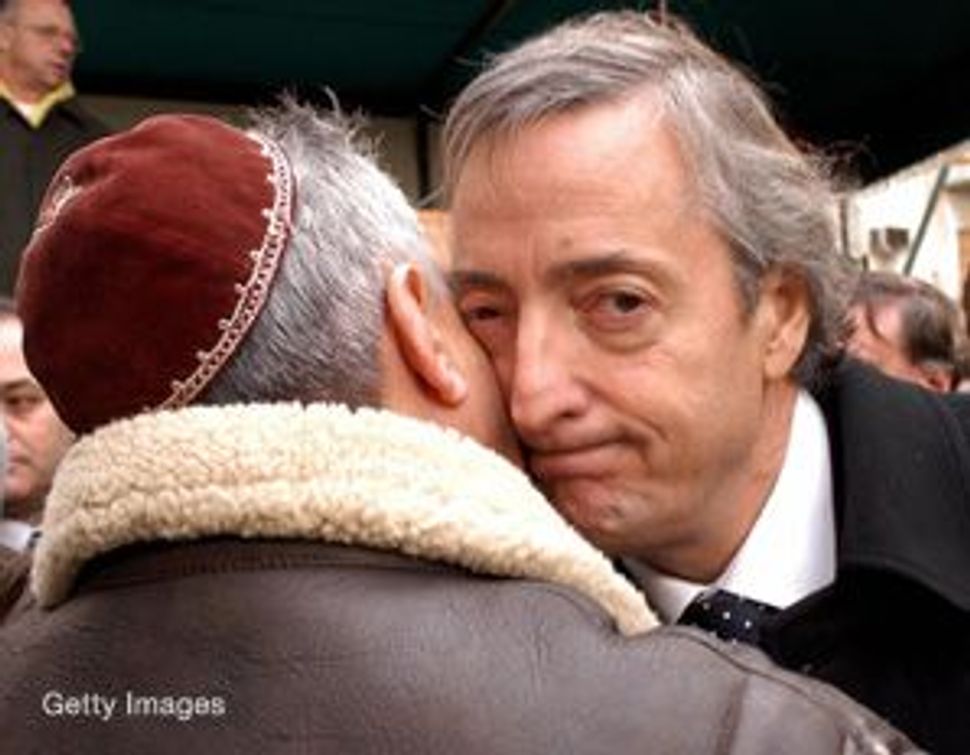 Argentina's president, Nestor Kirchner, pictured here at a memorial for the bombing of a Jewish center, is pushing for international arrest warrants to be issues for suspects in the bombing

While the confrontation between Western powers and Iran centers most visibly on Tehran’s nuclear ambitions and its meddling in Iraq, the tension is also playing out in the arcane world of Interpol, the international criminal police organization. 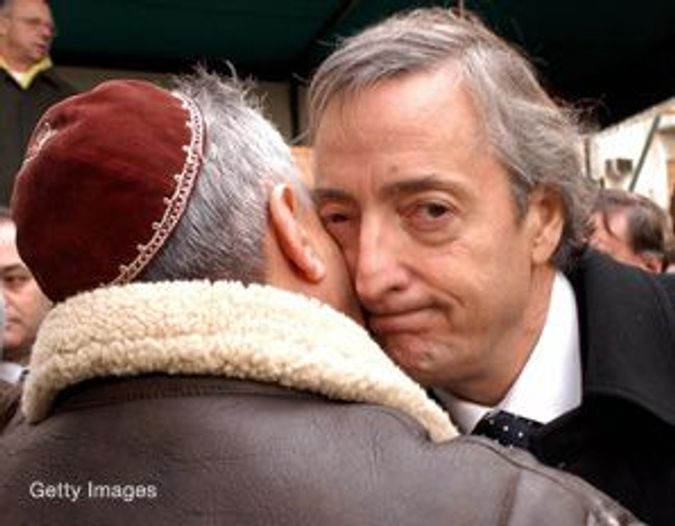 Argentina's president, Nestor Kirchner, pictured here at a memorial for the bombing of a Jewish center, is pushing for international arrest warrants to be issues for suspects in the bombing

Early next month in the Moroccan city of Marrakech, Interpol’s general assembly will vote to confirm a decision by its executive committee to issue priority arrest warrants for five former Iranian officials and a legendary Hezbollah operative, based on their alleged role in the bombing of a Jewish communal center in Argentina more than a decade ago.

The vote on the international warrants, known as “red notices,” was initially requested by Iran. Tehran was hoping to overturn a unanimous decision by Interpol’s executive committee last March to endorse an Argentine request for warrants. But as the vote approached and it became apparent that the executive committee decision would be upheld, Tehran tried in vain to postpone it.

“Iran lobbied but lost, and they now fear they will be stigmatized,” said Dina Siegel Vann, director of the American Jewish Committee’s Latino and Latin American Institute.

“Iran will for the first time not get away with murder and be able to flout international rules,” Vann said. “Interpol is not a political body like the United Nations General Assembly. It is made up of law-enforcement officials who decide on facts, not slogans.”

The still-ongoing investigation into the June 1994 bombing of the AMIA Jewish community center has provided the Bush administration with fodder for its long-standing claim that Iran is the world’s leading sponsor of terrorism. Combined with its nuclear program, its alleged weapons shipments to insurgents in Iraq and Afghanistan, and the fire-breathing rhetoric of President Mahmoud Ahmadinejad, the terrorism accusation is helping cement the image of an irresponsible international actor.

At Interpol, the vote in favor of Argentina seems almost ensured. There is no precedent for an assembly vote overturning a decision by the 13-member executive committee — especially a unanimous one backed by delegates from Morocco and Algeria.

Nonetheless, Argentina has launched a full-court press to ensure the outcome. Argentine President Nestor Kirchner, addressing the United Nations General Assembly last month, denounced Iran’s lack of cooperation in the bombing probe and stressed the need for the international community to help out. Buenos Aires will also send the chief prosecutor on the case, Alberto Nisman, to Morocco to attend the Interpol meeting. Moreover, an Argentine judge announced last week that Juan José Galeano, the former investigating magistrate in the case, as well as former prosecutors and an ex-head of the Jewish community would face trial for irregularities that have marred the probe. Foremost is the suspicion that Galeano agreed to bribe a key witness.

After Galeano was disbarred in 2004, the indictment and the arrest warrants he had issued against Iran and Hezbollah in March 2003 suffered a setback at Interpol. In September 2005, the agency’s general assembly confirmed a decision by the executive committee to downgrade an Argentine request to issue nine red notices because they originated with Galeano. At that time, Thomas Fuentes, an FBI official representing the Western Hemisphere at the executive committee, voted against issuing red notices. That led to a downgrading of international efforts to find the suspects in the AMIA bombing, which killed 85 and wounded more than 300.

In November 2006, with a new magistrate on the case, Argentina issued a new indictment accusing the Iranian political leadership of ordering Hezbollah to conduct the attack. It also issued arrest warrants against seven Iranian officials, including former president Ali Akbar Hashemi Rafsanjani, then-foreign minister Ali Akbar Velayati and then-Revolutionary Guard commander Mohsen Rezai. A warrant was also issued for Imad Mughniyeh, a Hezbollah operative believed to have orchestrated scores of attacks against Western and Jewish targets since the 1980s. Interpol was then asked to issue red notices based on the Argentinean warrants.

Iran has always denied any role in the attack.

At its meeting last March, the Interpol executive committee declined to authorize red notices against Rafsanjani, Velayati and a former ambassador who was briefly detained by Britain a few years ago but released for lack of evidence; however, it approved red notices against Mughniyeh and five Iranians: former intelligence minister Ali Fallahian, former Revolutionary Guard commander Rezai and diplomats Mohsen Rabbani, Ahmad Reza Asghari and Ahmad Vahidi. They are all believed to be living in Iran.

As a practical matter, a red notice is not an international warrant for arrest. Rather, it allows a national warrant — in this case, Argentina’s — to be circulated worldwide with the request that the wanted person be arrested and held for extradition.

Luis Grynwald, AMIA president, stressed that this is an especially important issue given that Argentina does not allow trials in absentia. “We need the support of the world to bring those suspects to justice,” he told the Forward, expressing his satisfaction over the efforts of the Kirchner administration to advance the probe. Still, other observers familiar with the case argue that progress is more cosmetic than real. They claim that the indictment issued by Nisman is similar to the one from Galeano.

“The answer is nothing,” said Marta Nercellas, the longtime attorney for Delegación de Asociaciones Israelitas Argentinas, Argentina’s central Jewish representative body, when asked about the differences between the indictments. “Each piece of evidence that I find convincing was already there.”

Gabriel Levinas, an Argentine journalist who has written at length about the case and seen much of the evidence, agrees. But he said he has serious doubts about the solidity of the allegations against Iran, noting that they rely mostly on intelligence and the testimony of Iranian defectors.

“The Interpol is a way to pressure Iran,” he said. “This was a political case from the get-go, and it has remained one until today.”

Iran Fights West on Warrants for 1994 Bombing in Buenos Aires