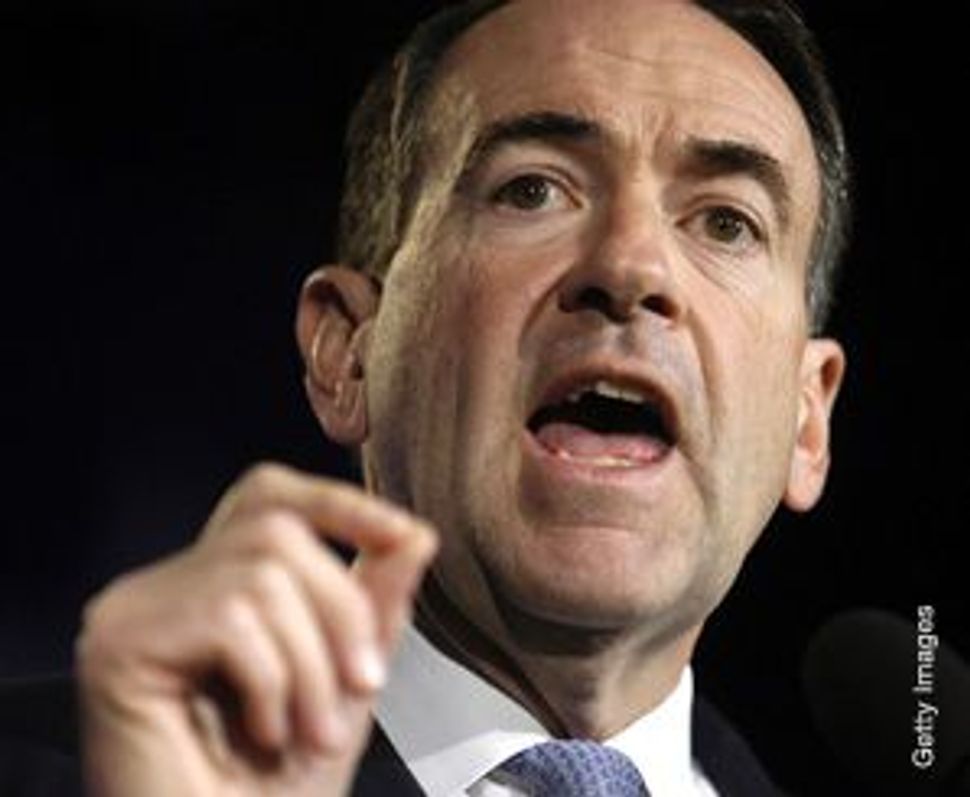 Republican presidential contender Mike Huckabee emerged from the recent Values Voter Summit with a new wave of support from Christian conservatives, but he also garnered some unwanted attention from Jewish leaders incensed over his use of the word “holocaust.” 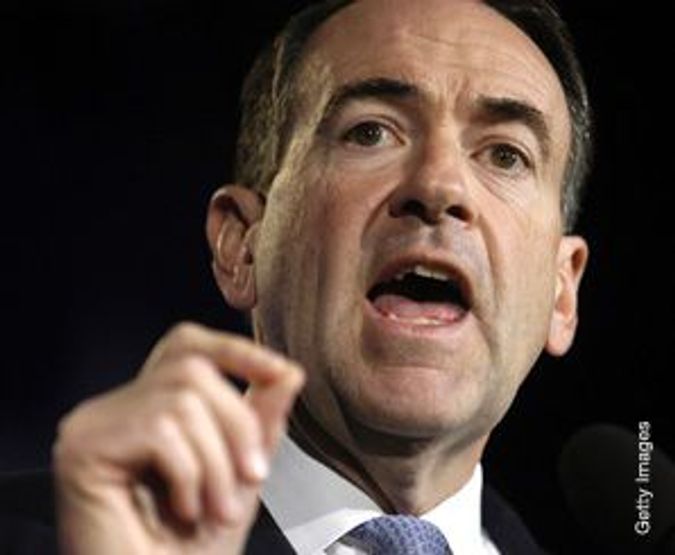 In his address before the conference, hosted in Washington last month by the conservative Family Research Council, the former Arkansas governor and longtime Baptist minister linked abortion — a bedrock issue of the religious right — with the Holocaust.

“Sometimes we talk about why we’re importing so many people in our work force,” Huckabee said. “It might be for the last 35 years, we have aborted more than a million people who would have been in our work force had we not had the holocaust of liberalized abortion under a flawed Supreme Court ruling in 1973.”

Jarring as Huckabee’s formulation may have sounded to Jewish ears — the Anti-Defamation League swiftly issued a statement saying that the comparison could “only trivialize and diminish the horror” — several authorities on evangelical Christianity told the Forward that the metaphor is not unusual in the evangelical world.

“I’m surprised that it’s considered controversial when that is a common reference,” said Kristi Hamrick, a spokeswoman for the Campaign for Working Families, which is headed by evangelical leader Gary Bauer. “Among pro-lifers, both events are seen as tragic, but the death toll now from abortion is between 40 and 50 million in the United States since 1973. Now that’s a huge number of people who are dead and gone.”

But while Huckabee’s hard-right positions on such issues as abortion, evolution and homosexuality have endeared him to Christian conservatives — and possibly cost him a few Jewish friends — the renewed buzz around his campaign, some commentators say, stems equally from the candidate’s ability to address a broader set of issues, including poverty and public health.

According to a poll published earlier this week by the University of Iowa, 11.4% of Iowa Republicans support Huckabee, which places him in a statistical tie with Rudy Giuliani for second place after Mitt Romney, who garnered 36.2%. In August, Huckabee captured less than 2% in an identical poll.

The former governor also has captured the imagination of the press corps’ mainstream conservatives as of late. “Mr. Huckabee is the most normal person running for president,” proclaimed David Brooks of The New York Times in one recent exuberant column.

D. Michael Lindsay, a professor at Rice University who has studied evangelical leaders extensively for his new book, “Faith in the Halls of Power: How Evangelicals Joined the American Elite,” said that Huckabee represents a “cosmopolitan” breed of evangelical out of step with such powerful “populists” as Jerry Falwell and James Dobson.

In other words, Lindsay said, it was quite possibly Huckabee’s initial reluctance to focus his campaign solely on the religious right’s bedrock issues that got him off to a slow start with his natural evangelical base.

“Evangelicals have often become known for emphasizing two subjects — abortion and homosexuality — and Huckabee rightly believes that evangelical discourse should be much broader that that,” said Marvin Olasky, a conservative columnist and onetime Bush adviser credited with coining the phrase “compassionate conservatism.”

Asked if he approved of Huckabee’s use of the word “holocaust,” Olasky, who was born Jewish but converted to Christianity in his mid-20s, said he believed the word was “objectively” accurate and was used by Huckabee “honestly and respectfully.”

Nevertheless, Olasky said, he could not help feeling “subjectively uncomfortable” with the word’s adoption by those who oppose legalized abortion. “Does it take away from the capital “H” Holocaust?” he wondered. It is “probably” a term best reserved for “the killing of 6 million of our people.”