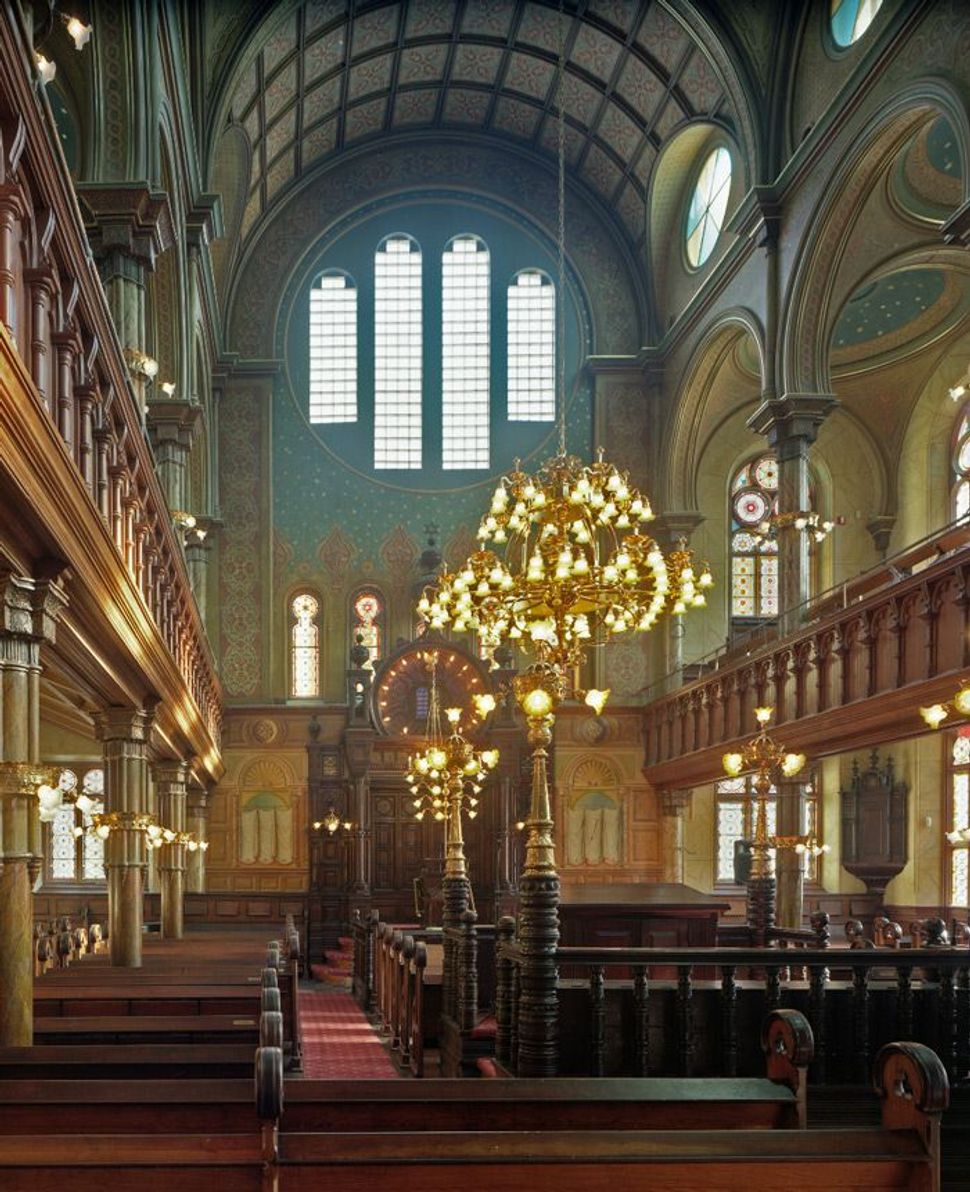 Kiki Smith is an artist best known for sculpture and largely black-and-white or pale-colored prints inspired by feminist themes or Catholicism. She is not the first person one would think of to design an imposing stained glass window for an historic Orthodox synagogue. So it came as something of a surprise when the Museum at Eldridge Street announced November 23, that Smith, along with architect Deborah Gans, had been commissioned to do just that for the landmark Eldridge Street Synagogue building. 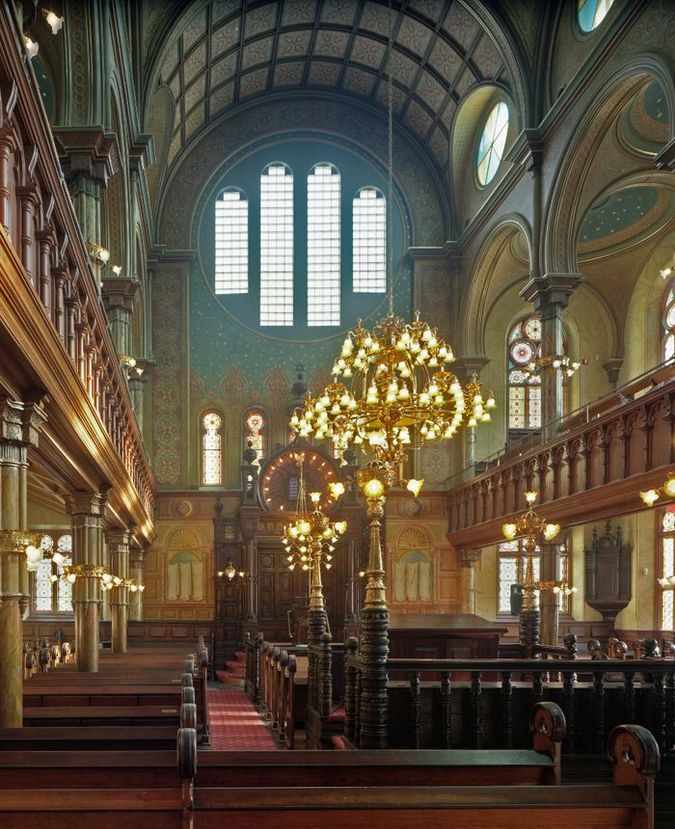 The window, on the eastern wall of the 120-year-old synagogue, has been missing since 1944, when the then cash-strapped congregation chose to have it removed because it was proving too costly to maintain. No records were kept of the original design, so Smith and Gans came up with a totally new concept that they hope will complement the eclectic interior, which is already a mix of architectural styles that includes Moorish, Renaissance, and Gothic. “I don’t have such a big ego that I had to make something completely confrontational,” said Smith. “You want to make something new but you want to be pragmatic. You don’t need to make it nostalgic, but at the same time it can reference what is already there.”

Smith has experience of working with stained glass. But the collaboration with Gans, who Smith met when Gans designed her house, was crucial because of Gans’ experience working on commissions and her technical knowledge for the construction and framing of what is essentially a 16-ft glass wall.

The pair have asked the museum not to release sketches of the 16-ft circular window because the design has not been finalized. But they both said that it will continue the pattern of the surrounding wall and ceiling domes — a sky-blue background peppered with gold, five-pointed stars. At the center of the window will sit a Star of David, radiating out towards the wall in a swirl, like the stars, dust and gas that emanate from the center of a galaxy.

Gans said that she and Smith sat in the women’s gallery of the synagogue contemplating the eastern wall for some time. “There was a kind of sky with a field of stars already imprinted on the skin of the synagogue,” she said. “We wanted to extend that into the opening and then have it transformed by the presence of light.”

The Eldridge Street Synagogue, founded on the Lower East Side in 1887, was the first great Orthodox synagogue built in America by East European Jews. But it fell into disrepair after the majority of the community either died or moved to the suburbs. Today, a small congregation, Congregation Kahal Adath Jeshurun still uses the premises to pray.

The Museum at Eldridge Street is a non-profit which has its roots in a movement to preserve the synagogue that began in the 1970’s. In 2007, it announced — prematurely it seems — the completion of an almost 20-year, $18.5-million renovation of the synagogue. The window in the eastern wall is the final piece in the puzzle.

According to synagogue minutes, the original window was a continual financial burden. It had a wooden frame, rather than a terra cotta frame like the stained glass window on the façade, and it demanded constant repair. It was long thought that a 1938 hurricane that struck New York destroyed the window. But museum deputy director Amy Stein-Milford said the hurricane merely damaged it.

In 1944, the congregation decided to replace the window with plain glass blocks arranged in a pillar formation. A December 19, 1944, letter from Knauer & Christensen, the firm that installed the blocks, states that the company would “remove the existing stained glass window as best as possible, saving the stained glass, and depositing same where directed by you within the premises.” No one knows if or how this directive was carried out.

The only record of the window that remains are documents in the synagogue archives and oral histories. Stein-Milford said that one document mentions the window’s original circular shape while congregants of the day remembered that its design was similar to the grand rose window on the synagogue façade.

Though Smith has worked with stained glass many times in the past, it has never been on this scale. She said that she was also unused to designing something for a specific purpose. “I usually work from my own necessity,” she said, “not in response to situations in the world already.” Nevertheless, there were many aspects that drew Smith to the project. She said that she is very interested in religious and spiritual space. And much of her work in the past has made “loose and convoluted” references to the Old Testament.

Smith and Gans’ original concept for the window was to emulate one of the synagogue’s 11 ceiling domes. They had hoped to make the window curve outwards in a dome shape, but Gans said the cost was prohibitive — the window is already budgeted at $400,000. Instead, the Star of David at the center of the window, which will measure about two feet in diameter, will project outwards slightly, giving it a three-dimensional aspect.

The stained glass has also been a complicating factor. Traditional stained glass comes in small sheets, of approximately 12 inches square, that are usually held together by lead. To avoid using lead for this window, individual stained glass plates will be glued onto one large piece of glass. Once the window is finished it will be mounted in the wall next spring. Then, one of the longest-running restorations in the city’s history will finally be complete.