Mayer Kirshenblatt, 93, Merchant Who Became an Artist of Memory 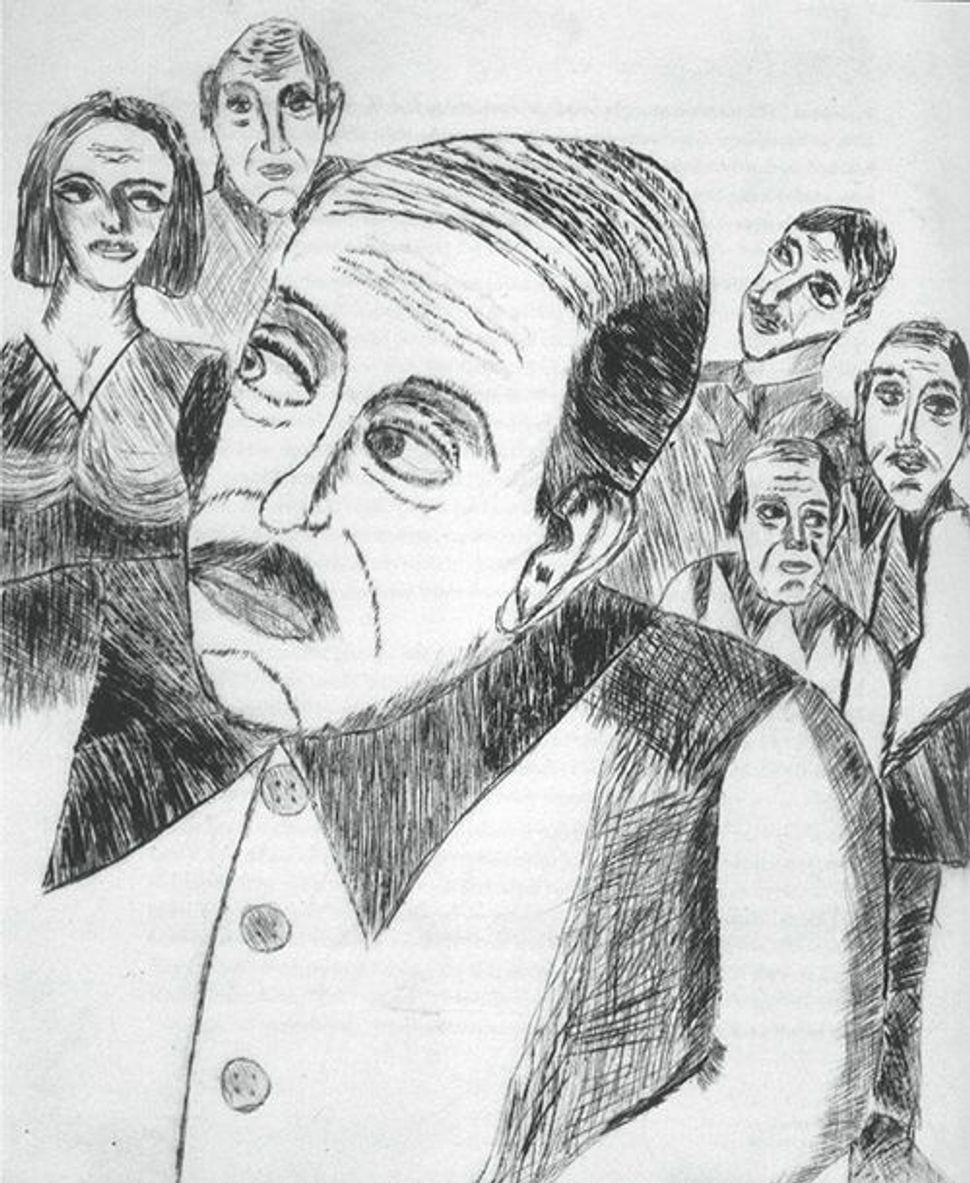 A Family View: This image, titled ?Self-Portrait with Mother, Father and Three Brothers,? is included the book, ?They Called Me Mayer July: Painted Memories of a Jewish Childhood in Poland.? Click to view larger. Image by MAYER KIRSHENBlATT

Knowing Mayer Kirshenblatt, who died November 20 at age 93, was a rare privilege. Through him and his family, I learned about his hometown and a way of life — each remarkable in its own right, as was Kirshenblatt himself. 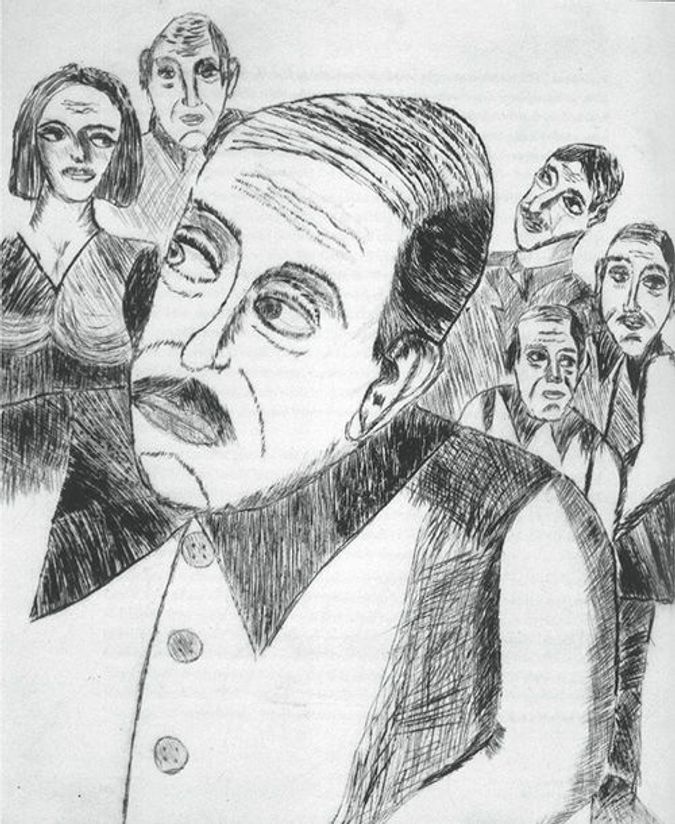 A Family View: This image, titled ?Self-Portrait with Mother, Father and Three Brothers,? is included the book, ?They Called Me Mayer July: Painted Memories of a Jewish Childhood in Poland.? Click to view larger. Image by MAYER KIRSHENBlATT

For several decades, Kirshenblatt was the unofficial ambassador from Apt — the town in pre-World War II Poland where he grew up among some 5,000 Jews and a little more than 2,000 of their Polish neighbors. Thanks to his exceptional gifts as a storyteller, a painter and, most of all, an indefatigable rememberer, we are able to imagine our way into that time and place. His recollections of the ordinary details of daily life — how to make a shoe, buy a herring, coax a snail out of its shell, make a toy mouse out of a handkerchief — are prized treasures, in part because they came to us from one of the last living participants in prewar Polish-Jewish life.

It seemed as though these remembrances emerged from Kirshenblatt automatically, as if he had been born to observe and recall a world that would be vanquished a few years after 1934, when he left Poland for Canada, where he spent the rest of his life. Kirshenblatt’s recollections are perhaps most remarkable because they seem free of any concern that might restrict memory, as is often the case in shtetl memoirs and artwork created after the Holocaust by immigrants and survivors.

His stories and paintings — beautifully preserved in the 2007 book “They Called Me Mayer July: Painted Memories of a Jewish Childhood in Poland Before the Holocaust,” co-written by his daughter Barbara Kirshenblatt-Gimblett — do not shy away from the seemingly trivial (saving lead seals from packages to melt down to make dreidels for Hanukkah), alien (the funeral of a Christian friend’s father who committed suicide), unflattering (men’s naked bodies in the bathhouse) or vulgar (Jadźka, the town prostitute, “showing off her wares” in the marketplace).

Everything in Apt appears equally meaningful and is recalled with the same acuity of detail and interest. That’s apparently how Kirshenblatt earned his childhood nickname, Mayer Tammuz (that is, July), because he was as hot as midsummer, tirelessly running around Apt, taking it all in. His childhood wish was to be a chimney sweep so that he could observe the town from its rooftops. Decades later, he fulfilled this ambition to be panoptic by painting hundreds of scenes of life in Apt, accompanied by many hours of storytelling in English, Polish and Yiddish.

The task of remembering his hometown came late in Kirshenblatt’s life, prompted by his daughter’s scholarly interest in Eastern European Jewish folklore and encouraged by her husband, painter Max Gimblett, and by Kirshenblatt’s wife, Dora, after Kirshenblatt retired from his business (running a paint and wallpaper store in Toronto). We would not have access to this trove of remembrance were it not for his entire family’s urging and, moreover, their own fascination with his childhood.

He made his first painting of Apt on the occasion of his 50th wedding anniversary, at the age of 73. Kirshenblatt continued to paint and to tell stories about his hometown until shortly before his death. His commitment to remembering Apt took him to folk festivals and museums across North America, as well as back to Opatów — the town’s Polish name — where he recently exhibited his paintings and told his stories to generations of Poles born after the war, for whom the country’s Jewish past is largely remote.

Now, Mayer Kirshenblatt is himself a figure of remembrance for the many people who met him, heard his stories, saw his artwork and marveled at his accomplishments as a celebrator of the richness of a way of life, even in the wake of its destruction. He deepened our understanding of the Jewish past with his gifts of memory, and he taught us the value of indulging an insatiable curiosity about the world in which we live and sharing this fascination with others.

Jeffrey Shandler is a professor of Jewish studies at Rutgers University. He lives in New York City.

Mayer Kirshenblatt, 93, Merchant Who Became an Artist of Memory