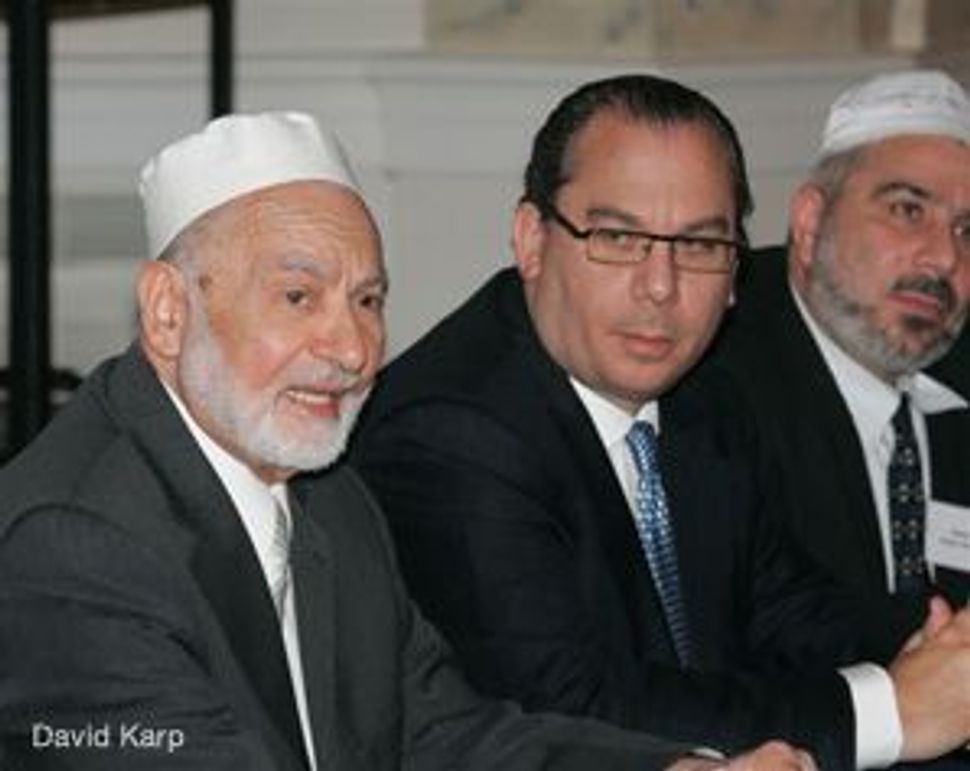 Hoping to replicate the successful Jewish-Christian outreach of the past 50 years, a group of mainstream rabbis and imams is launching an ambitious attempt to forge a national dialogue between American Jews and Muslims. 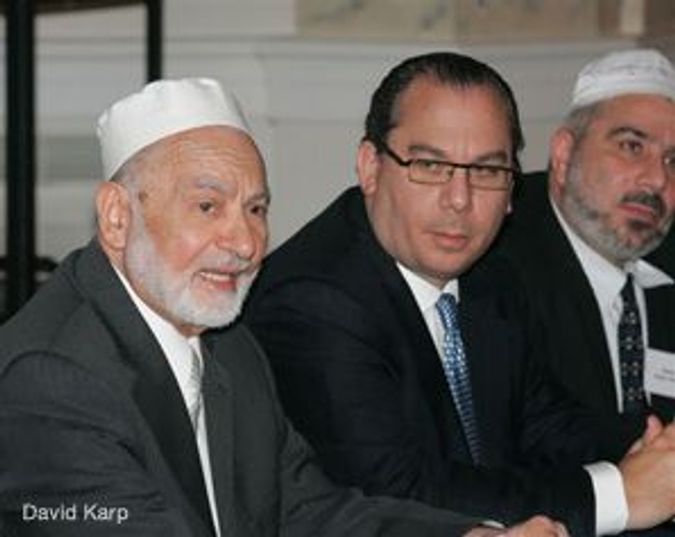 Last week, imams and rabbis from a dozen large American cities gathered in New York to discuss a broad range of topics, from religious texts to social issues. Notably absent from the agenda was one topic: the Middle East.

“We want to do with Muslims what has been successful with Christians,” said Rabbi Marc Schneier, who is president and co-founder of the Foundation for Ethnic Understanding. “It is just mind-boggling to think that this has not been done before.”

While there have been numerous local outreach efforts between the two communities in America in the past, and while similar confabs have been held in Europe and the Middle East, there has never been such a nationwide initiative here. In the coming months, the program’s promoters hope to formalize the dialogue by twinning synagogues and mosques across the country.

The participants called for the creation of a National Jewish-Muslim Brotherhood Day to be observed for the first time next year. On this day, all synagogues and mosques that have twinned with each other will hold joint celebrations focusing on the urgent need for dialogue and cooperation between Muslims and Jews in cities across America, according to a draft of a final resolution.

Promoters pointed to the geographical and denominational diversity — participants included Sunni and Shi’ite imams, as well as Orthodox, Conservative and Reform rabbis — and to the fact that they represent mainstream congregations.

And while the Israeli-Palestinian conflict has been sidelined because both sides agreed it would not be solved in such a venue, they insist that this is more than a photo-op. For instance, they noted, the debates, held at both Schneier’s New York Synagogue and the Islamic Cultural Center of New York, delved into such contentious issues as the potentially incendiary nature of certain religious texts.

“Unlike other interfaith initiatives, you have rabbis and imams delving into serious issues we need to address,” said Sheikh Yassir Fazaga of the Orange County Islamic Foundation in Mission Viejo, Calif. “This goes beyond the let’s get together, feel-good, feed-the-homeless together kind of activities.”

Keith Ellison, the only Muslim member of Congress, and Rep. Jerrold Nadler, a Jewish Democrat from New York, as well as leaders of the World Jewish Congress and the Islamic Society of North America, delivered remarks, but the meeting consisted mostly of a series of thematic workshops made up exclusively of clergy.

Schneier, who initiated the effort with imam Omar Abu-Namous Islamic Cultural Center of New York, said the idea grew out of a crisis between the two men a year ago. At the time, Abu-Namous said he was in favor of a one-state solution in the Middle East, prompting a stern rebuke from Schneier. “It re-energized our dialogue, and we focused on issues such as their worries about Islamophobia and our concerns about antisemitism,” Schneier said.

Abu-Namous agreed that the Middle East conundrum was the main reason that a broad-based dialogue between both communities had not taken hold in America. “There have been mutual ill feelings harbored by both communities, because each thought for years that Palestine belonged exclusively to them,” he said. “This froze everything.” Just as Jews point to their engagement with Christians as a template, Abu-Namous says his own dialogue with Catholics and Protestants helped convince him of the need to reach out to Jews.

Fagaza added that he was “glad” the Middle East issue had been set aside, “because it won’t be solved in this room.”

Still, both he and Abu-Namous admitted that it would need to be addressed at some point in the dialogue because of its centrality to both faiths.