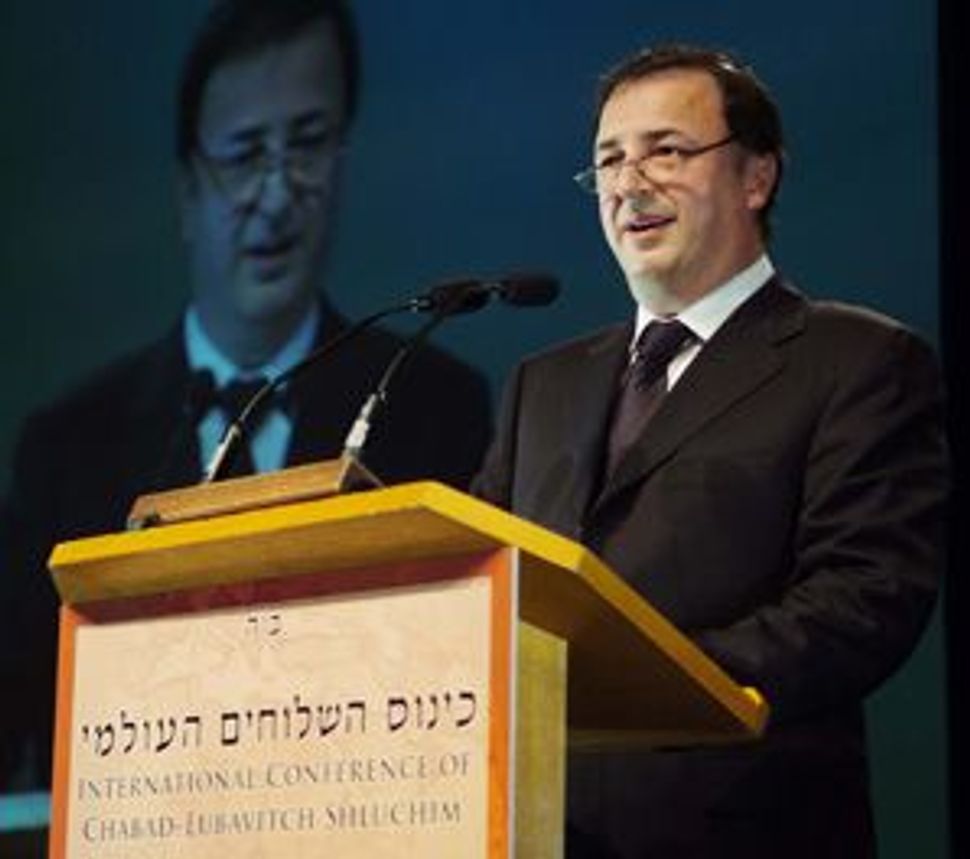 Lev Leviev, the Israeli diamond billionaire, had a busy schedule during his visit to New York this week. 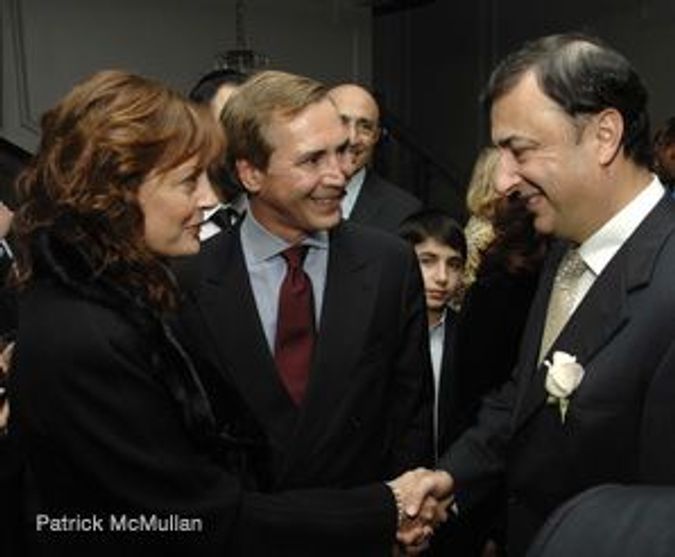 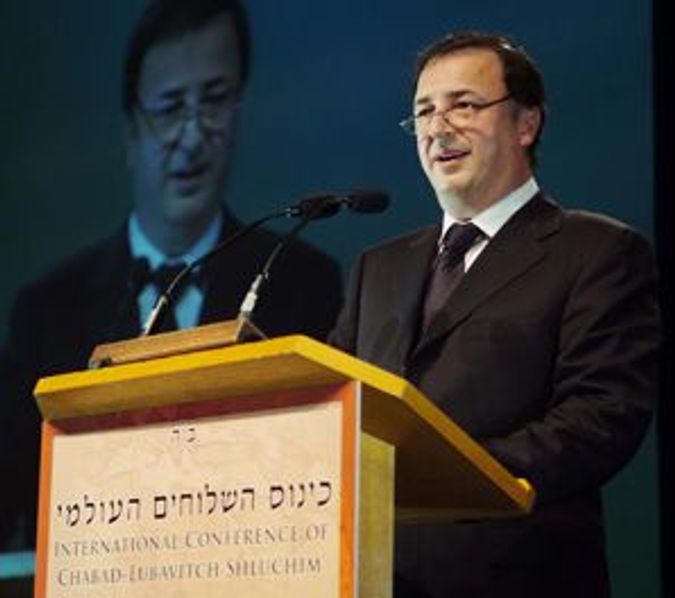 On Sunday, he flew to New York to appear in front of 4,300 black-hatted Chabad-Lubavitch rabbis. The Uzbekistan-born Leviev, who made his fortune cracking the De Beers diamond cartel, is the most powerful lay leader of the Chabad movement’s rapidly growing branch in the former Soviet Union, and he was given a standing ovation by the gender-segregated crowd.

Two days later, Leviev was still wearing his yarmulke, but this time around he appeared in front of women in low-cut dresses who had come for the opening of LEVIEV, the magnate’s flagship American diamond retailer on Madison Avenue.

Asked by the Forward about moving between such different worlds, Leviev said: “It is nice to put these worlds together, to make money and then convert the money into the spiritual. That is why I make money.”

Leviev was born in Tashkent, Uzbekistan, and immigrated with his family to Israel in 1971. He learned the diamond trade and, after coming up with an innovative method for processing diamonds, started his own diamond-polishing plant.

At the Chabad event, he spoke at length, in Hebrew, about the profound influence Chabad has had on both his personal and business philosophy. The late Chabad leader Menachem Schneerson blessed him, he said, when Leviev was a young man with no money to his name.

“I did better in every business venture since,” Leviev said.

His rise has not been without controversy. Leviev has been accused of profiting from diamond mines in apartheid-era South Africa, Angola and Burma. His closeness to Russian President Vladimir Putin has also raised some eyebrows.

This came to the fore at the store opening, when a group of protesters showed up behind the velvet rope that barred the entrance to the store. The protesters were most vocal in criticizing Leviev’s involvement in developing the Palestinian territories. But they also denounced his trade with the Angolan government, widely regarded as repressive, and his real estate holdings in New York City, which have come under fire from tenants’ rights groups.

Leviev “is destroying marginal communities in New York City the same way he’s destroying Palestinian communities in the Middle East,” said protester Ethan Heitner, who identified himself as a Jewish member of the group Adalah-NY.

A source close to Leviev said that the protesters were scapegoating the diamond merchant simply because he is an Israeli citizen. The controversies went unmentioned at the Chabad event — and they were also omitted from a lengthy recent story about Leviev in The New York Times Magazine.

“When you read The New York Times article, say a shehechianu, because this is the first time The New York Times has written an article without saying a negative thing in it,” said Rabbi Moshe Kotlarsky in his introductory remarks to Leviev’s speech at the Chabad banquet.

The banquet was the final event of a four-day long international Chabad conference that brought together lay leaders and shluchim (emissaries) who work in places as far-flung as Laos, Congo and Armenia.

Earlier in the weekend, attendees discussed new Chabad initiatives, which include not only the movement’s foray into online education but also a program that will give students the tools to decipher the Talmud. Leviev is president and chief donor of the Chabad-led Federation of Jewish Communities of the CIS, the most powerful Jewish organization in Russia.

“It was most gratifying to finally have the opportunity to publicly recognize Mr. Leviev for catalyzing Jewish renaissance in the former Soviet Union, as well as for his trailblazing work in other parts of the world,” Kotlarsky said in an e-mail to the Forward. “The philanthropic philosophy that he lives by, which he presented at the banquet, was deeply inspirational to both rabbi and layman alike.”

While a few Hasidic men attended the store opening several days later, the crowd was dominated by celebrities like Isabella Rossellini and Susan Sarandon. In a nod to both sets of guests, the organizers served nonkosher hors d’oeuvres but warned the Jewish attendees.

In one effort to synthesize his two worlds, Leviev employed a running metaphor during his speech at the Chabad banquet. “Every Jew is a diamond,” he said.